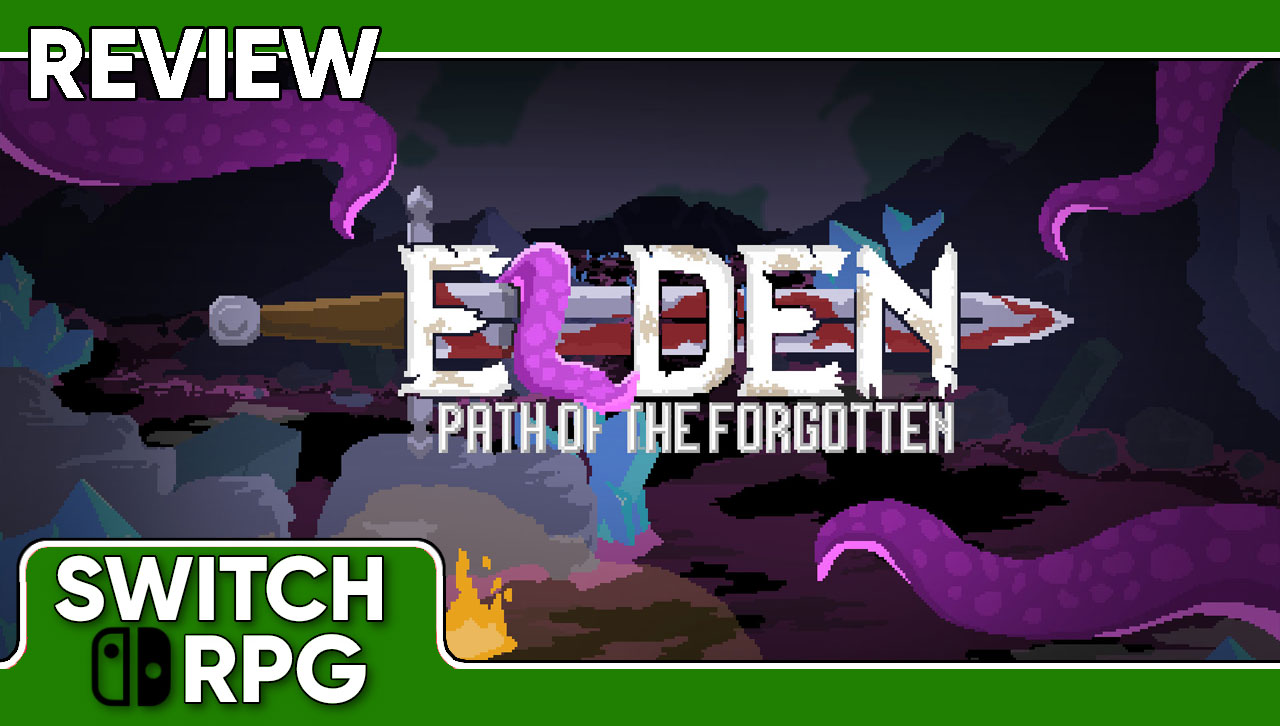 Ambiguity can allow the mind to wander, and for threads and narratives to develop in the absence of what is explicitly told. This can allow a video game enthusiast the chance to express their own creativity within the restrictions of a game, allowing us to feel the tension of a strenuous battle in a first-person RPG like Etrian Odyssey, or wipe the imaginary sweat from our brow when narrowly dodging an attack in Monster Hunter or Dark Souls. But ambiguity can also be a curse, and when a title fails to impart direction on the player in any meaningful way, the relationship between developer and consumer can become strained. Combine this with unoptimized gameplay, and the end result might feel disrespectful. Elden: Path of the Forgotten paints a harrowing picture with its environmental details, but fails to execute its nebulous narrative due to its commitment to saying- and thinking- too little.

Elden is an androgynous protagonist exploring a series of realms looking for their mother. Though a brief cutscene is meant to introduce this premise, you wouldn’t be able to discern this or just about any of the game’s details from what it explicitly states. This is meant to evoke the developer’s own sense of listlessness and bewilderment after venturing from home in his youth. What the game claims is “non-traditional storytelling through indirect methods – like reading an illustrated book in a language you don’t understand” seems to be more of an excuse to lack tutorialization and tell a decent narrative- though we’ll get to that later. The absence of tutorials means you’ll need to learn enemy behavior, button mappings, and objectives yourself in order to successfully complete Elden, though this isn’t a very difficult task. 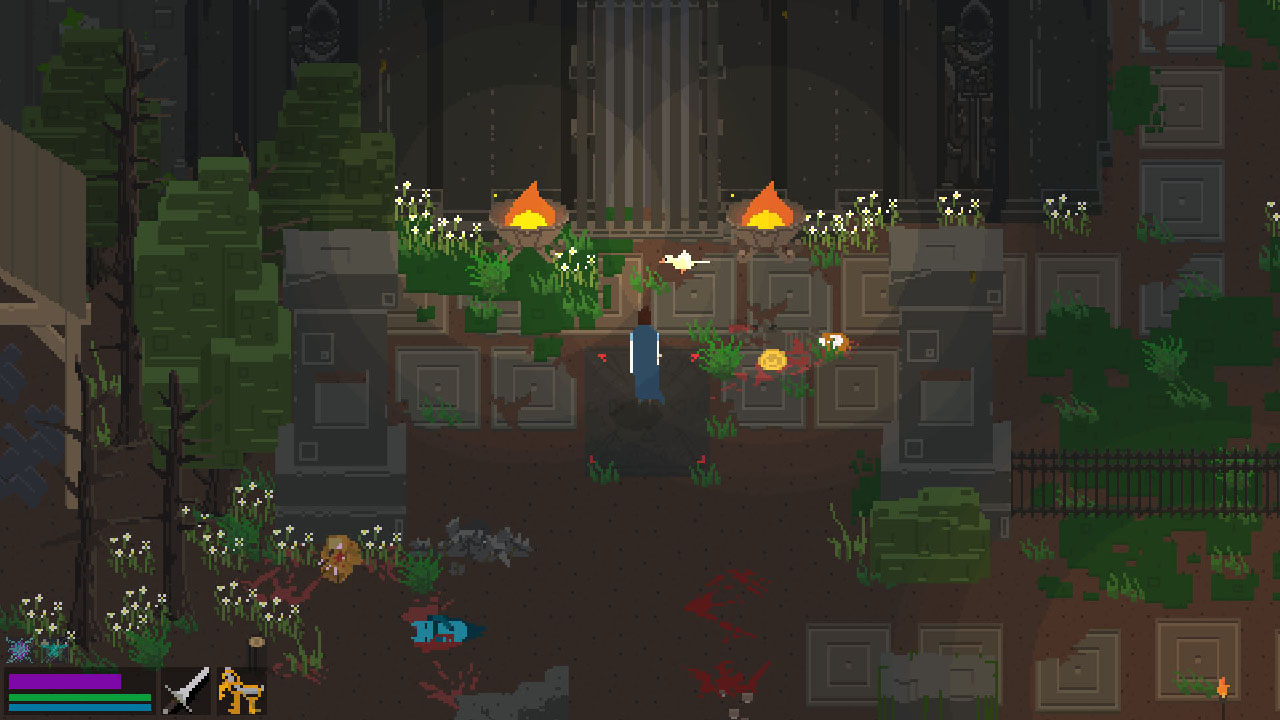 You will journey through a number of environments that are literally gated off in their own ways, some in order to condense the size of the playing field and encourage back-tracking, though others are gated to allow access to starting areas so that the player might attempt to farm resources. Along the way, you’ll encounter a modest variety of enemies with unique attack patterns, which you’ll need to defeat through the use of physical attacks and magic. In divulging the button mapping of the game, I suppose I would be doing the product itself a disservice, as an important element of its obtuseness is the lack of information. Needless to say, discovering the way inputs are utilized isn’t terribly difficult or revelatory, but slowly learning the placement of said inputs and abilities isn’t very fun, either.

Along the way, you’ll come across certain magic crystals that will imbue a trio of powerful, yet very limited abilities to your character. The ability to utilize them consistently will require the consumption of a few environmental drops, which are scattered throughout each landscape. You’ll spend most of your time moving through each section of the map currently available, looking for keys to unlock previously-spotted gates, or in the hopes of finding one of the game’s sparse hint parchments, which reveal in symbols what is needed to progress. These hints themselves lack words, and sometimes the imagery they display isn’t very helpful, but they exist.

Elden’s art style is reminiscent of some other top-down, ambiguous titles like Hyper Light Drifter and Resolutiion, though its early-game environs possess more naturalistic details such as trees, sand, snow, and other elements that imply a more grounded reality. This isn’t the case throughout the game, however, and the more maddening areas are also suitably rendered in a simplified, pixelated fashion. Though Elden claims to be inspired by 8 and 16 bit titles, I am having a difficult time finding any classic titles that might warrant comparison, and would instead stick to the previously mentioned pair of games. 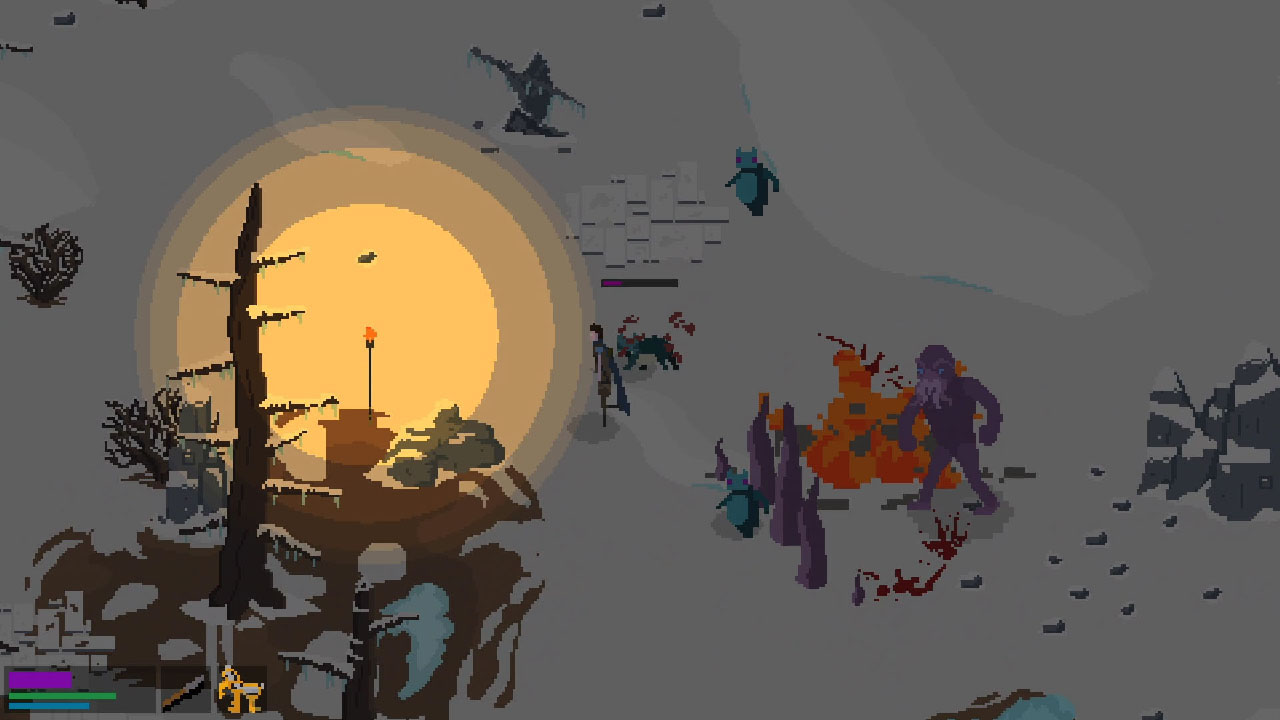 Though a number of Elden’s enemies are Lovecraftian in design, there seems to be little unifying aesthetic encompassing them, with the basic grunt units looking very similar to their canine counterparts and completely out of place in comparison with the more monstrous creatures, which in turn are also inconsistent. You’ll fight frost giants, big, purple dragons, octopus-faced brutes, and more mysterious mages and shades, but some feel far more detailed than others in either animation or their sprite, though they don’t seem to fit a general theme. If this is meant to disorient, then it is successful, especially since the soundtrack consists of a number of tracks that feel reminiscent of Ashen’s environmental exploration themes, though lacking in a similar dynamic range. While it does make for a mostly-peaceful exploratory phase, it doesn’t mesh well with the combat you’ll eventually encounter.

As mentioned prior, there is simply an opening and ending cutscene for Elden’s journey, though these do nothing to elucidate the plot or the purpose of the world. There are unique characters to be found throughout your brief journey, but their motivations are similarly obscured and their relation is unknown. Just kick back and enjoy the opaque ride.

While there is little to say as a preface to the experience of playing Elden without negatively impacting the developer’s intent to obscure details, the game’s own optimization and odd mechanics do no favors for the end product, either. The ambling ambiguity is meant to imply some hidden depth, but this is dispelled upon discovering the shallow nature of the experience. There might be some quiet, sympathetic message beyond Elden’s narrative and gameplay, but it is fairly difficult to glean anything from what is only implied in the final cutscene, and the opening is only successful as an impetus for the initial journey.

While this open-ended narrative wouldn’t be much of a point of frustration in itself, it is the technical gripes that negatively impact the experience as a whole. Though the game is marketed with reaction-based attack patterns and unique and brutal weapons and magic, the only consistency you’ll find in combat is how inconsistent hitboxes tend to feel. Enemies don’t bounce away from successfully-landed attacks, instead becoming frozen in place as they attempt to reset their attack animation. Though you’ll see their blood splatter permanently on the ground, you’ll rarely feel like your weapons actually connect due to the only indication being a miniscule health bar above their heads. The only time I ever felt there was an exception to this rule was when wielding the spear, which has such an absurdly small hitbox that felt like a huge risk to utilize- but it at least felt consistent. Don’t bother with the axe, either, as it’s slow windup and pitiful range are in no way balanced by its slightly-higher damage output. 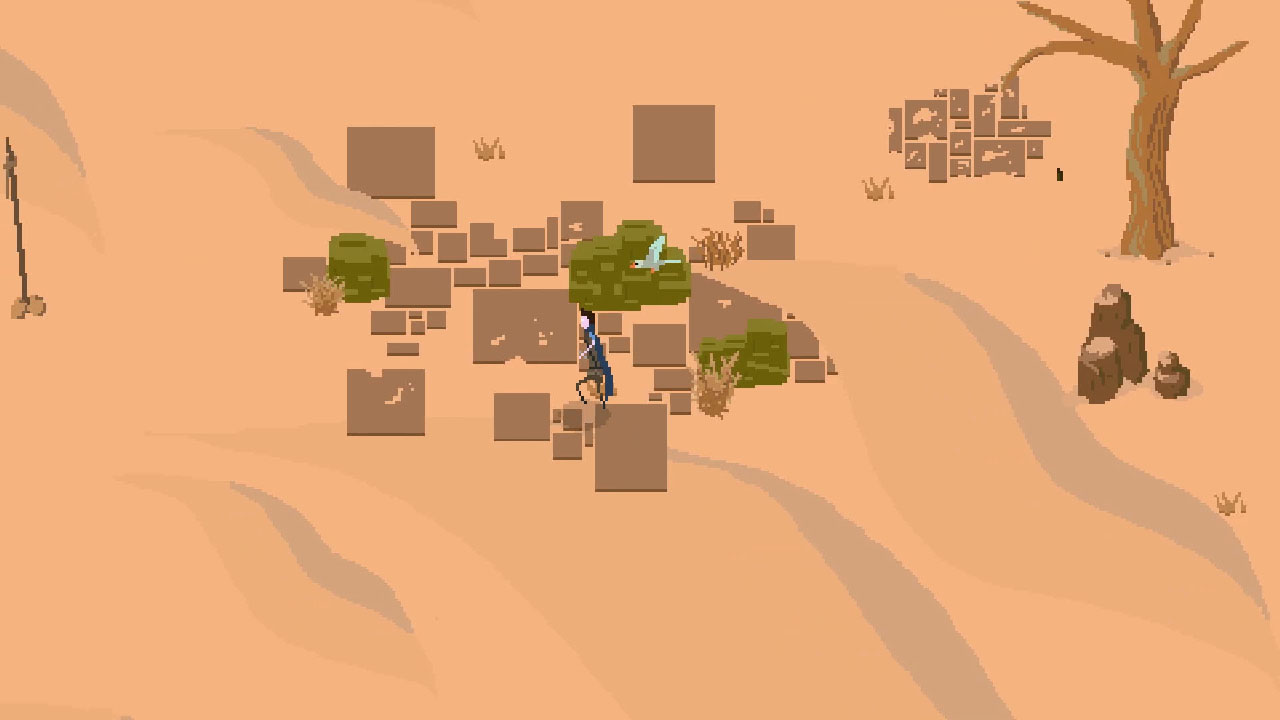 Elden seems to want to encourage a mixed approach with its combat, as the magic bar regenerates at a snail’s pace and has limited utility, except some enemies are much easier to defeat when sticking exclusively to a single attack type. The only problem is that combat is rarely a requirement, and is actually discouraged by both the buggy nature of enemy AI and behavior and the inventory system. You’ll eventually realize that save points in Elden will restart you with the same amount of health you had when you first accessed them, and since the only benefit to engaging with enemies save for a few scenarios is the chance for a consumable drop, wasting time and resources in-combat is far from preferable. Although the game will lock you into combat arenas early on, it becomes fairly lax about this in later environments, which means you can hoard your items for boss battles specifically and avoid most encounters altogether.

There’s always the risk of getting locked into a combat arena with no means of escape once you’ve killed all enemies, a consistent bug I encountered mid-game, as is there a chance that you’ll be trailed by a single, unkillable enemy for a third of your playthrough. You’ll likely encounter wall clips and mind-bending hitboxes from time to time, but this is all exacerbated by the slowness of the game. A sprint button that barely improves the character’s running speed and drains precious stamina means you’ll be plodding through the environments, which possess a competent art style but lack variety. These issues further serve to frustrate the player in an experience that ultimately amounts to only about three to four hours of play.

The issue of price and its validity often emerges when discussing a video game, and considering games will always go on sale, it is hard to claim that Elden is undeserving of its current fifteen dollar price point. But considering there are longer, more atmospheric, meaningful action RPGs with more substantial RPG mechanics that are better optimized for the platform, it is difficult to find any reason to recommend Elden. If its combat felt a bit more reliable and its gameplay loop were more impactful to the experience, I might consider replaying the game, but changes such as these are drastic and fundamental. This means that Elden is unfortunately on the path towards being forgotten, save for those looking for a contemplative and relatively light gameplay experience.