The decades-spanning Dragon Quest series really needs no introduction, considering it is the most popular RPG franchise in Japan, and a solid contender for a top spot elsewhere (not the US, though- Ed). All things must begin somewhere, though, and Square Enix has now made it quite easy to experience the roots of the franchise with the addition of the first three Dragon Quest games on Switch, right alongside the gargantuan Dragon Quest XI S that released late September. While the trio of vintage titles are, sadly, not in their purest forms, they still provide an easy means of experiencing the humble beginnings of the 30+ year old franchise. 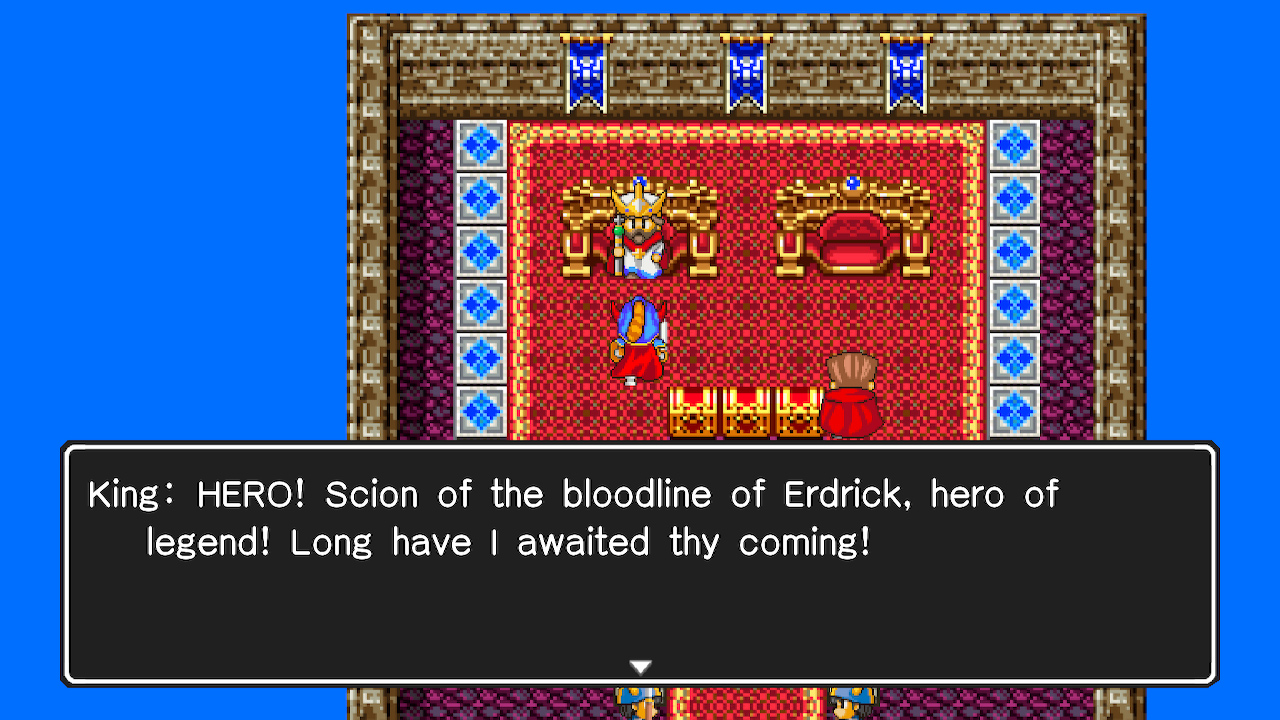 The kingdom of Alefgard has been ravaged by the Dragonlord – an evil being of pure darkness. He succeeded in intercepting the Sphere of Light – a holy artifact that has kept the darkness at bay since the days of Erdrick, the original wielder of the relic – and now rules Alefgard through widespread fear. On top of that, the Dragonlord has locked Princess Gwaelin away behind one of his most fearsome dragons, further straining the inhabitants of Alefgard as a result. Thankfully, a stranger comes to Tantegel whose lineage dates back to the legendary Erdrick, and he takes it upon himself to save the princess, defeat the Dragonlord, and return the Sphere of Light from whence it came.

The plot in Dragon Quest is a fairly cut and dry fantastical tale in which the hero defeats the darkness, but that is okay. One must keep in mind that this is a 30 year old game, and storytelling in console games specifically was in its infancy at the time. Castles and villages are filled to the brim with NPCs waiting for the hero to strike up a conversation, yet even here, there isn’t a great amount of depth given to the story or main characters. That said, the townspeople do add a bit of flavor to the world, in addition to providing very useful tidbits on how the hero is to be successful in his quest. 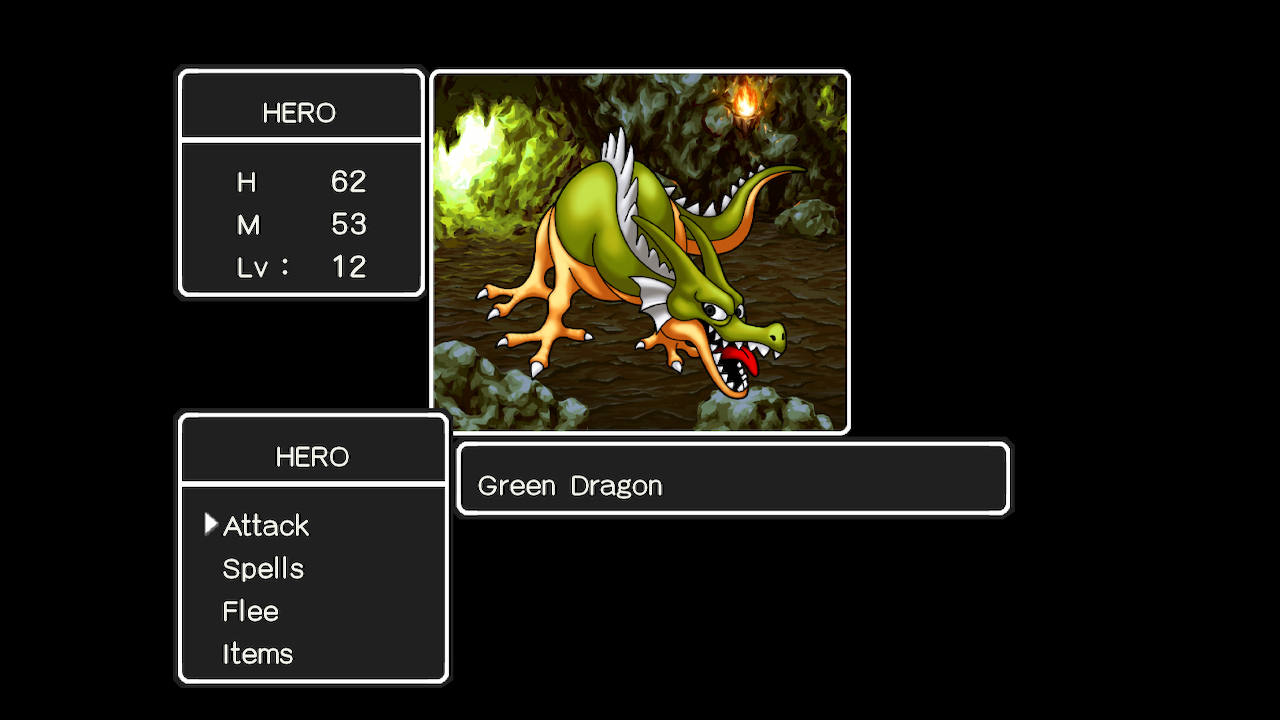 Of course, the vintage concept involving the plot itself and its delivery also applies to the game mechanics of Dragon Quest – it is an elder of the genre, after all. Dragon Quest is the original turn-based JRPG, which has you scouring the world and fighting hordes of creatures along the way. The hero will exchange blows with his adversaries by way of a basic melee attack, as well as spells he is to learn as his level improves. It should be no surprise that original hardware limitations come into play here also, but at least each command tends to serve some sort of purpose rather than feeling like needless bloat.

The original Dragon Quest is all about the grind, and if you don’t commit to that from the outset, your journey will ultimately prove to be a waste of time. Alefgard is a relatively small landmass, but progression is gated behind the hero’s level, as well as his gear – and neither aspect comes cheap. The hero’s quest isn’t a lengthy one – a few hours for most players – and most of this time will be spent grinding, whether for money, experience, or both. Simply put, grinding is the lifeblood of Dragon Quest, and there is no way around it if you have any hopes of defeating the Dragonlord. 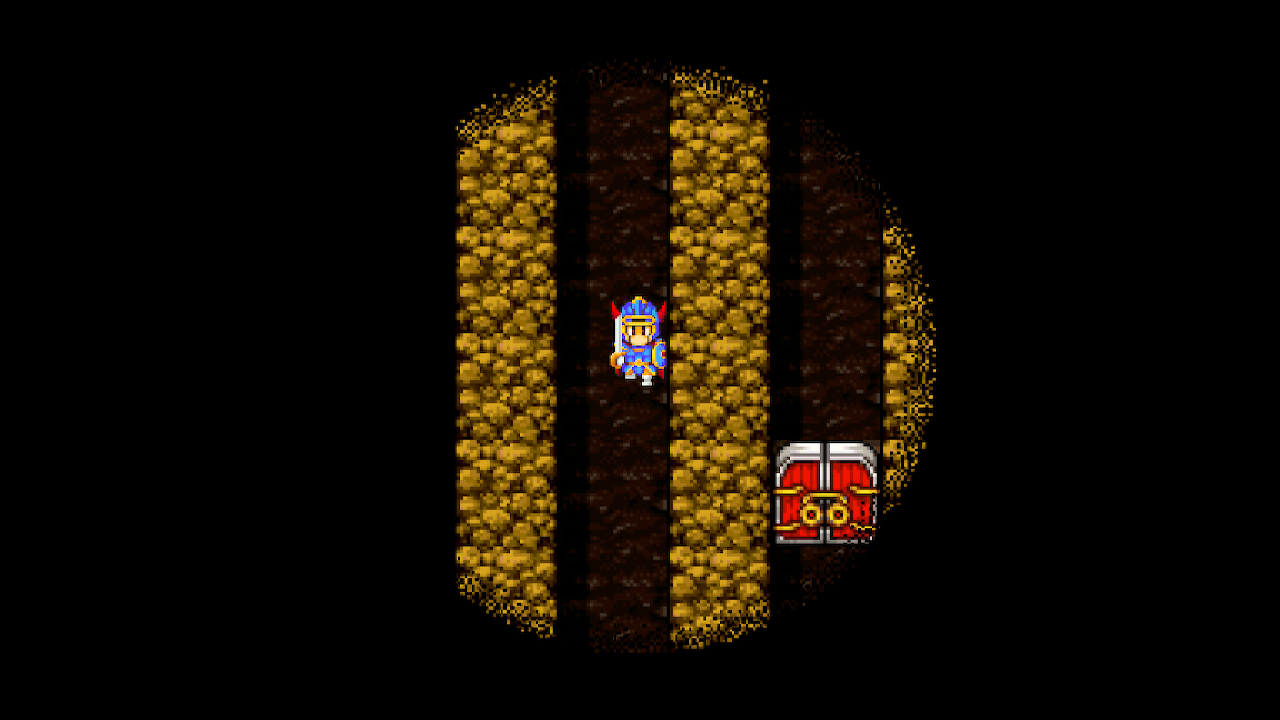 Character progression is fairly straightforward, but story progression may stump the player at times. This is where exploration and recalling conversations comes into play, as a mandatory sequence of events will often need to occur- despite not always being obvious at first glance. Though puzzling at times, things feel acceptably vague considering the game’s already short length, though finding the hero’s birthright proves a bit of a frustrating outlier.

Newcomers to Dragon Quest may be taken aback upon the realization that they can only save at Tentegel Castle. That’s right – dying in the Dragonlord’s domain puts one back at the very beginning, though not everything is lost when this happens. This version of Dragon Quest does feature an autosave, which can pick up some of the slack in certain cases, but one should take this as a precaution to not bite off more than they can chew. Traveling, in general, does get much easier as the hero unlocks spells – Evac and Zoom to be specific – but the first couple of hours can certainly test the patience of the player.

In a matter of minutes after starting the quest, the hero will come across doors that can only be unlocked by magical keys. These become available later and provide easy, useful rewards when returning to previous areas – a frequent occurrence throughout the journey to take down the Dragonlord. Overall, the gameplay is about as good as it can get – when keeping the context of a 30+ year old game in mind. 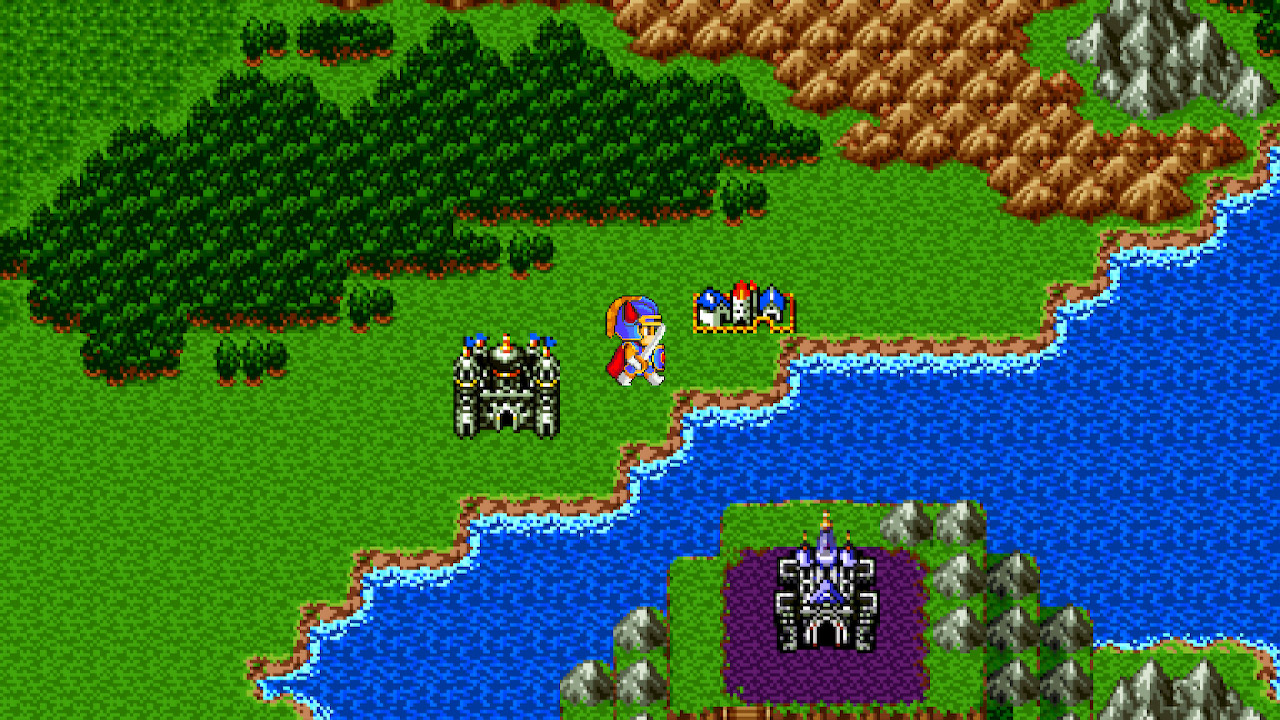 By far, the most heinous act of this version of Dragon Quest is its graphical package, which is clearly a direct port of the mobile version. It features a blend of traditional pixel art, handcrafted artwork for battles, and extremely odd character sprites. The pixel art and battle graphics, though polar opposites of each other artistically, are acceptable, but the character sprites have no reason to be in the mix in their current form. The multi-faceted graphic choice here somewhat cheapens what could have been an easy-to-charm aesthetic, instead only stinking up the experience.

The works of Koichi Sugiyama may not appeal to everyone – I’m a fan – but the soundtrack here has a better chance of broad acceptance, with it being the orchestral version rather than the original chiptune rendition. The unsettling, but hopeful fanfare of the world map theme helps provide a more emotional investment to the task at hand, and the serious, regal tune of Tantegel Castle falls right in line with the weight of the journey and the power behind the one that requested it. Sound effects are equally nice – the Dragon Quest series always has a way of making critical hits feel incredibly chunky, and this game is no exception.

The Switch version of Dragon Quest, despite being on better hardware and a clear husk of the mobile version, still has some performance issues. Scripted events have NPCs in motion twitching about, and there is a constant stutter when it comes to the camera movement. Software crashes are also possible, as even my own journey to the Dragonlord fell victim to one. This was somewhat offset by a clean autosave, but it shouldn’t have happened in the first place. A 30+ year old game – an iconic one at that – should not have fallen victim to such senseless performance issues.

Having an easy avenue to experience the beginnings of the Dragon Quest series on the Nintendo Switch is important, not only for the future of the franchise itself, but for the enjoyment of players – series fans and newcomers alike. First impressions can speak volumes however, and in that lies my hope that future Dragon Quest ports are handled with the care and respect they deserve. This is undoubtedly not the best way to play Dragon Quest, but is not that bad if you can’t be bothered to play it in another format.

It sucks to hear the port isn’t the best quality. I’ve been meaning to get into dragon quest for a while now so I’ll hold off on getting this one but I’m happy that I know of this games issue before buying it. Thanks for the review

It’s actually not “bad” if you have no other way to play it. Also, if you’re like me and only play stuff on Switch these days, you could do far worse.

For the low price, I forgive the performance issues. Takes me back to my old NES days and did not disappoint.

Great review! I never had a chance to play the original Dragon Warrior but I loved the early Final Fantasy titles, FF1 was probably my most played NES game.

I’m not sold on the visual style of this version, but based on what you’ve praised in the game, if I see it go on sale it will be an easy buy for me to cash in on this piece of early RPG history.