Sequels within a game franchise give the opportunity for innovation, refinement, and growth. While sequels to the most cherished of titles can often lean towards a mixed reception – here’s looking at you, Final Fantasy II – that isn’t always the case, depending on the game in question. The inaugural release of brand-new IPs can sometimes be held back in ambition by strict budgets, so their success should, in theory, pave way for even better content when the inevitable sequel comes along.

One example of this is today’s topic – Dragon Quest II: Luminaries of the Legendary Line – a sequel to the first Dragon Quest fueled by a surprisingly short development window of less than a year (in its original Famicom form). Over the years, this entry has garnered a reputation for being one of, if not the most difficult title in the franchise. Although the Switch version seems to be based off the much easier mobile rendition, downsides and all, it provides a fairly short, but sweet romp through the new scenery of Torland. 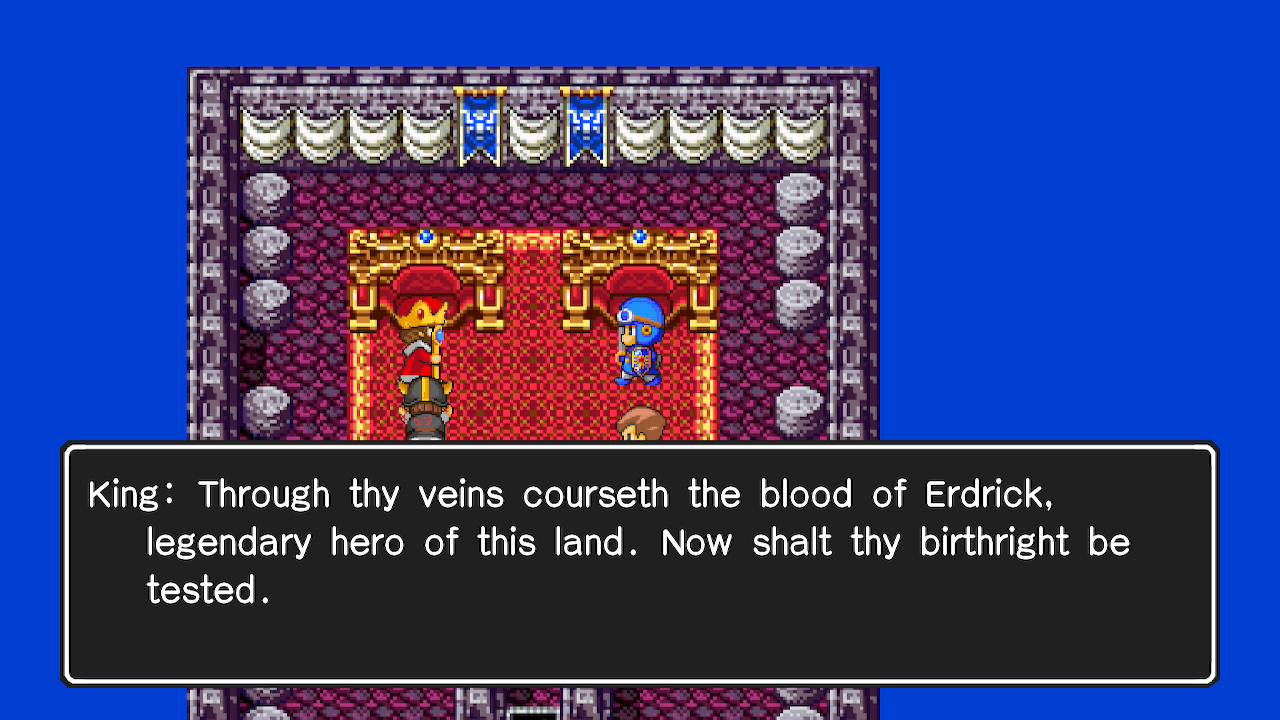 Set a century after first game, Dragon Quest II focuses on the adventures of three descendants of the legendary Erdrick whom, as a result, are also tied to the bloodline of the hero in the original Dragon Quest. After the kingdom of Moonbrooke is decimated by a new evil – Hargon – the regal force of the neighboring kingdoms of Midenhall, Cannock, and perhaps even Moonbrooke itself combine in order to stamp out this newfound threat. Why rally the army when the princes and princesses of the world can unite to vanquish the foe? This is the awesome power of the Erdrick dynasty.

Players will soon discover why this quest will take three, instead of the solo endeavor from the first game, to succeed – Hargon is a cunning, master illusionist that is not to be taken lightly. If the destruction of Moonbrooke in the opening cinematic is not enough evidence of their unbelievable power, perhaps the mind-warping dungeons you’re destined to discover along the way will be. Even the descendant of the Dragonlord – master of evil from the first game – is quite concerned about Hargon. Clearly, something must be done.

Dragon Quest II has more story and character development than its forebear, and that is from the opening cinematic alone. The process of building your party will bring about some additional context to each key protagonist, but nothing too in depth. Once the party is assembled, there isn’t much development to be had here, but it is still a welcome change when compared to the first Dragon Quest. 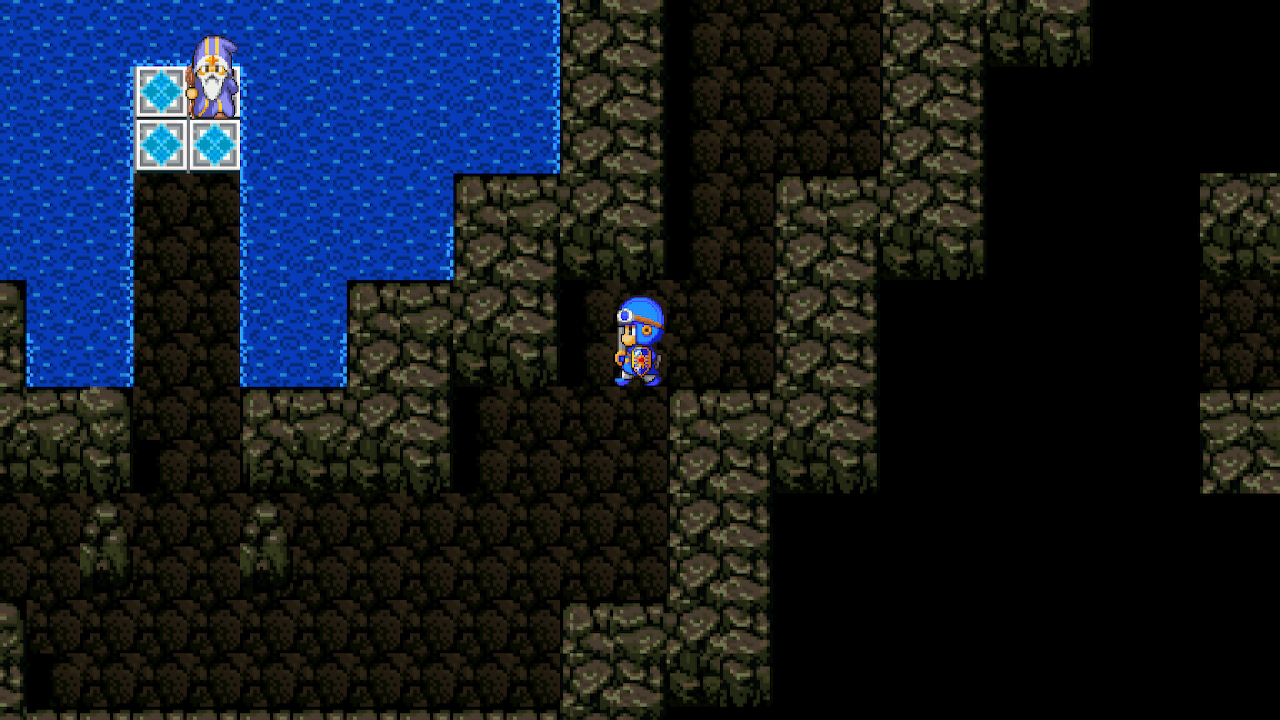 While Dragon Quest II expands quite a bit in most aspects, its core systems remain roughly the same as they were previously. It is still very much about the grind – whether it be experience, or money, and you’ll roam around the world fighting turn-based battles. However, there are some key differences to consider. First, Torland is substantially larger than Alefgard was in Dragon Quest, only occupying a small chunk within the much larger landmass of Torland. There are more towns, dungeons, enemies – you name it. Dragon Quest II multiplies the same systems found in the previous entry, and does so with great success.

Gone are the days of roaming the world solo – instead, a party of three is created in hopes of vanquishing Hargon for good. Though the hero of Dragon Quest was a well-rounded adventurer, capable of swordplay and spell slinging, the trio’s powers are a bit more diverse: one fits the the warrior archetype, another the battlemage, and the last one fulfills your standard wizard role. It takes time to assemble the party however – Dragon Quest II begins in the boots of the warrior, so things can be a bit shaky early on, but the game does a great job of easing you into its difficulty. 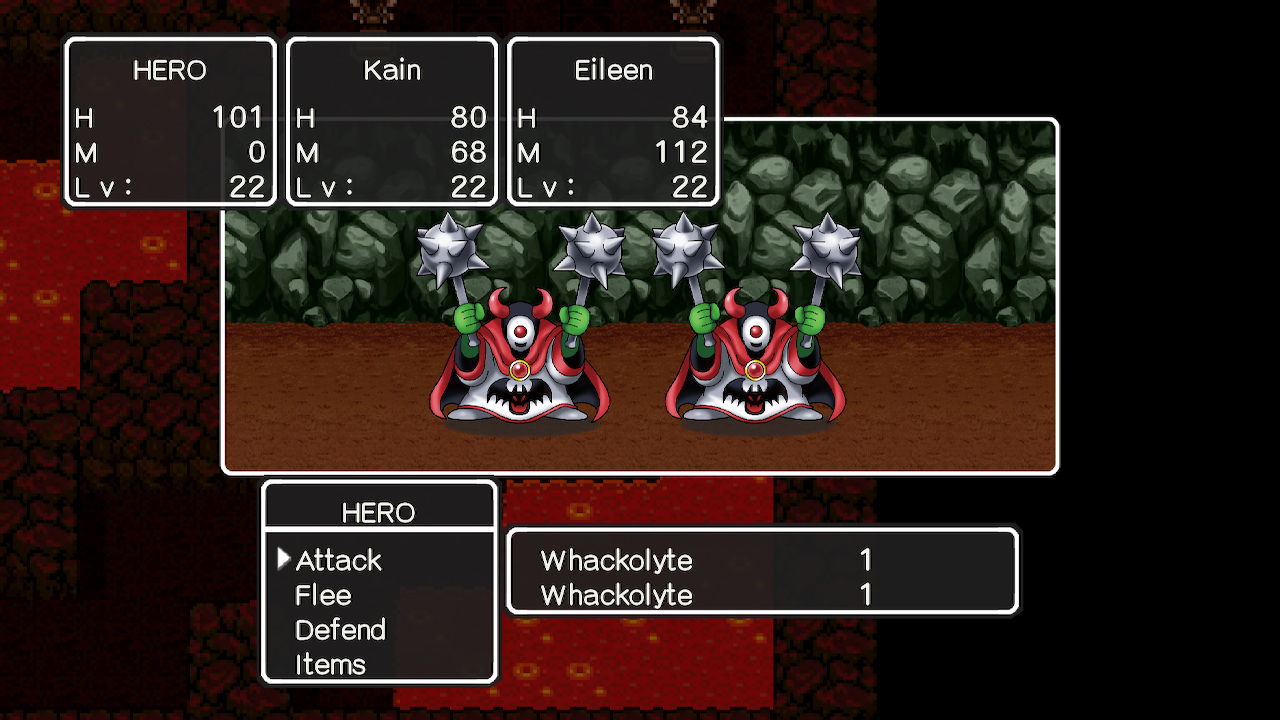 In fact, this version has, dare I say, one of the finest examples of a natural, fair difficulty progression curve out there. Dragon Quest II doesn’t seek to overwhelm you in the beginning, providing a relatively linear path for the first half of the adventure. Initially, enemies and dungeons are basic, but this scales up in difficulty for the former and length for the latter in an impressive, buttery smooth way. Eventually, the game opens up and allows you to tackle a handful of objectives in the order of your choosing, but even then it is clear what general path you should take, relative to enemy difficulty.

Towards the end, there are a couple of exceptionally brutal dungeons that can easily overwhelm the unprepared, and some boss fights that can be extreme gear/level checks if you’ve made it a point to evade lots of enemies up to that time. That said, save for a couple instances, there is never a huge need to grind as long as you’re making it a point to stop and fight along the way. Ultimately, Dragon Quest II provides a solid challenge that never feels unfair – well, except for that final cave of death. Have fun with that cluster of a dungeon!

This Switch port continues the tradition started by its forebear, mixing a hodgepodge of graphical styles thanks to its mobile roots. None of the individual styles are necessarily bad, but the character sprites still feel out of place from the rest of the world. Enemy graphics are not quite as grating this time around, as many have been downsized to accommodate larger parties on both sides of the battlefield. Still, the overall aesthetics are likely not going to sit well with many, but they are a bit more forgivable this time due to the aforementioned adjustments. 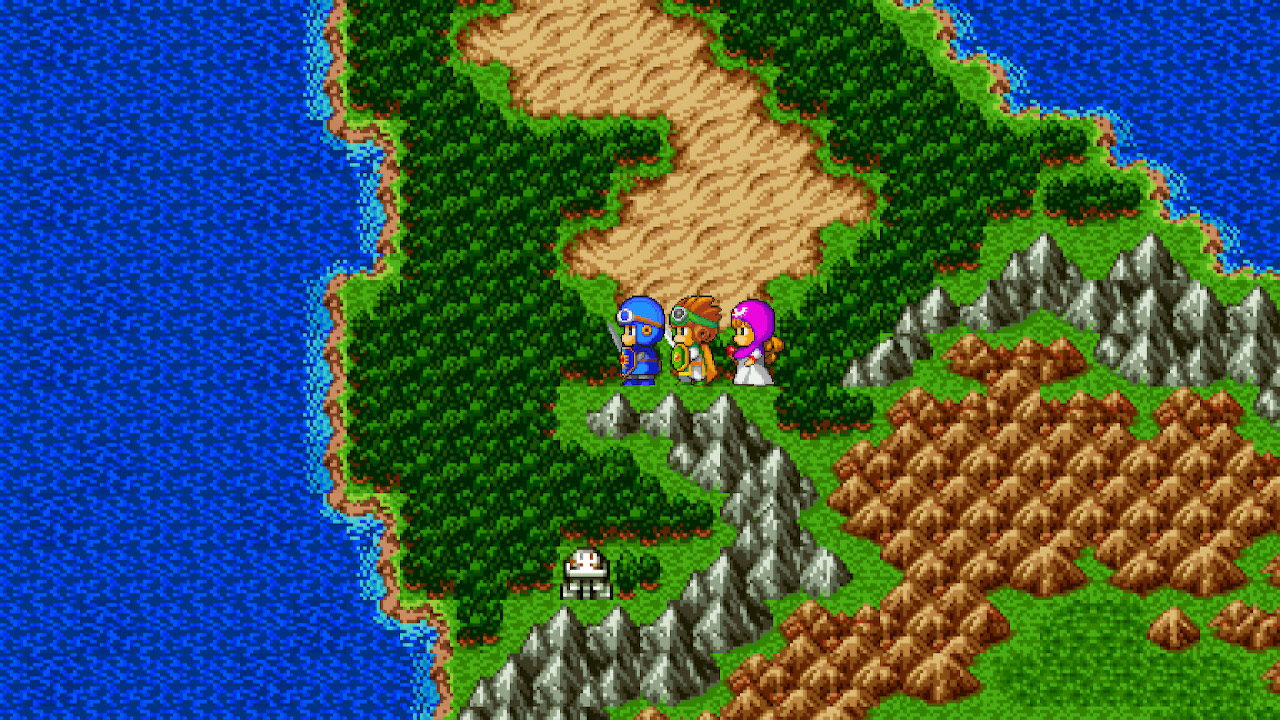 Dragon Quest music is Dragon Quest music. The orchestrated soundtrack here is really well done, but may be off-putting to those that prefer chiptunes in their nostalgia trip. Overall performance is noticeably better than the standards set in the original Dragon Quest on Switch. My 10-15 hour adventure experienced little to no slowdown, and zero crashes, but the fact that these things are commendable in a ported version of a mobile game is another point of concern entirely. Regardless, Dragon Quest II seemed to perform better in every aspect compared to that which came before it.

Dragon Quest II takes the best things from the first game and improves upon them in a meaningful way. Not only is the world much larger, having companions with you makes the journey that much more enjoyable, even if they are void of meaningful personality – a grandfathered trait from its Famicom roots, I imagine. It continues the tradition of “grinding to gold,” providing a substantial – but fair – increase in challenge as you get closer to Hargon’s lair. While its vanilla form is considered extremely unforgiving, this version is anything but, and is an adventure to consider taking should you be interested in getting to know a 30 year old franchise even better.

DQ2 really shows the roots of the series. Absolutely adore seeing the history of such a great RPG on Switch with the 1-3 collection!