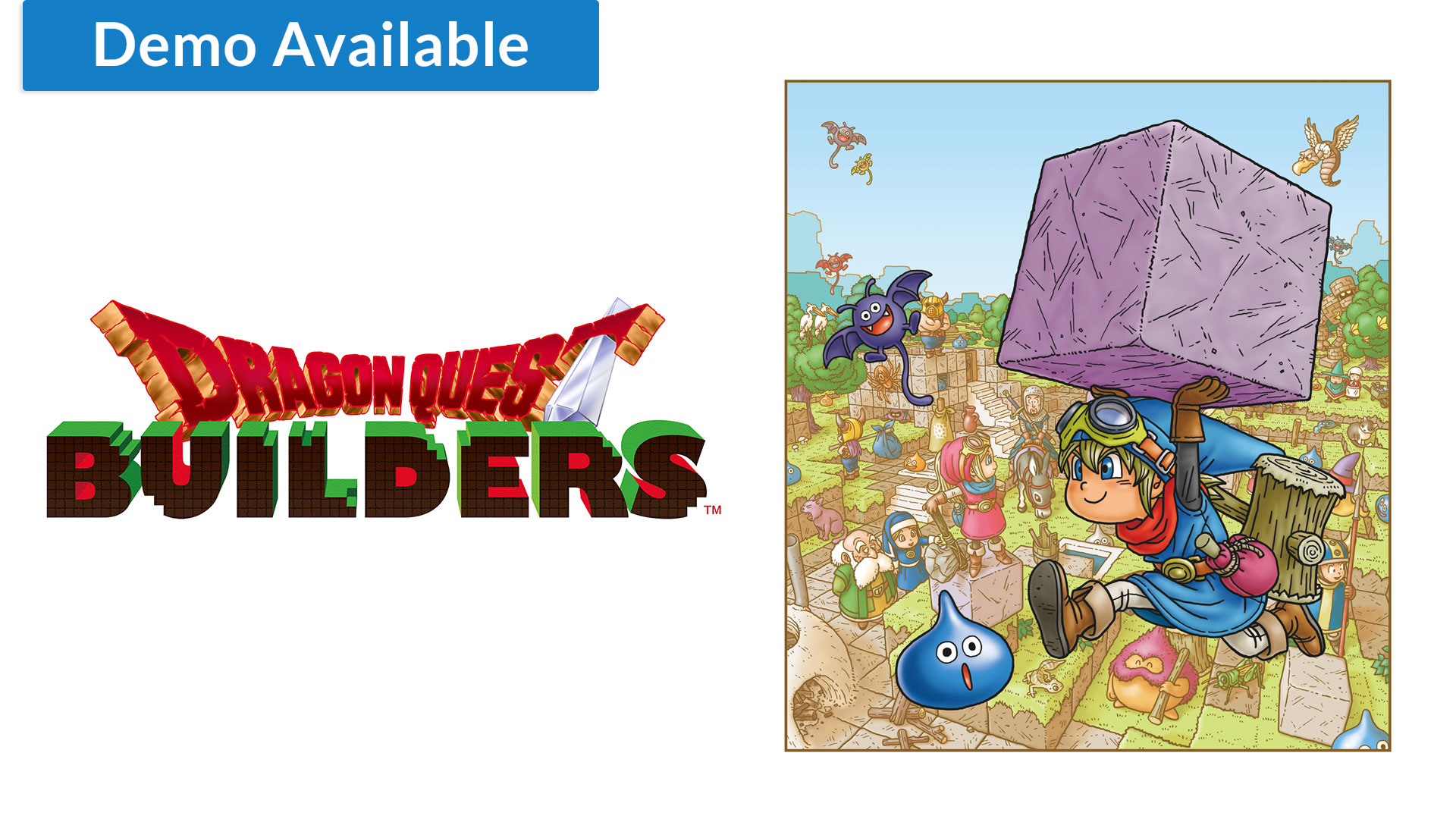 Dragon Quest Builders is a really odd game, and one I never expected to enjoy. While I’ve delved in and out of Minecraft over the years, I wouldn’t consider myself a diehard fan of the genre. When Dragon Quest Builders was announced, it piqued my interest again. The Dragon Quest / Minecraft hodgepodge is something you’d probably never dream of asking for, or even expect to work. But I am so glad that it is a thing.

You play as the builder of legend, and are able to choose from a male or female character. The world you inhabit has fallen on dark times, and generations of people have been robbed the ability to create. Basically, almost everyone runs around and has no idea what they are doing. I mean, you run into someone who doesn’t know what hamburgers are for pete’s sake. But legend tells of one blessed with the power of creation, and he or she alone can restore the world back to its former glory. You are reminded from the beginning, however, that you are not a hero. You were not called to beat the ultimate baddie; your purpose is to pave the way for those that can.

You aren’t completely useless outside of construction, but the people you meet during the course of your adventure have no problem telling you how they perceive you. Oftentimes, your companions will doubt your skills to build or your prowess in combat. Some people just don’t like that derpy look on your face! Perhaps it is simply due to generations of “builder’s block” that leads to the skepticism. Or, you know, maybe they really just don’t like your face. 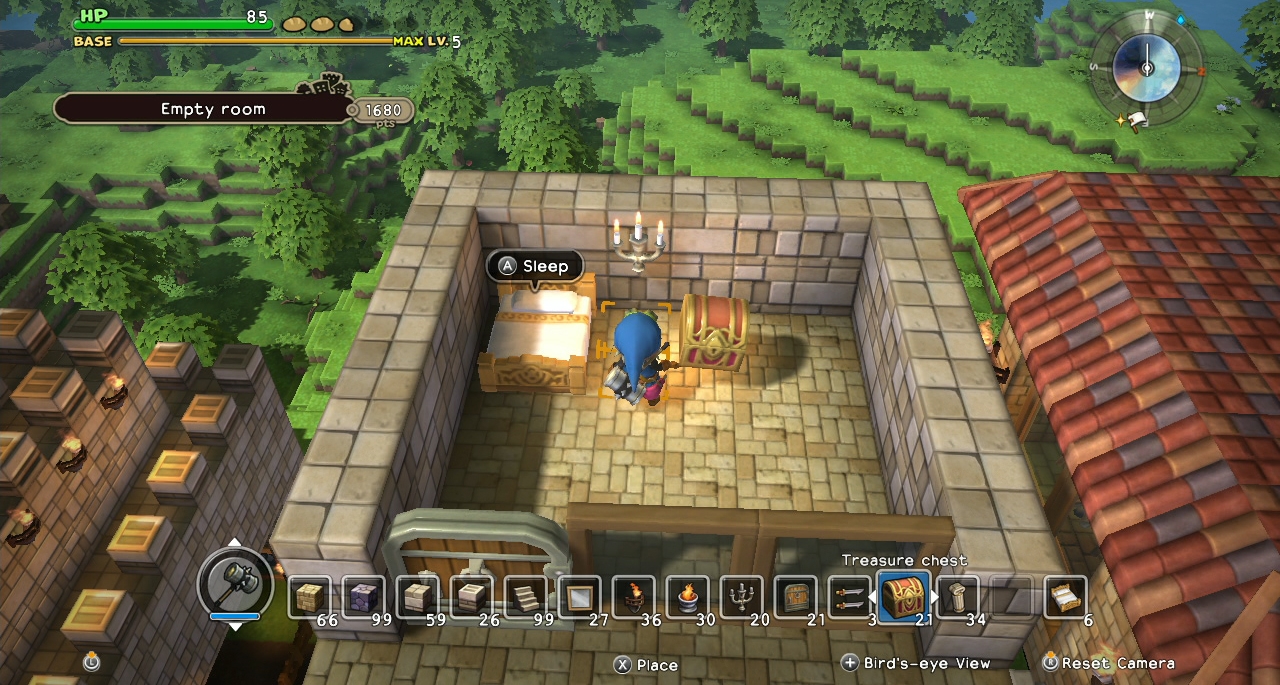 I really appreciated these light-hearted moments because Dragon Quest Builders definitely presents a somber story. To say that the situation isn’t dire is an understatement. After all, the world has been in its current form for centuries, and only you can change it. I feel that, too often, games take themselves too seriously. But there certainly is a balance to be made as well. Too many jokes could lead to the game feeling more like a parody rather than the occasional comic relief. I feel that Dragon Quest Builders strikes perfect equilibrium here, and other games could certainly learn from it.

Gameplay-wise, Minecraft veterans will immediately feel at home with Dragon Quest Builders. It is very much a gathering fest where you will obtain various materials to build structures, craft weapons and cook food. Unlike Minecraft, the world of Dragon Quest Builders world is segmented into separate islands and chapters, and locales are only partially randomized. There is enough to see and do in each location that this shouldn’t be viewed negatively, but those that yearn for the expansive unknown found in Minecraft may be a bit disappointed.

The craftables in Builders, although large and varied, aren’t quite on the level of Minecraft. In the game’s defense, it actually encourages more than just crafting and building. Combat plays a rather large role in the game as well. There is a healthy amount of variety in the monsters you face, and many of them have their own skills you’ll want to learn how to counter. The first two chapters of the story are almost too easy, but there is a decent amount of challenge to be had in the last half of the game. Even though the combat is pretty simplistic at its core, it still offers a nice change of pace after spending all day perfecting your town’s inn.

Where Dragon Quest Builders really begins to set itself apart from others in the genre is its focus on quests. While that’s not to say that other games, with or without mods, don’t provide this equally or better, this game once again strikes a great balance of freedom and structure. The quests in Builders serve as part tutorial and part a way to progress the story. Most of the quests are quick and easy, but they always have a purpose. I found that it is really the character interactions that make quests enjoyable (and oftentimes, hilarious). Whether you appreciate the openness of sandbox builders or need a little more structure, there is a little for everyone to like here. 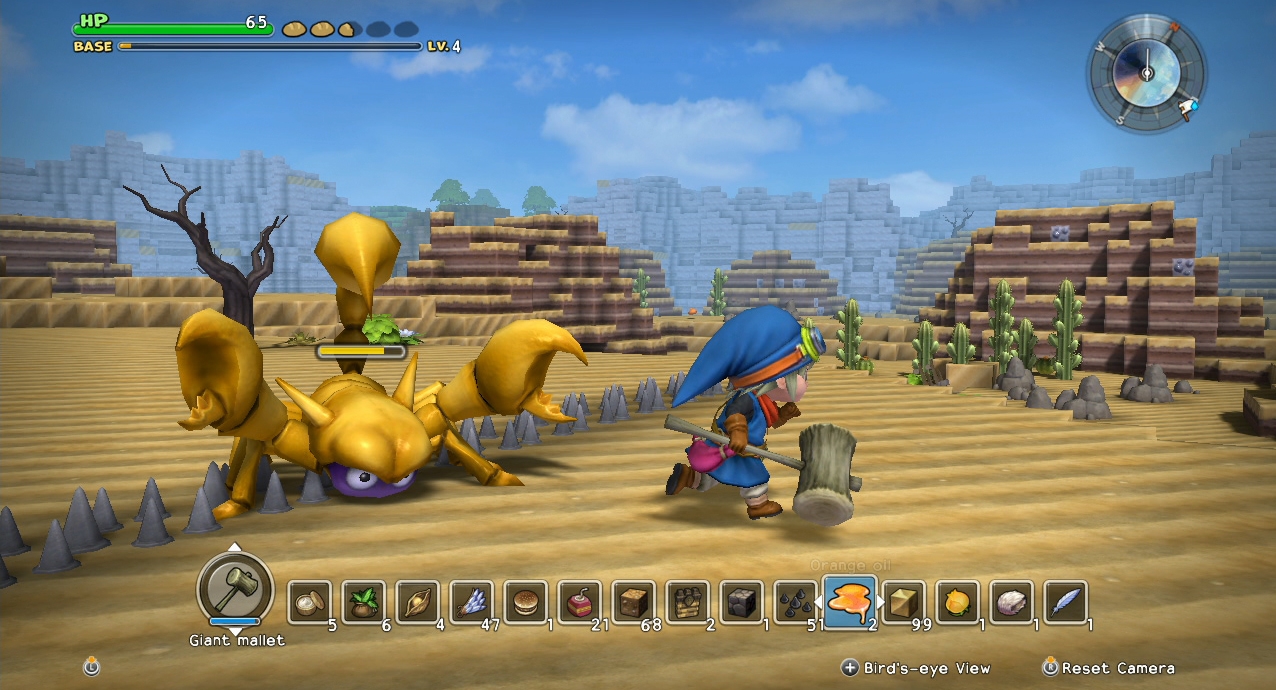 What I think will be the point of contention for some is the game’s style. Fans of the Dragon Quest series will likely appreciate the Akira Toriyama design, but others may be turned off by the anime aesthetic. Personally, I love the look and feel of the world and its characters, but have liked Toriyama’s work since Dragon Ball despite not being a fan of anime in general. Regardless, the game runs almost always at 60 frames docked and is pleasing enough to the eyes.

The soundtrack is packed with familiar Dragon Quest fanfare (the town theme in Chapter 4 is my jam). Unfortunately, many of the pieces are rather short, which may be a problem for those that dislike them from the beginning. Instead of having intermissions where ambient sounds could come into play for a while, they immediately loop. This can become a serious issue when you spend hours upon hours building up a single town. Fortunately, I did not suffer from that fate, but I could see where it might become an “earsore” for some. It’s worth noting that there is a particular item that can be crafted that turns the modern, orchestrated soundtrack into an 8-bit version. You can then change it back and forth at will, and I found myself really enjoying that. It’s just unfortunate that it appears pretty late in the game, at least from my experience.

Dragon Quest Builders really took me by surprise, and in a good way. It has a lot to offer, even to those that don’t necessarily love building games. I’ve spent almost 40 hours on the story, still have challenges to complete and haven’t even touched the free-form building mode in Terra Incognita. Despite not deviating much from the formula laid out in the first few hours, it offers a surprisingly large and varied amount of content. It feels at home on the Switch, and should be a welcome addition to anyone’s game lineup.