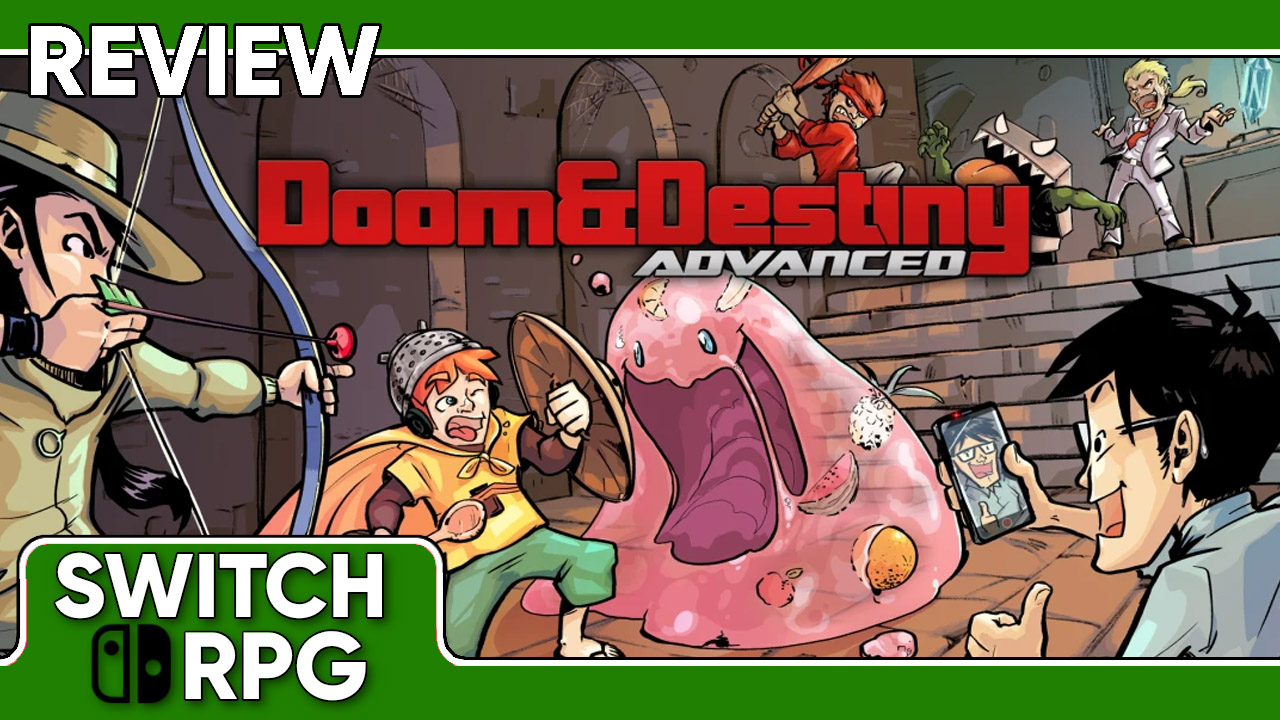 As a teen in highschool, I spent my fair share of weekends with my friends rolling up new character sheets and tossing around a liberal amount of strangely-sided dice. As a child that loved all worlds with fantasy and magic, Dungeons and Dragons along with other pen and paper games became a staple of my gaming experience. In recent years, especially lately, it’s become even harder to meet up with friends for an hours-long session of tabletop gaming — both for safety and of course logistical purposes. As a result, I’ve found solace in turn-based storied RPG’s and when I saw the premise of Doom & Destiny Advanced, I jumped at the chance to give it a spin… but would this scratch the itch or leave me unsatisfied? 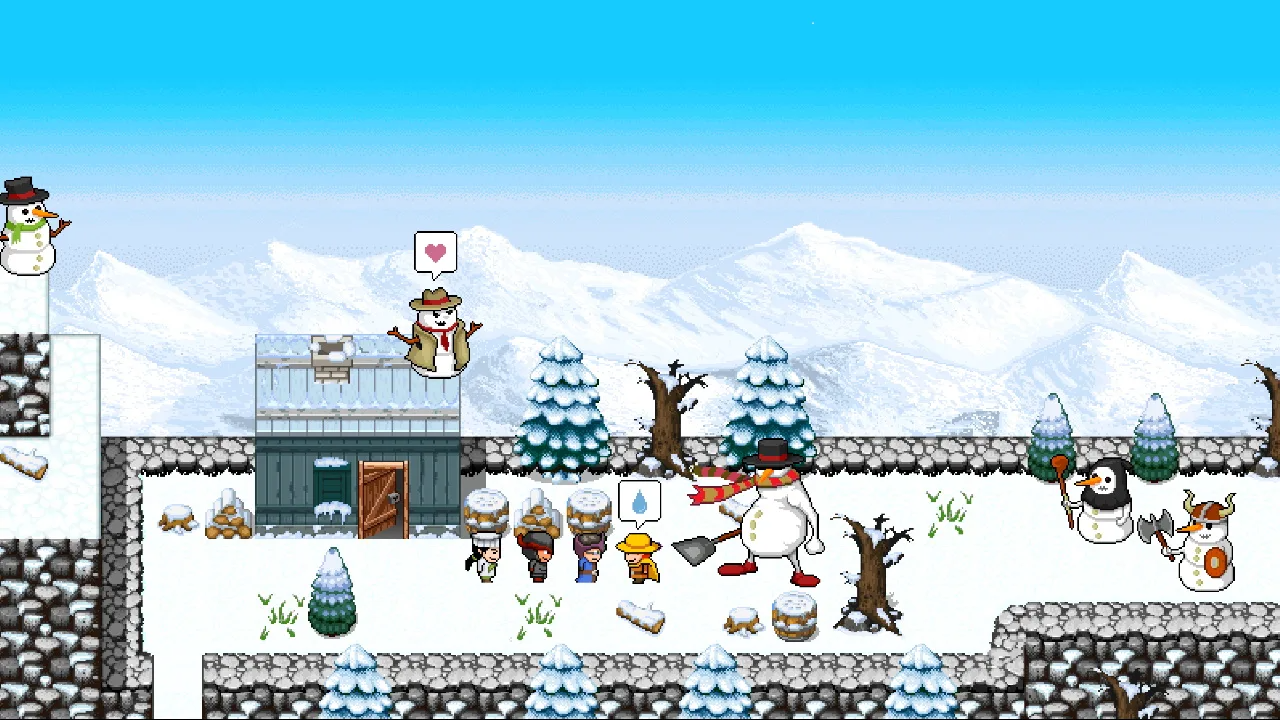 A group of four young lads approach their Dungeon Master’s home, ready for a long night of tabletop gaming. Knocking on the door, they get no response, so they go in through the garage to take their seats in their usual spots, but their friend is nowhere to be found. While searching, the world seems to mesh with an alternate dimension, with lush forests and fantasy villages overtaking the familiar streets they know. While searching for their lost friend, a BIG BAD shows up, knocks the party around, and they’re thrust straight into HECK. Utilizing the souls of heroes long past, the group is able to use their power to help solve the mystery of what’s really going on around their town.

This is the gist of the story and why the four young men are traveling together, but the writing becomes full of jokes and despite the severity of what’s going on in their world, the game retains a feeling of lightheartedness that’s hard to find in most modern roleplaying games. Serious undertones don’t seem to exist here, and while the actual quest at hand is a hefty one, there’s always room for a laugh or two. My first laugh, of course, was the sight of a snowman with a carrot for a — you know what? Let’s move on…

Turn-based battles are the core of the game. With a top-down map and a standard party of four, exploring maps is your standard JRPG experience. Where this game shines is the minimalist item management and the class system. Better gear is equipped automatically when found, leaving you to just experience the gameplay and story rather than needing to really min/max your stats or worry about equipment kits. The class customization is amazing — with over 20 classes to unlock, I was able to find a party composition that not only was just overall interesting, but made fights even more fun for me. In a callback to older games, each class also has an overworld ability, like pushing boulders across the map to open up new locations, or allowing the player to teleport using magic circles. 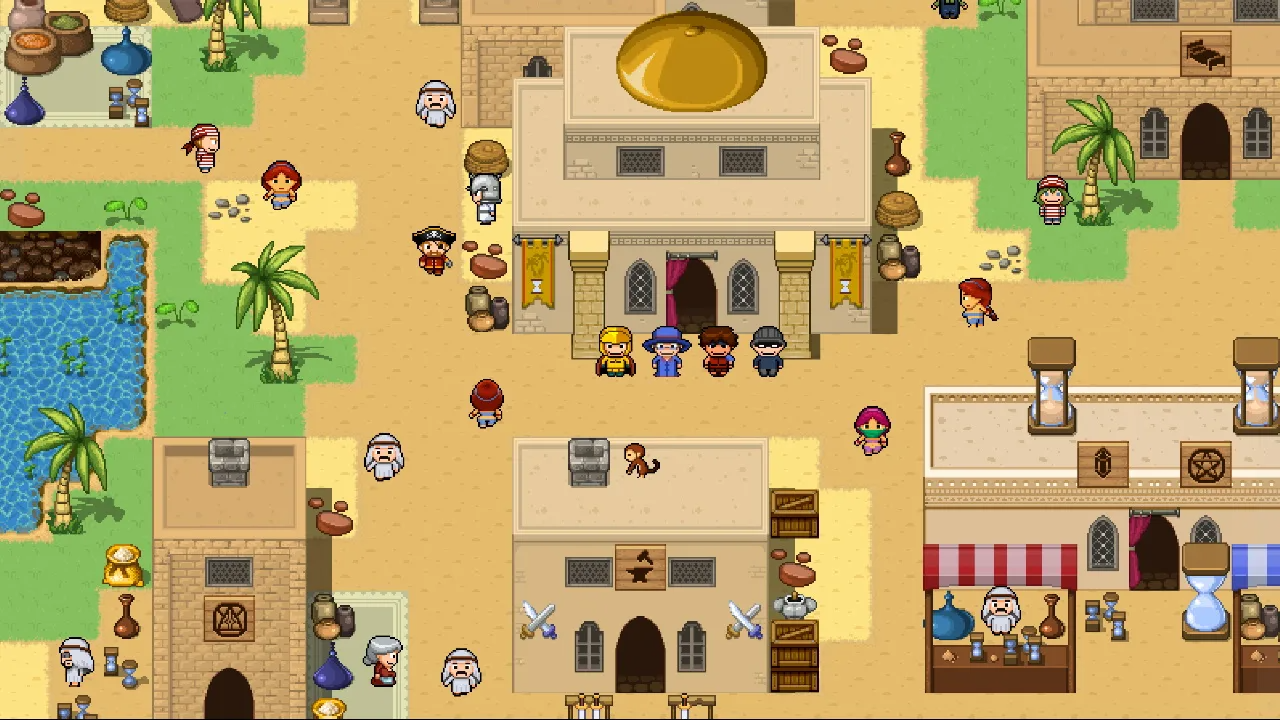 Exploration is fun and overall useful for filling out your equipment. A lot of items are found simply by traversing every nook and cranny of a map, with these upgrades becoming fairly essential in strengthening your group. Some areas of the map are considered “Secret” and when you find ways to unlock them, you can usually bet that a good item or two lies in wait for the pilfering hands of your party. While old gear can’t be sold, it’s worth noting that money doesn’t seem to be very hard to come by, and neither are the resources necessary to use your best skills and abilities — oh, we haven’t gotten to that part yet, have we?

Rather than just having an HP/MP based system, this game allows classes to use specialized resources that the player can collect in the overworld, or buy from vendors. These resources range from regular old foodstuffs for cooking HP-restoring treats, to alchemic ingredients that can be the catalysts for massive explosions and other such abilities. This unique approach to combat items is a great motivator for exploration, as amassing a large amount of these items allows you to continue using your favorite abilities, and your storage for these items can be increased when you find additional containers. Stretching your resources out has its own benefits, as well. While regular monster battles are easy to grind through, boss battles hit quite a bit harder and require a bit more thought — use those resources wisely in those encounters! 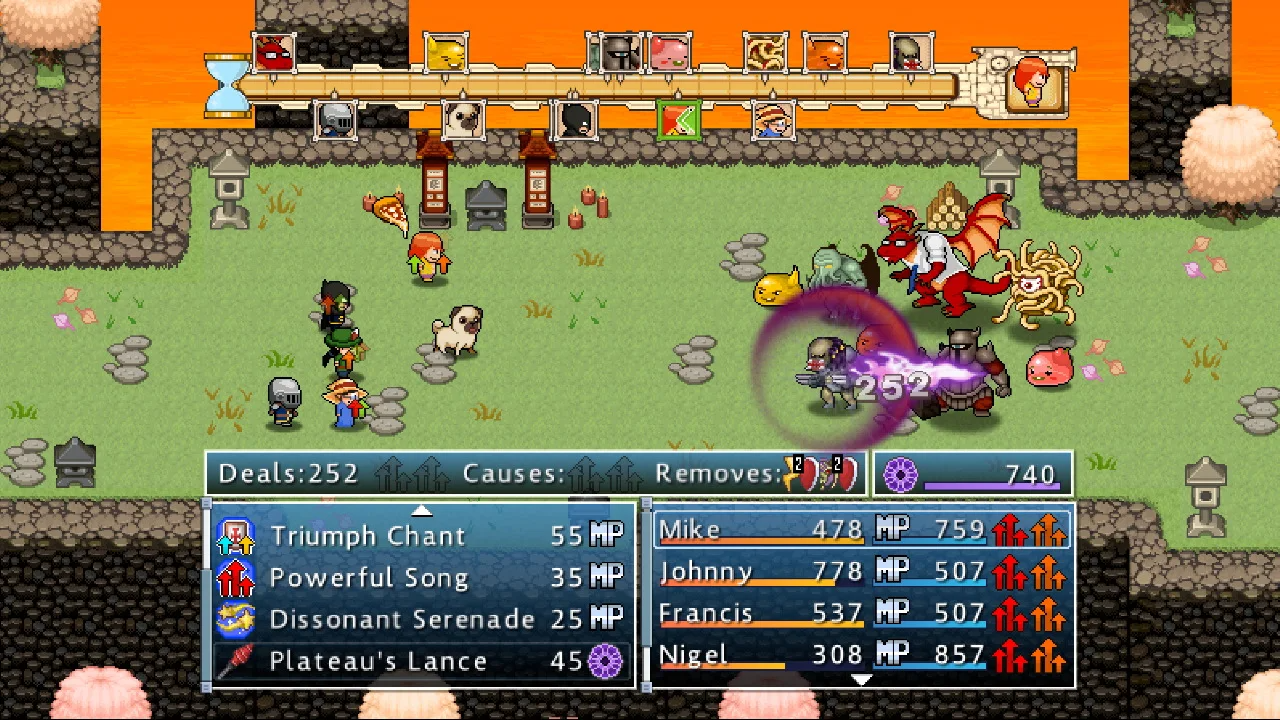 While the main gameplay is of course tied to the story progression, an online arena does exist for those who like the challenge of playing against other people. With the ability to bring your favorite compositions online to duke it out, you can also see the combos that other players cook up, and I won’t lie: this heavily influenced my own party makeup. Seeing what other people do and what works is one of the best parts of the arena mode, and finding counters to difficult compositions is not only fun, but it feels incredibly good. I just have to hope that the people I am playing against aren’t twelve and in tears when I DO finally wipe the floor against someone.

Earthbound was one of the first games I thought of when I saw the pixel graphics of the world and characters of this title. The world meshes modern and fantasy together — where you see a large class-changing crystal, you might also see a parked car just hanging about, because that’s what the setting is; it’s both things simultaneously and that’s a great thing to see. The graphics set the tone of the game well, and coupled with the map music and battle theme, puts together a nice little package for this RPG.
Character portraits are adorable anime-style faces in blue boxes with white text — very reminiscent of the Final Fantasy games that our reader base is so familiar with. 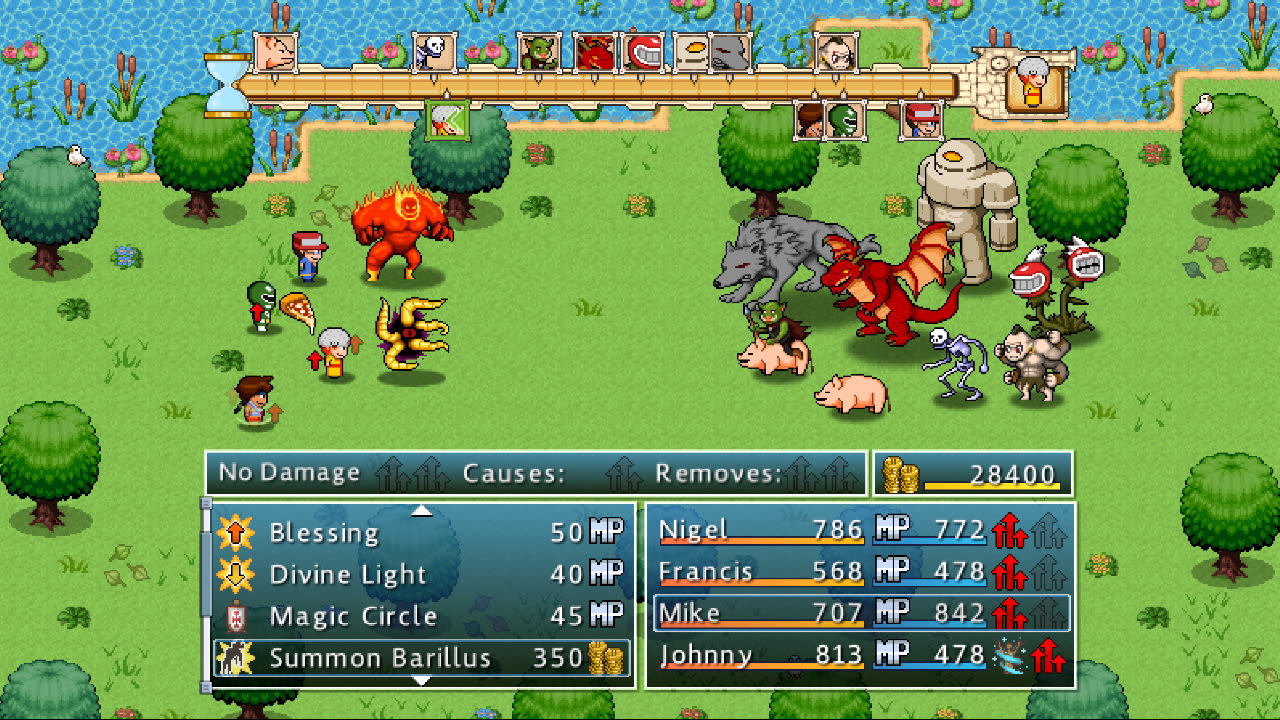 While this reference isn’t lost on most of us, more subtle ones also exist, like the ability to rifle through cabinets for items a la Dragon Quest or Breath of Fire. One thing I do enjoy about the artistic approach is the cleanliness of menus. It’s easy to find your way around, and even more so to see character information while in battle. Buffs, abilities, debuffs, and more are all at the bottom of the screen and easy to find and understand. This accessibility is super useful, and way less confusing than clunkier User Interfaces that I’ve been subjected to over the years.

Doom & Destiny Advanced is a quirky little game with so many references and callbacks to past games that it’s hard not to immediately fall in love with it. While I found myself clinging to my favorite party setup, exploring different classes and abilities was always fun and rewarding. within the first fifteen minutes of the game I had already fought a giant poop creature and met a skeleton that was complaining about no longer having genitalia, so… in short, this is meant to be very light hearted and fun.

With 2020 being one of the most serious years we’ve endured together, a break from pressing issues and the daily grind of work life may be in order. Some may find the writing incredibly immature, but there’s a time and place for everything, and if you have the time and are in the place to enjoy terrible fart jokes and bash in the skulls of some bonerless bones, then dive right in and give this story a spin.