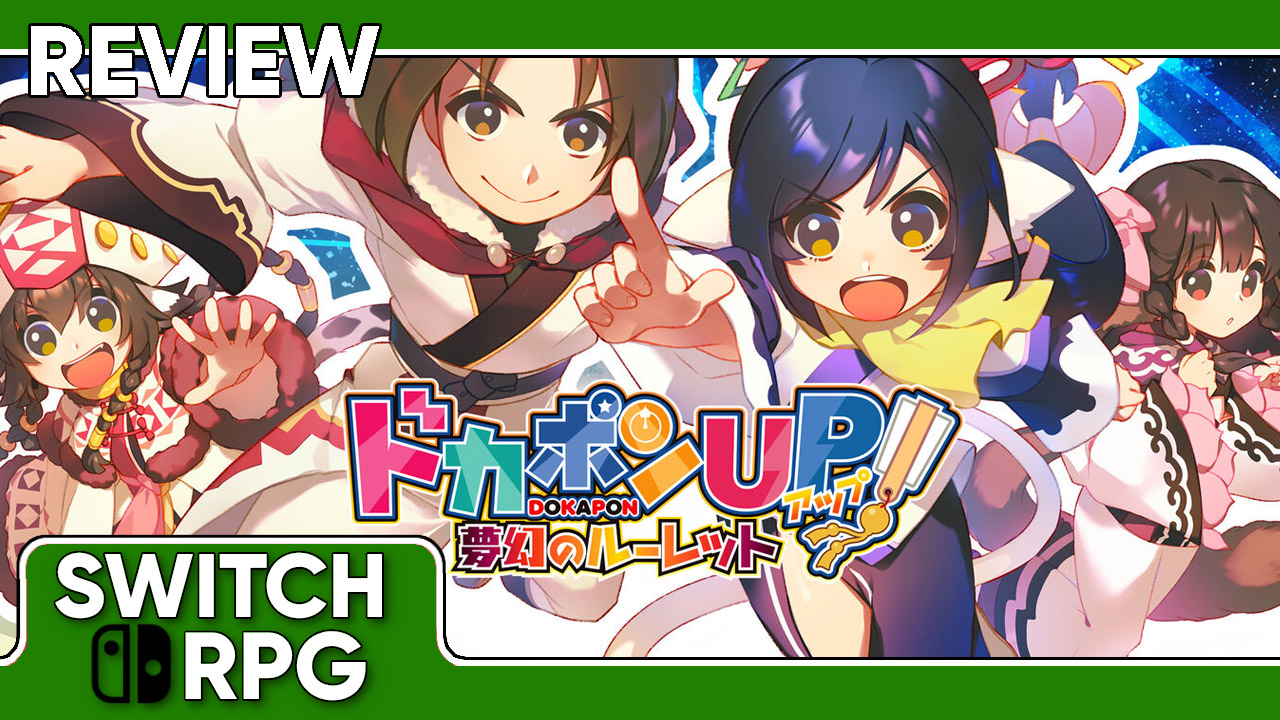 I might actually be ashamed if I had a real count of how many hours I’ve spent playing Dokapon games. My very first entry in the series was the Gameboy Advance release “Dokapon: Monster Hunter,” which was an interesting little dungeon crawling RPG with turn-based battles that were awkwardly decided with the most strategic Rock-Paper-Scissors decisions your child brain could make. Deaths in the game would make you lose your inventory, starting over from square one — my very first introduction to rogue-like mechanics, and in all honesty, it made me a very conservative player.

This game, however daunting, was my first taste of Dokapon as a franchise, and while we would get a couple more entries over the next few years, it would seem that my Dokapon fountain would eventually dry up. After coercing my friends and loved ones into hate-fueled rounds of Dokapon Kingdom, and never being able to even FIND a copy of Dokapon Journey on the DS, it would appear that all would be lost and my Dokapon quests would be at an end… But a light appeared!

In the form of a Switch release, Dokapon teamed up with game series Utawarerumono — a popular RPG that has made its way to Steam here in the West and has a pretty good anime adaptation. Knowing that the Switch is region free, I wasted no time in pre-ordering my import copy from Play Asia. Let’s see how it shapes up, shall we? 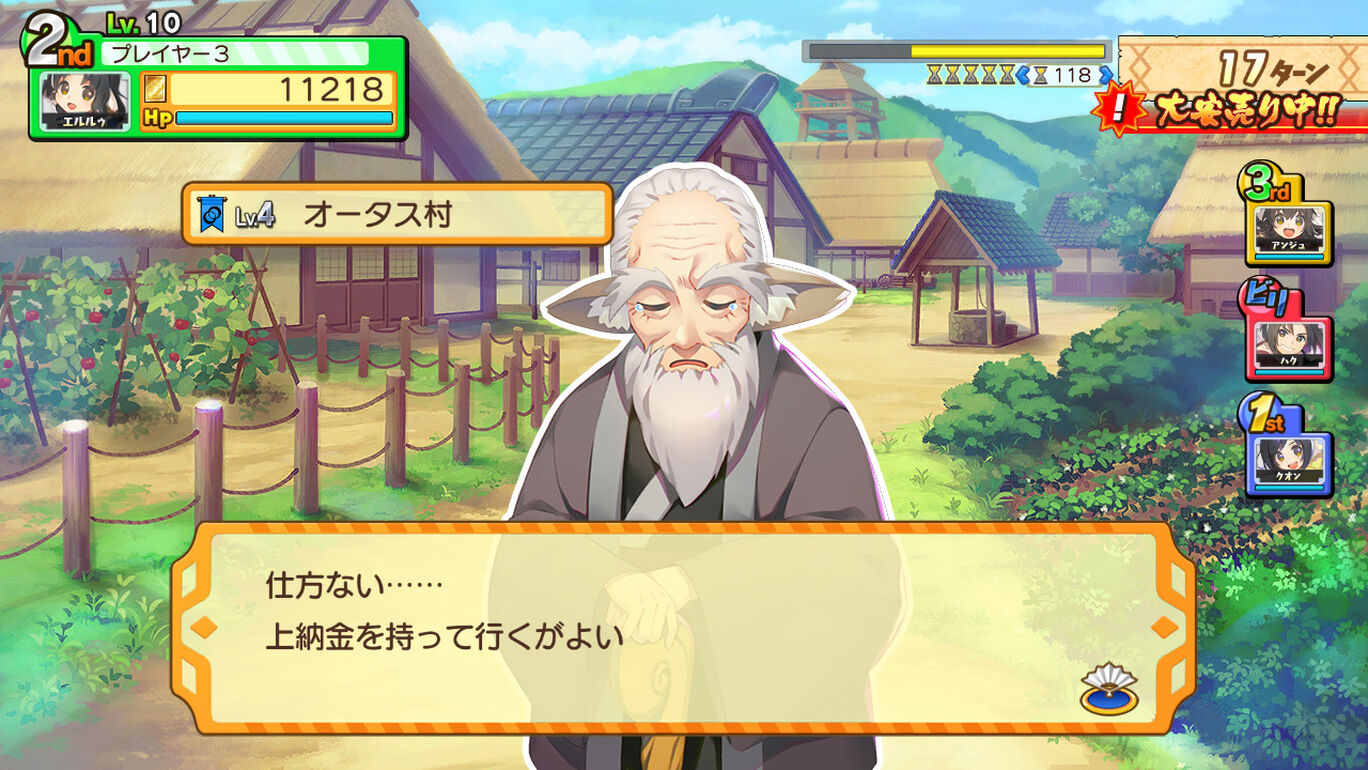 This is where it’s difficult to really say — the game does not support Furigana, which makes deciphering words incredibly hard for me. I have a very basic reading ability, not unlike a kindergartener, and as a result I was not able to follow much about the story. That said, there is voiceover for the story mode, so as long as I could listen I could make out a bit of what’s happening.

The story follows the main characters of Utewarerumono in a unique challenge brought onto them by some old guy. You see — I’ve never played Utewarerumono at all, so I had no understanding of the characters or their motivations. All I know is that there are cute animal girls and all of them seem to fawn over normal-guy Haku. Then again, I’m not playing Dokapon for the story. I’m here to spin roulettes and kick the butts of monsters to get more loot so I can kick the butts of bigger monsters.

Here’s where the core stays the same. As long as you’ve played a recent Dokapon game, like the Wii/PS2 release or one of the DS titles, the game will feel familiar, and that’s what will allow you to enjoy it. The same mechanics apply: Spin a roulette wheel to see how many spaces you can move on your turn. Land on a space to interact with it. Each icon represents a different effect: Potion bottles allow you to collect items, Sword icons allow you to roll for new weapons, and blank yellow spaces allow you to fight enemies to gain experience to level up. You’ll be able to journey across the map against NPCs in story mode, or against your friends in multiplayer. 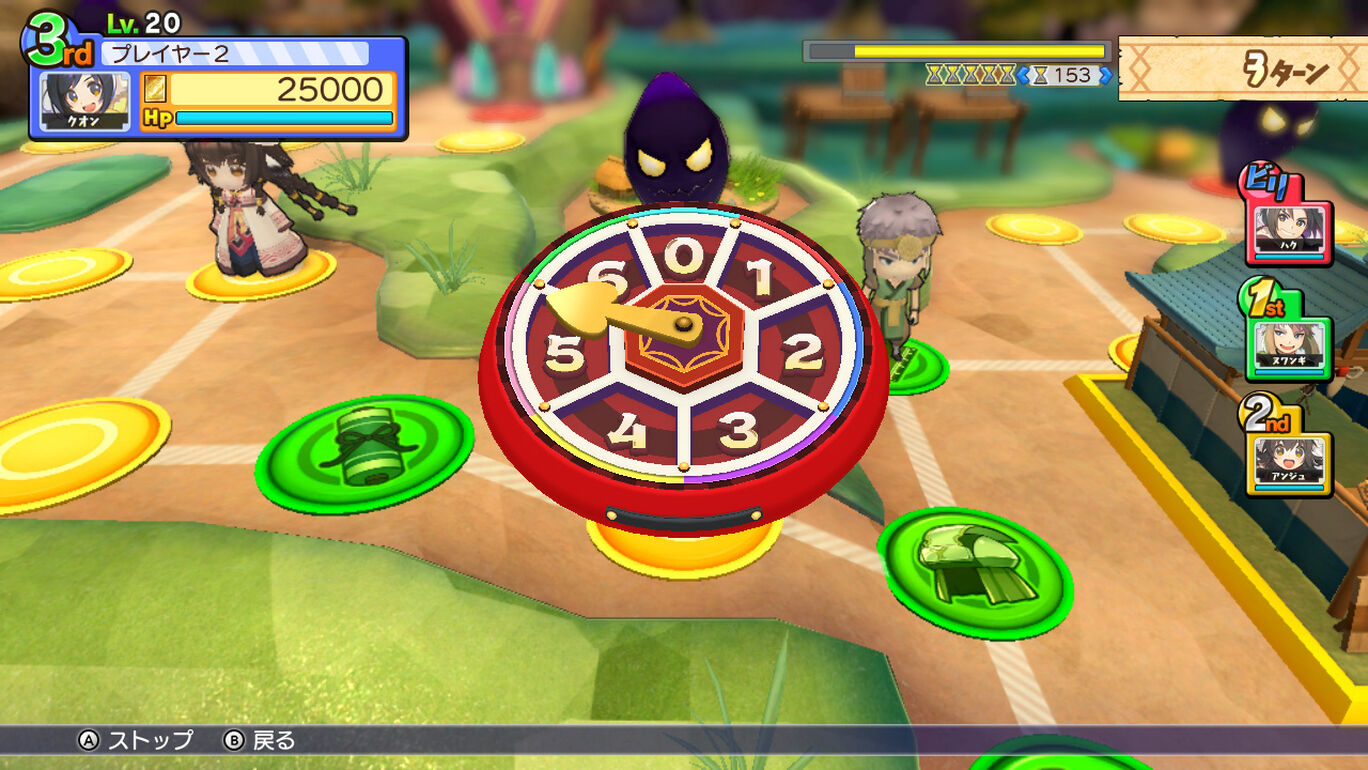 Multiplayer is where the real fun is at. Even though you may not be able to read everything, you can still see which items affect which stats, and you’ll know how to fight and equip things fairly easily. Multiplayer is way more enjoyable for the average player, even with no real understanding of Japanese as long as they are familiar with the series, or have a friend in tow that can help explain it to them.

There will be a learning curve if there are no familiar players, in which case I would say this may not be an import title you really want to mess with. The similarities to the older games are what makes this enjoyable at all, and the new graphics and shiny fight scenes are fun, but not worth the hassle if you don’t have a clue what’s going on.

The game has a cutesy chibi aesthetic that lends well to handheld play. Fights look crisp and clean and there’s no noticeable stuttering or frame drops. Seemingly, this is a good fit for the Switch and STING definitely did the best they could to make a sleek and clean experience. Menus are easy to decipher if you can read Katakana, and for the words that are in full Kanji, it’s not entirely too difficult to figure things out for character equipment and stats. 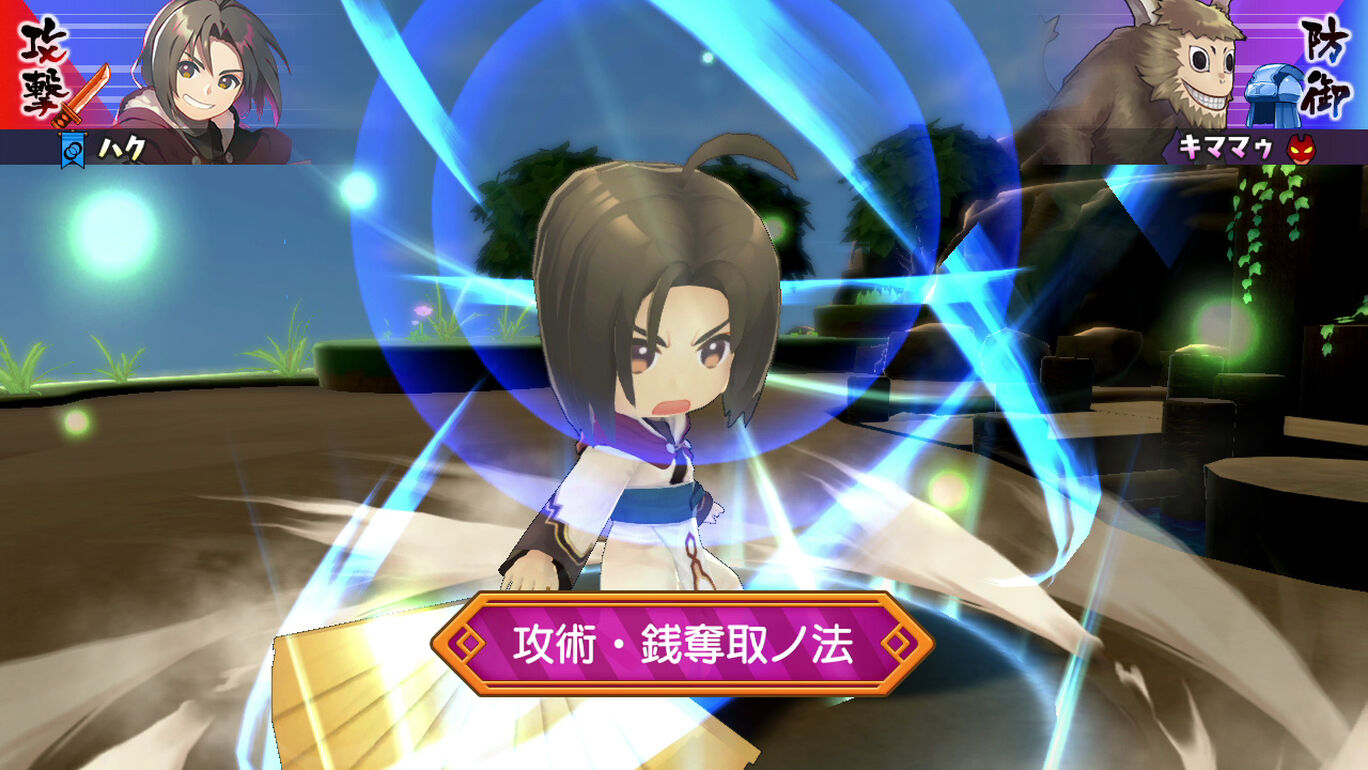 This allows you to easily see what your character development is like and take to exploring easily. Clean menus in a language you don’t speak are helpful, and the bright colors of the overworld are immersive and fun. The flavor of Utewarerumono are definitely present, and while I have never picked up a title in the series, I found myself really liking the character design and the inclusion of settings from the games’ world.

This is definitely a hard sell for someone that isn’t fluent in Japanese. While the story mode is basically unplayable for your average English Speaker, the multiplayer can be played with a little bit of struggle. That said, I can’t really recommend this as an easy import. I had a very difficult time deciphering things, but it did lead to me learning a lot more, and while I personally found that to be not only a welcome addition to my Japanese study and a neat way to keep pushing myself forward, I realize that not everyone will find that enjoyable. Play this with a friend that can read Japanese, or only order this if you have a good understanding of past Dokapon games.

Thanks for the review, didn’t even know there was a new dokapon game. Hope it’s playable enough without Japanese knowledge, because me and my girlfriend are huge fans of the wii game. But this one will sadly probably never be translated 🙁