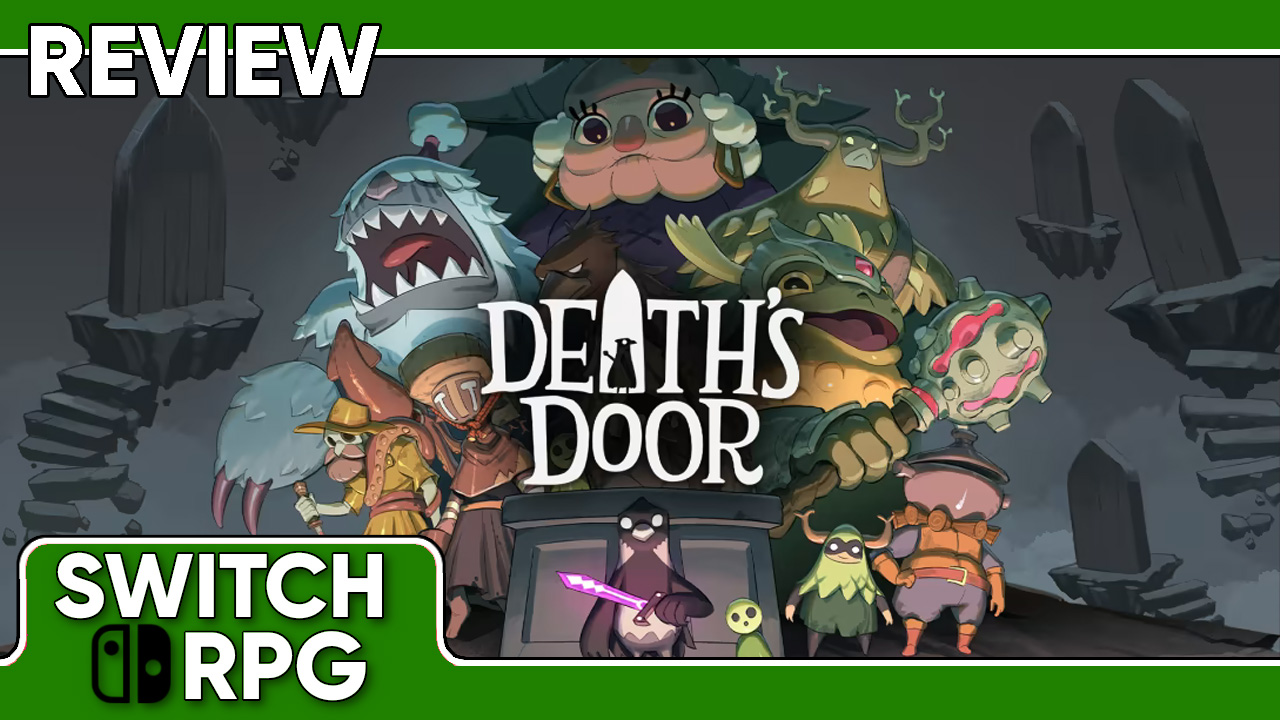 I’ve had my eyes on Death’s Door ever since it was released on the Xbox in mid-2021. I held off on purchasing it at first as I prefer handheld gaming, and knew that it would be a perfect fit for the hybrid console. But before long, I caved and picked it up on Xbox while it was on sale, only for it to be officially announced for the Switch that same week! I don’t mind double dipping, however, since Death’s Door has been highly praised since its debut. But the question remains, is the game deserving of its praise and is the Switch version even worth it? Let’s find out! 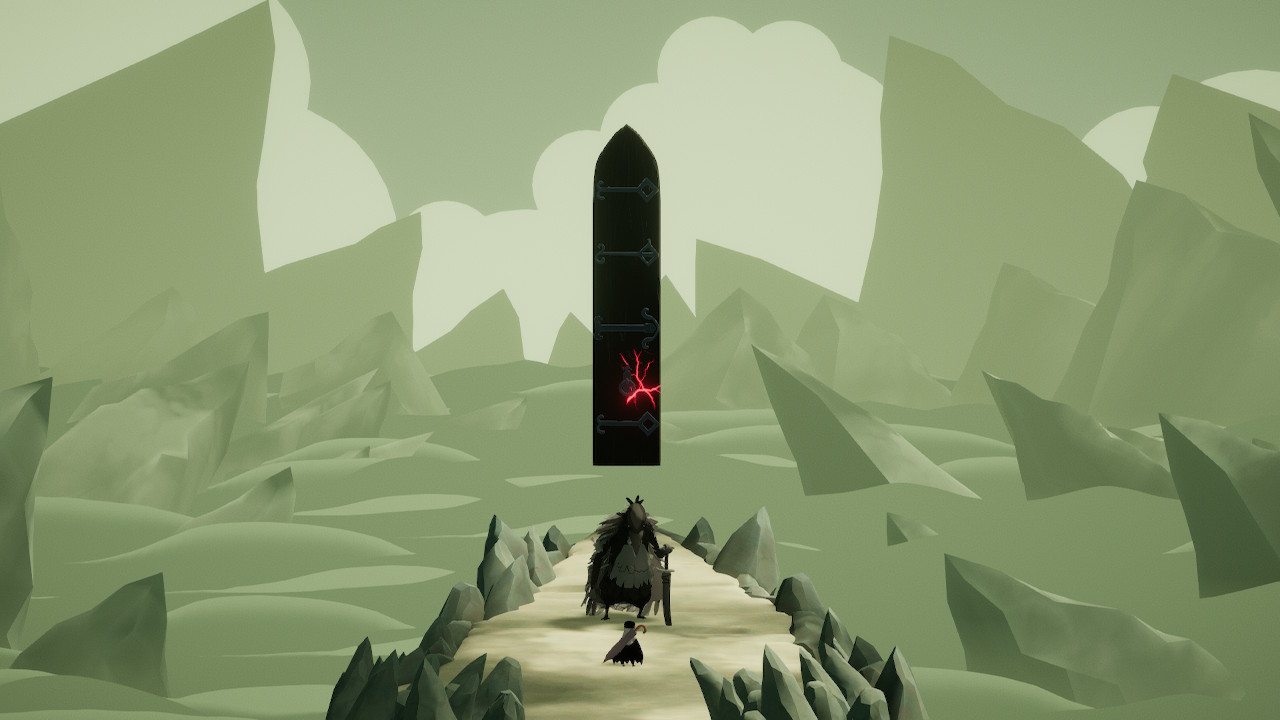 Death’s Door opens with the player taking the role of a “reaper crow” – those responsible for handling the process of death – employed by the Reaping Commission Headquarters. Reaper’s job is to help with this and when someone refuses to die, you are tasked with hunting them down, killing them, and collecting their souls. And your first mission is exactly that, hunt down and take out a monster that doesn’t want to die. After completing this task, you are greeted by an old crow who reveals some conspiracy surrounding why other crows have disappeared. You also learn that you must make your way through three dungeons to collect giant souls which can then open the massive, mysterious Death’s Door. 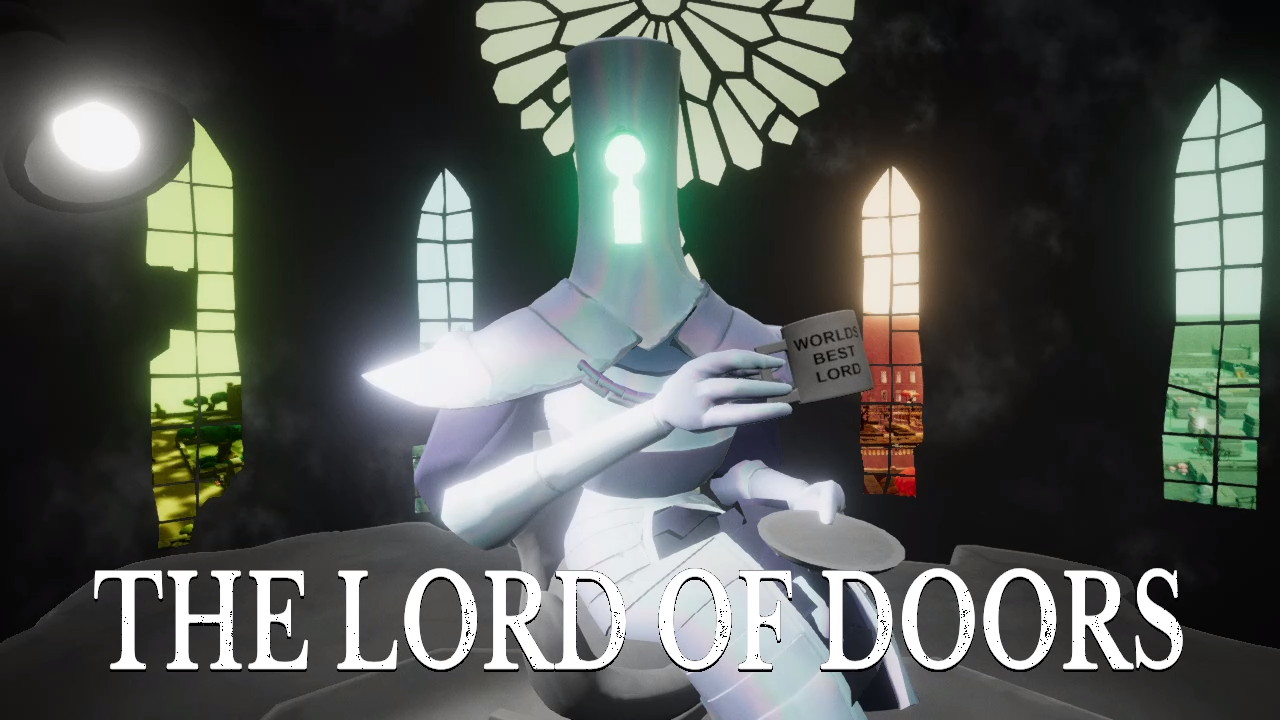 After you have completed the first dungeon and have collected the giant soul, you are introduced to the Lord of Doors, the head of the Reaping Commission. You’ll learn exactly what they’re up to (among other things) as you make your way through all three dungeons of Death’s Door. Overall, I think there is just enough story and narrative to keep the user engaged and interested despite the game’s focus clearly being on combat and exploration. Some of the NPCs are quite creative and charming, especially Pothead which you meet early on in the game.

Death’s Door is a top-down action RPG very much in the same vein as Link’s Awakening, but features a hub world/area in the form of The Reaping Commission Headquarters. While limited at first, more of the hub area will become accessible and additional doors will appear as you explore and reach new areas. While Death’s Door does not have a map, the doors that appear in the Reaping Commission Headquarters act as both the fast travel and saving system. Although the game will auto save at a few key points, you can force one by going back through a door to the hub area. 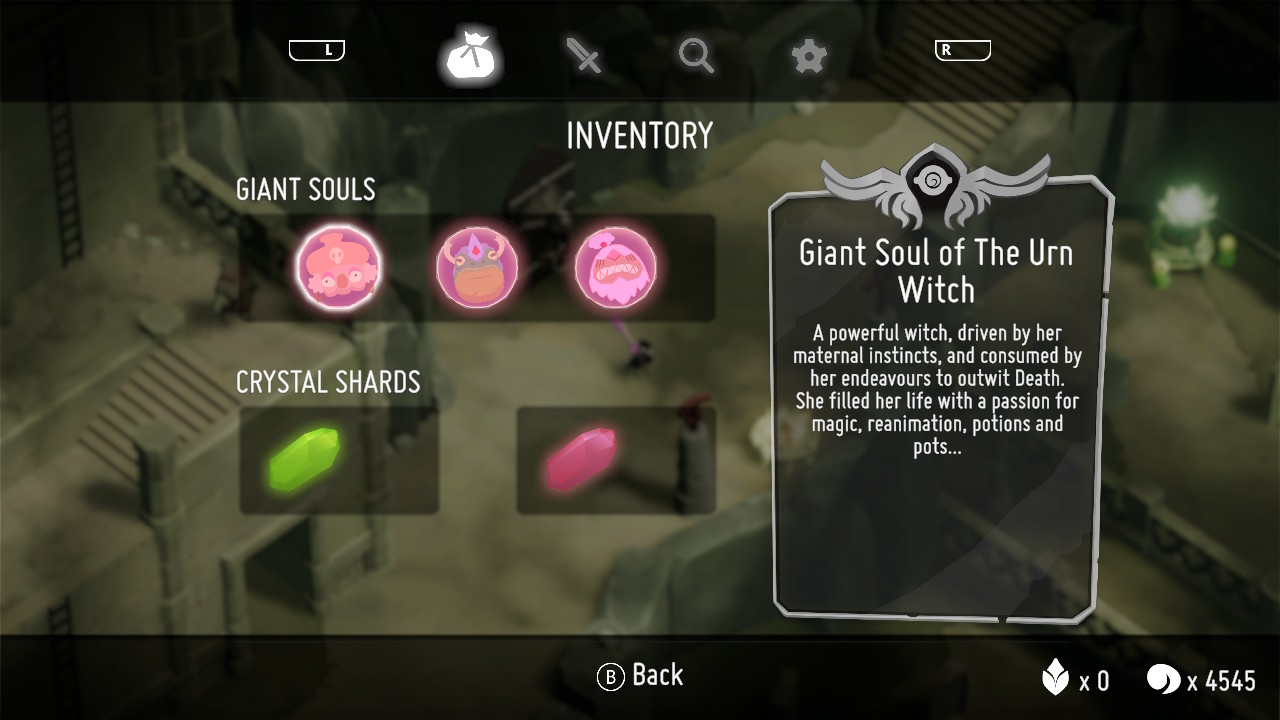 In terms of combat, your crow starts with a sword and a bow and arrow. The bow allows you to deal with enemies from a distance, but is limited on ammo that is replenished through use of the sword. The sword combat is very straight forward , press the attack button to do a quick/light attack, or hold the button to do a more powerful/heavy swing. Over the course of the game, you will get different melee weapons which can be swapped out for the sword. In addition to the bow and arrows, you will eventually get a magic spell. The magic spells work like the bow and arrow and are used to progress to new areas in addition to aiding in combat scenarios. I found the combat in Death’s Door to be very fair, though it can be punishing at times if you let your guard down and try to just hack away at all the baddies. As per usual in this style of game, it’s good to take a little bit of a risk versus reward approach to the combat and learn the various enemies patterns, especially with the bosses. 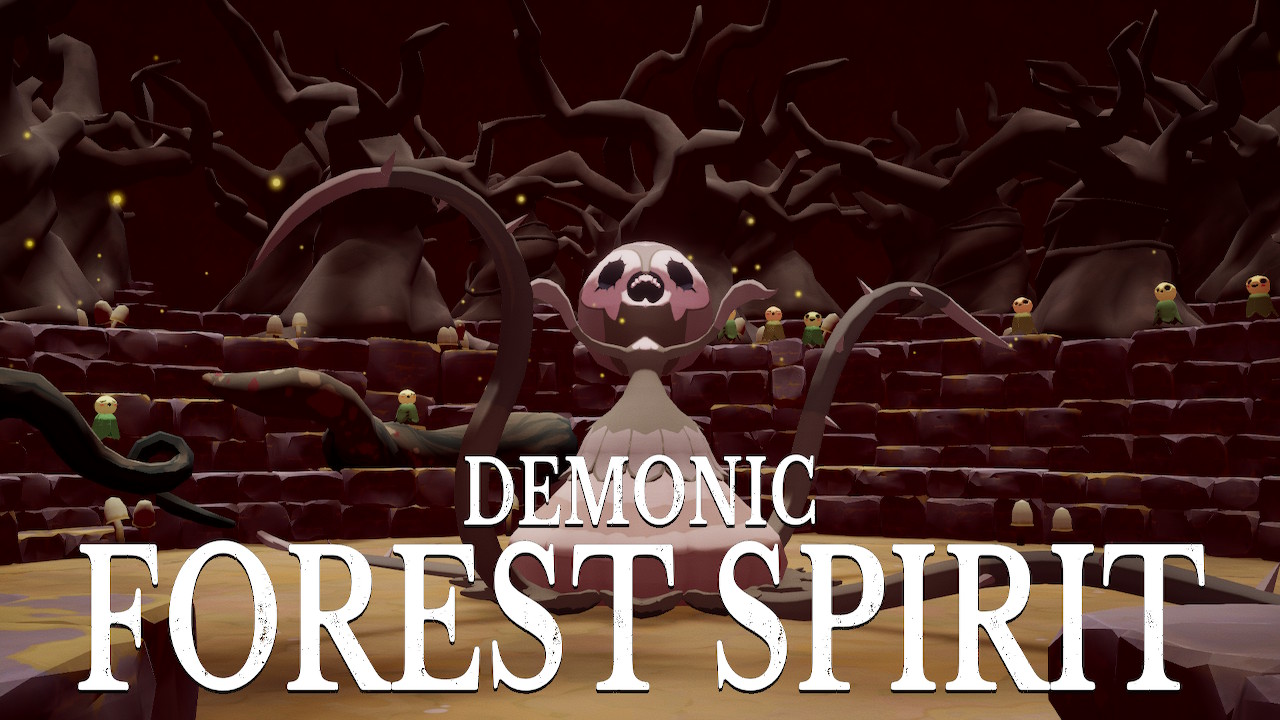 Death’s Door really shines when it comes to boss battles as the entire encounters feel grand, from their unique entrances to the many phases they utilize. Each boss will be introduced with their name being displayed and the music becoming more intense. While none of the bosses are a cakewalk, they aren’t overly punishing if you take your time and learn how each phase of the fight works. While the bosses do not have a traditional health bar, there are some visual cues in the form of cracks that do give you some indication as to how wounded they are. These challenging fights are very rewarding once you have bested them.

Exploration is rewarded in Death’s Door as you will find soul masses in addition to the ones you collect from beating enemies and bosses, which can then be used to upgrade your stats back in the Headquarters. Increasing your stats will help weapon strength, player speed, and mobility.
While exploration initially will take you down a semi-linear path, you will want to revisit areas when you have upgraded abilities to reach those aforementioned soul masses and other hidden items and collectibles. Every now and then you will find seeds placed around the world which need to be planted in a pot. Doing so will allow you to refill your health once while also counting towards a secondary objective of finding and planting every seed in a pot. 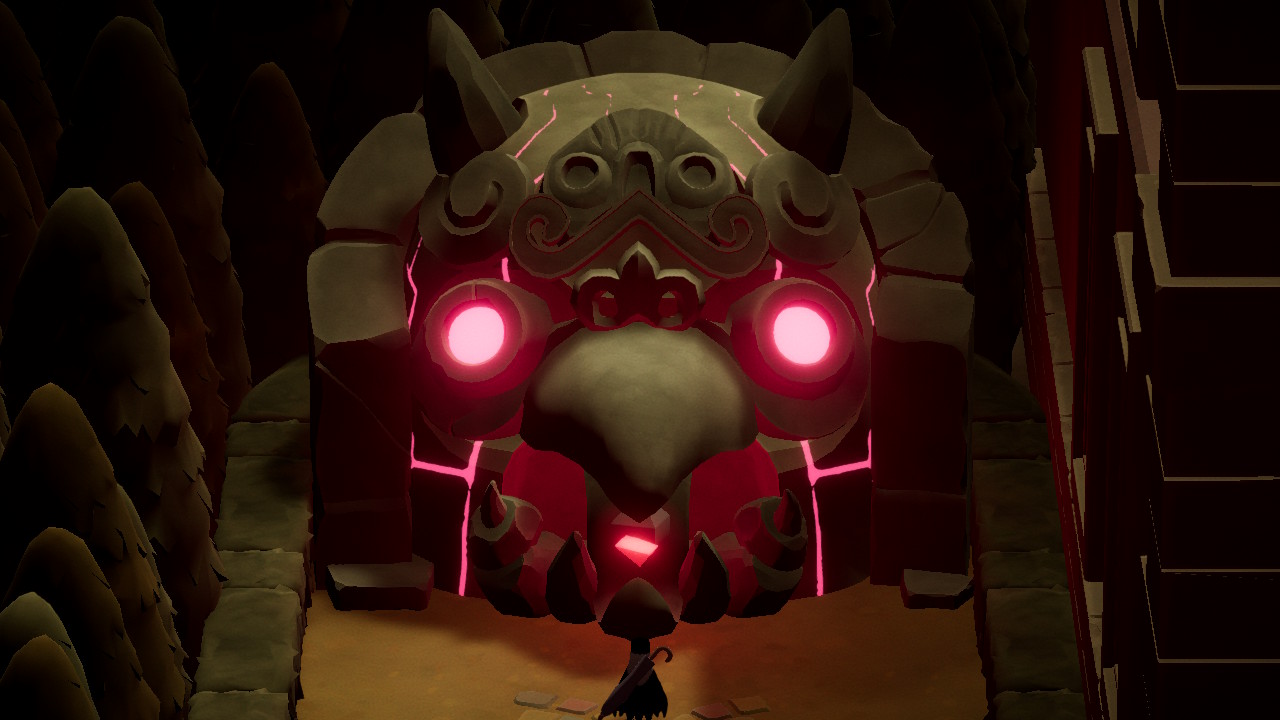 You will also find two types of shrines hidden around the world, which grant you one piece of an upgrade to either your health or magic bar. Once you have found four of each you will get the upgrade. Some of these are hidden well and will require you to explore by power jumping off a ledge and plunging down to head inside a sewer cover. In addition to the health and magic shrines, you can also find optional boss encounters that, if completed, will upgrade the damage of one of your magic spells. Needless to say, exploration is heavily rewarded and encouraged in Death’s Door.

After the credits roll and you have beaten the “main goal”, you can, if you are up to it, continue exploring the story which will take you back to the areas you have already explored but allow you to see the game’s true ending. 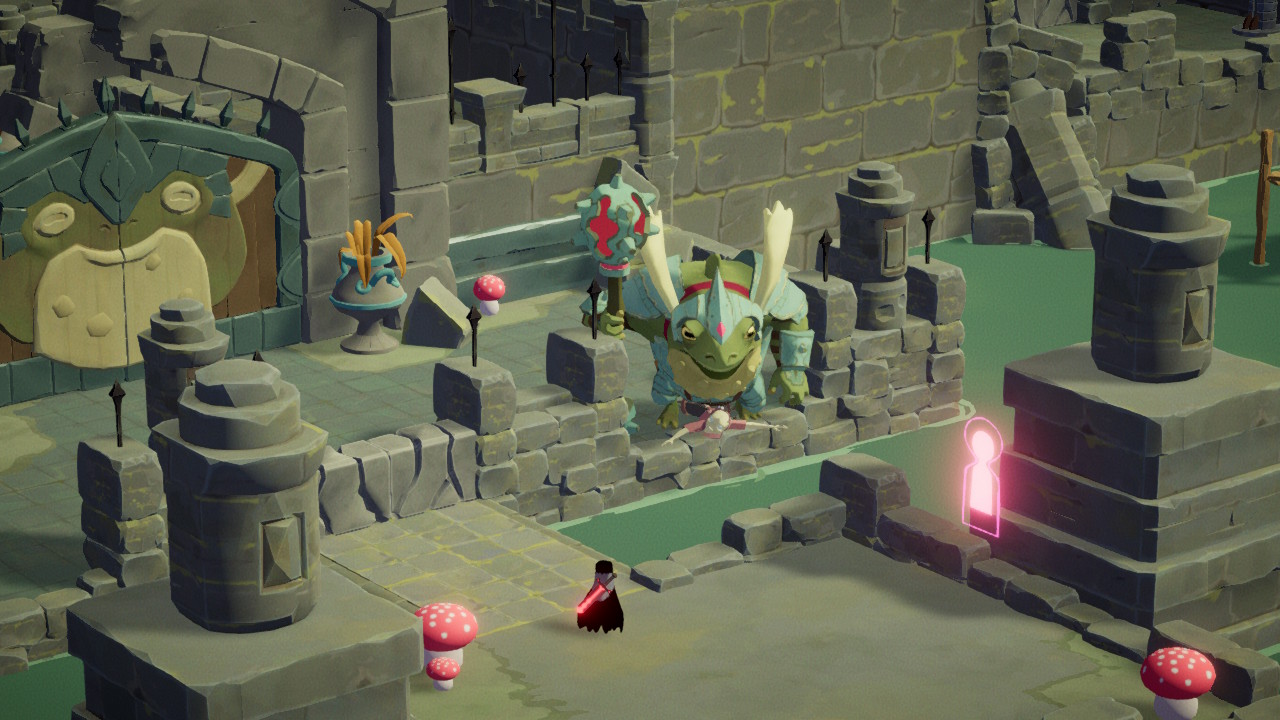 While the overall aesthetic of Death’s Door may not appeal to everyone, I found it very beautiful. Early on it is easy to get lost in the browns and general dark vibes, but as you explore and visit new areas you discover much more colorful locales that all look really nice, especially in handheld mode on a Nintendo Switch OLED.

The music and overall artistic tone the developers utilize really complement the storytelling and combat, an example being the previously mentioned grandiose boss entrances and encounters with gradually building music tracks. Each environment, while styled to feel unique, feels like it fits in this world they have set out to create, and they didn’t just create a snowy icy biome for the sake of having one. 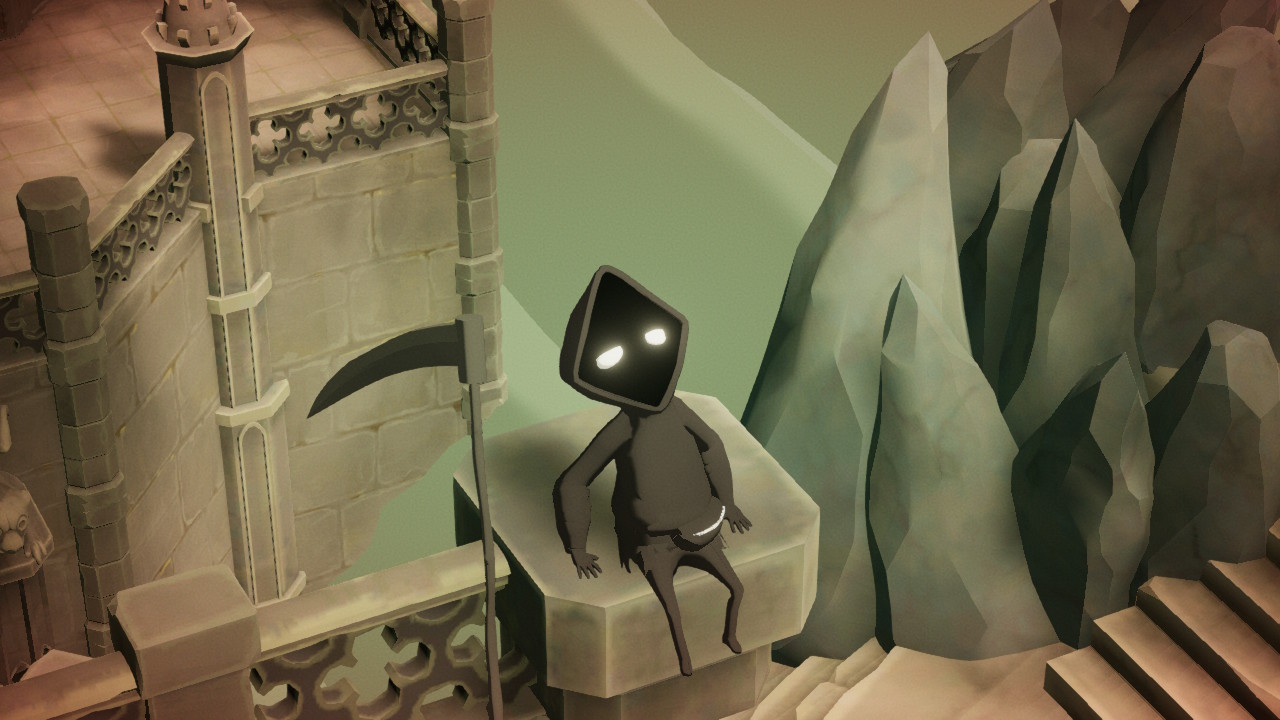 Every year, there are one or two exceptional indie titles that stand out from the rest, and Death’s Door is easily one of them. AcidNerve has crafted an amazing game that perfectly balances combat, exploration, difficulty, and game length. They have taken the 2D Zelda formula, iterated upon it, and have added enough twists to make it feel unique and different rather than being just another “Zelda clone.” I enjoyed every minute of my time with Death’s Door and it reminded me a lot of playing Link’s Awakening. While the map in both games aren’t very big, both worlds are dense with things to do and discover. You will be revisiting areas multiple times, and even after the credits roll there is still more to discover, like night mode and the puzzles available to solve there.

My only real complaint with the game is the lack of a map – I did find myself lost a few times. Have I been here already? Where does this path lead? So, a map would have been welcomed, but you shouldn’t be lost for too long if you just keep exploring since it is well paced and, for the most part, linear. That said, Death’s Door does offer a way to know if you have completed an area by outlining the color of the doors back in the Commission Headquarters. If the door is outlined it indicates you have missed an upgrade or collectible there. Regardless, Death’s Door was one of my favorite Indies and overall games of 2021 and is a must play.