Chronos: Before the Ashes Review (Switch) 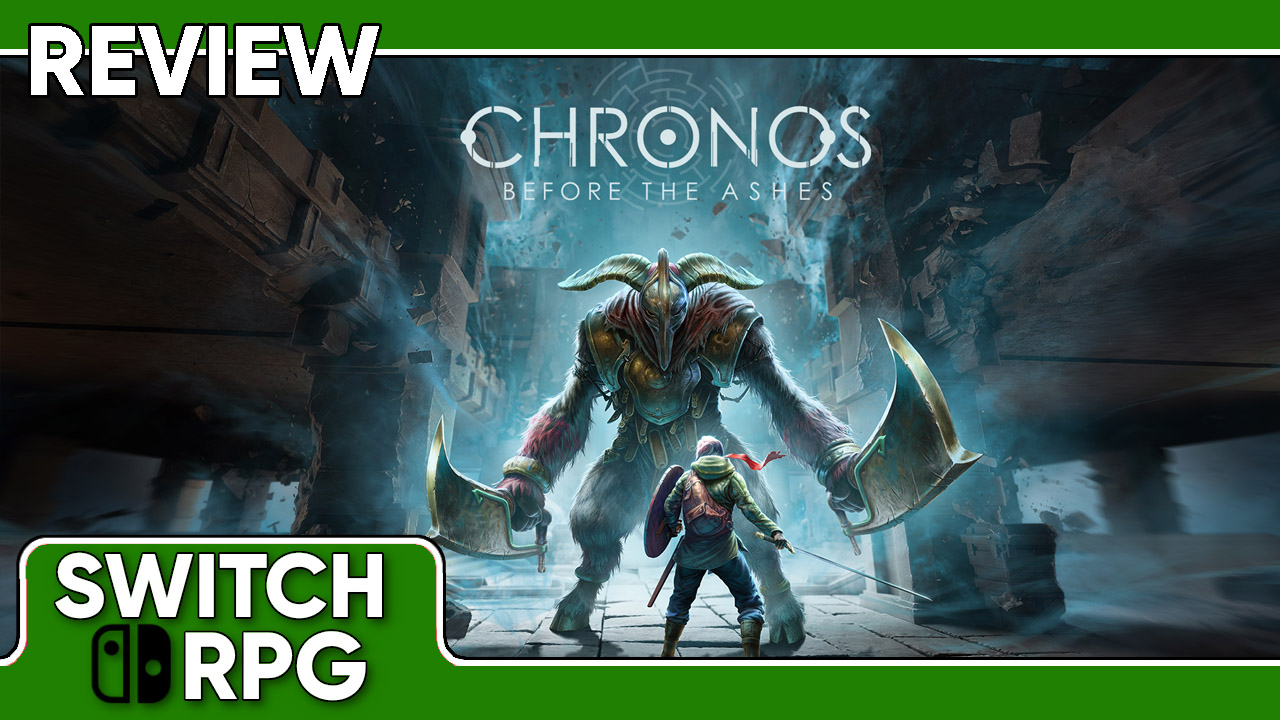 You know, it’s become easier and easier to compare games to Dark Souls these days, as the series’ staples of stamina management, punishing damage output, and item-based lore are nestling their way into many modern releases. There’s something inherently satisfying about playing a game that is, well, hard, as the feeling of overcoming a set of enemies that has been giving you a hard time is very cathartic. Level-ups certainly help that cycle, too. The two Ashes titles, Chronos: Before the Ashes and Remnant: From the Ashes, both have their own unique twists to offer the tried-and-true Soulslike fundamentals. Now that the former has been freed from its VR-exclusive prison and released on the Nintendo Switch, owners can get a new taste of an aged, though not decrepit, action role-playing game with a neat gameplay mechanic that’s sure to try your patience, at least, for a few years.

Chronos tasks its unnamed protagonist with tackling the Labyrinth, a series of interconnected worlds filled with environmental storytelling and puzzle solving. Along the way, you’ll need to bash some formidable enemies using light and heavy attack inputs. These moves are a hefty commitment in terms of animation length, but the light attacks can be canceled by using a dodge. Whether you choose a strength or agility-based build, you’ll have access to a shield that can be used to block or parry enemy attacks, the latter requiring a precise window of execution. Lastly, you’ll have limited healing items to take advantage of, which becomes all the more important as the game’s primary death mechanic comes into play.

To put it simply, there are very few recovery items in the game, and no bonfire structures to renew them from when you’ve progressed far enough. The only way to renew your healing items is through death itself. Though there’s no grand fanfare when you pass away (aside from an orchestral sting), you will be booted back to the last gateway stone you activated, your healing items recovered… and your player character another year older. There are some subtle aesthetic changes that occur throughout your lifespan of traversing the Labyrinth, but after a landmark of ten years’ time, you’ll be given the choice to invest into one of three “perks” of age. These range from boosting your defensive capabilities, to allowing you to further upgrade weapons for more damage. Though some of these are one-off abilities that can benefit any player, you’ll want to double down on perks that will maximize the strengths of your build. 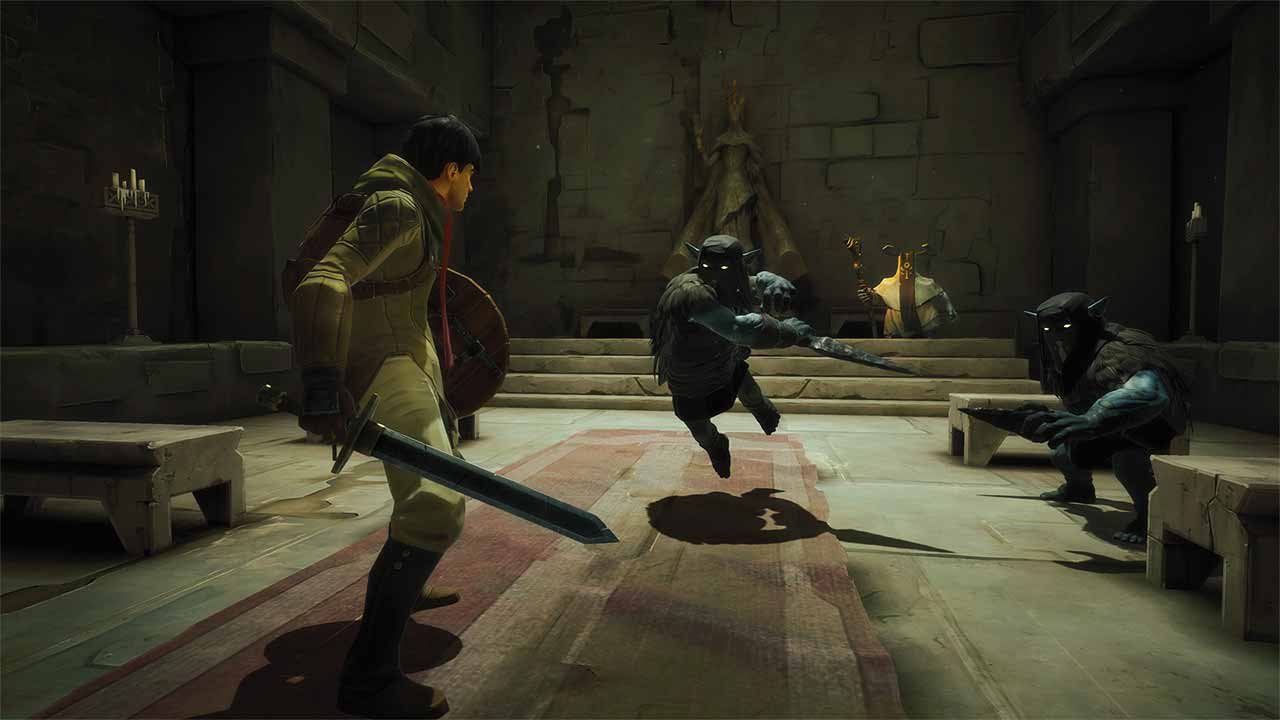 Another unique mechanic is that of Dragon Stones, an equipment-based form of magic that gains power from dealing damage to foes. You’ll be able to choose between stunning enemies, dealing additional damage, avoiding taking more, and siphoning health off of enemies when this power is fully charged, but those moments can be few and far between. In particular, boss battles are designed to gift as little of this magic power as possible, which ensures that you’ll be using your stone only once during these encounters.

Aside from combat itself, there are a slew of environmental puzzles to be circumvented while exploring the various worlds on display in Chronos. While many of these are simple, lock-and-key designs, some require a very keen attention to detail. While a few are very well-telegraphed, some of these environmental details are subtle, with a number of objects and items lacking prompts to show that they possess multiple moving parts. Though these can frustrate slightly, my only advice would be to pay very close attention to interactive prompts, and understand that Chronos is a now four-year-old game: guides do exist.

Though it starts with a grand opening monologue, there isn’t much to the narrative in Chronos. Bits of lore are scattered about the environments, offering tantalizing clues to the cultures and storylines that have unfolded prior to your entrance into the Labyrinth, but much of this narrative has happened outside of your control. That which does unfold is mostly your response to commands that other characters give to you. The narrative twist – something that seems to be a frequent occurrence in Soulslike titles – is suitably earned, if only because there is no real reason for your dim-witted protagonist to place as much faith as they do in the denizens of alternate realms. Yes, it’s a betrayal. No, it isn’t surprising. 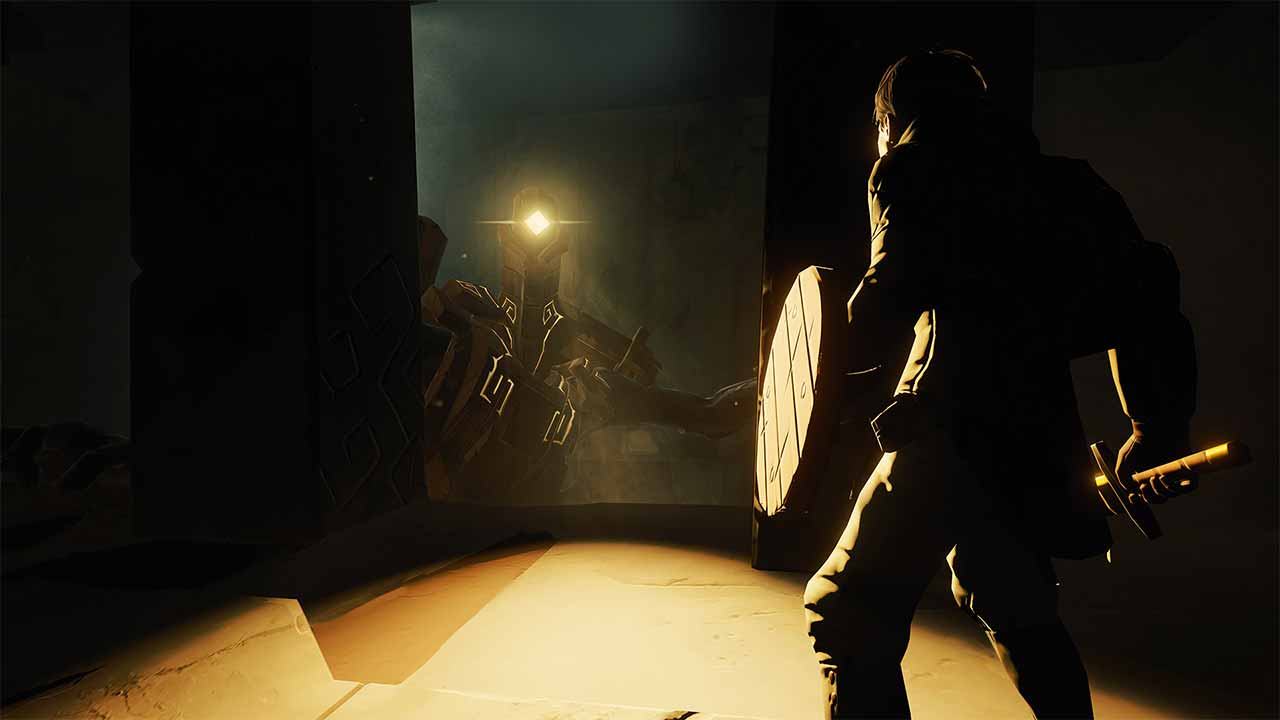 With that being said, Chronos is no slouch at creating impressive set pieces. One of the first major bosses you’ll face combines a truly fabulous set of puzzle mechanics and level-design-as-narrative build-ups to feel particularly impressive. Likewise, many of its environments are beautiful… when viewed in the Switch’s handheld mode. This may be the only instance in which I can confidently say Chronos looks better on the small screen than it does in docked mode. Many of its technical issues – strange and frequent moments of pop-in and hard-to-read text, namely – are much more forgivable when viewed on a smaller screen. The former is just less noticeable – simple as that. Despite this, you’ll see many small bits of flora pop up in forested sequences and particle effects blip in and out of existence. The latter issue is technically solved by a rather neat feature implemented by the developer, which enlarges the in-game text when in handheld mode. This doesn’t necessarily apply to menus, but the thought is still appreciated.

Chronos uses a very familiar musical motif throughout to punctuate important moments, which makes for a nice feeling of accomplishment and familiarity to the whole affair. The boss themes are incredibly epic for a game with a minimal amount of music, but that makes each encounter all the more impactful. While its music is sparing, what does exist is well-composed, memorable, and extremely effective.

While not always a lovely sight to look at, my time with Chronos was very fun. There are a variety of weapons to use throughout the experience, and although the more fascinating and fun weapon styles are saved for the late game, the enemy variety and environmental limitations that are featured throughout offer plenty of experimentation in approach. While I would argue that certain Dragon Stones are much more powerful than others, all of the variants have their uses for certain enemy types. While the mid- to late-game offer the best kinds of enemy encounters and behavior tactics, the slow progression of enemy attack options, raw power, and areas in which they are engaged is consistent.

My only gripe is that the age-related perks are not more explicitly telegraphed as you continue to die, which in all honesty is likely because you’re supposed to be good enough to avoid death. But some of the perks and what they’re capable of enhancing is not very well-described – an equipment-enhancing perk for example, is said to enable you to push weapons to their limit, which only ends up being a single additional level. While this might be an indicator as to the strength of all of these age-related perks, there are some that are simply more appealing choices when stacked up against the others they appear alongside when you pass a certain age. 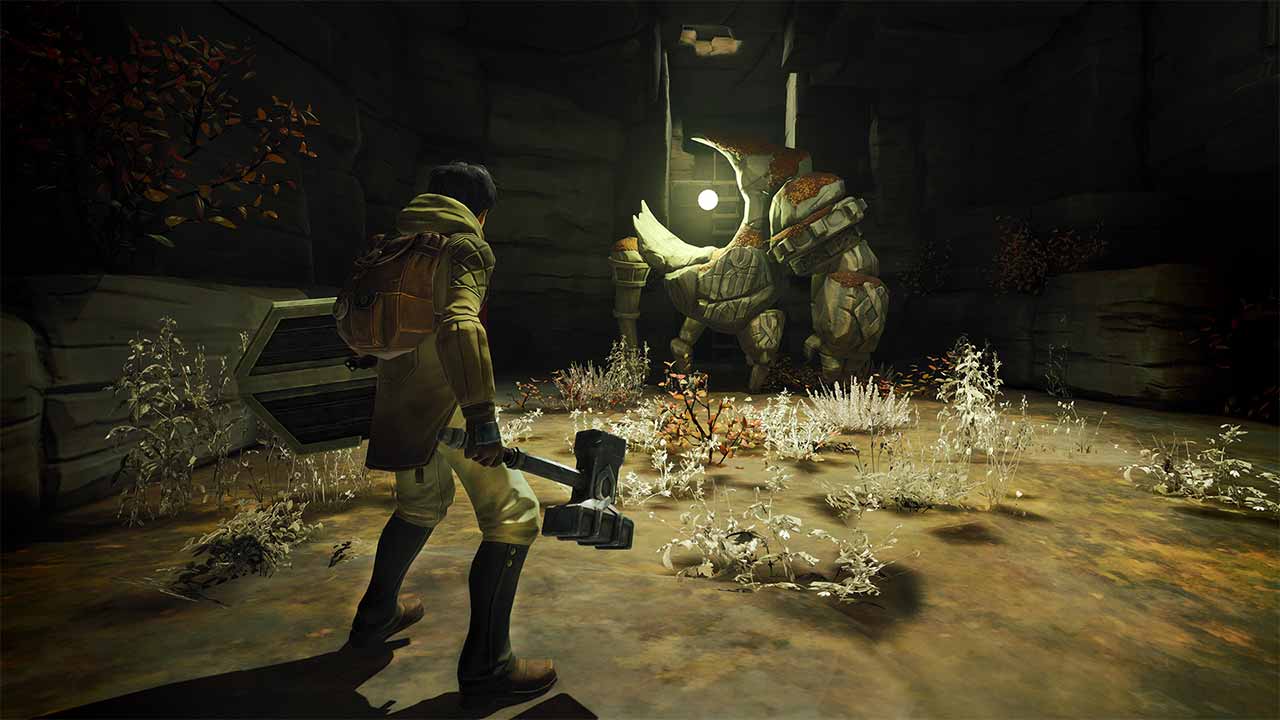 Though Chronos isn’t the best-looking Soulslike title on the Switch, its aging mechanic and the overall experience of play make it an enjoyable enough title to play through at least two-to-three times, in order to experiment with all of the weapon types and try harder difficulties. The production value, as mixed as it might be (again, this is a 2016 title), is still high, the combat satisfying, and the environmental puzzles clever enough to give this a strong recommendation. This release makes me very curious as to whether we’ll see its sequel, Remnant: From the Ashes, appear on Switch, as the opening moments of the narrative and its overarching, mystifying lore are engaging enough to catch the interest of any individual looking for a new and different idea from the Switch library. If you’re looking to be punished hard enough to take years off of your life, then Chronos: Before the Ashes will let you simulate that experience in a flawed, but certainly memorable fashion.