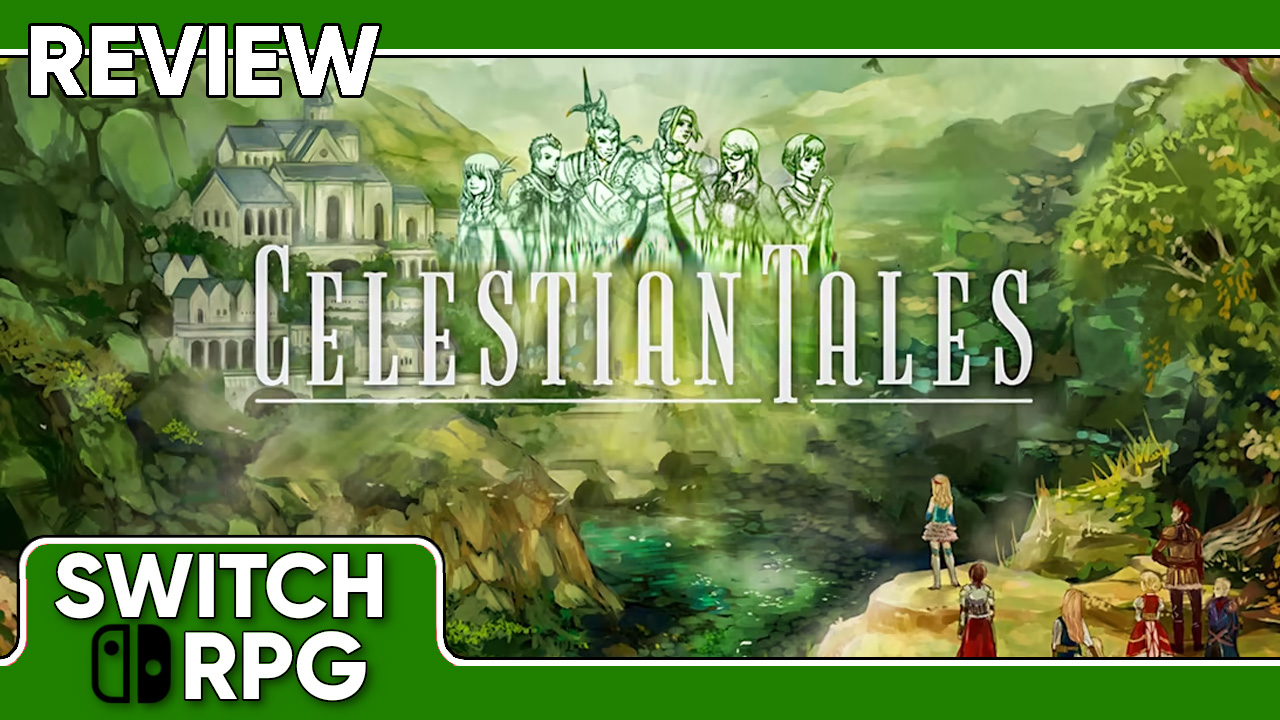 In most RPGs, we assume the role of the hero or heroine. But it isn’t often that we don the role of the cogs in the machine. While the behind-the-scenes perspective may not be as appealing as the clear, predestined saviors of the world, their contributions to the tale as a whole can be equally, if not more important than those of key figureheads. Although Celestian Tales has its fair shares of flaws, it ultimately does bring this fantasy to life. 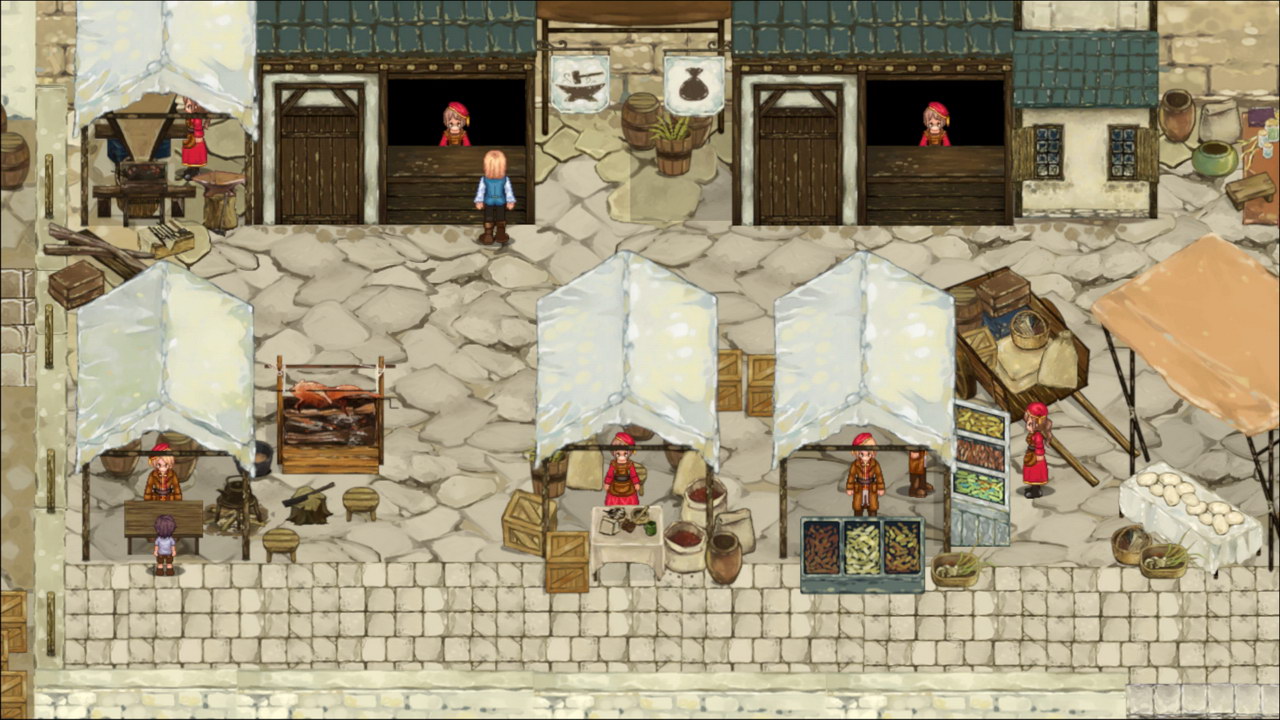 The Switch version of Celestian Tales is a compilation of two games and one DLC within the Celestian Tales universe. Canonically, there’s Celestian Tales: Old North, which brings six youths together and follows their path from lowly squires to (hopefully) knighthood. The six come from widely different backgrounds, and their personalities and personal objectives are the narrative’s strongest point. This is further intensified by being able to pick a primary character to follow, which changes up the prologue and other bits of the story in combination with some minor choice and consequence along the way. This nuance incentivizes multiple playthroughs, and while being a standout feature across both games, there are issues to be highlighted later that may make this a challenging endeavor for some.

Upon beating Old North, one can either get started on the second game, or dive into the accompanying DLC known as Howl of the Ravager, the latter serving as a prequel decades before the events of Old North. Although this is over within a few hours, it does provide some beneficial insight into the minds of certain characters and additional context for the rather surprising conclusion of Old North. Finally, Celestian Tales: Realms Beyond is a direct sequel to Old North that focuses on the same six companions nearly a decade after the events of Old North.

The reality of moral grayness, especially when it comes to wartime, is the overarching theme of Celestian Tales. In most cases, decisions have no clear right or wrong answer, as any solution will undoubtedly have both positive and negative aftereffects. Celestian Tales excels at making one weigh decisions before putting them to action. And even though some of the main story bits are a bit puzzling and bizarre, the colorful cast of characters nonetheless makes it an enjoyable experience. All considered, both games and the DLC combined have a runtime of 15-20 hours for a single playthrough, and can be substantially more depending on how many times it is played through to explore each facet of the story. 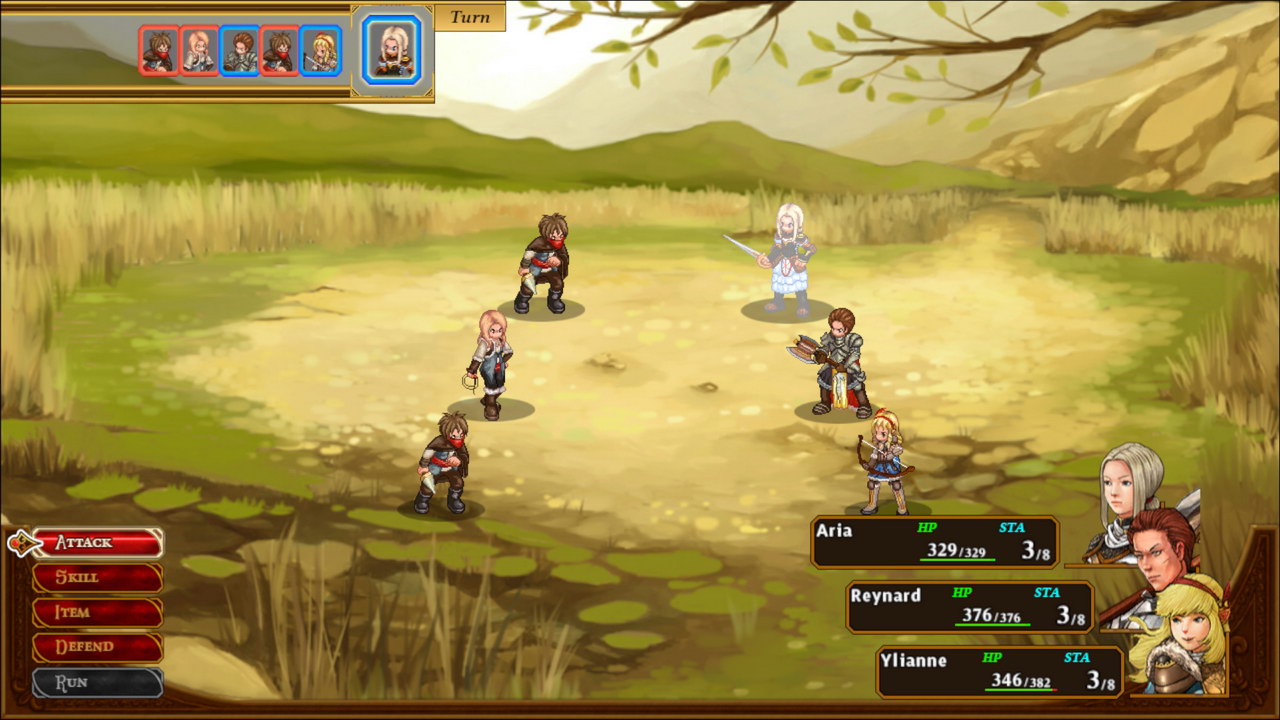 In stark contrast to the narrative, the gameplay of Celestian Tales is a by-the-numbers affair that ultimately hinders its replay value. In combat, both games and DLC utilize a three person party, but each handles it a little bit differently. Old North is the least restrictive in terms of party customization, allowing the player to use whatever party members they prefer pretty much any time, but also is the simplest when it comes to actual mechanics.

Its sequel, Realms Beyond, often forces specific party makeups alongside advances in the story, but does allow swapping between reserve members both inside and outside of combat in instances where there are more than three party members on hand. In every case, Celestian Tales uses a stamina-based ability system that is replenished through attacking and defending, though Realms Beyond is by far the best representation of it. While the combat is serviceable, it simply doesn’t do much to elevate it beyond that base standard and it’s only exacerbated by some balancing issues.

The party can upgrade their power through new equipment and new abilities. While different types of weapons can be purchased or found out in the wild, the bulk of their power comes from a crafting system that turns monster loot and some money into higher tiers of weaponry. While Old North is pretty straightforward in this regard, Realms Beyond is much more expansive and the lack of a bestiary does make focused material acquisition a chore at times. Character abilities are learned just about every level in Old North, and every few levels in Realms Beyond. The party shares levels, which makes keeping reserve members up-to-par a simple process. These learned active and passive abilities can then be set in one of a handful of slots for each character, giving the player some freedom in how they want each character to handle in combat.

Beyond fighting and progressing the story, however, there’s little to do in Celestian Tales. Whereas many people enjoy a simple side quest or two to cleanse the palate between meatier story bits, there aren’t really many opportunities for that here. Instead, the main campaign already features some petty fetch quests and far too much backtracking for such short experiences (individually). This unfortunately damages the incentive for multiple playthroughs because the game is just, well, a bit bland in terms of gameplay design. And the fact that Realms Beyond in particular is extremely buggy only makes matters worse. 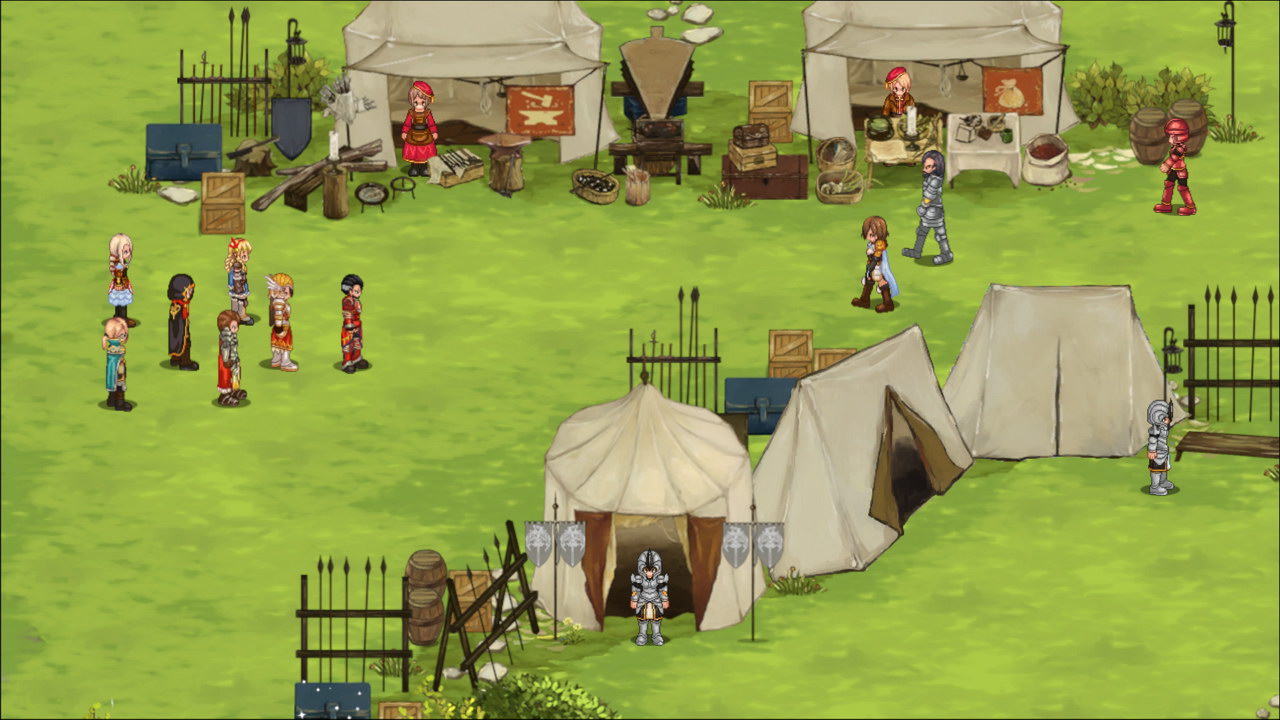 Hands down, the standout feature across the entirety of Celestian Tales is its stunning presentation. This high-fantasy world is brought to life by way of hand-painted backgrounds, detailed pixel art, and emotive portraits. This is accompanied by a banger soundtrack by Agate Simfonia and Ekuator Soundworks that has easily become one of my favorites on the Switch this year. There’s a clear progression in graphical quality from Old North, its Howl of the Ravager DLC, and the sequel that is Realms Beyond, though even the earliest assets are impressive in their own right.

There are no performance issues to note, though it’s important to once again stress just how buggy Realms Beyond is in particular. While many of its issues are cosmetic in nature – glitchy lighting, improper layering – some are potentially gamebreaking as it’s far too easy to get trapped outside of normal map boundaries. Event triggers rarely work properly the first time, and map transitions can also be hit or miss. Even scrolling through shop menus and browsing crafting lists can be a challenge due to bugs. This remains the case throughout the entirety of Realms Beyond, which really makes one question just how much QA was done in the sequel. 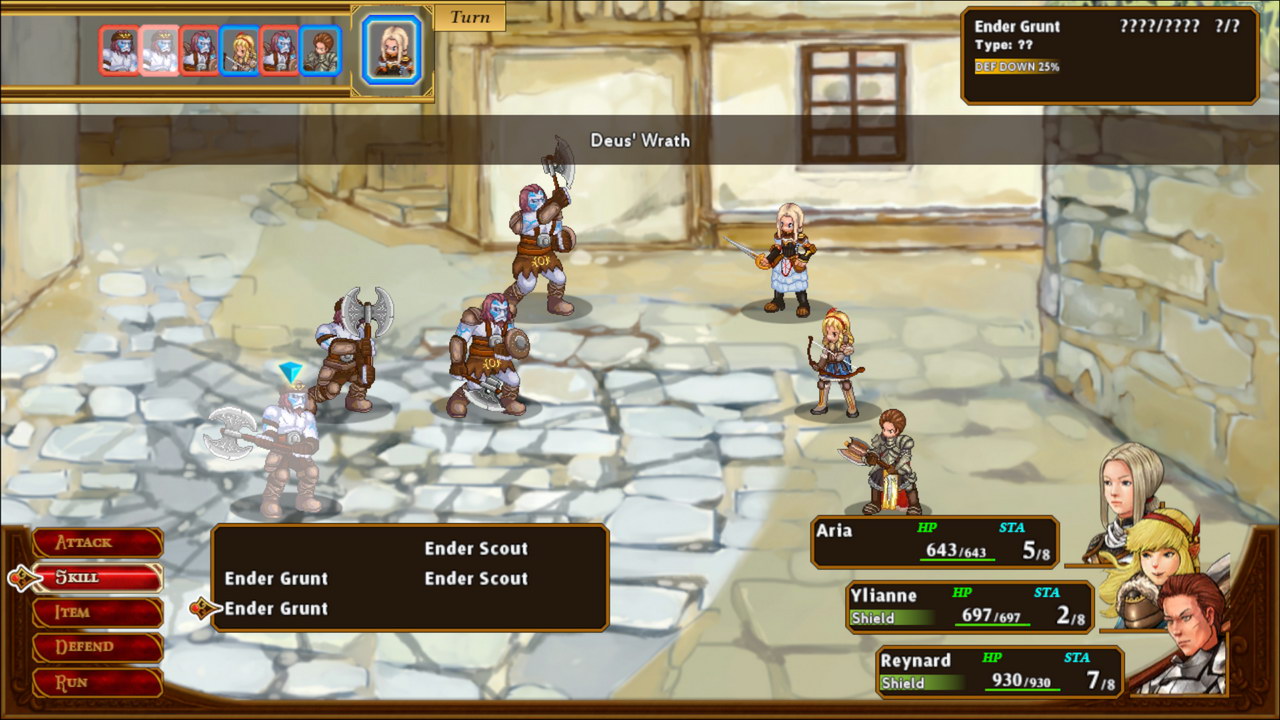 The beautiful, hand-painted world of Celestian Tales is full of political intrigue, moral conundrums, and unfortunately, some notable issues. While it’s clear that the majority of its stock makes up the presentation and narrative, the lack of quality elsewhere is noticeable and ultimately detrimental to the game as a whole. There may be lots to unpack here in terms of narrative nuance, but some may find the dull gameplay difficult to swallow multiple times over. And that is a shame because there’s a lot of story content here for the asking price. If you prefer story over gameplay, and are okay with said gameplay being a bit of a disappointment, then Celestian Tales may still be worth your time.