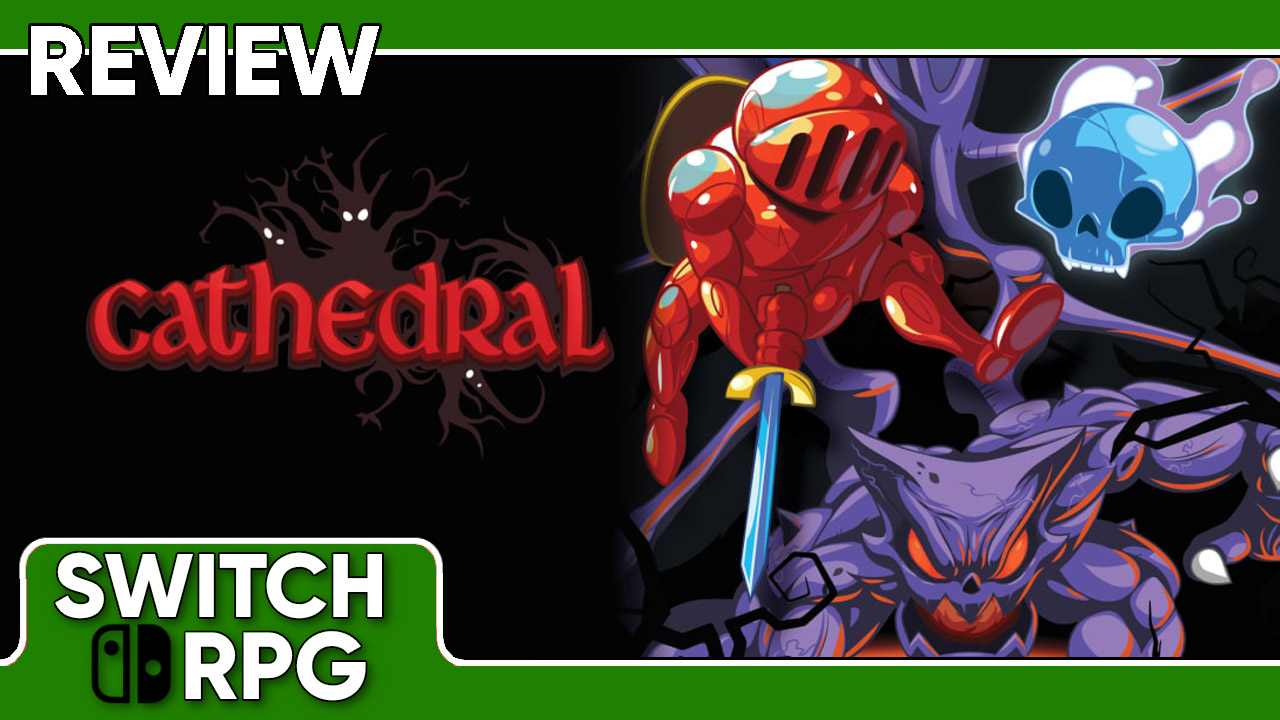 The Switch has become a great platform and home for indies, especially those of the metroidvania variety. Playing this style of game (especially in handheld mode) just feels natural. Cathedral, from Decemberborn Interactive and publisher Elden Pixels, released on Switch back in February and has been on my wishlist ever since. It’s a retro-inspired metroidvania (visually) that has been built from the ground up and powered by the team’s very own custom game engine. Let’s enter the Cathedral and explore its 600+ rooms together! 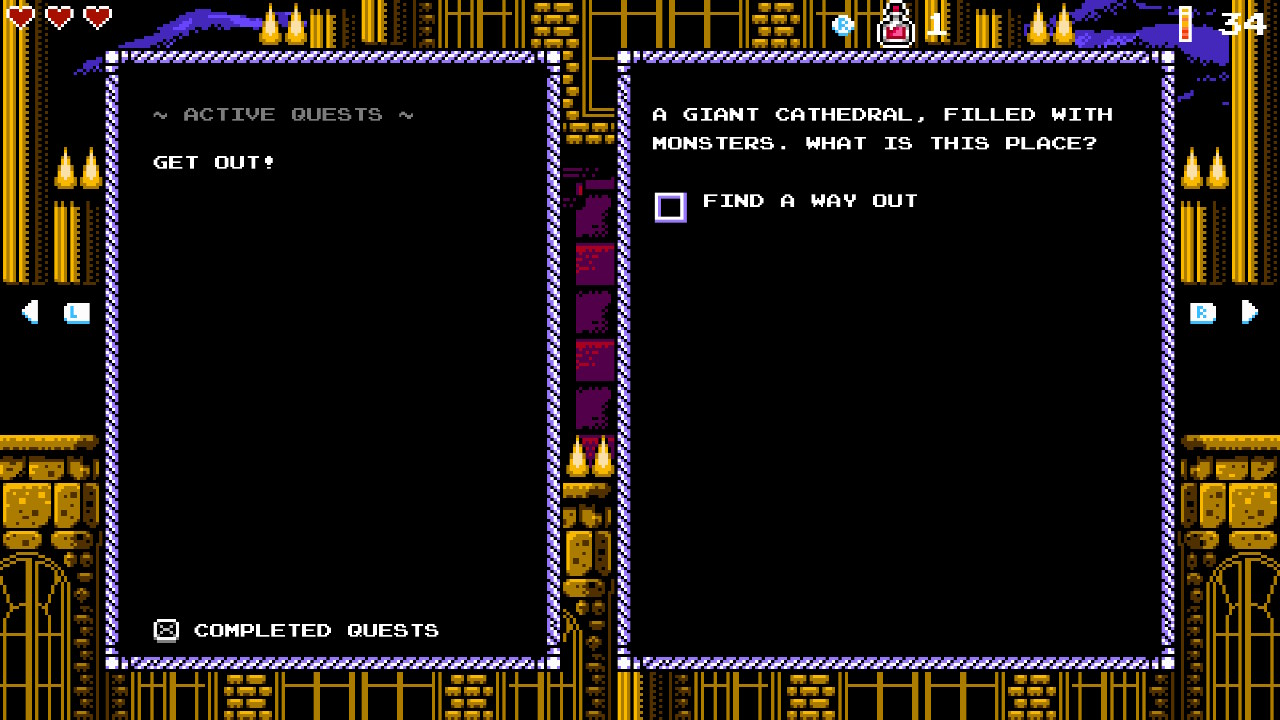 You awake, unsurprisingly, in a Cathedral, with no recollection of how you got there. As you explore it, you will find your sword, ruby shield, and an item known as the magnus apparatus, a special tool you will learn more about as the game unfolds.

Eventually, you come across the first boss and their imprisoned slave, a red spirit named Soul, who tricks the player into releasing them from their bondage. This “good deed,” however, throws the player from the cathedral itself! Fortunately, help arrives not long after the incident and you’re carried away to the nearby village for aid. 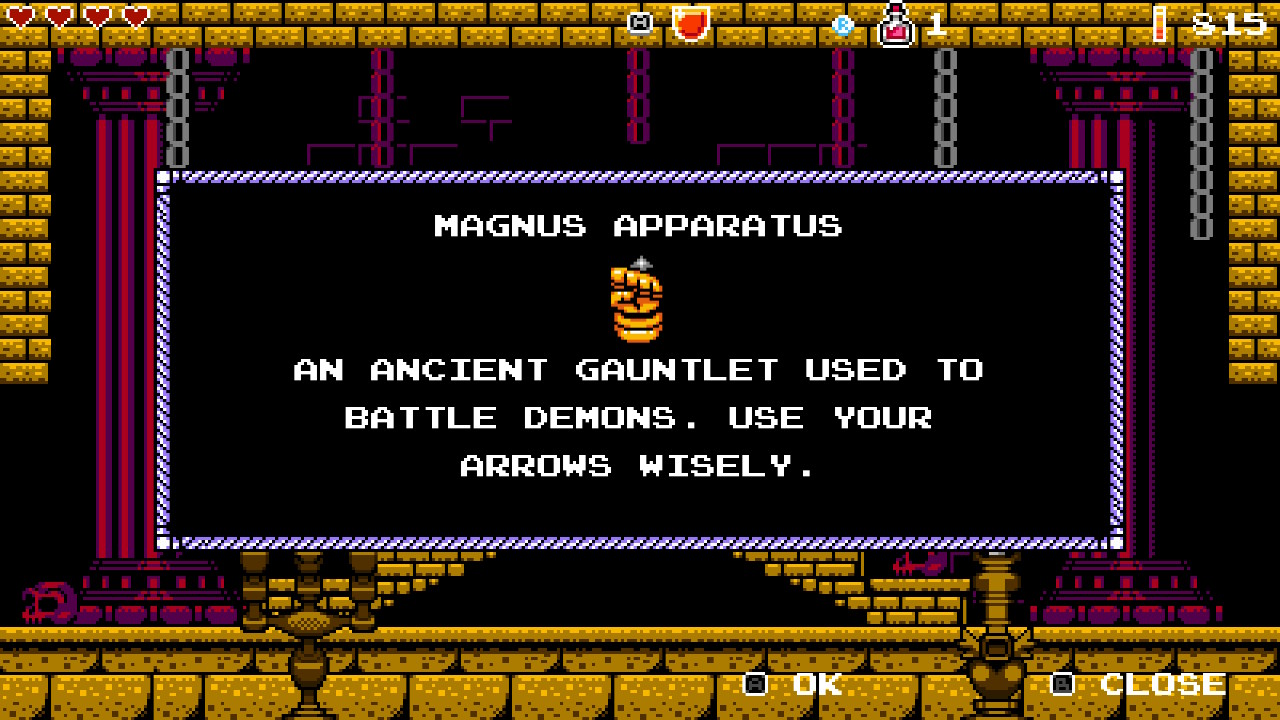 Upon recovery, and after exploring the town and venturing back to where you fell, you will run into Soul again. He is, in fact, glad you are alright as he needs your help and ultimately becomes your ally. After following him back up into the cathedral, you come across a giant door sealed by five orbs. The orbs were entrusted to five guardians in ancient times by Ardur, a demo-god. With the preamble set, and Soul at your side, you set off to find the orbs.

Ultimately, Cathedral isn’t very deep when it comes to story. As the player’s silent knight and sidekick Soul travel the world, most dialog will come directly from NPCs. While this isn’t unheard of in the realm of metroidvanias, I do wish the developers would have added a bit more story beats to go along with the hefty amount of exploration here. 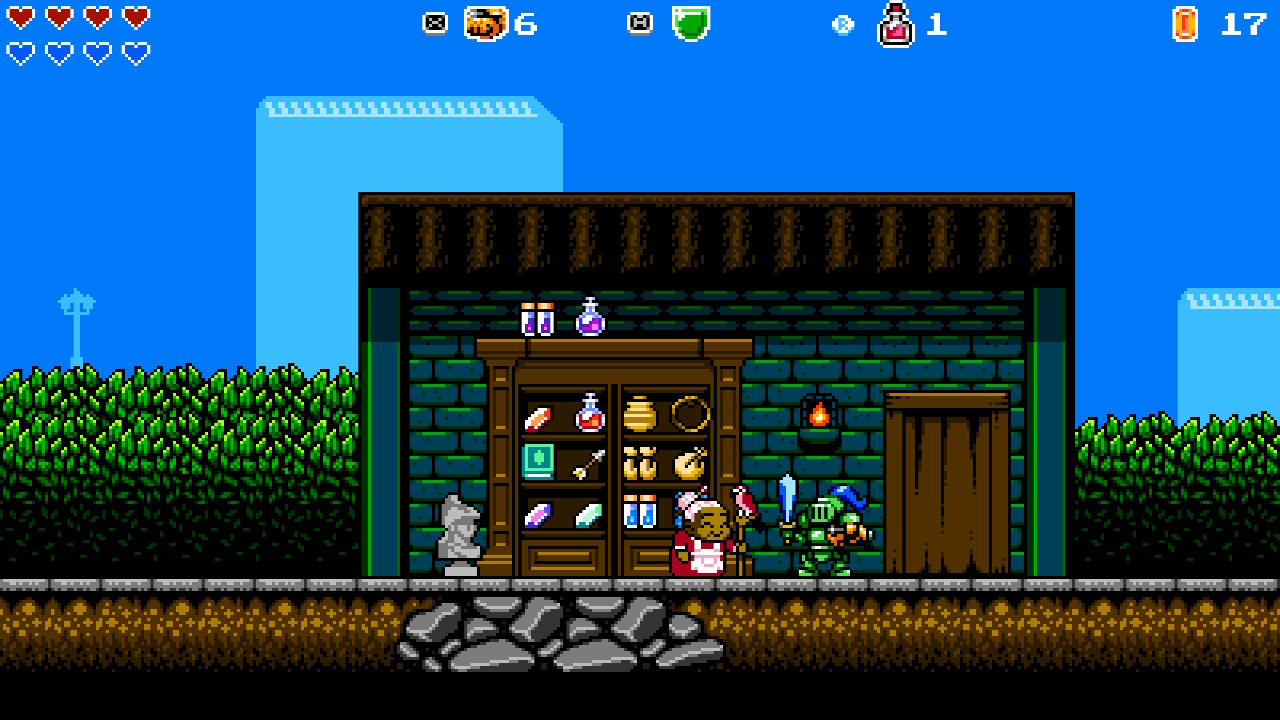 At its core, Cathedral is what you would come to expect from a metroidvania, utilizing the tried-and-true action-platforming formula with modern quality-of-life updates to great effect. It also draws inspiration from newer, similarly styled games such as Shovel Knight and Hollow Knight (you will see why later). The framework of the gameplay is very straightforward. You will traverse a lot of rooms and have to backtrack quite a bit. Backtracking aside, Cathedral still features a surprisingly vast gameworld.

As you travel the world, you will encounter all sorts of enemies and puzzles. For the most part, it is pretty clear between talking to NPCs, such as the fortune teller and using the map, where you need to go next – I only found myself stuck and lost a few times, but it was still pretty frustrating. 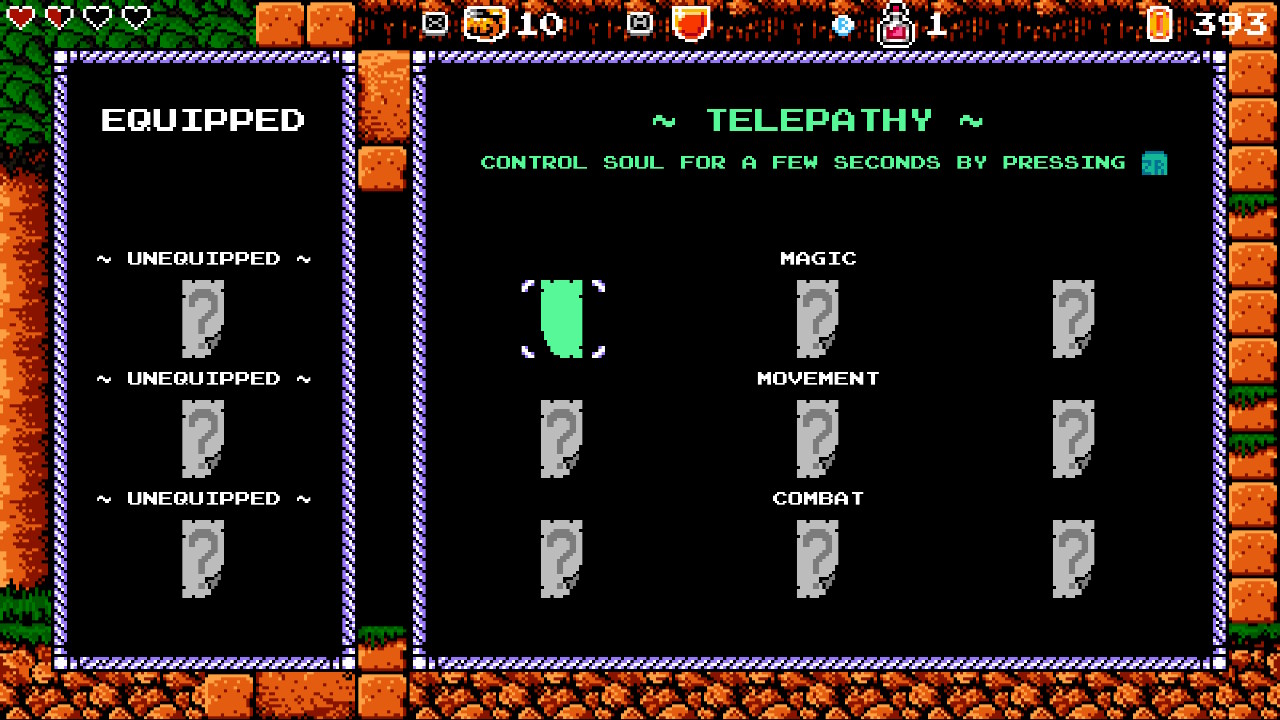 Soul, who becomes your ally despite almost killing you, has several useful abilities. One you learn early on allows you to control him directly. This allows you to send Soul into areas you can’t fit into to either push a block you need to solve a puzzle, or to hit a switch. Soul gets additional abilities as you progress through the story, but I will leave those for you to discover.

Besides investing money into the bank, the player can also purchase upgrades for their character. Some of the available items are upgrades to your armor, buying an item which allows you to teleport to the last checkpoint, an item to decrease the death tax (more on that later), and more. On top of that, you will also find various upgrades all over the world, from additional potion bottles and armor upgrades, to new skills for Soul that allow you to reach areas you couldn’t before. Some of these are missable and not required to complete the game, however. 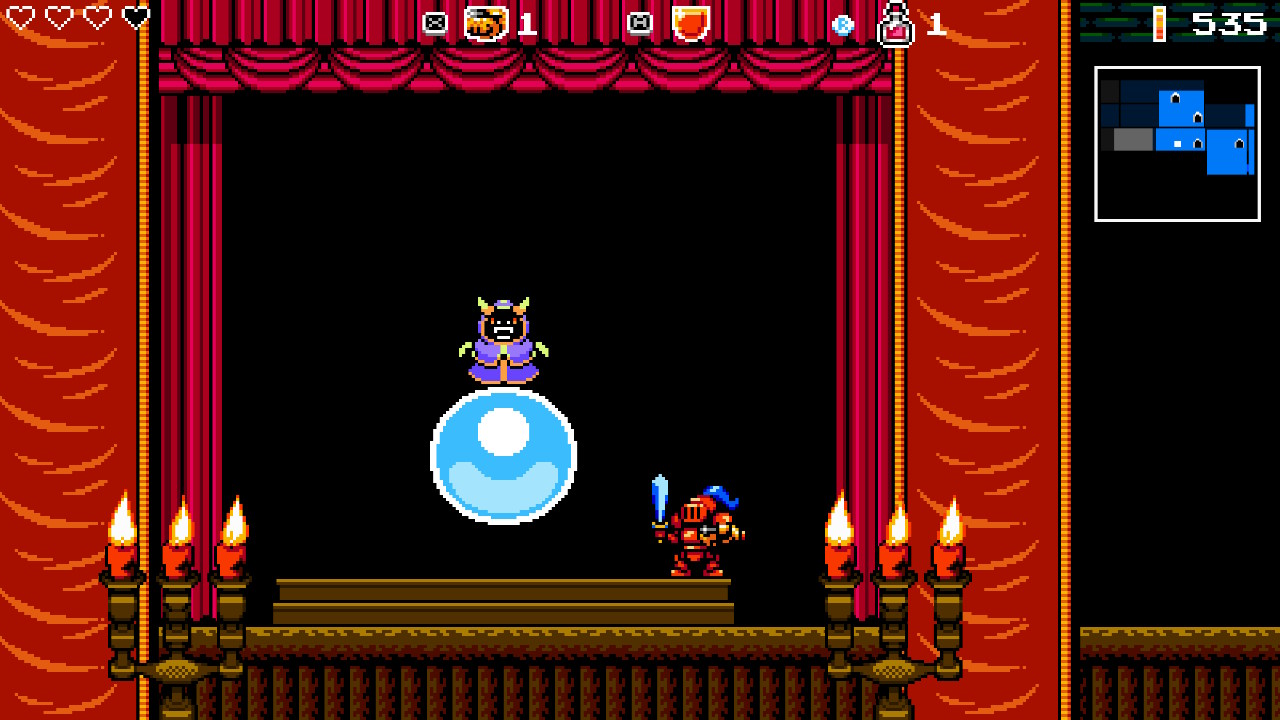 Cathedral does a good job of keeping track of all your items and quests, and the inventory management seems quite similar to games like Link’s Awakening. Most of the quests you will obtain are story-related and aren’t skippable, but you can get multiples at once and being able to manage them easily is very nice. There are some NPCs that will give you additional quests, such one the one that asks the player to retrieve books scattered all over the world.

When (not if) you die, you will lose 10% of your money, though you can get items along your journey to reduce that penalty. Another way to prevent losing large sums of money is to go to one of the shops in town which also acts as a bank and deposit your money frequently. You can’t deposit all your money for free, as your bank account storage is limited, and you will need to pay the shop owner to keep upgrading the amount your bank can hold.

Cathedral is by no means an easy game. You will die, and die a lot, especially during some of the boss fights (like the mermaid). While I found most of these boss fights to be fair, but challenging, there are some instances where enemies could be seriously exploited and it felt almost too good to be true (as if it was a glitch rather than an intentional design decision). Regardless, overall, I thought the combat and exploration was fun, clever, and the right amount of challenge save for a few frustrating difficulty spikes. 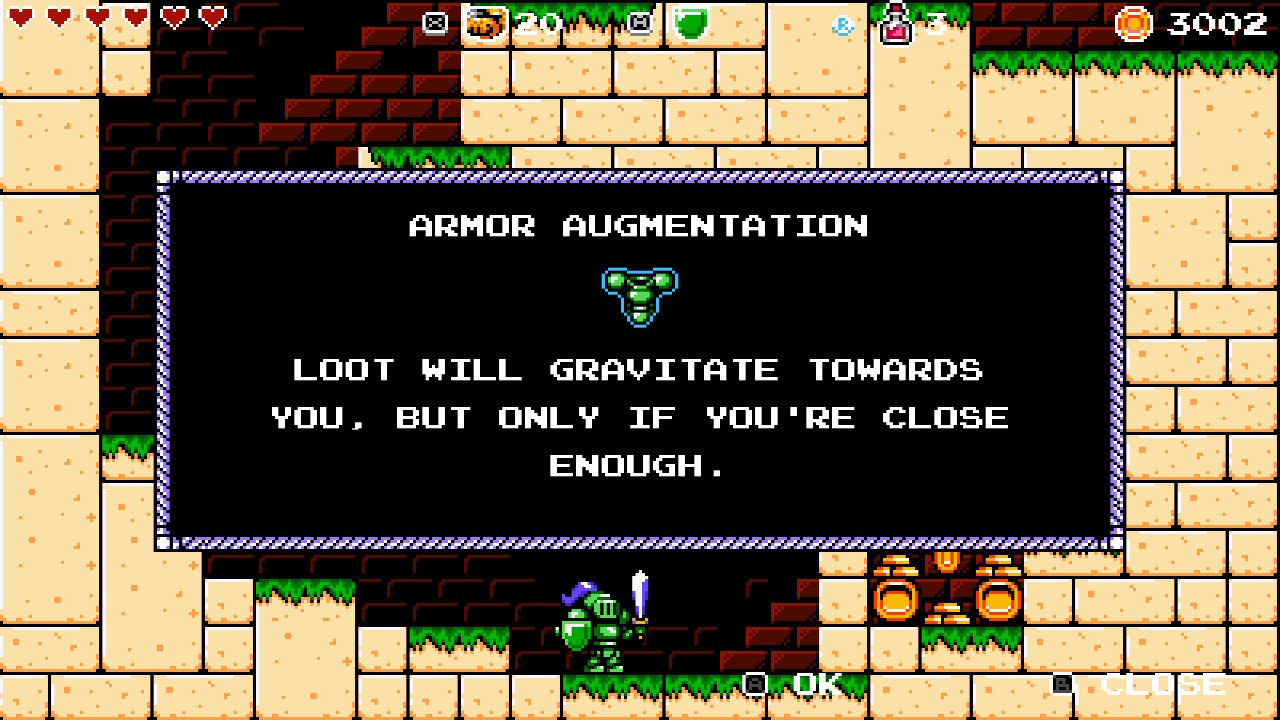 If you are a fan of retro-esque pixel art, then you’ll really enjoy Cathedral’s presentation. The chiptune sounds perfectly compliment the NES-like visuals. And don’t let the game’s title fool you – Cathedral travels well beyond its initial gothic stone walls that display via a palette of purples and yellows. It was a nice surprise to see the game utilize so many unique areas rather than being confined to one for the entire adventure.

Cathedral runs exceptionally well on the Switch. I didn’t experience any crashes, bugs, or slowdowns during my time with it, and the developers really demonstrated that they understand all the inner workings of the subgenre. Everything seems perfectly crafted and placed there for a reason, and each area is designed to feel distinct with its own visual and audio nuances.

Cathedral is a rewarding (and occasionally frustrating) experience that ultimately proves the developers know and understand metroidvania game design. The graphics and music perfectly compliment each other, nailing the 8-bit look and feel the game is aiming to achieve despite featuring many quality-of-life improvements that wouldn’t have existed “back then.” There will be some rage-inducing moments along the way, especially with a couple of boss battles, but they are ultimately worth the strife.

Cathedral took me 30+ hours to complete, and I’m still in shock as to just how big it turned out to be. In addition to some of the boss battles being difficult, I got lost a few times, but luckily the fortune teller and map eventually helped me discover what I had missed in those cases. Some doors are marked on the map, but many others are hidden away and will only be discovered by checking every crack and crevice on the map (this reminded me a lot of Axiom Verge). 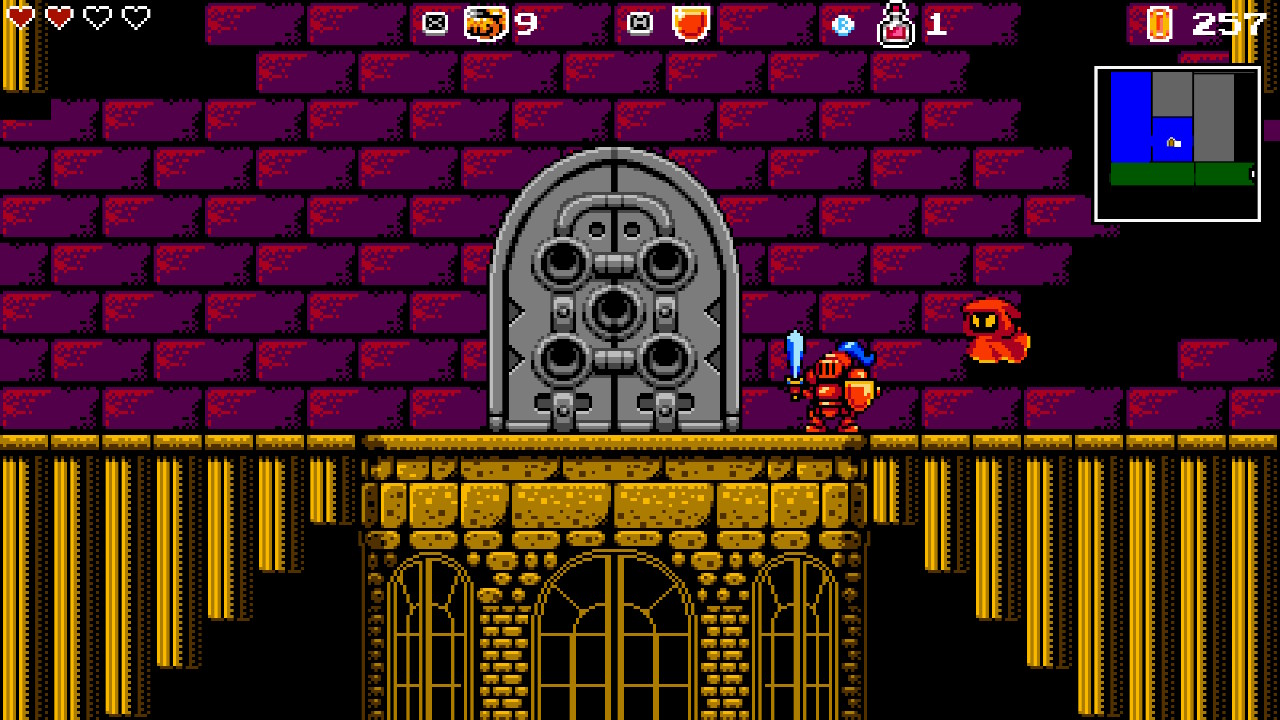 If you are itching for a challenging retro-inspired metroidvania that is backed by competent design, then open the doors to Cathedral. It definitely draws a lot of inspiration from other games, such as Shovel Knight, Hollow Knight, even bits of Zelda, especially with how the “dungeon” areas feel, and perhaps the biggest flaw is that it does little to innovate on what has been done time and time again. Regardless, the developers have created a great base to build off of for their next game, and I hope the new adventure – whatever it may be – adds a unique twist to this beloved subgenre.