If you grew up in the 90’s and remember the start of the Pokemon craze, this game will bring up a lot of nostalgic memories. Cardpocalypse follows 10-year-old Jess, an outgoing girl who is new to school. On her first day on the bus, she’s told that the whole school is absolutely OBSESSED with ‘Mega Mutant Power Pets,’ a card game based on the hit show Jess watches every morning before school. With cards based on four different animal types, you can collect and trade to build decks and play against other kids at school.

Jess soon finds that almost everyone at school either plays or collects the cards, and starting with a deck of her own, she goes throughout her school day bonding with kids by battling and trading. The grown-ups at school can’t stand the game (did anyone else get their Pokemon cards confiscated back in the day?) and do everything they can to circumvent play. Jess, fearless as she is, refuses to be stopped, with her trusty dog cards there to see her to victory. Soon, though, it seems like something strange is afoot. Monsters from the series are roaming about, and the only way to defeat them is through battling them at cards!

‘Mega Mutant Power Pets’ plays a lot like popular Blizzard title ‘Hearthstone.’ With one creature as your leader, you’ll use other pets to bolster your ranks, and effect cards with all sorts of mechanics to aid you in your endeavor to take out the enemy leader card. Each card has different traits, with each receiving added bonuses once their Hit Points have been dropped to a certain level. This keeps games interesting, with the abilities proving difficult to overcome in some circumstances, leading the player to try and think ahead to anticipate damage and creature drops.

One facet of the game that is very important is trading. You can trade cards for cards, or even bribe kids with snacks from your lunch box every day to try and score better cards. Jess can then use her spoils to customize her decks to become even stronger. With the ability to hold on to more than one deck, you’re able to tailor your play style to suit your opponent’s tactics, making it easier on you to defeat opponents with cards you’ve struggled against before. 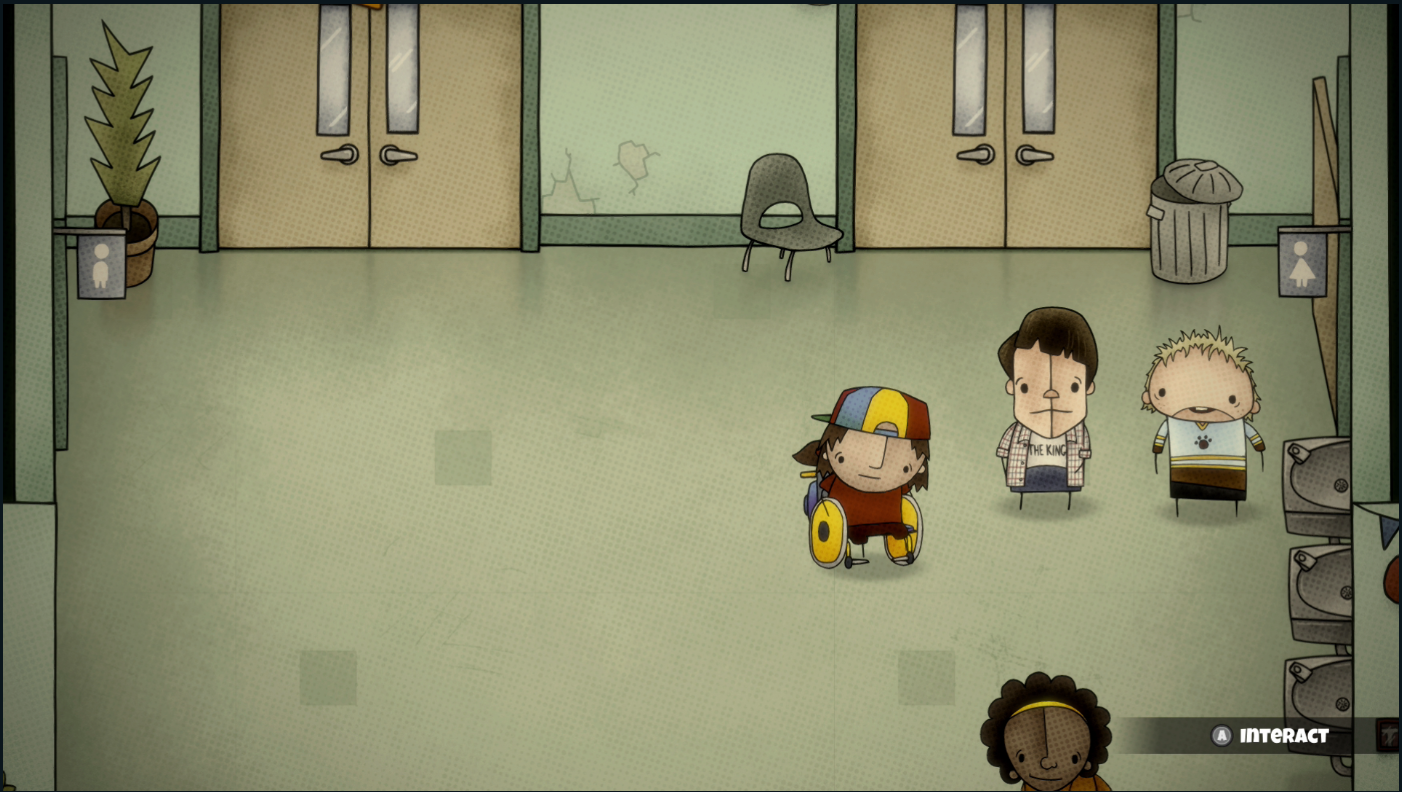 With mechanics like “Defender,” which is indicated by a shield icon on the creature emblazoned with the ability, opponents have to take out the Defender critter before they can hit anything else on your side of the battlefield. Dropping a few pets like this down can take the heat off your leader, allowing you to also build up your forces to strike your foe. While pets usually have to wait a turn after being played to be used (Magic: The Gathering players know this as ‘summoning sickness’) the “Charge” ability allows these fast-hitting pets to become active on the turn they’re played, making them a bit of an annoyance if they’re not on your side of the field. Anyone that’s played Trading Card Games before featuring monsters, soldiers, or magic will be familiar with the flow of the game. The influences here aren’t hidden, and in fact, the familiarity makes it easy to get into the title. While there’s not a lot here that’s new, it does a good job putting to use that which it has borrowed.

Cardpocalypse has a hand-drawn aesthetic, with the kids and environments appearing to be part of a storybook created by a kid with a very active imagination. While the animations can sometimes seem non-existent, the art style lends itself very well to what’s being presented with this game. The sound design isn’t bad, but is totally forgettable and nothing to really write home about. Some moments shine more than others, with the title screen in particular eliciting the hype I felt as a kid when my favorite shows would come on after school. While I wouldn’t really be a fan of the art assets in most circumstances, I feel like they’re a good choice for the type of game the developers have made. With the schoolyard story of kids fighting monsters and playing cards, it really takes me back to my own childhood of trading on the playground and hiding from the prying eyes of adults who would probably take my shiny pieces of paper away from me on sight. 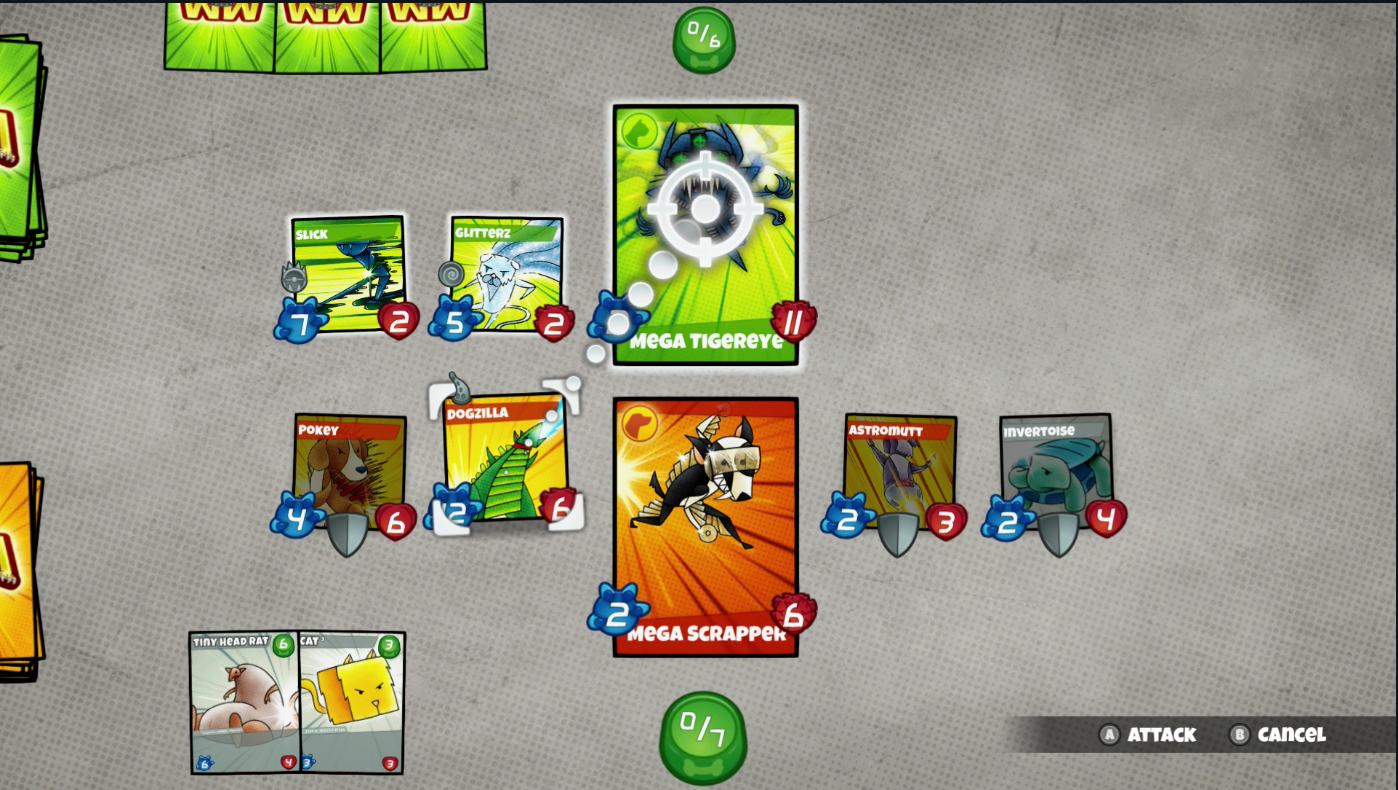 There are a couple of areas where some improvements could be made. Most notably the lack of an easily accessible save system is a source of minor frustration, making the player rely on a shoddy auto-save feature that doesn’t seem to save very often and forces you to replay not only entire battles, but also story sequences. While this is fairly vexing, it’s not a complete deal breaker. Fighting the same kids over and over with no change can be annoying, especially when its not clear where you’ll pick back up should you need to put the game down to pursue other endeavors.

The gameplay you’ll experience is mostly borrowed from other popular card games, but that doesn’t make it bad. The story is cute, and Jess’s anxiety over fitting in at her new school, coupled with trying her best to include other kids that don’t seem to have many friends is really very heartwarming. Jess is a breath of fresh air for a female protagonist and wonderful positive representation for kids with disabilities. Jess doesn’t let her wheelchair set her back at all, and answers questions from other kids with a level-headedness that shows her true maturity. 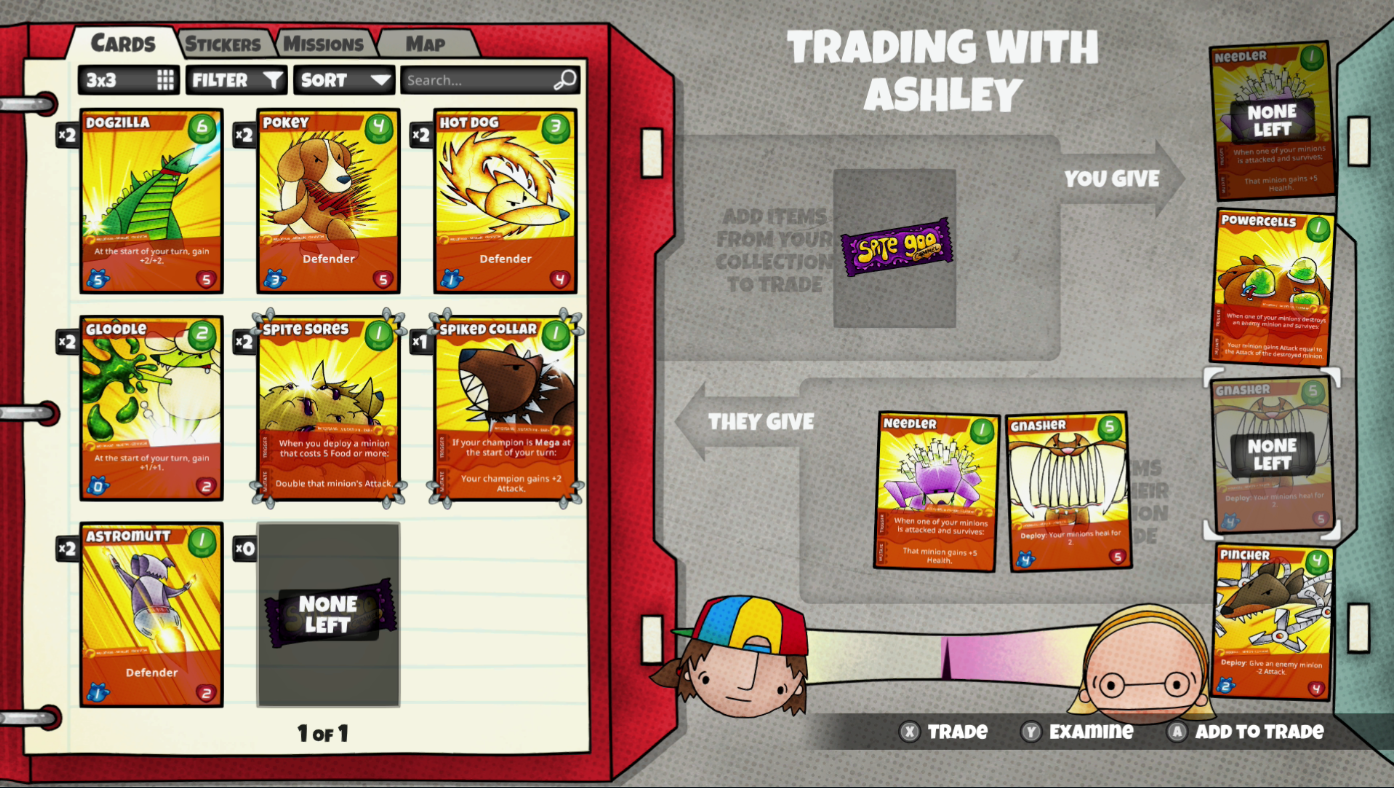 Cardpocalypse made me want to dig out my pogs, organize my old Polly Pockets, kick some baddies around in Turtles in Time for SNES, and order a DVD set of Biker Mice from Mars. I was happily remembering simpler times — trading for promo cards from other kids and collecting all my treasures in a big fat binder to look over at lunch time. Jess is a strong-spirited girl who is pretty easy to identify with. Her charming bravery and dedication to just having fun at her new school (all while trying her best to fit in and settle in) is certainly admirable. Buckling down and doing her best to save the school, and the entire world shows just how brave a kid can really be. While the game has its kinks with a few bugs here and there, its honestly an enjoyable little journey that kids of all ages can play and enjoy.