Released in 1993, Breath of Fire landed on the SNES in the middle of an RPG golden age. With the game now available to Nintendo Switch Online subscribers, we have a chance to see how this game fares in the modern era. Does Breath of Fire live up to the fond memories of many? Or would it languish in obscurity, surrounded by an SNES library that boasts some of the greatest games of all time? As a first time player, I was eager to find out. 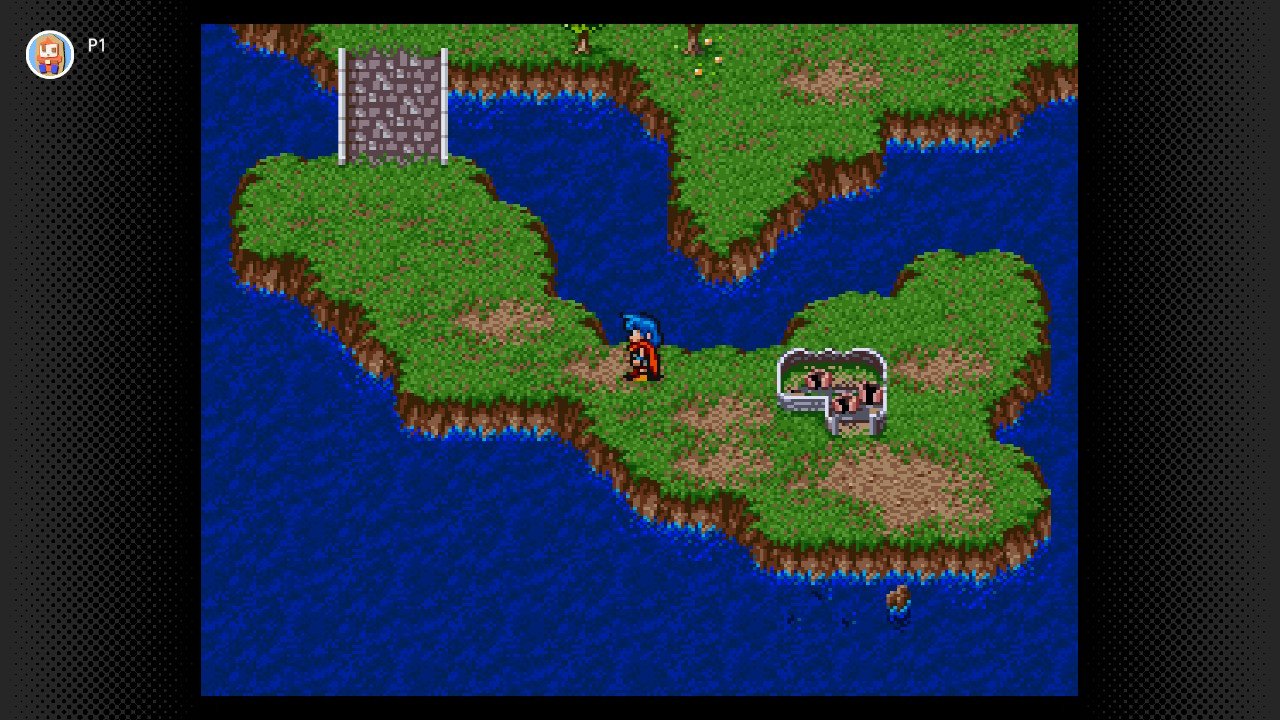 Booting up Breath of Fire for the first time, you are greeted with a cutscene and story introduction that fits in perfectly with other games of the era. The first spectacular sequence features a brief bit of exposition, explaining the lore behind the world. A goddess who allowed rival dragon clans to vie for her power, until she was sealed away lest her desire for mortal entertainment destroy the world. Transitioning into the opening drama, the Dark Dragon Clan has launched a war against the Light Dragon Clan, attacking one of their cities while the citizens scramble to defend themselves. What follows is a scene of self-sacrifice, action, and loss, which sets our hero, Ryu, on the path to not only save his kingdom, but to liberate a loved one from the hands of the Dark Dragons as well.

From these opening scenes, the game opens up, with Ryu traveling the world on a more-or-less linear path, meeting new companions, battling the forces of the Dark Dragons as they wreak havoc on the world, and acquiring the keys necessary to unlock goddess’s power before the Dark Dragons do. 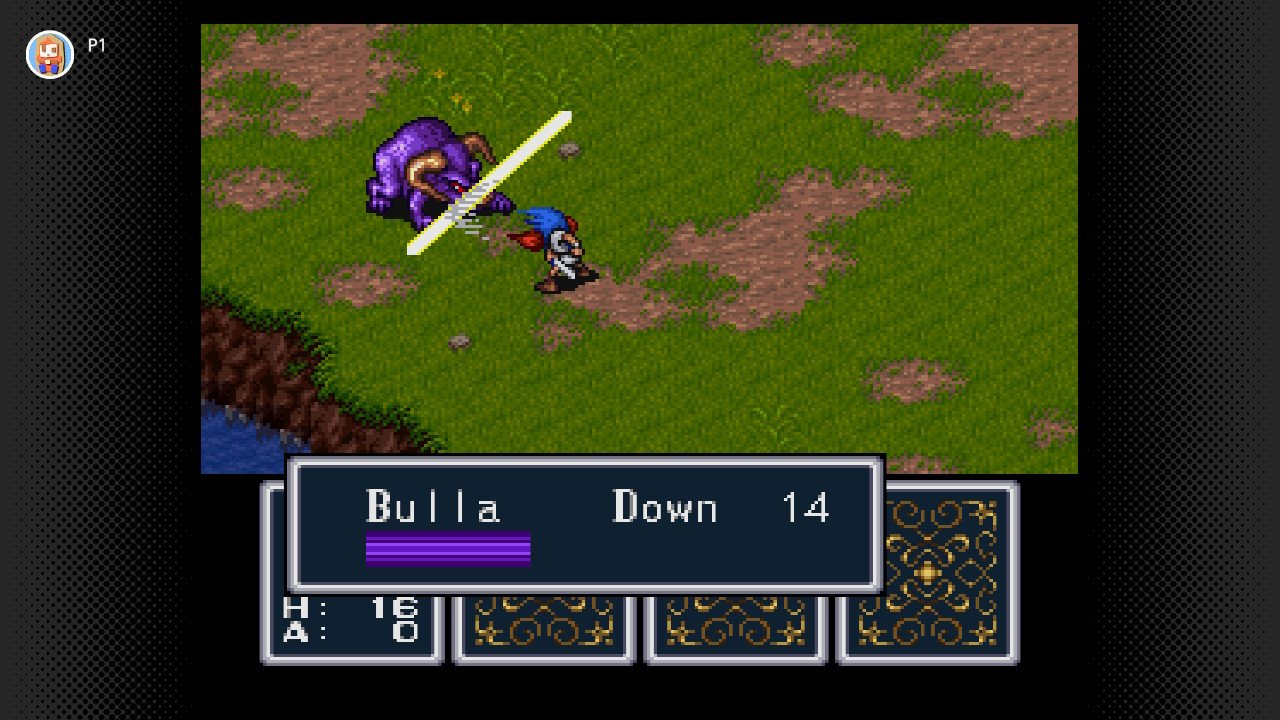 Stepping into the overworld for the first time, you’ll be greeted by a standard JRPG template: random encounters on a world map with two rows of combatants lined up against each other for turn-based combat. Our starting character, Ryu, begins the game as a simple warrior, relying on basic attacks, magic attacks, and the occasional counterattack to deal damage to the monsters that assail him. Early enemy encounters can pack a dangerous punch, as some mobs thrown into the mix at the beginning can kill Ryu if you aren’t careful. This early difficulty spike can be a bit jarring, as it feels like a throwback to earlier NES-era RPGs, but a little grinding up for equipment and experience – while running from the harder enemy encounters – and you’ll find yourself moving along at a satisfying clip.

As the game progresses, combat will continue to ebb and flow in difficulty as you reach new areas. Monsters in Breath of Fire often hit hard and fast, forcing you to carefully manage your magic points on the healing characters you eventually acquire, along with keeping a healthy stock of healing items at your disposal. In general, however, combat is- strategically- a basic affair. Most characters will learn new abilities as they level up, which can deal and heal damage, inflict status effects, or boost stats. Ryu, meanwhile, gains some transformation abilities throughout the game, allowing him to unlock the Light Dragon powers that reside within him. These transformations are powerful and satisfying, and help to add a little variety to an otherwise rote combat system. Some mid-to-late game characters also add additional interesting combat mechanics, like the ability to fuse characters together to create more powerful units. 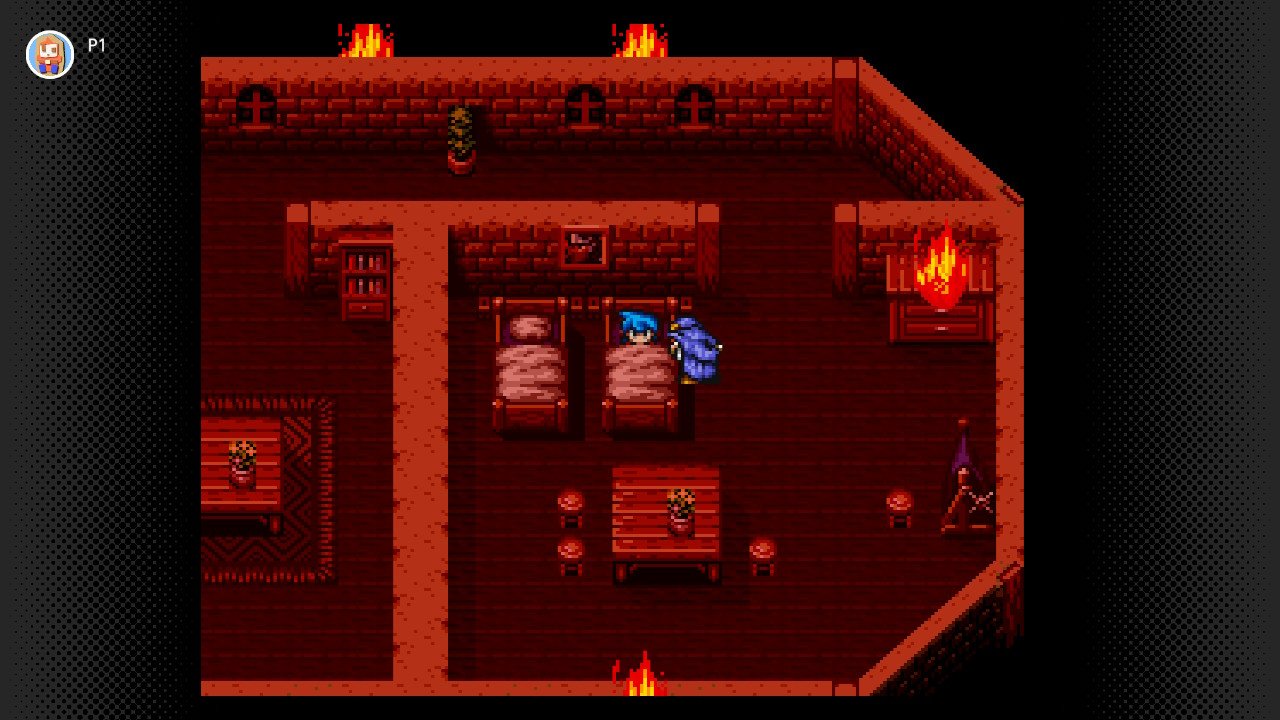 Storytelling in Breath of Fire, like the combat, tends to feel like a strange mix of NES- and SNES-era influences. Hailing from an era of innovation (released between Final Fantasies V and VI, in fact) Breath of Fire seems a little behind the times, failing throughout the story to consistently reach the same heights as the opening scenes. Dialogue in most story segments can only be called sparse at best, with short snippets of dialogue letting the player know where to go next. In some cases, even these basic instructions aren’t enough, and the player will find themselves scratching their heads about where the game intends them to go next.

That isn’t to say the game never aspires to do more with the technology of the SNES. On the contrary, certain set pieces result in prolonged cutscenes and interesting uses of the tools of the time. You may find story events drastically change the landscape of certain towns, dungeons, and even the world map itself. In this, the developers certainly showed a desire to leverage the advances available to them, but were simply behind the curve compared to experienced RPG developers like Enix and SquareSoft. The end result is an uneven adventure that continuously bounces between fresh and dated ideas for the era. 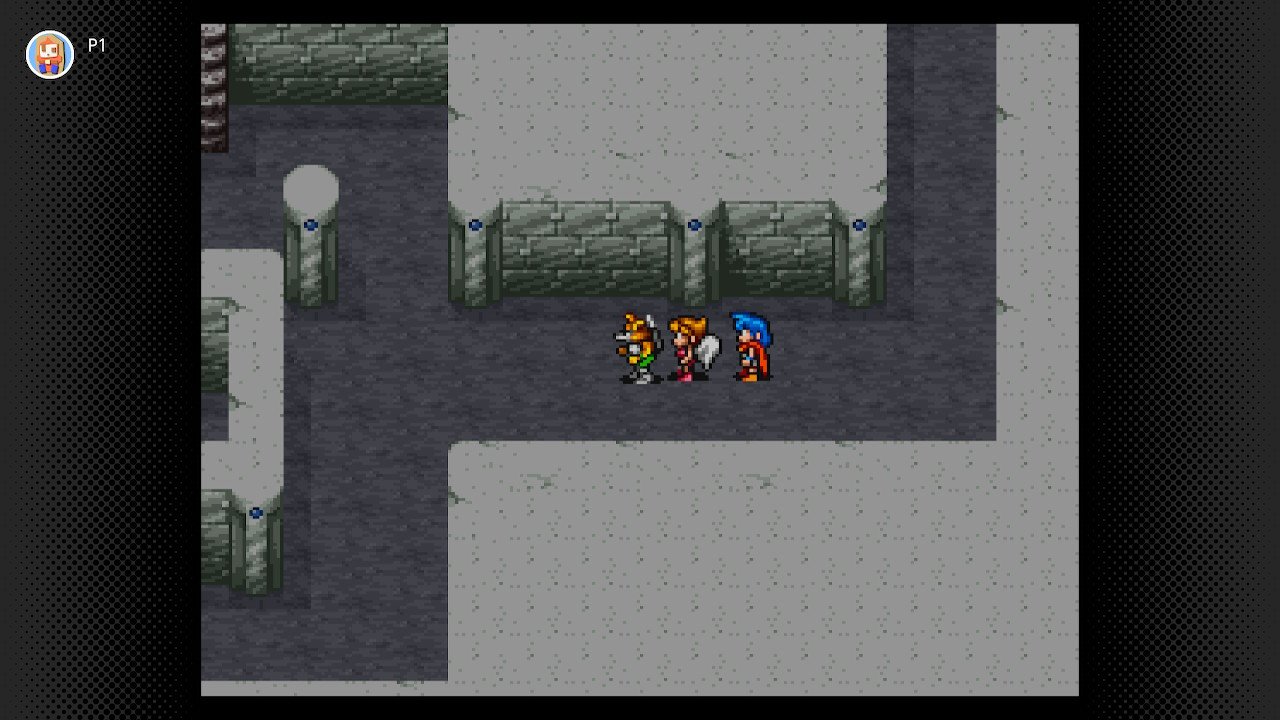 One area that Breath of Fire absolutely nails is its dungeon design. While modern gamers may not find anything particularly innovative, Breath of Fire contemporaneously should have stood as a shining example of dungeons done right. The earliest dungeons feature simple twisting paths and hidden treasures, fitting for players starting out their adventures. As the game progresses, the challenges each dungeon presents grows. Players will find themselves jumping from floor to floor, solving puzzles, or navigating tricky obstacles and mazes to progress – all while being harried by the game’s dangerous monsters.

Overworld and town exploration, meanwhile, comes with its own benefits and pratfalls. As the game works to make each of its playable characters unique, some are given secondary, non-combat abilities. One early-game character gives the player the ability to walk through forest tiles on the world map, opening up a new avenue for exploration. He also comes with the ability to fire arrows at random animals who appear on the overworld, netting healing items in return. Other characters bring their own set of skills, such as the ability to pick the locks on treasure chests and doors, the aforementioned fusing ability, and others.

If anything truly bad can be said about exploration in Breath of Fire, it’s that the game’s random encounter rate is overtuned just enough to make exploration feel uneven. Many times, you’ll find yourself stuck fighting long battles every few steps, completely losing whatever momentum and train of thought you were following in a key dungeon. While I have no way of verifying it in-game, I often felt that certain areas had higher random encounter rates than others, creating downright infuriating segments – tediously fighting the same battles over and over again and watching my MP and item reserves dwindle all the while.

At the end of the day, Breath of Fire stands as a solid ‘first outing’ for an SNES-era RPG series. Like many other RPGs in the 16-bit era, the game struggles somewhat to find its footing, making great strides in some areas, while feeling woefully out of date in others. For modern RPG fans, Breath of Fire offers a nice bit of history and an enjoyable adventure – provided you have the patience to deal with the game’s larger faults.

I wiuld be looking forward for Breath of Fire 3. All older versions were not as satisfying

+1 to Breath of Fire III – I hope it comes to Switch at some point.

I must have rented this game 10 times when I was a kid, trying to make any progress. It was very difficult for me back then but for some reason it really left an impression on me. Playing it again on SNESonline, I remember most of it even though I havent played since it was a new game.