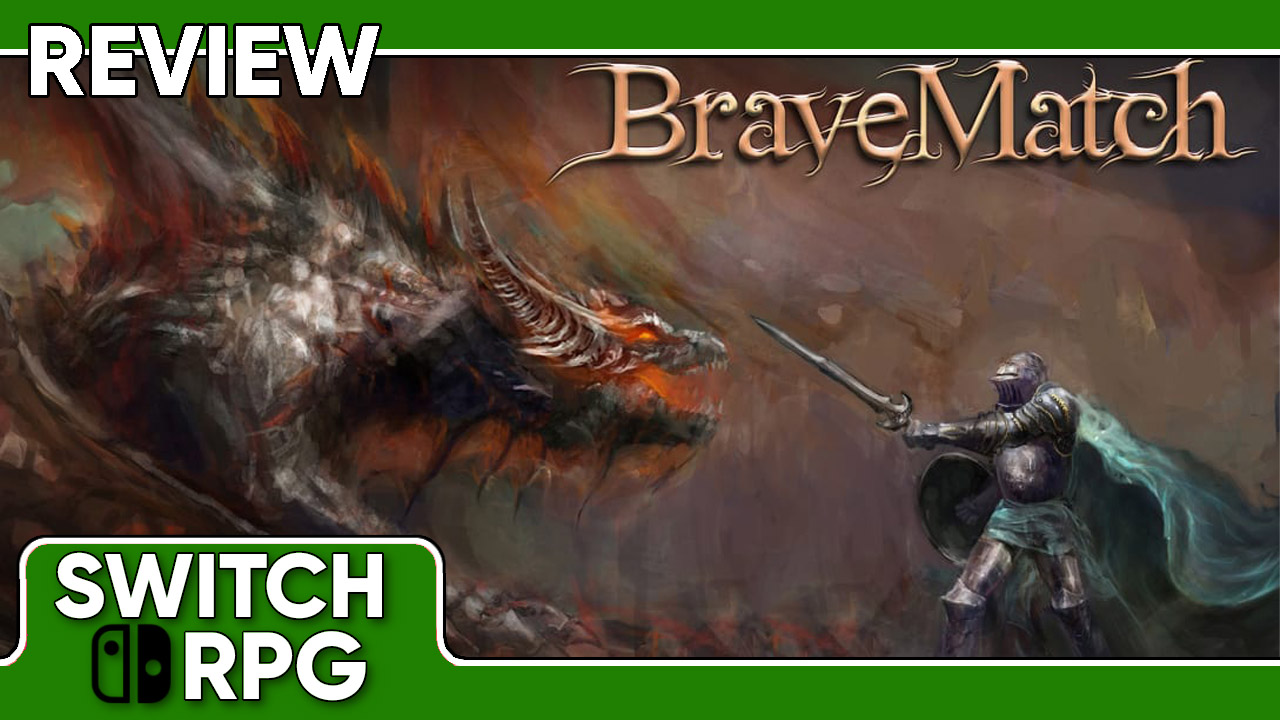 I realize this is, like, so 2017, but isn’t the idea of the Switch being a hybrid system still such a cool concept? Whether you need or want to play it on-the-go, or on the big screen, it doesn’t matter. Play the Switch your preferred way!….unless a game, like BraveMatch, takes that freedom away from you. If that was the only sin of this Match 3 RPG, then I’d be willing to let it slide.

There’s literally nothing to see here, unless you count a dragon being a part of both the header and the – spoiler (but not really) – final level as meaningful story content. Next! 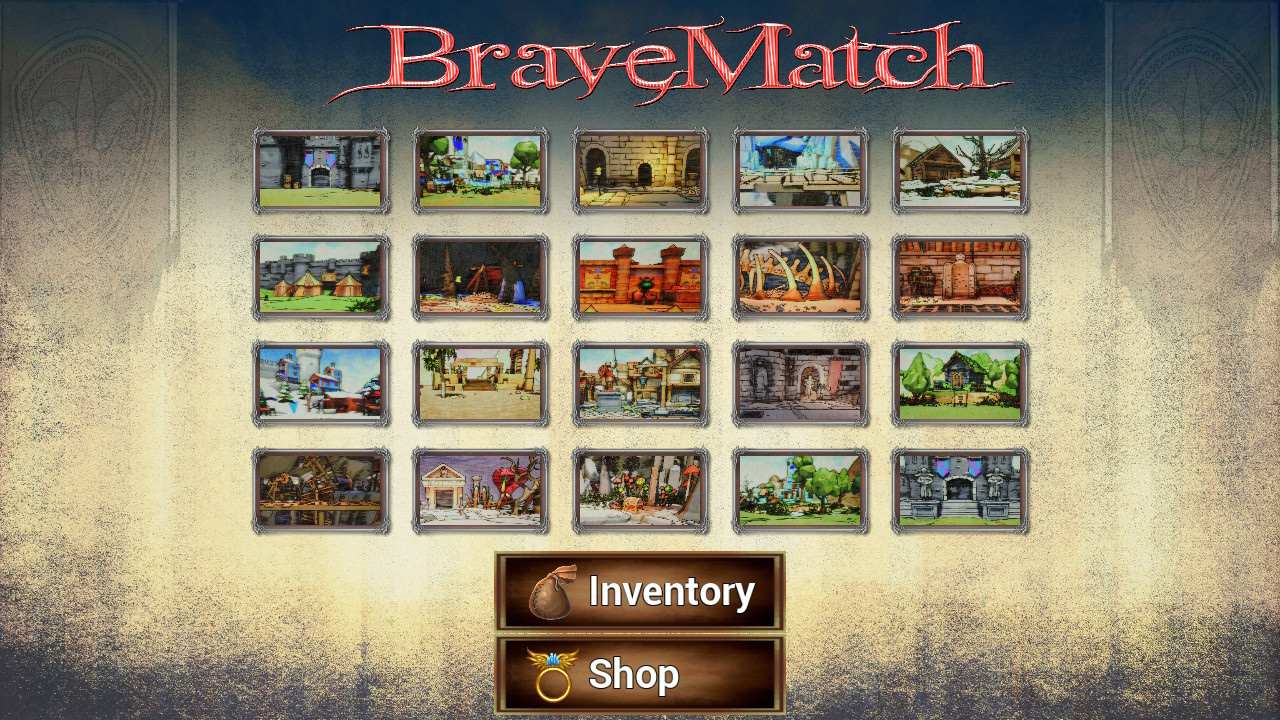 BraveMatch is, you guessed it, a Match 3 RPG that has the player defeating 20 enemies spanning 20 different levels. The goal of each level is to defeat the opposition before they have the opportunity to defeat you. This is performed by aligning at least three matching tiles on the grid in order to deal damage, restore mana (used for skills), collect coins (for use in shops), or to temporarily beef up defenses for an incoming attack. Generally, the player can perform three “matching” actions to every one action performed by the enemy.

Defeating an enemy will unlock the next level, and provide a brief moment of respite for the player to peruse the item shop and equip new gear. The player can be outfitted with new weapons, body armor, and shields, though it seems the former two are the only ones that actually affect player power while the latter is merely cosmetic. Gear progression is pretty basic, with higher tiers providing boosts to base stats without any nuances to consider. Each weapon also has a unique ability that can be used at the expense of mana, but these generally boil down to higher tier weapons simply dealing more damage rather than functioning differently. The player can choose to advance to the next level whenever they are ready, or they can opt to repeat previous battles to accrue additional gold. One thing to note here, however, is going back to previous levels that are beyond the very last one completed will result in the player having to repeat some previous levels once again. 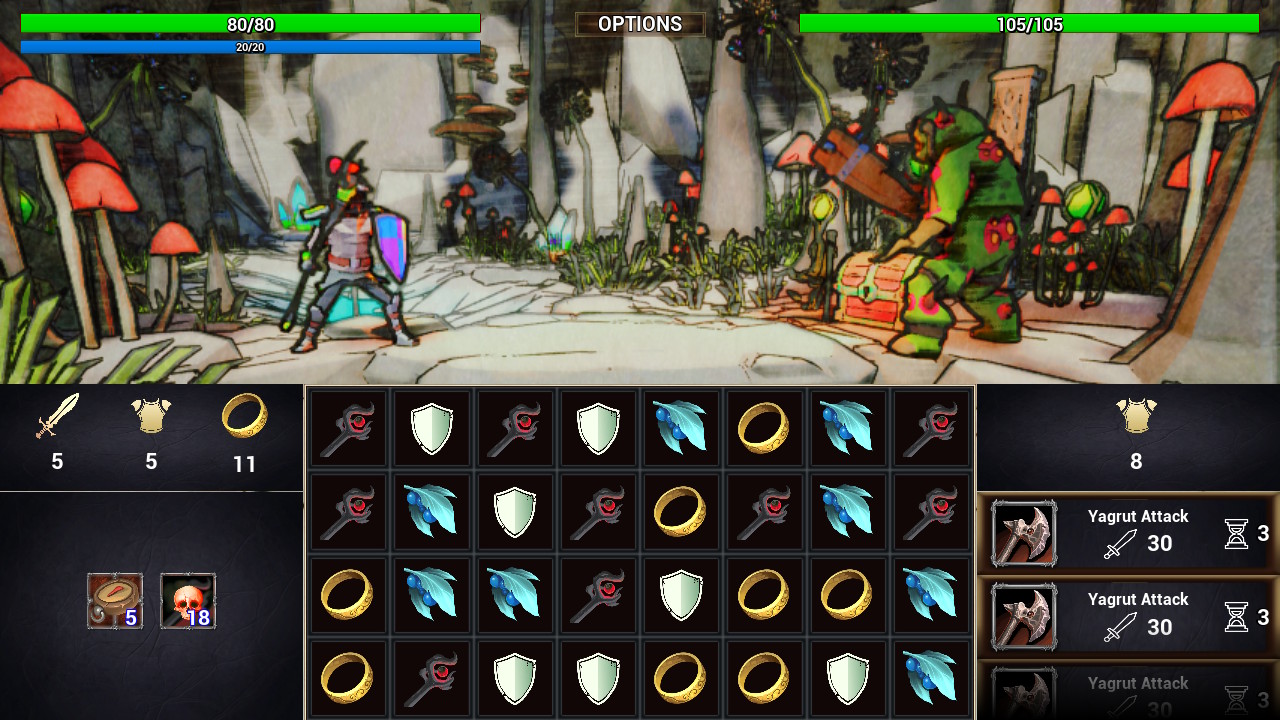 …and that just about sums up everything BraveMatch has to offer. What is the problem then, you might ask? Besides the fact that it can ONLY be played in handheld mode, and only via touchscreen (more on this later), there are a myriad of issues under the game’s hood. First, the game is easily beaten in less than 30 minutes. While this isn’t a bad thing by default, BraveMatch lacks the depth and variety necessary to compel players to partake in it multiple times over. Enemies always use the same attacks, and at the same frequency, and provide virtually no challenge to the player unless they opt for a “default equipment only” run. This is an RPG with gear progression, so who wants to do that (especially on a first run)?

Other console versions of this game reportedly have achievements (not the game’s fault, but rather the Switch itself) and, wait for it, controller support (what the actual F?). If my findings regarding other console versions are true, then I sincerely don’t understand why the developers chose to port a version to the Switch without controller support, especially considering the hybrid nature of the platform. Unacceptable, if true.

Regardless, as-is, the game’s RPG mechanics feel like they’re there “just because” rather than an intelligently designed addition to the experience. There is so much more that could have been done here to improve the experience, like, well, just more variety. You can’t expect someone to pay $5USD for a game that is easily beaten within 30 minutes and provides virtually no replay value. 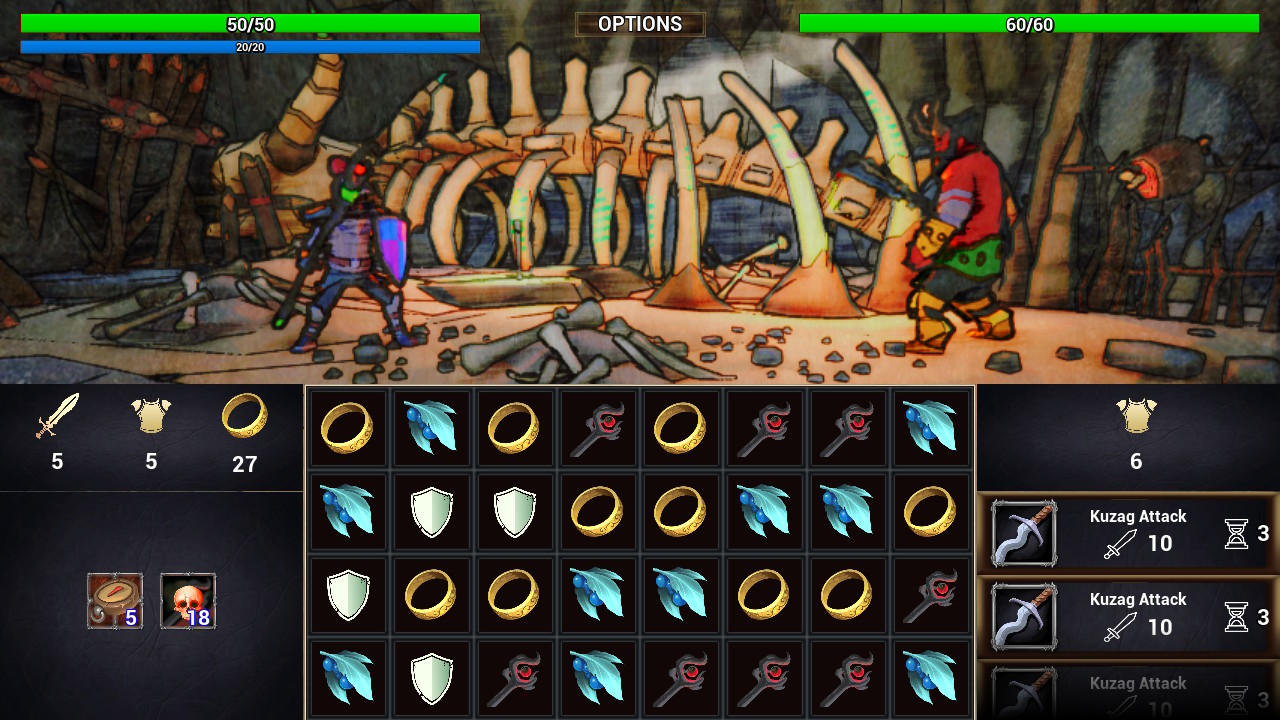 Gripes aside, one thing BraveMatch does exceptionally well is providing a unique, pleasing presentation. Although there are striking differences in the UI compared to the actual player, enemy, and backdrop aesthetics, they compliment each other well enough. Furthermore, the sprite and background visuals are very unique, featuring sort of a colored pencil-meets-watercolor design that can be quite breathtaking at times. Even though the enemies themselves lack variety mechanically, their appearances and respective locales are quite different. As it stands, there is very little, if anything, that can be said negatively regarding the game’s aesthetic package.

If you’re going to release a handheld, touchscreen-only title on a hybrid console, make sure that its innards will make up for the shortcomings (or, perhaps more accurately in this case, cut corners). Unfortunately, besides having a beautiful, unique presentation, BraveMatch is a lackluster experience on all fronts. I implore the developers, at the very least, to release a patch with controller support, but even then they face an uphill battle of making it worth anyone’s time.