Bonds of the Skies Review (Switch)

KEMCO’s vintage style JRPG has finally found its way to the Nintendo Switch, nearly six years after its initial launch on Android devices. At first glance, Bonds of the Skies has all the tools to become a good JRPG experience…even with its glaring cookie-cutter RPG characteristics. 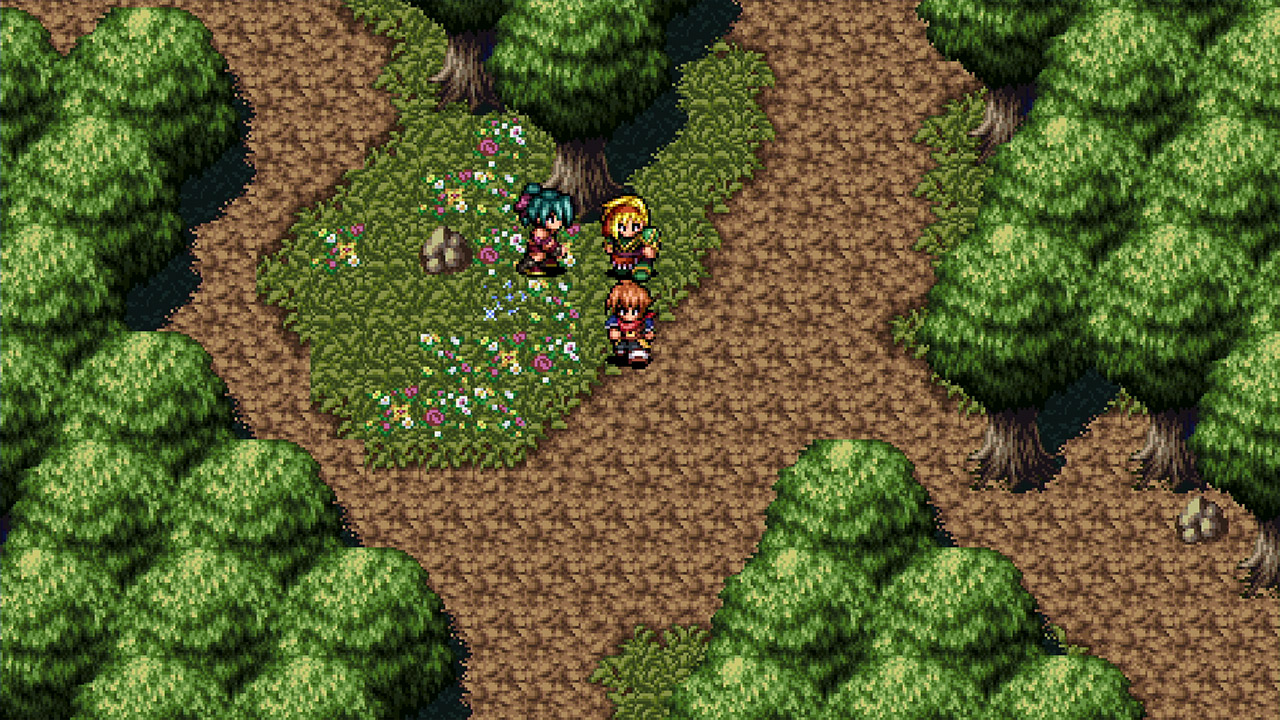 Bonds of the Skies has a very charming aesthetic that looks like it would be right at home in the golden age of SNES RPGs. The 16-bit style is very vibrant, and KEMCO has an uncanny ability to make 16-bit sprites appear very lively. Dialogue is 100% text based, but they are accompanied by some well drawn cel-Shaded character animations. Unfortunately, the overworld, landscapes, and dungeons are relatively bland, leaving you wanting something more and that is, regrettably, a pattern that repeats itself in most other aspects of the game as well.

Young lad is coming of age. Young lad’s village is attacked. Young lad sets out on a quest for revenge while saving the world. It’s a tried and true RPG formula, and Bonds of the Skies unabashedly embraces it. Main protagonist Eil experiences all of the typical RPG cliches with the exception of a couple of twists. He lives in a world that was created long ago by gods called Grimoas. 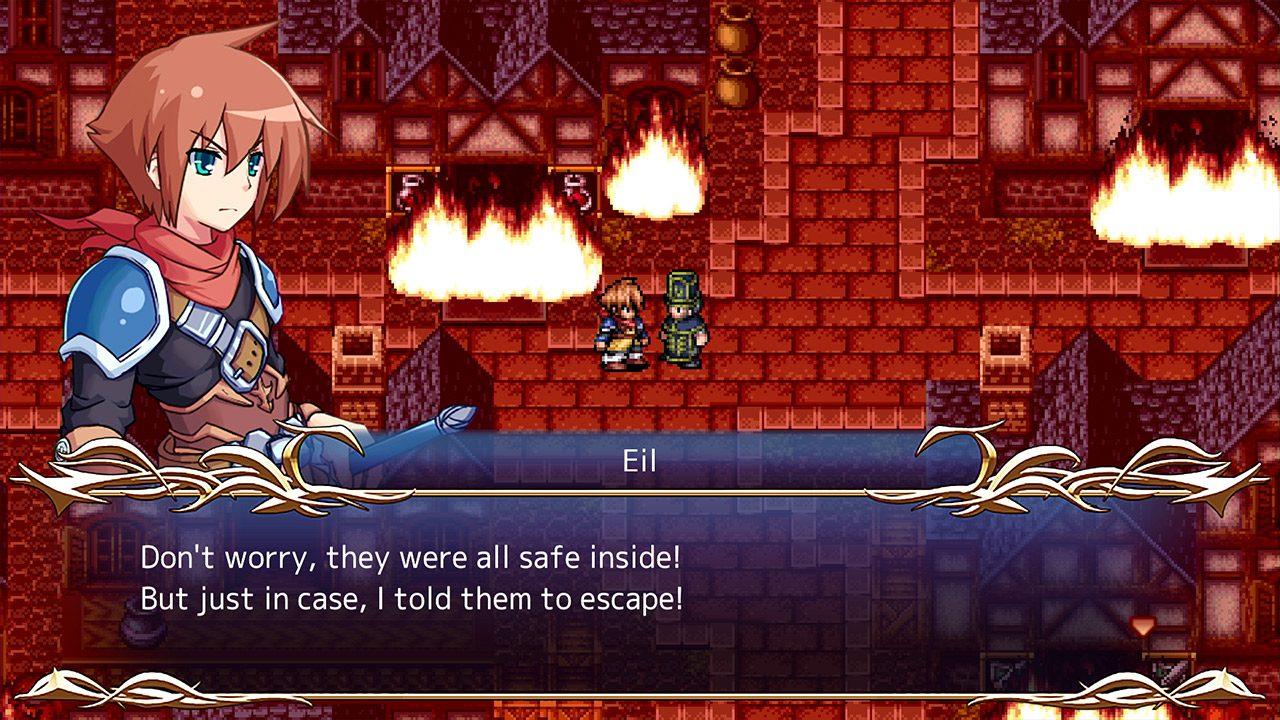 It is explained early on within the story that all of the Grimoas went on to have children – with the exception of one – and this is an instant ringing alarm in regards to what you should expect out of the story throughout the rest of the game. As you progress, you learn that Eil and his party mates have the ability to become “partners” with these Grimoas, and therefore can synchronize abilities to learn and perform powerful skills. I must admit, it was definitely entertaining to pursue the other Grimoas in order to see what skills they develop with the partner party member.

The story progresses at a blazing pace up until the final few hours of the game, and I actually found this to be a positive aspect of Bonds. Grinding was unnecessary (for the most part) as levels came quickly and easily. In a game full of RPG cliches, it was very refreshing to cull one of the more eye-rolling JRPG staples: grinding. As you reach the endgame, things begin to slow down in order to aid development, and the game begins to take an entirely different feel at this point. Balance becomes frustrating, and you’re forced to adjust from a breakneck pace and feeling overpowered to a drastic slowdown and a new spike in difficulty. 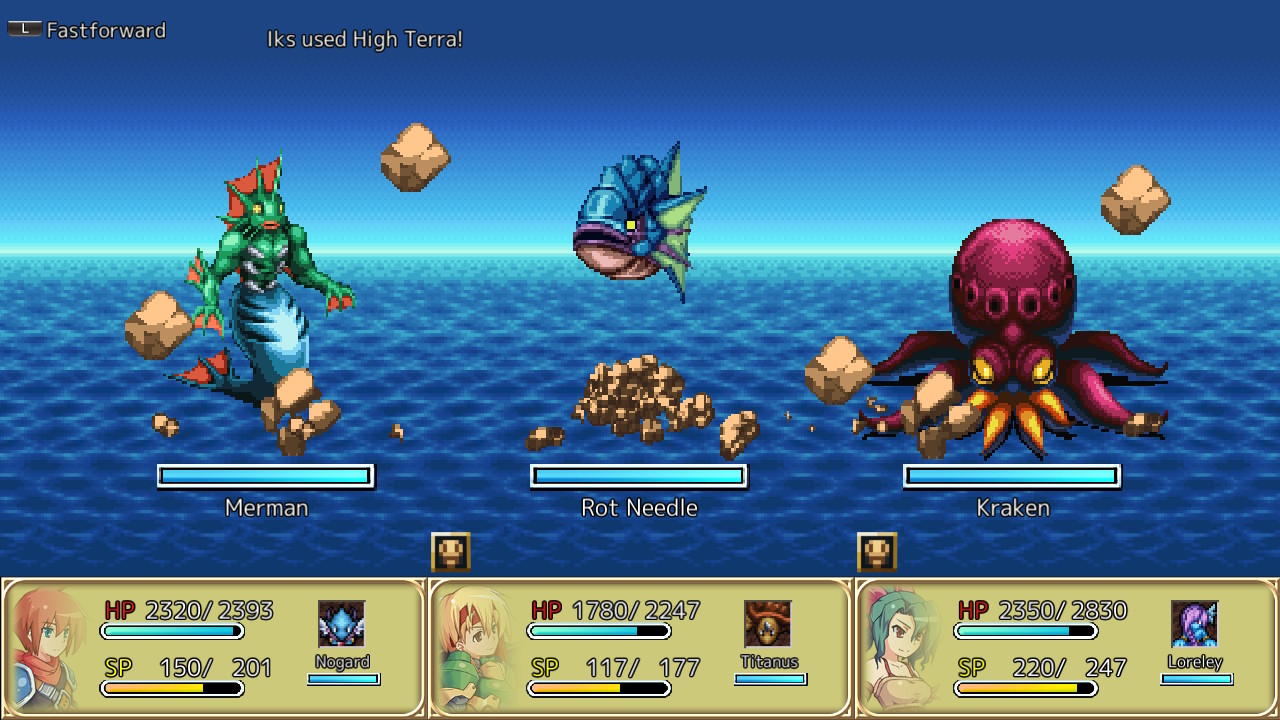 Nothing about Bonds of the Skies will wow you as a new experience, and if you’re an RPG veteran, you’ve experienced it all before. Battles and menus are easy to navigate and master – this isn’t necessarily a bad thing as it can be refreshing to occasionally pick up an RPG and not face a steep learning curve. Battles are straightforward, turnbased, and random. They attempt to provide a little depth with the additions of skills and the ability to alter your battle formation. Partnering with a Grimoa and learning new skills of your choice manages to provide at least a little bit of customization to your experience, but nothing else about the gameplay feels memorable, unfortunately.

A premium currency – folklore points – can be accumulated naturally over the course of your playthrough, but the overall difficulty of my own run did not merit a dive into the special shop. I did consider browsing it if I ran into a brick wall progression-wise, but it ended up being completely unnecessary.

Bonds of the Skies is a well crafted game. Everything it does…it technically does it right. The issue I have with it is that it’s simply forgettable. I wanted something to hook me in to the game and it just never happened. The game will only take you about 15-20 hours to complete, so the price point suits it well. Bonds is one of those games that could scratch a casual gamer’s itch to try an RPG, and the Switch is an ideal home for the game for this reason.

It would only take a few hours of spare time at home, or on the go, to finish this one and that can’t often be said of JRPGs. Bonds of the Skies is a nice choice if you find yourself in between major titles and need a quick JRPG fix. The pacing was a positive for me, but the rest of the game consists of an OK story, OK battle system, OK soundtrack, and OK playability.