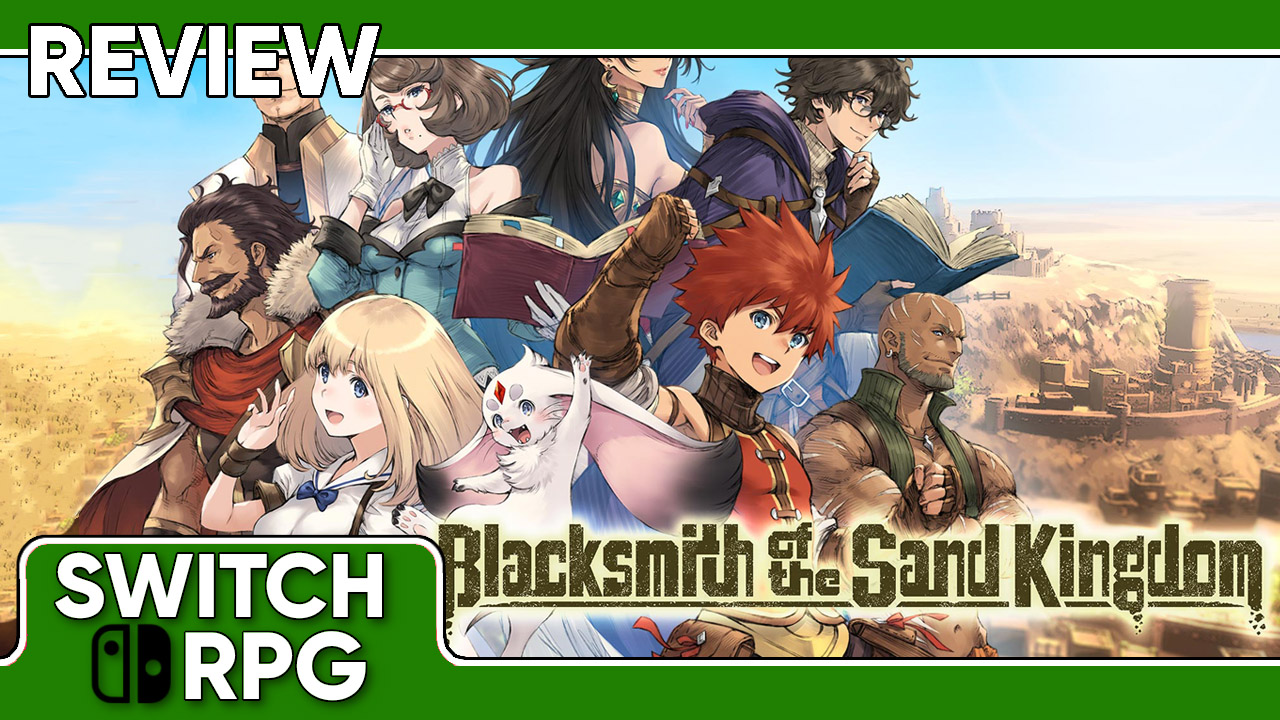 Some games are meant to be long, sprawling adventures where you sink hours and hours into what you hope results in a satisfying experience. Other games, however, are meant more as side game material. These are games where you’re only meant to play for a couple of hours when you just don’t feel like cracking open that large epic and making progress. Blacksmith of the Sand Kingdom is a fine example of what I would consider to be a “side game.”

You play as the son of Ulrich, who was the court blacksmith. Ulrich was sent off to war, but never came back home. As a result, you now have to take up the mantle of keeping up your father’s blacksmith, The Iron Bird. Alongside your childhood friend, Valeria, and the fairy Pitte, who is inhabiting the blacksmith, you will attempt to make a name for yourself as a blacksmith. 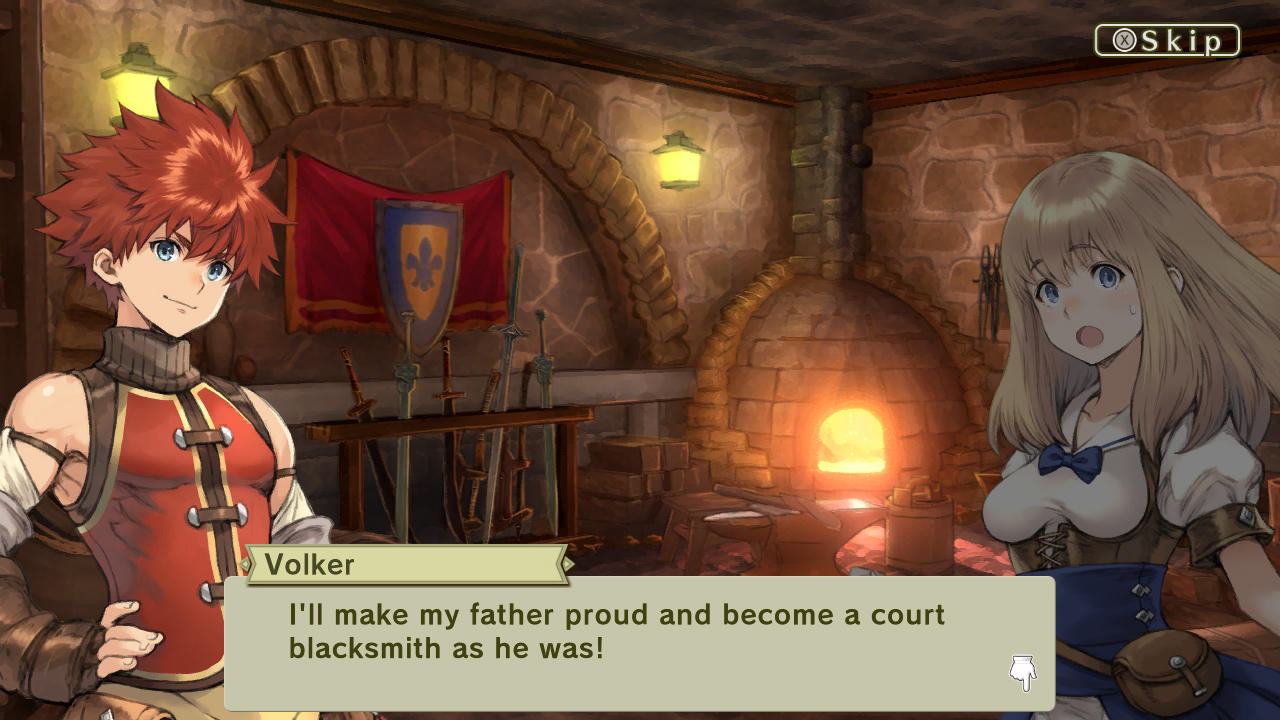 In order to advance the plot, you will have to turn in story quests, which will have blue text as opposed to white text. All of the quests, including story quests, can be categorized as one of the following: collect a certain material, craft a certain amount of items, explore to the last level of a dungeon, or defeat the boss of a dungeon. While these work, there is not a whole lot of variety at the end of the day. That being said, you will want to do the side quests as they will unlock better items (at least when it comes to requests by the Item Shop and the Tavern’s owners). Completing these side quests will also unlock cutscenes where people around town will acknowledge your efforts in helping them.

Cutscenes will play out every time that you make a major achievement, whether it’s after you’ve cleared through a dungeon and upgraded your shop rank or finished a certain number of side quests for NPCs. These cutscenes, while fairly short in nature, are cute to see play out. Truthfully, outside of the main story cutscenes, everything else feels like flavor text in that you’re not really gaining anything. It is nice to see how all of the characters interact with you, as well as each other, though.

The main gameplay for Blacksmith of the Sand Kingdom is split up into two parts: exploring and crafting. When you go out to explore, you gather materials from rock formations in the dungeon that you choose to explore, as well as from enemies that you challenge in battle. Once you have either cleared through the dungeon or have chosen to go back mid-exploration, you can no longer explore for that in-day game. Afterwards, you come back to craft whatever items you wish. This can be new gear for you and your other units, items that you are requested to make, or items that you wish to sell. An in-game day ends once you have set up your shop and open it up for customers to buy items from. 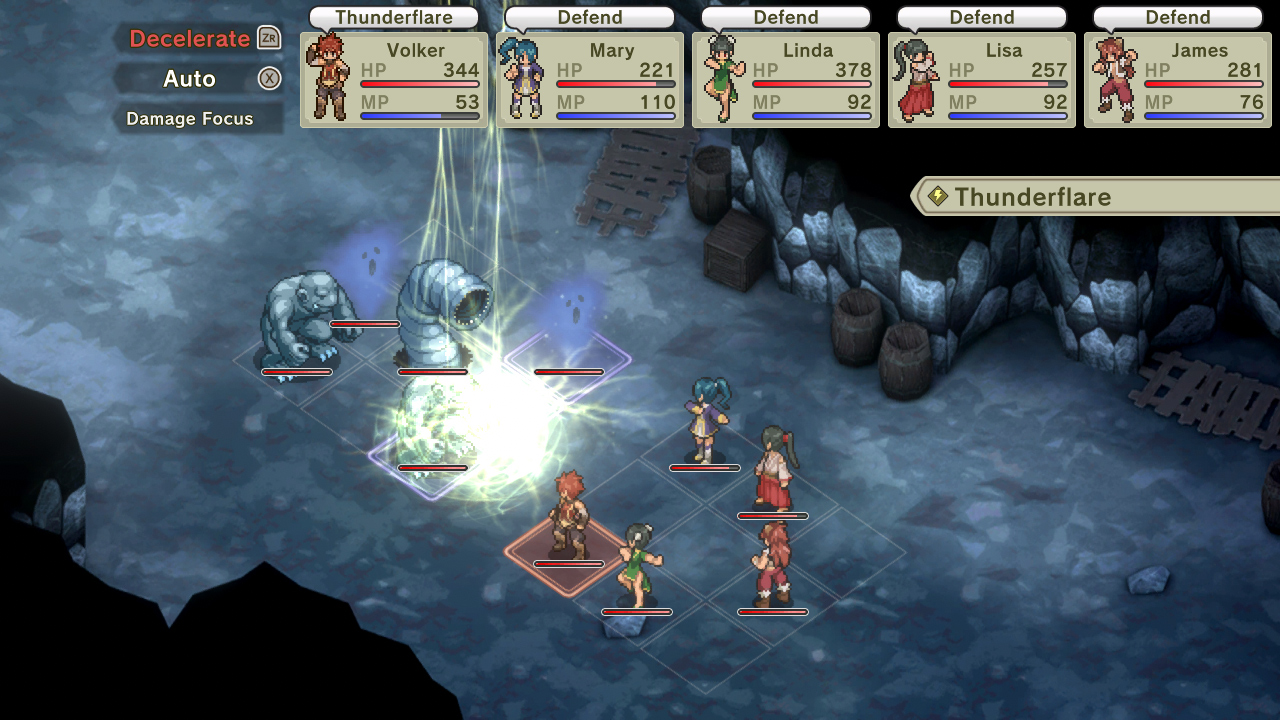 Combat in the game is turn-based, and based on unit speed. This means that sometimes, all of your units may attack first, or some of the enemies will attack before you are able to. There is also a mechanic known as a Preemptive Strike, which can trigger for either you or the enemy. What this means is that all of the units of the selected side can attack first. You can choose to attack, use a skill, use an item, defend, or retreat for each unit. You can target whichever enemy unit you would like, but keep in mind that while targeting for a skill occurs after you select a skill, you will have to target your enemy first, then select attack if you’re just attacking outright. 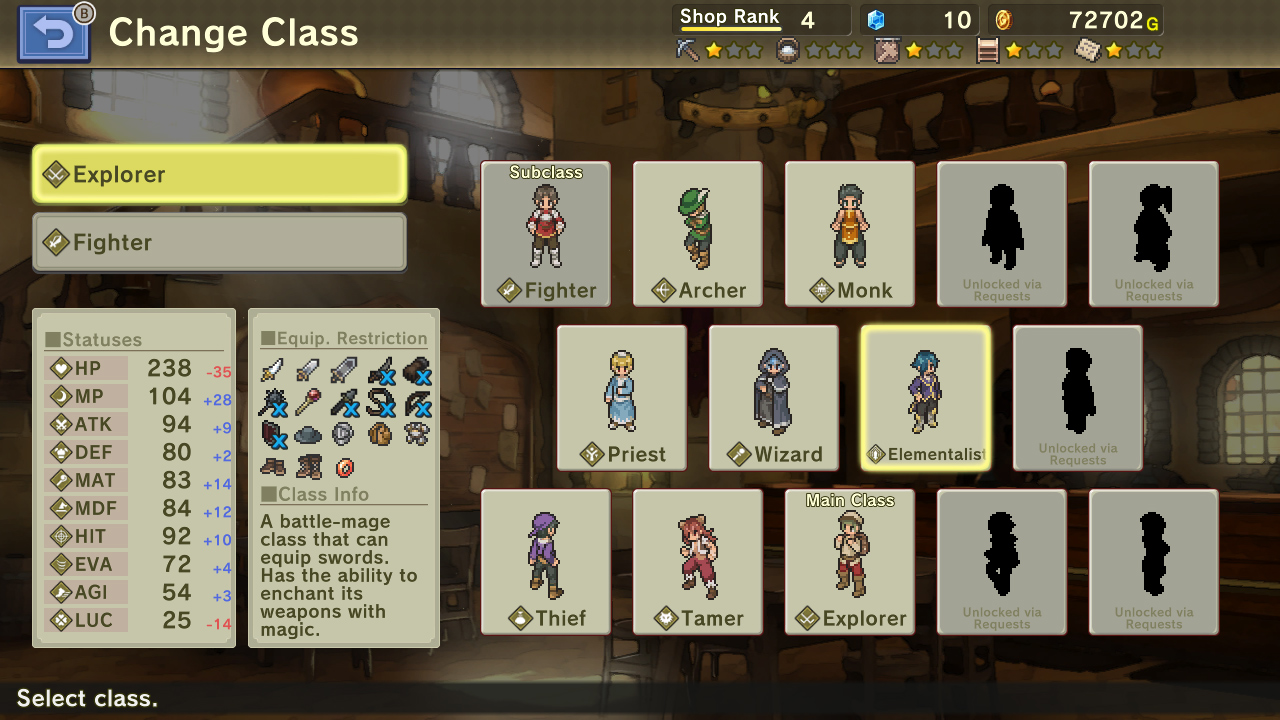 There are a few other things that you can do, as well. To completely heal up your units without items, you’ll need to go to the Infirmary. There is an Item Shop, where you can purchase items, materials for crafting, books to learn new recipes, and runes to enhance your gear. You can eat meals at the Tavern, which will give you a large amount of experience compared to just fighting against monsters while exploring. There is an Arena, where you can fight against monsters and earn points, which can be traded in for prizes (more crafting materials that the Item Shop does not carry). And finally, there is the Adventurer’s Guild, where you accept and deliver quests, as well as change your classes and upgrade your skills.

Blacksmith of the Sand Kingdom uses a mix of pixel art and 2D anime art. The pixel art is primarily for the dungeon and arena areas where you actually see your character in action. The bust-size character portraits are not pixel art, however. Both of these are very appealing to look at, and both pull their weight and ultimately blend together in a way that is seamless. There are multiple bust portraits for each character, each responsible for displaying a different emotion. 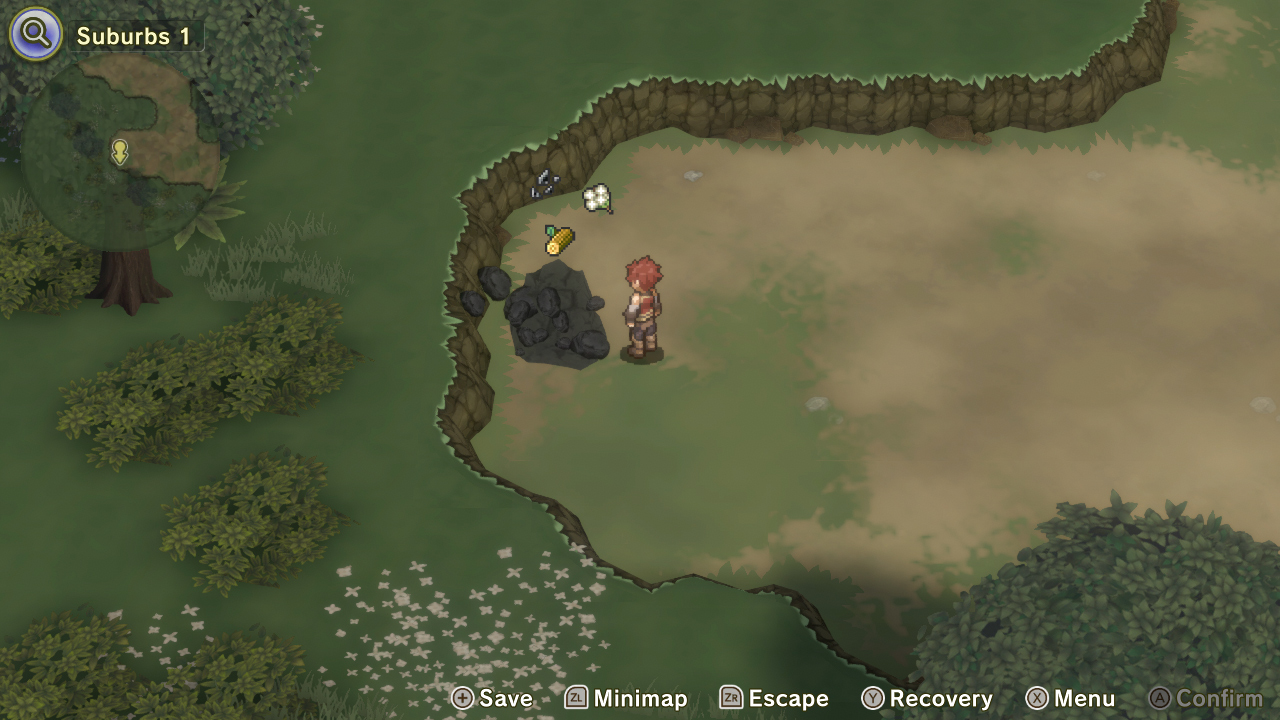 The dungeon layouts are a little less inspired – fairly straightforward, and not really giving much of a reason to dive in multiple times once you’ve finished exploring an area. Each location has a nice ambiance, though. I did like how the tone of each location changed and no two locations felt the same, even when exploring regions within the same region.

Truthfully speaking, the main complaint I have with Blacksmith of the Sand Kingdom is the price. Not because I feel as though the game is overpriced due to it being more of a side game than a full game, but due to the price difference between the mobile market and consoles / PC. For what seems to be the same game just ported to consoles, it’s a bit disappointing to discover how expensive it is. The Switch tax in general is not really shocking these days, but that still doesn’t make it okay.

That being said, Blacksmith of the Sand Kingdom was a pleasant surprise. It features a fun gameplay loop, cute characters, nice art, and a low-stakes feel that makes it a relaxing side game for those looking to unwind in between other releases, or perhaps just to dedicate a weekend to. The story is nice to watch unfold, and you may find yourself going through several in-game days before you even realize it. As a KEMCO title that doesn’t quite fall inline with the run-of-the-mill KEMCO release, this is a nice entry point to jump into – one that makes me curious about the rest of their catalog, as well.

Tags: Blacksmith of the Sand KingdomKEMCORideon

Doesn’t feel like a Kemco game because it’s not their normal developer game. This is made by Rideon, who does the Tavern & Bar Stories games. I’ve enjoyed those in the past and not surprised to see this is a good one too!