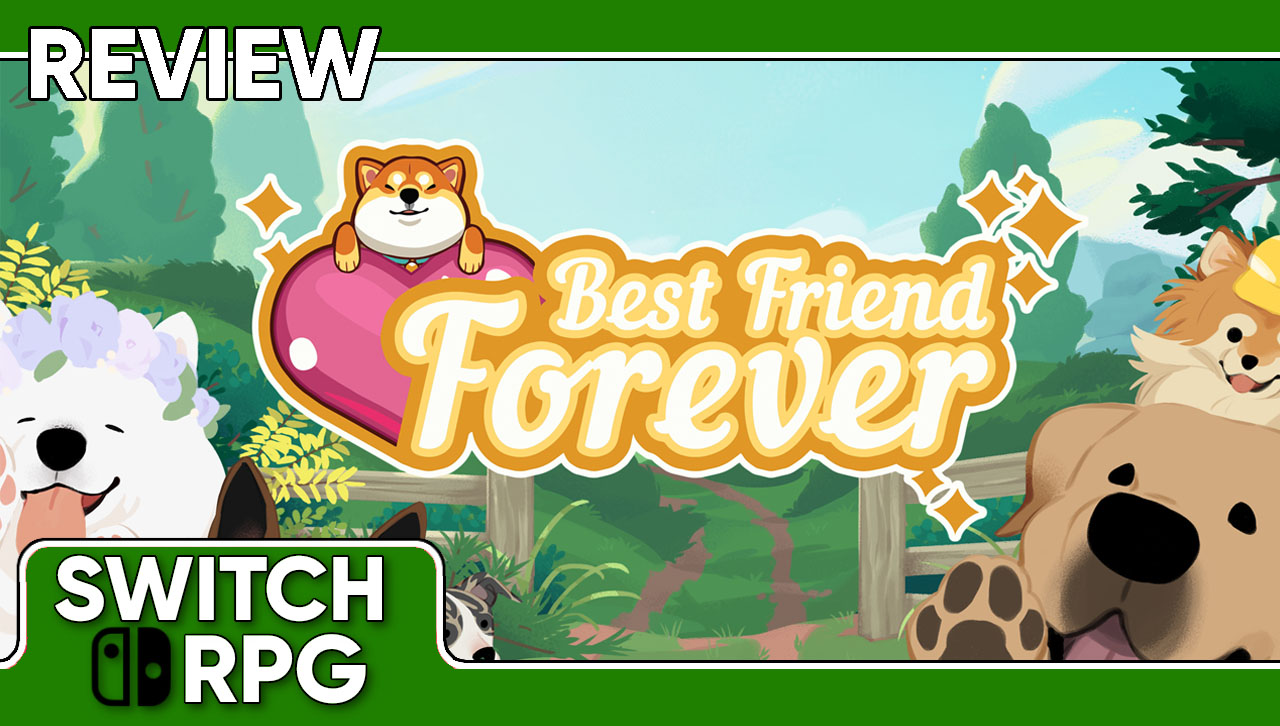 Have you ever wanted to quit your job, take the first bus out of town, buy an apartment in the most dog friendly city in the country, and live out your dreams as a photographer (that also happens to have a dog and maybe a partner)? Well, look no further than Best Friend Forever, where you can push back the stresses of everyday life and live out just that dream, once and for all. Adopt a dog, find the love of your life, and get ready to befriend the inhabitants of Rainbow Bay. 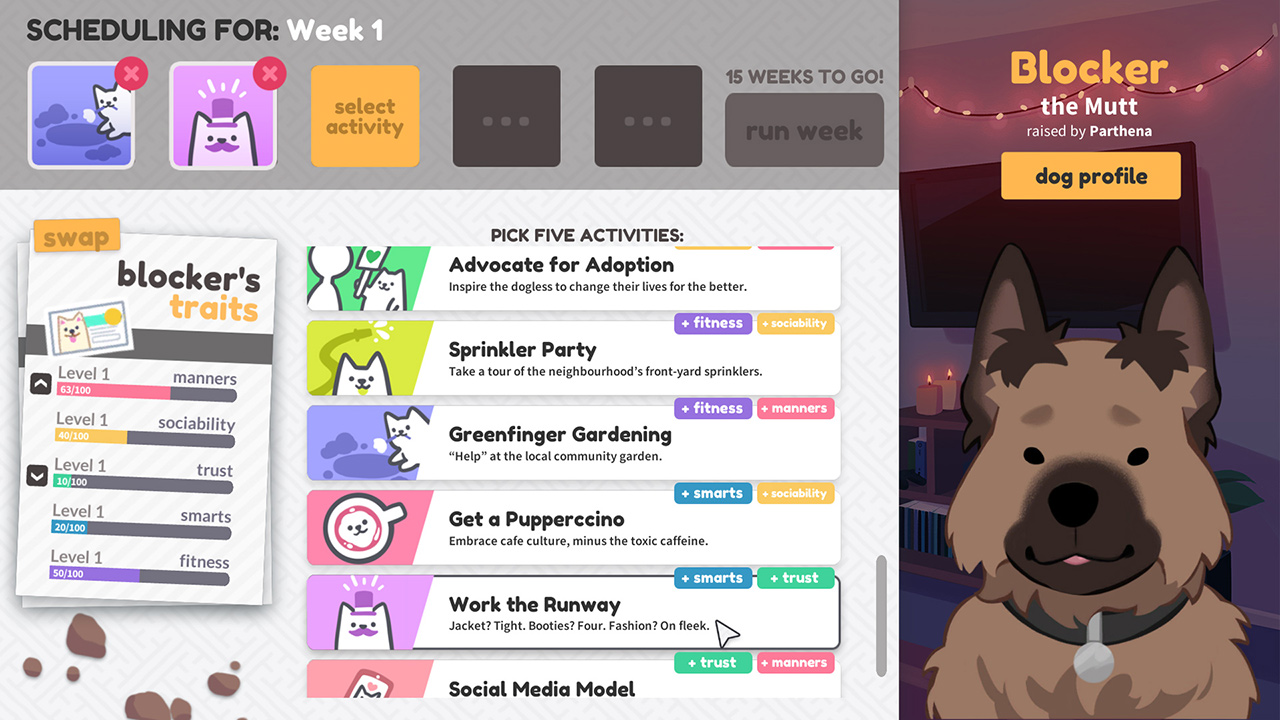 Best Friend Forever is a dating sim that doubles as a dog raising sim. You will spend your time both getting to know the residents of Rainbow Bay while also raising up the stats — there’s that RPG goodness! — of your dog so that you can pass Paw Academy. You have fifteen weeks to raise up the stats of your dog to show that you are a good pet owner. During each week, you select different tasks to carry out that will raise two of five stats that your dog has (Trust, Sociability, Smarts, Manners, and Fitness). Every few weeks, your progress will be looked over and medals will be awarded based on it. Certain activities boost up your scores more than others, so you’ll have to do some experimenting if you don’t want to end up with all bronze medals (like yours truly).

As for the dating sim portion, it’s pretty straightforward. Each week, you will be given five stamina points that are used to navigate around different places. Since there are no “bad ends” here, the choices that you make don’t affect whether your character will have a happy ending or not with your partner. So, for those looking for a low risk dating sim, this will be right up your alley. As you get to know your partner more, you will eventually unlock dates with them, which will go through the actual story of those characters. Did I mention that there is a petting counter that keeps track of how many times you pet your dog? 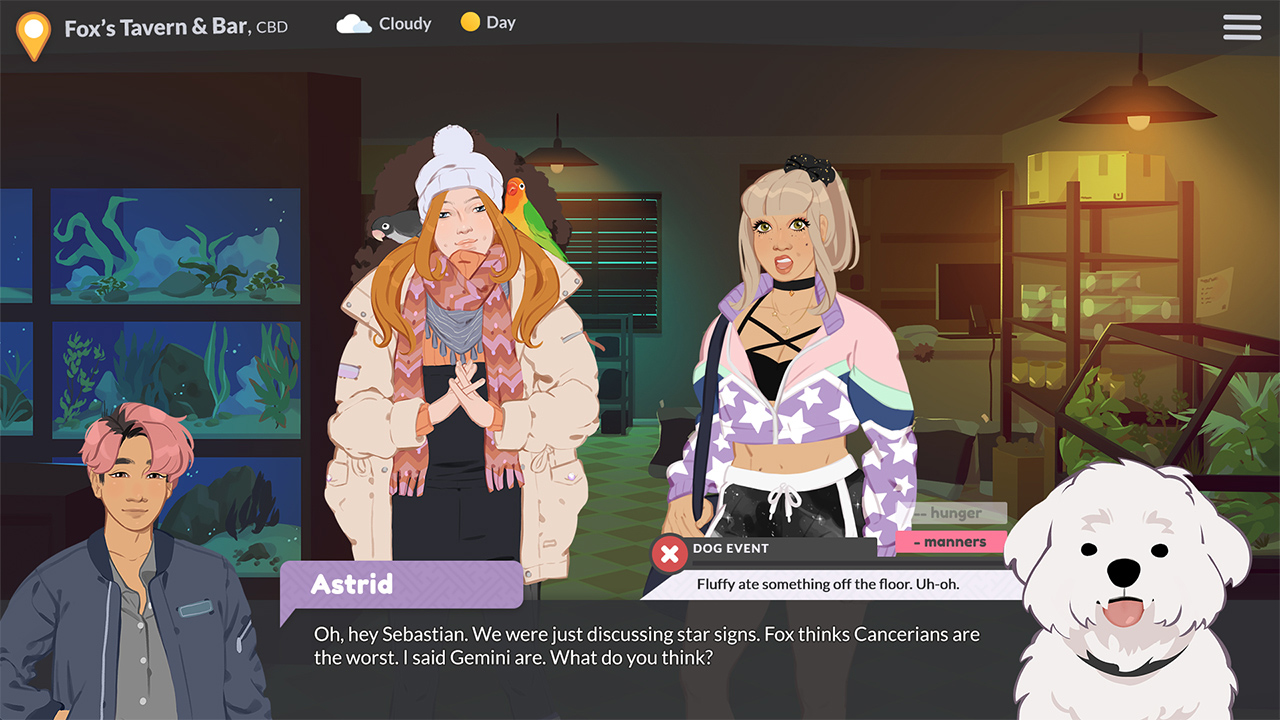 The story in Best Friend Forever is, like the dating part, pretty straightforward. You play as someone who has recently moved to Rainbow Bay, looking for a new lease on life. But right as you move into your new apartment, you find yourself adopting a new dog and are surrounded by potential dating options thanks to a dating app known as “Woofr.” The main storyline throughout the game is pretty light, and any potential conflicts presented are quickly tied up and resolved.

You can romance one of six people, or stick to the single life with your dog by your side. As you meet your potential partner in more places, you will eventually unlock dates with them, which will play out their individual storylines. Some of the routes do give you something more to chew on in terms of story, but similar to the main story line, any conflicts find themselves resolved almost as quickly as they appear. 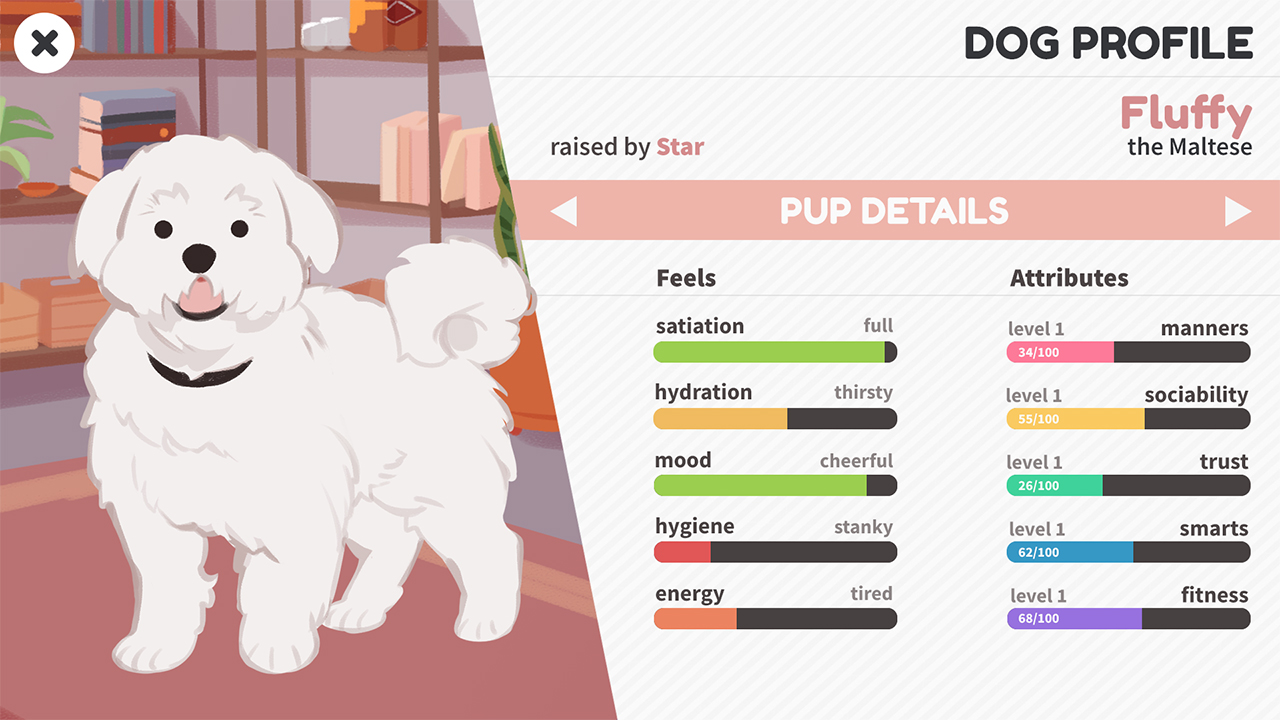 The variety of character designs present in Best Friend Forever is one of the game’s strongest points. Each character comes from a different background, which is perfectly illustrated in their art. You also get to choose one of three avatar models to represent your own character, and while there isn’t much variety compared to the dating options, having some form of choice is still appreciated. Right up there with the human characters, there are a nice variety of dogs, as well. Every dog is a good dog, though. Best Friend Forever also tackles UI implementation quite well. Games with a lot of inputs have a tendency to be really clunky, but it is handled gracefully here. The UI is also visually pleasing, as its fresh look pairs well with the overall relaxed tone of the game. 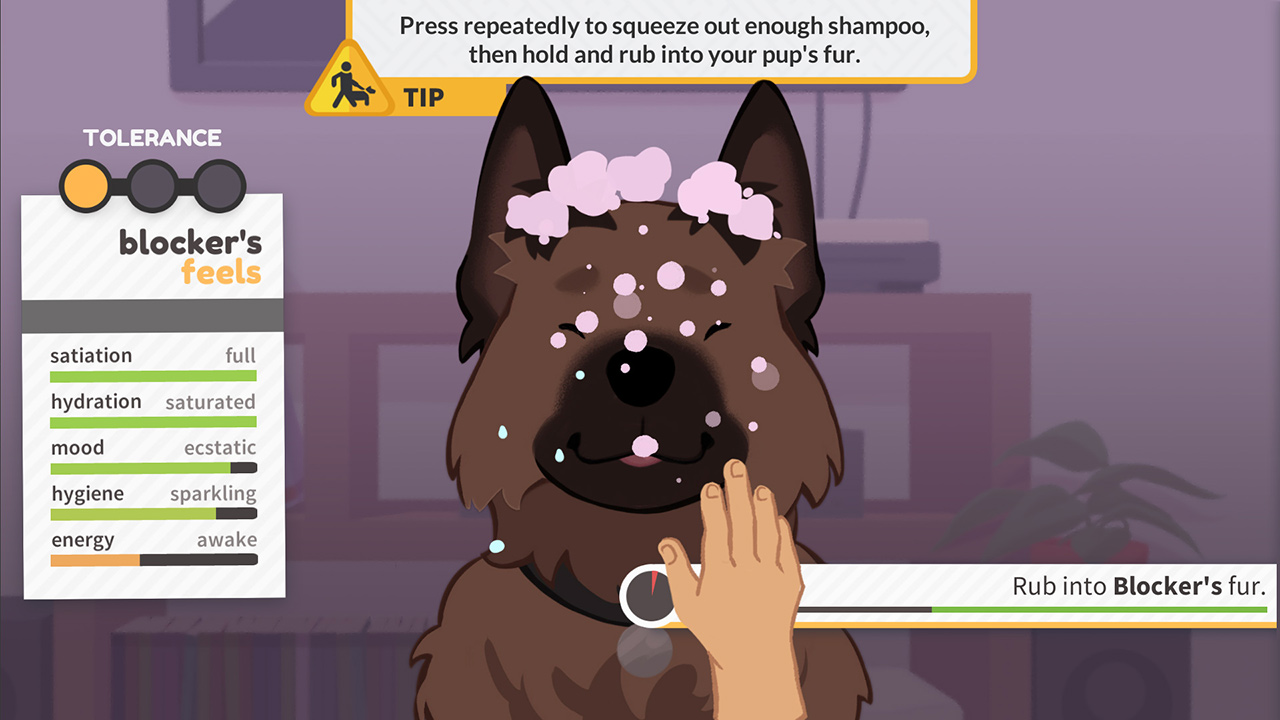 Best Friend Forever is a nice, quick dating sim thats low key nature makes for a relaxing experience. I loved the dating options in the game and the personalities of each candidate. Even characters that weren’t dateable were fleshed out well, and brought a good dynamic to the “friend group” that features most of the cast.

The only disappointing part of it all was the actual story itself, which lacked a bit of depth. There doesn’t necessarily need to be major conflict or angst, but almost every story point is resolved well before it could ever be lasting or impactful. As is, there is little reason to get truly invested in the story itself. Regardless, if you’re looking for an easily digestible dating/dog raising sim, consider giving Best Friend Forever a look!