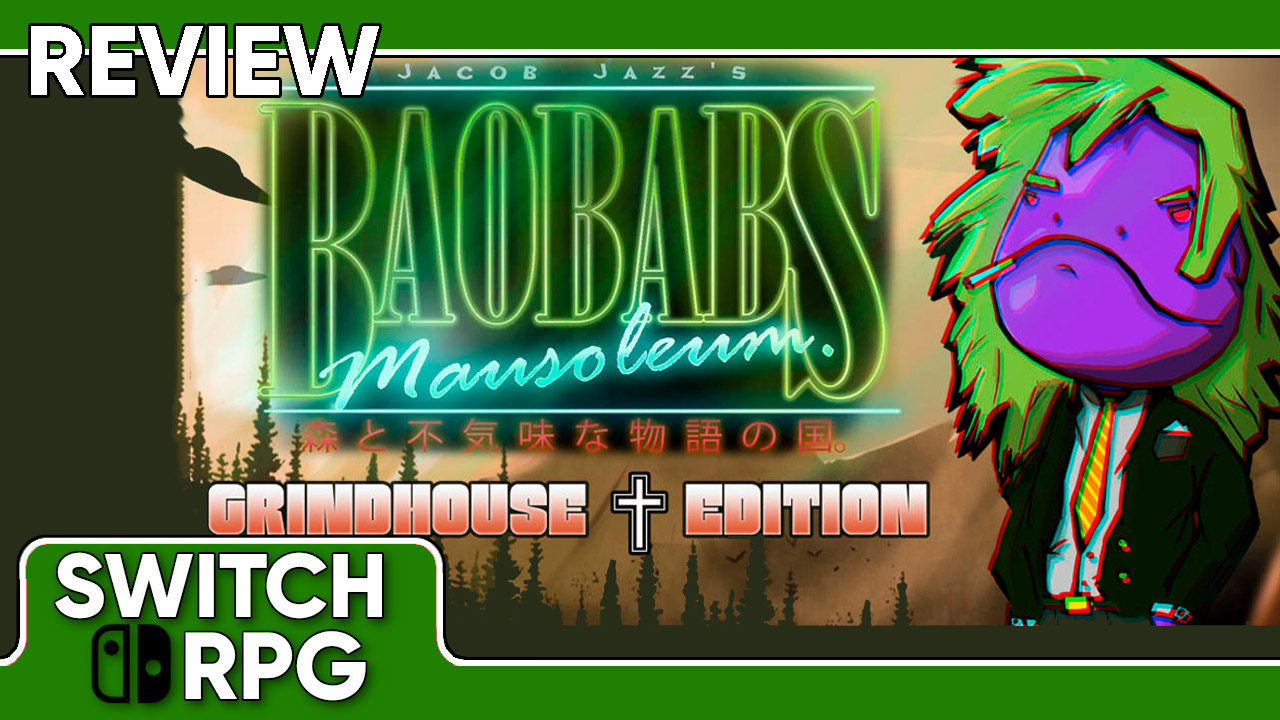 If it was up to me, “weird adventure game” would be an actual subgenre. They’ve captivated gamers for years – classics like “ToeJam and Earl” and “Zombies Ate My Neighbors” immediately come to mind from the Genesis / SNES era. Everyone also remembers the quirks of OddWorld and Double Fine’s legend, Psychonauts. Baobab’s Mausoleum from Celery Emblem sets out to recapture the magical weirdness of those franchises and succeeds in hilarious fashion. 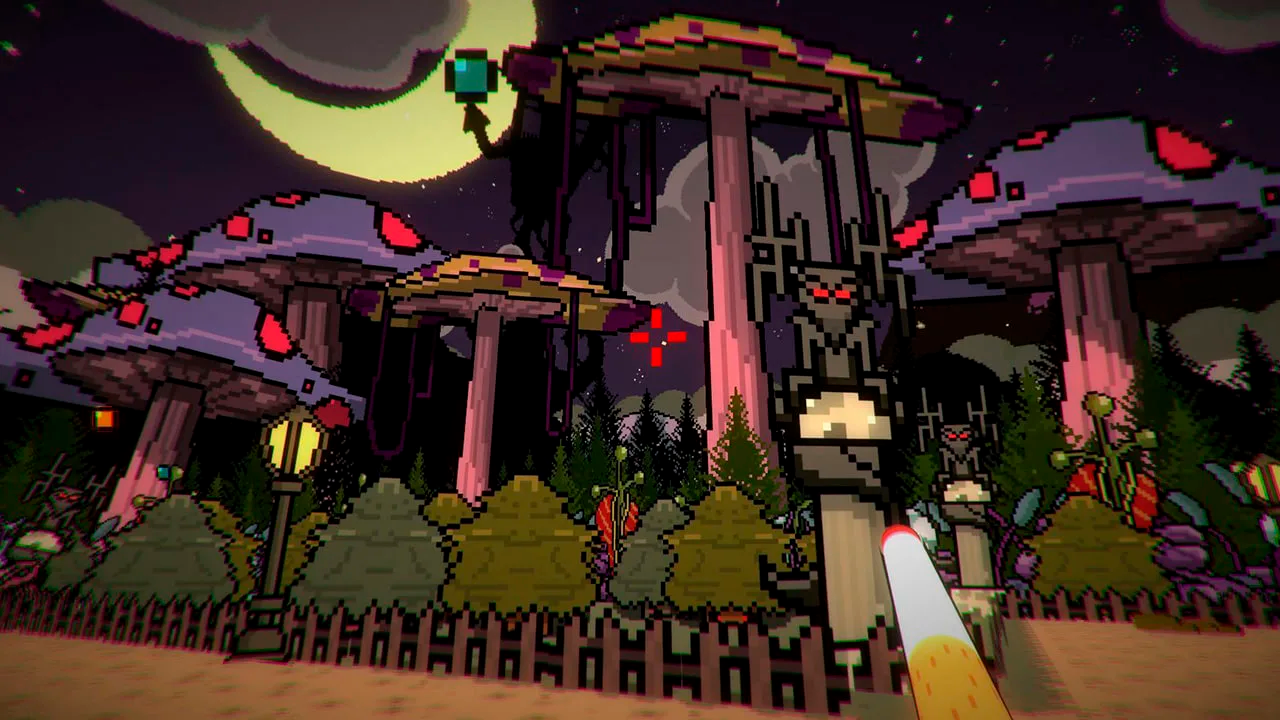 As Baobab’s Mausoleum begins, renowned eggplant FBI agent Watracio Walpurgis finds himself stranded with a broken-down vehicle on Albatross Road. A short trek in search of help leads him into the mysterious town of Flamingo Creek. Watracio immediately notices that something is off about the town as he encounters a UFO, a dog-faced bar bouncer, and a talking acorn within his first five minutes inside the strange hamlet.

As it turns out, Flamingo Creek only appears in the visible dimension once every 25 years and has always been home to exactly 63 inhabitants…until now. Watracio begins to become familiar with some of the inhabitants and also initiates a budding romance with Daphne – a female resident that was a business owner in Flamingo Creek until a local rich tycoon bought out her business.

The story of Baobab’s Mausoleum spans across three entries that the game refers to as “chapters.” Late within the first chapter, the player becomes acquainted with the operator of the UFO from the beginning of the game. Chapters 2 and 3 center around the actions of this “Moon Boy” and how they correlate to Daphne’s situation. Watracio must be the hero while using his FBI detective skills to seek answers, help Daphne, and ultimately leave Flamingo Creek. It all builds up to an endgame that is as peculiar as the entire story itself. 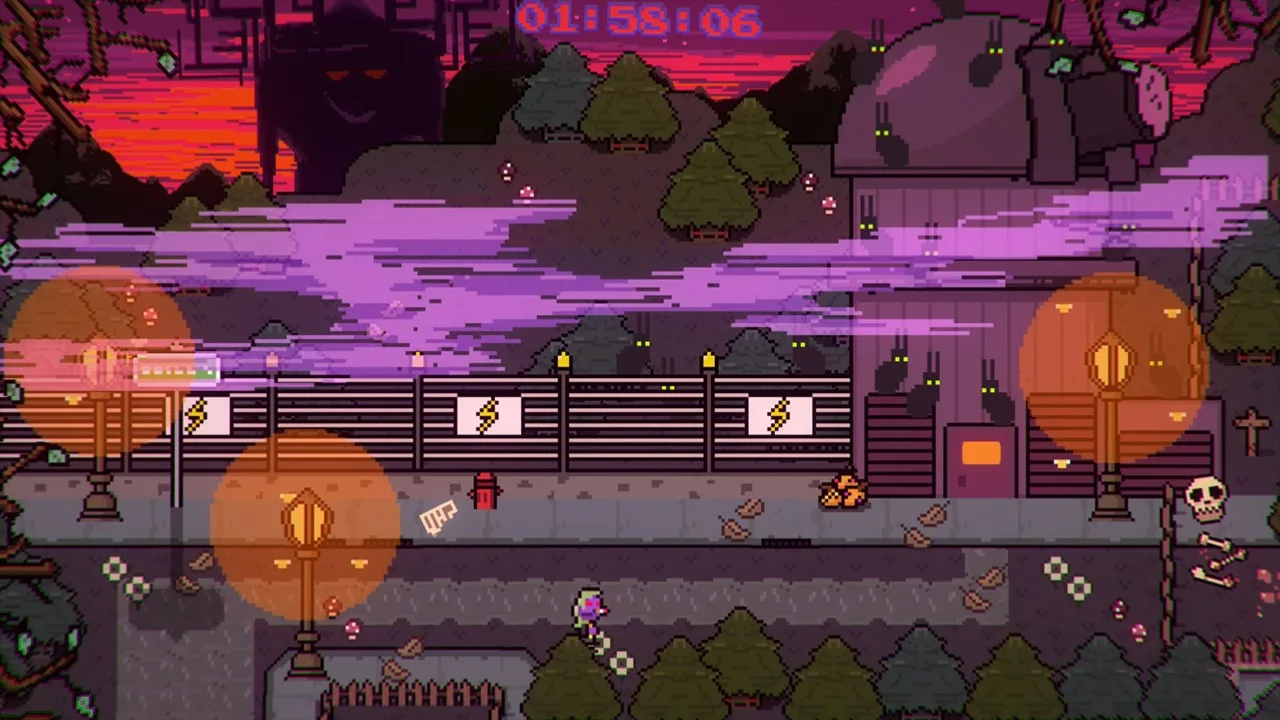 Baobab’s Mausoleum is a bit of a hodgepodge of gaming ideas all thrust into one bizarre package. Early on in the game, Watracio will take part in standard turn-based battles that feature the basic command keys of attack and defend. Shortly thereafter, you’ll find yourself playing an 8-bit first-person adventure. This was something entirely new for me so I began the level as a skeptic. Wouldn’t you know, it turned out to be one of my favorite segments of the game.

Though the game experiments with different styles in chapter 1, it settles into a top-down, dungeon crawling affair for the majority of chapters 2 and 3. Aaaaand what franchise does every top-down, dungeon crawler draw inspiration from? Yup, Watracio will explore strange dungeons that seem as though they were manifested straight from the mind of Tim Burton. The dungeon will inevitably include a treasure required for the completion of said dungeon, and a key to enter the boss’s lair. Sound familiar? 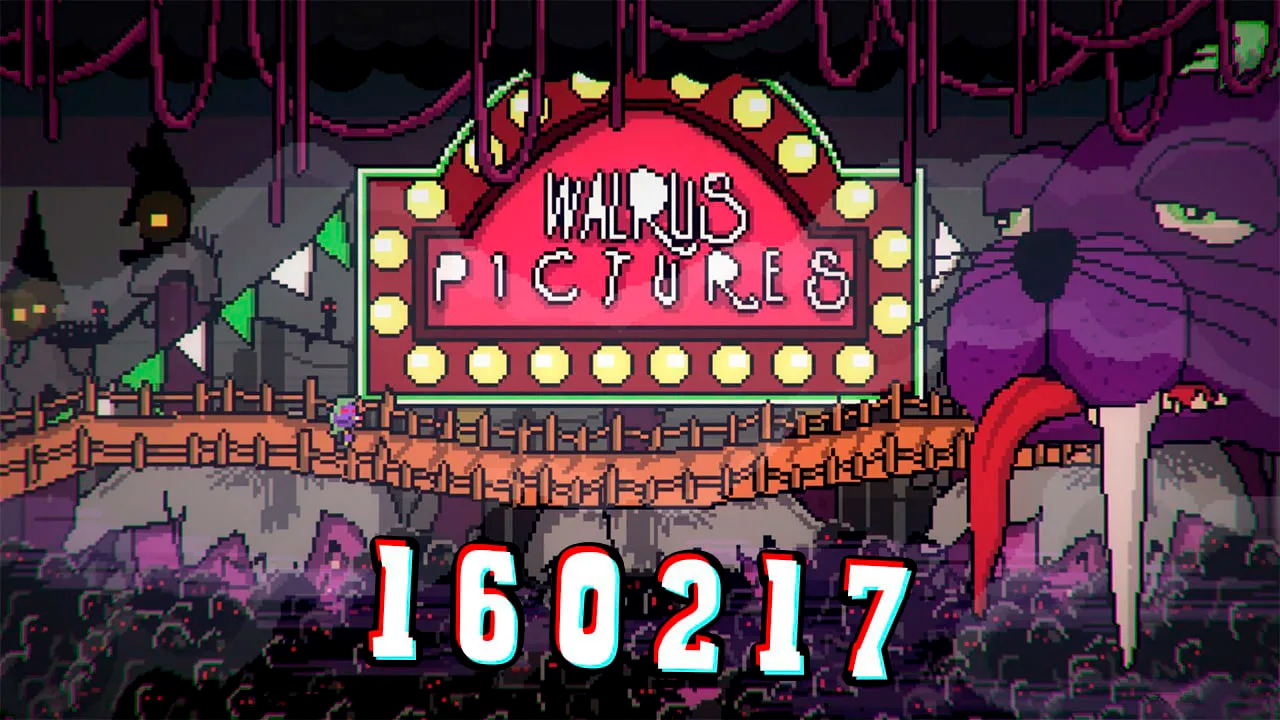 Though the dungeon crawling aspects of the game were clearly inspired by The Legend of Zelda franchise, combat is much more of a unique experience. Watracio has a bit of a smoking problem, you see. He carries a lit cigarette in his mouth for the entirety of the game and he is able to eventually use his bad habit as a weapon. You will eventually find treasure chests that contain packs of fire and ice cigarettes. These allow him to breathe fire or ice out and use it as a ranged weapon against foes. Watracio can alternate between the 2 depending on the cigarette he is smoking. In terms of control, these actions feel very similar to using the fire and ice rods in A Link to the Past…just in a much more hilarious manner.

Combat is mostly straightforward in Baobab’s Mausoleum until it comes time to deal with a boss. Dungeon Bosses are all terrifying monsters that tend to fill up the majority of the screen and attack in patterns. Timing and evasion are the keys to keeping Watracio from becoming eggplant pureé. I specifically enjoyed the final boss of Chapter 2 which required quick switching between fire and ice cigarettes as the boss would alternate between being vulnerable to one and immune to the other.
The battle became very fast paced and I began to expect performance issues as the action picked up. Fortunately, that never happened and the game maintained consistent performance from start to finish in both docked and handheld modes.

Much like the early gen games mentioned in the intro, Baobab’s Mausoleum is an acid trip of an 8-bit adventure. With wild character and animal models displayed in vivid colors, everything in the game is eye-catching. The sprites are a bit on the blocky side which is to be expected with this style, but Solo developer Jacob Jazz deserves credit as one of the more creative character designers on the indie dev scene. 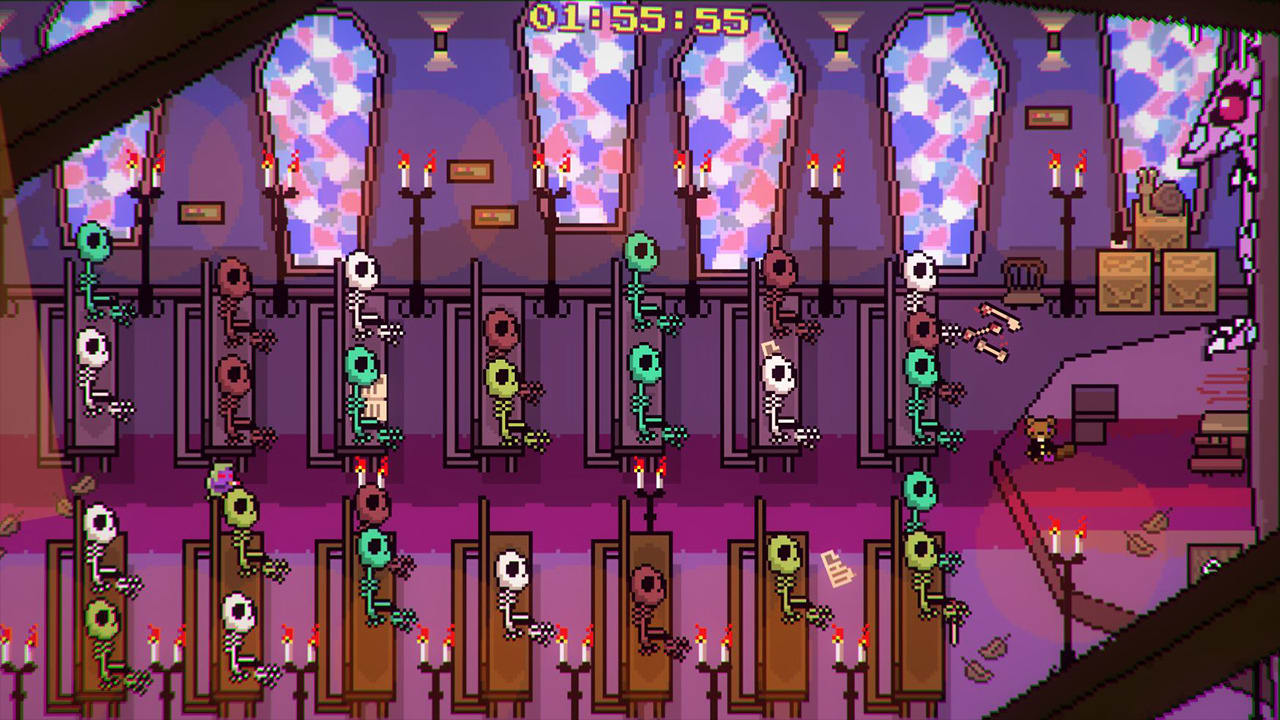 The music and overall sound of Baobab’s Mausoleum couldn’t be more entertaining. The in-game sound effects are downright hilarious. Is that a fart…or a duck call? It doesn’t matter because it’s still funny. Other sound effects generally keep the creepy overtones intact with nuances like an owls hoot or wolves howling. Music essentially captures the same creepy vibes until it’s time to battle. Battle music picks up the pace and creates an atmosphere of urgency while also somehow making you feel as though you could be in the middle of rave inside a French night club.

This “Grindhouse Edition” of Baobab’s Mausoleum offers the game’s full experience of all three chapters. The entirety of the content will span approximately 8 hours. The story is all over the place in the beginning but it all comes together like a late night X-Files binge.

The game has plenty to nitpick, of course. The pacing of the first dungeon can be mind-numbingly slow in spots. There is also a sequence in which Watracio must give a code to a walrus-like creature to advance to the next area. Up until that point, there was no hint of a code to be found. I was left scratching my head and guessing numbers until finally caving in and searching the Internet. The Internet is literally the only way to obtain this code and that just rubs me the wrong way.

Frustrations aside, Baobab’s Mausoleum was an incredibly fun indie experience. Over-the-top at times and delightfully weird, it was the breath of fresh air that I didn’t know I needed. If you’re looking for something a little different, I recommend downloading it and finding out for yourself exactly who is the 64th inhabitant of Flamingo Creek.