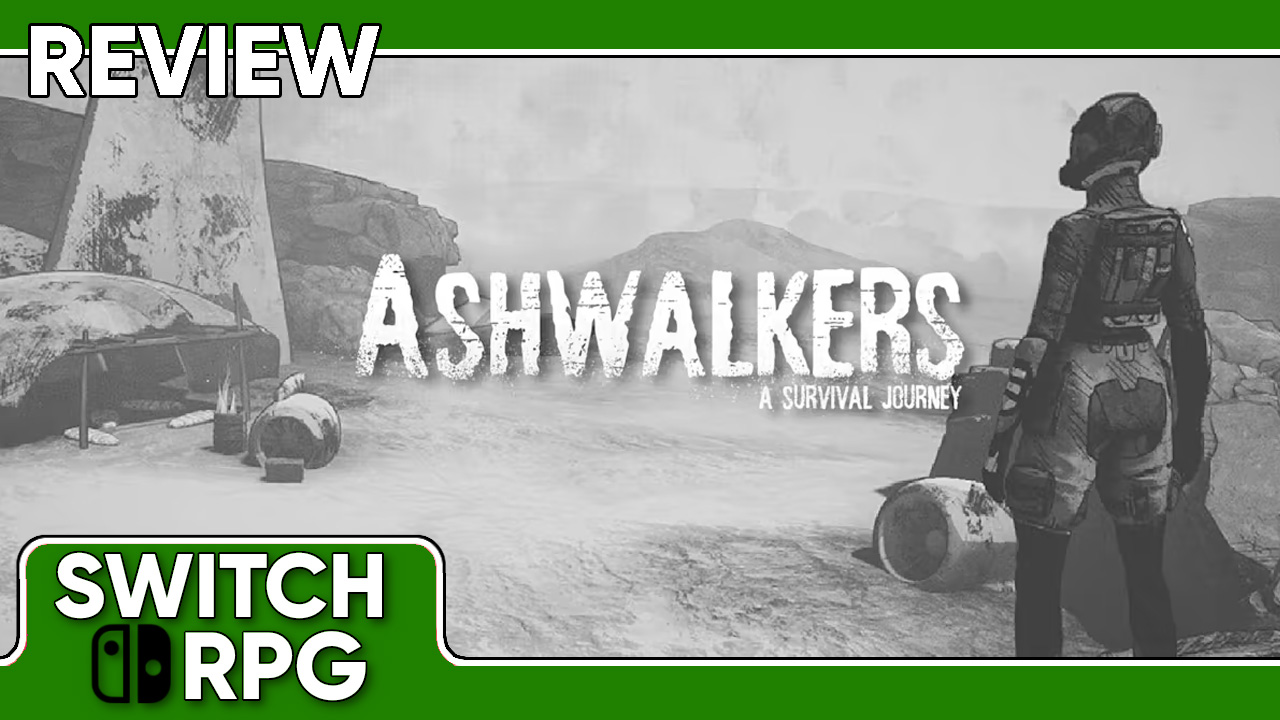 Ashwalkers may be a title that’s easy to look over for the casual RPG fan. The monotone graphics, the lack of a voice cast, and a brand new developer that you’ve likely never heard of that calls itself “Nameless XIII.” That name may be unfamiliar, but you’ll likely recognize Dontnod – French developer behind gems such as Life is Strange and Vampyr (still my favorite Switch port). Nameless XIII was formed by former members of Dontnod and “Ashwalkers” is their debut title. Does it stack up to those previously mentioned fan favorites? Read on to find out! 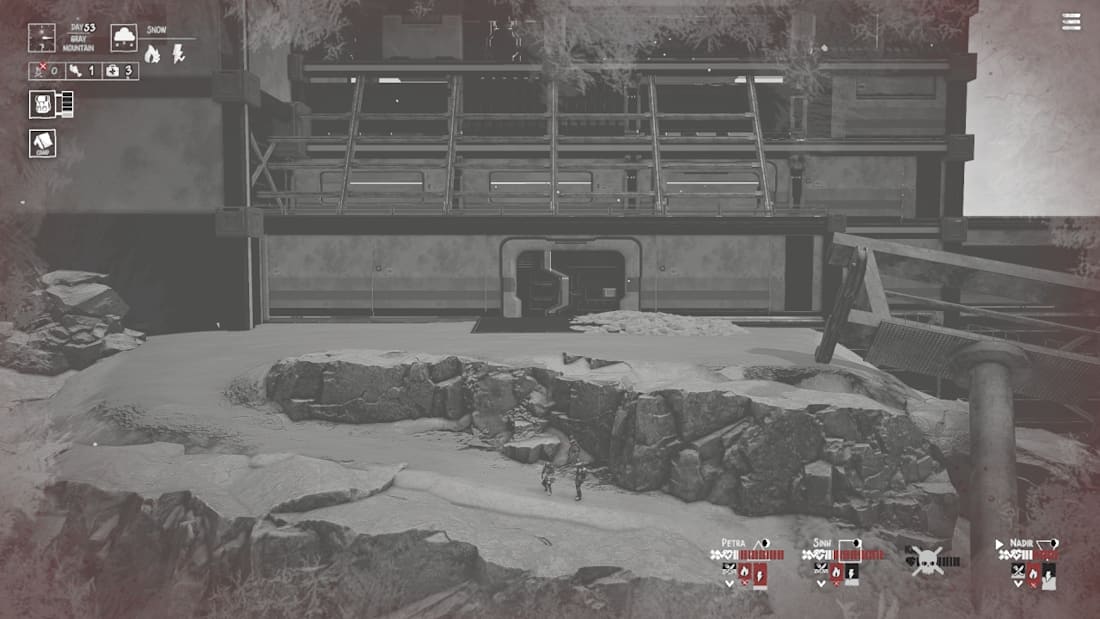 Set many years after the game’s home planet (presumably Earth) has faced a geological disaster, your group embarks on a journey to find a more habitable area. That essentially sums up the story as a whole, but Ashwalkers requires more of an emphasis on “how” rather than “why.” The group will face a myriad of decisions along their journey for survival.

How the player chooses to carry on has a direct impact on the way the story unfolds. Choices may seem simple at times, but each one comes with the gravity of consequence that shapes the story all the way to the end of the journey. Ashwalkers features dozens of endings for said journey and multiple playthroughs will be needed to experience the full depth of the story.

Gameplay in Ashwalkers revolves around the simple concept of FORWARD. Yes, I know the word “survival” is literally in the title, but the concept comes with a caveat. You control four characters simultaneously while traversing the barren hellscape. The ultimate goal is to advance the team forward and a new safe haven. With that in mind, the game does NOT end if a single party member dies. Only when all party members have succumbed to death will you face a game over. 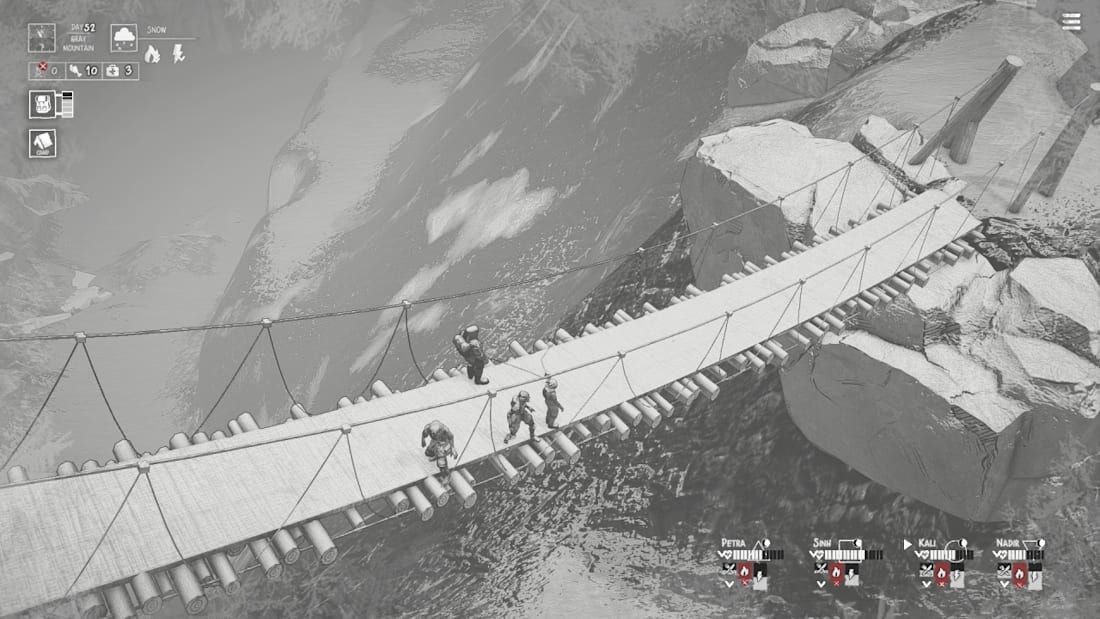 The survival aspects of Ashwalkers are where the challenge of the game shines through. You will be tasked with maintaining each character’s well-being by suring up morale, hydration, and hunger. These statistics will constantly drain as you venture forth so it’s important to monitor them in order to have a full party at the end of the journey. There are a few hindrances that will make this task more tedious, and I’m not referring to the in-game environment alone, unfortunately.

I experienced a number of bugs and snags during my two trips through the wasteland of Ashwalkers. The game completely crashed in the first area while playing in handheld mode. I eventually discovered that the game simply doesn’t react well to going backwards. There were also times in which my party would simply freeze – I couldn’t move them in any direction, all while the ever-important morale and hydration gauges were slowly and painfully fading away. Control would eventually return, but the damage had been done. I also experienced occasional bugs with the inventory cursor freezing up. These bugs wouldn’t be major issues if Ashwalkers wasn’t a survival game, but time is money in this genre.

Ashwalkers features a unique aesthetic that coincides with the title. You will only see white, black and gray when things are going smoothly for the party. The game will use red in dangerous situations, however. This style may be a turn off for those that prefer vivid, high definition environments, but I think Nameless XIII nailed the aesthetic in regards to creating the atmosphere. 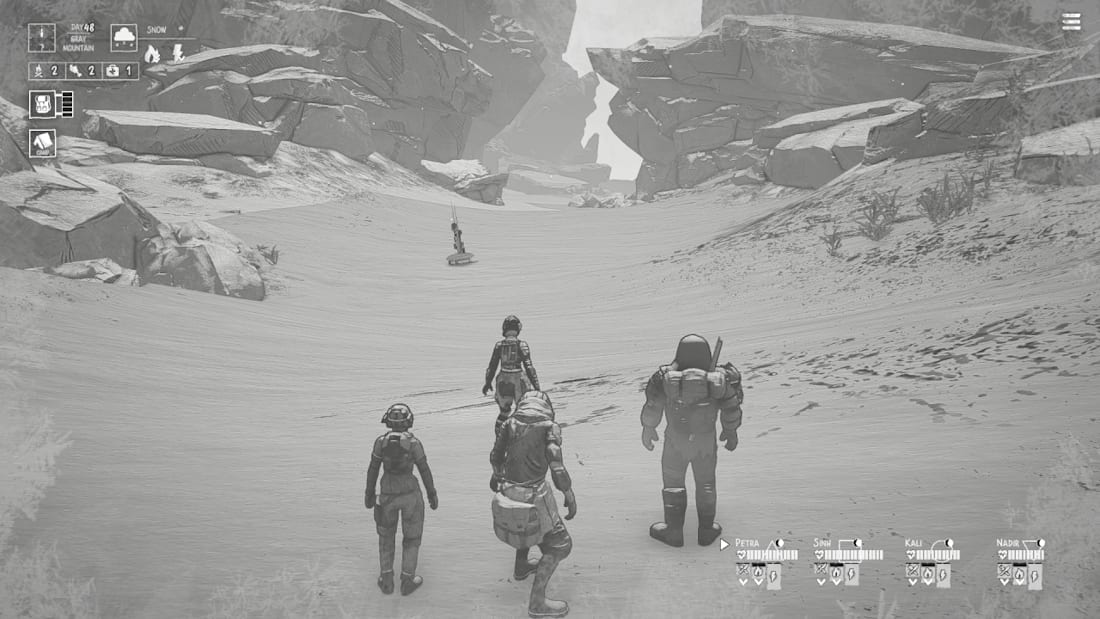 Sound remains consistently subtle throughout Ashwalkers. The music seems to partner with the sounds of the scorching winds and the sound of feet crunching in the sand. There is no increase in tempo to signify drama or danger, and there doesn’t need to be. I can’t stress enough just how well that I feel these developers perfected the atmosphere and ambiance of Ashwalkers.

Ashwalkers is so close to meeting those expectations that I mentioned in the introduction to this review. The story and presentation are there, and I truly believe that Nameless XIII has something to build upon here. At its best, Ashwalkers placed me in the cathartic, chill state that PS3 classics “Flower” and “Journey” are so beloved for. At its worst, though, I was rage quitting. Ashwalkers has easily been the most polarizing game I’ve played in 2022 – it’s just a few inconvenient bugs away from being an eShop essential, however.