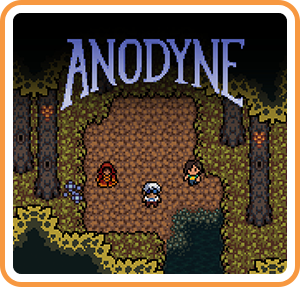 The Nintendo Switch is no stranger to indie titles, nor is it a stranger to 2D adventure games in the vein of The Legend of Zelda. Many of these games attempt to recapture the nostalgia of games like a Link to the Past, while also giving their own spin and expanding the storytelling potential of the genre. Anodyne, developed by Analgesic Productions, is no different. Anodyne’s developers set out to create a retro-inspired title, infused with postmodern ideas and some truly unique gameplay elements. But was it successful? 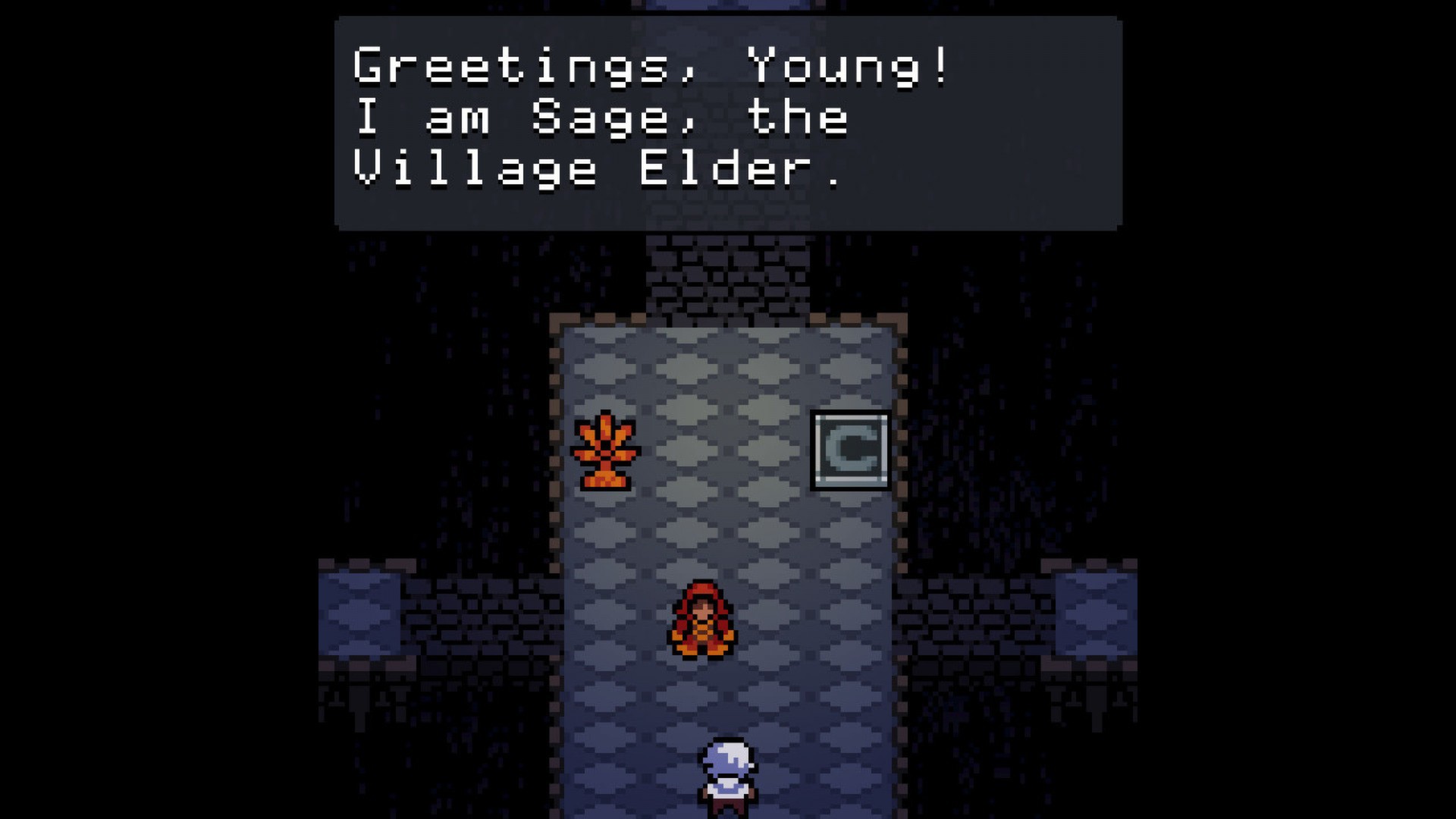 Anodyne’s story is the picture of postmodern absurdity. At first glance, it appears to be a stereotypical hero’s story. The player character, Young, awakens in a post-apocalyptic world and is told that he is the chosen one. He must fight to save the world from a great evil which threatens what is left of society. The person delivering the message, however, turns out to be not all that he seems. As you continue to encounter this mysterious hooded figure, you begin to get a sense that your quest may be a farce and that your status as the “chosen one” may be some kind of elaborate lie. These hints are dropped in a somewhat humorous way, as the hooded figure seems to be annoyed with Young’s ineptitude, most specifically in his choice of weapon – a broom.

This absurdity follows the player throughout their quest. Young will interact with many residents of the world as he journeys from region to region, including a happy-go-lucky girl on a bicycle, anthropomorphic animals, stone golems, and talking rocks. The dialogue in these encounters is sometimes casual, sometimes creepy, as certain interactions look to point out the strangeness of the world or dip into dark undertones. The game has a mature rating for a reason – as players will find as they continue to interact with the game world.

Visually speaking, Anodyne is about as basic as they come. Following the visual style and gameplay mechanics of 2D Legend of the Zelda games, Anodyne lacks the “Nintendo polish” and comes across somewhat amateurish. That being said, the spritework is competently done, though some of the locations throughout the world can be a bit bland and uninteresting. In terms of audio, meanwhile, Anodyne provides a sometimes forgettable, sometimes creepy vibe throughout. The whole package is overall effective, but could have used some additional polish. 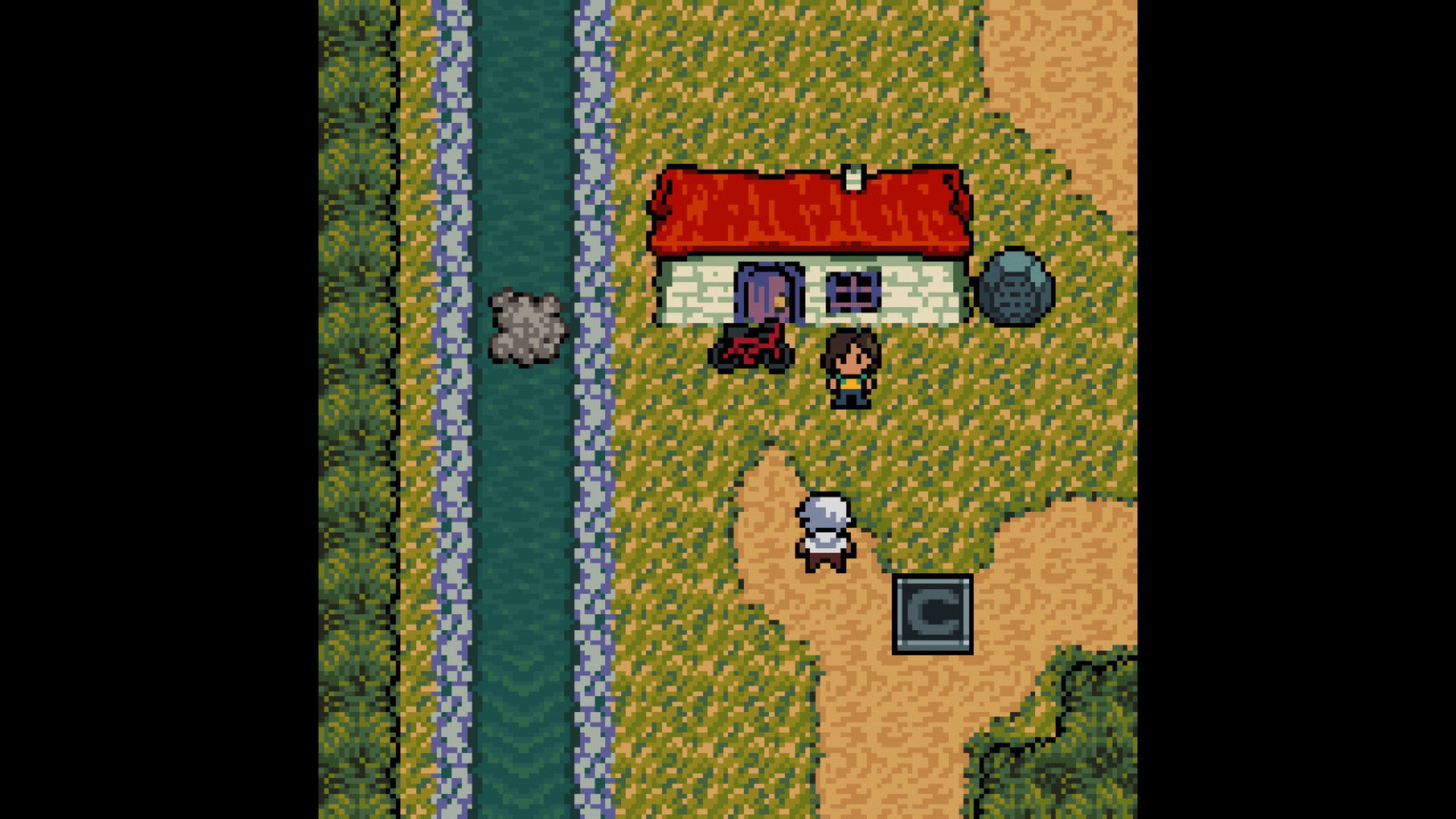 Anodyne presents itself, at the start of the adventure, as a sort of pseudo-Metroidvania. While using a gameplay style more akin to the Legend of Zelda, the game world itself is littered with locked doors and hidden areas, requiring lots of exploration, item collecting, and backtracking. The items in question, however, are typically not new abilities or weapons, but keys and cards that unlock various areas. The player does have the freedom to wander the world looking for items, allowing for some sort of non-linearity, but for the most part you’ll be completing one set of dungeons first, followed by a second set. This allows the developers to give the player some freedom, while also locking more difficult content for later.

Unfortunately, after putting some serious time into the game, the “Metroidvania” nature starts to break down. Each area is composed of a number of twisting paths, constructed like some kind of maze. Unfortunately, the gameplay variety within these areas is lacking, as is any kind of visual flair, making the exploration relatively unrewarding outside of discovering a random item. You’ll find a locked door, backtrack and find a different path, only arrive at the same door from the other side. Flip a quick switch on the same screen, and now the door is unlocked forever. This same situation occurs repeatedly in each section, offering a sort of artificial difficulty and padding the time it takes to explore each area.

The final nail in the coffin comes when you start to recognize the *structure* at work in each area. The world of Anodyne is divided into nested loops – you explore a main area, then discover a path to another. After walking through that maze, you find an exit that leads to a deeper area. And then within that deeper area, you find your dungeon. In this way, the world feels less like an interconnected hole, and more like a series of twisted lines all leading to single destinations. This linearity continues in the later part of the game, as you unlock new paths leading out of the early game dungeons, repeating the process all over again.

The only saving grace here are the portals scattered throughout the world, which lead back to a hub zone. From there, you can cycle back to any portal you’ve already discovered. Ultimately, however, this seems like a concession to make up for the bizarre world design rather than a real, integrated gameplay feature. 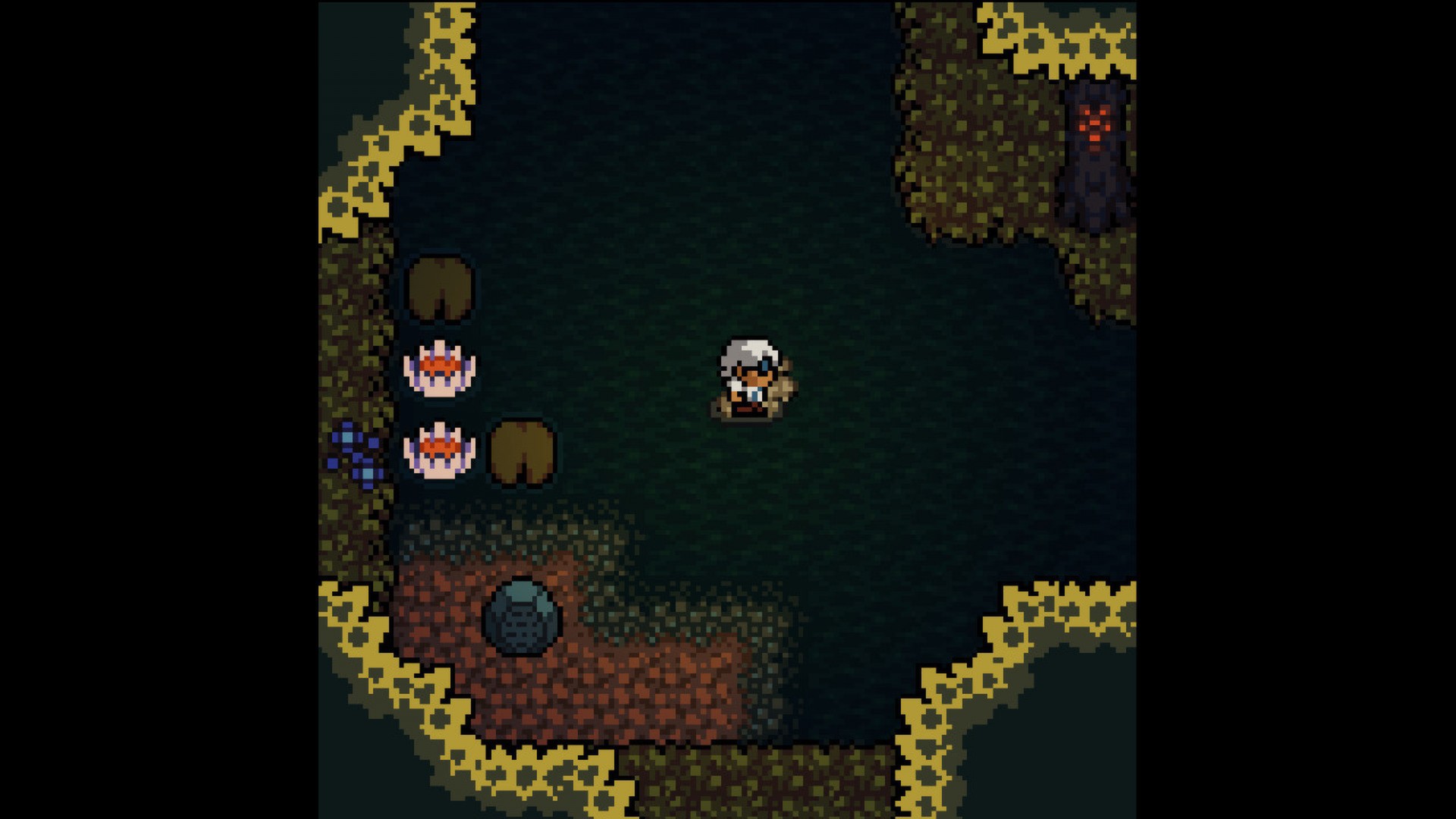 The dungeons themselves are probably the best part of Anodyne. Each dungeon is filled with locked doors, intersecting paths, and interesting puzzles to solve. These dungeons take the most direct inspiration from the Legend of Zelda series, and are executed fairly well. Enemies are scattered throughout each dungeon, and offer a modest challenge, making the completion of each dungeon feel rewarding. And of course, each dungeon ends in a boss battle, which vary somewhat in quality, but generally work as a good capstone to each zone. These boss battles also come with a good bit of dialogue that further deepens the mystery of Young’s quest.

Perhaps the only downside to the dungeon crawling in Anodyne comes in its battle system. Hit – and hurt- boxes can sometimes feel inconsistent from enemy to enemy, or based on which direction the attack is coming from. Some hits just *feel* wrong. At the same time, some of the platforming challenges that appear throughout the game become more difficult than they should, as it is difficult to judge where you’re going to be hit by sight alone.

The saving grace of combat, however, comes from Young’s unique choice of weapon – the broom. Players can unlock various upgrades to the broom throughout the story, extending its reach and making it a more effective weapon. At the same time, little clouds of dust are scattered around some areas and dungeons, and can be used for both combat and puzzle solving. Clouds can reset special switches, block projectile attacks, and even (bizarrely) act as rafts when crossing bodies of water. The developers of Anodyne took this simple mechanic and found a plethora of interesting uses, enhancing the overall immersion of the game and creating unique puzzles not seen elsewhere in the genre.

In all, Anodyne is not a bad game, but it’s not a particularly great one either. The story is bizarrist and somewhat irreverent, but never quite strikes an emotional or intellectual chord. At the same time, the gameplay offers some truly unique ideas and puzzle elements, but never quite lives up to its own potential, due to some poor execution. If you are a fan of the genre, it may be worth picking up on the cheap, but overall it never rises to the same heights as other 2D adventures available on the Switch.