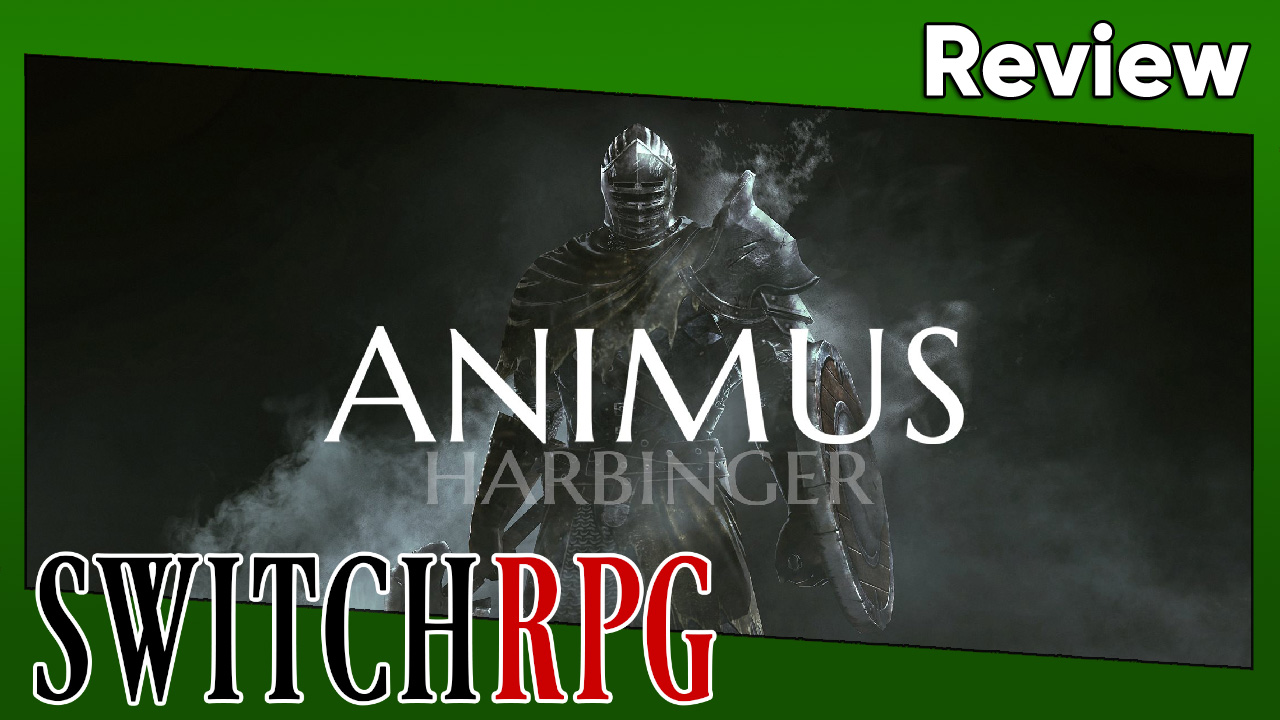 Well, it’s been a while since I’ve uttered the name “Animus.” Although the first title in this series did not fare well when originally reviewed on SwitchRPG, I eventually came around to the flawed Action Role-Playing Game. Sure, its performance issues were severe, but the overall design of the game pushed for optimization via experimentation, which was something I found to be rather neat. However, if Animus were to become something truly special, it would have to show some marked improvements. Does this new Harbinger title offer worthwhile changes to the formula, or does it introduce new flaws to the mix? Read on and find out.

Animus – Harbinger is a stage-based ARPG in which players traverse brief, linear environments in order to take out a swath of enemies and often fight a more substantial boss in order to net completion rewards. While its predecessor used the incentive of prerequisite-based objective completion- such as using limited healing items and completion time- in order to affect drop rates, Harbinger is a bit more lenient with things in certain areas. The main quests are much more straightforward, and several other mission options like trial, proof, and passage quests reward players for completion within time and health constraints. The limitations on healing have been eased up, with a maximum of five health potions available for the player per mission. 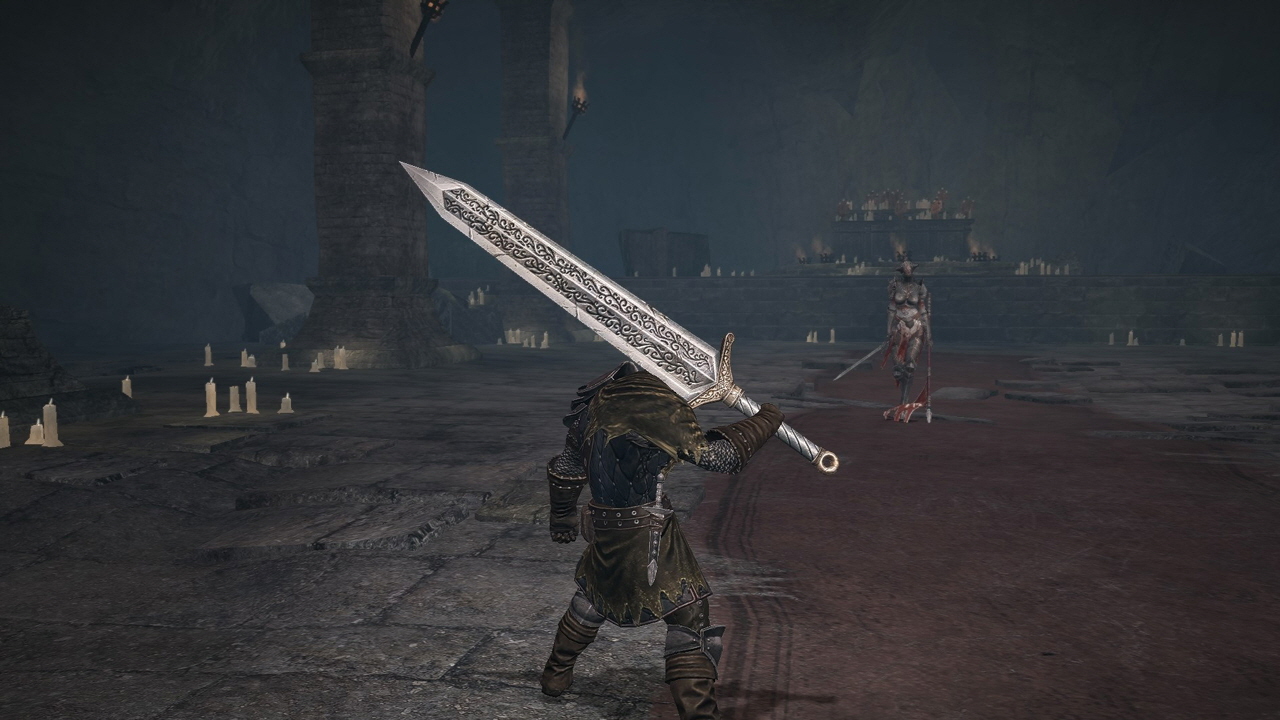 Controls are almost identical to the original Animus, with light and heavy attacks mapped to the A and B buttons, respectively. Quick-step dodges can be performed using the X button, while the player can shield from certain attacks with the Y button (this tactic actually WORKS now, which is a huge change). Potions are mapped to the left bumper, while the Devastate function sits on the opposite side. On There are a few new tricks, such as a sacred dagger thrust that can be used on enemy weak points at certain moments. Likewise, there are also some new weapons to be found, such as the dual hand-and-a-half swords and the glaive. While welcome, these weapons offer little variation over the original weapons, with the longsword (or katana, depending on your preference) being one of the few weapons with a unique Devastation mechanic.

Harbinger does a great job at differentiating itself as a sequel with some impressively dynamic environments. The opening is a far cry from the dusty ruins of Animus: Stand Alone, instead offering a dark and densely-wooded graveyard. You’ll eventually traverse through dank crypts and caves, as well as fields of grass, which is a very welcome change of pace. Equally impressive are the new enemy designs, possessing some more variation despite some old favorites making their appearance once more. There are also many more encounters where enemies are boasting weapons and equipment that the player can eventually don, though the method of obtaining story-mission equipment is a bit different this time around.

The standard for impressively weighty animations and gnarly character and armor designs is thankfully maintained in this title, though textures feel a bit more dull this time around. This isn’t to say that Animus has ever been a series with remarkably impressive lighting, but the atmospheric environmental design hasn’t done the character models much justice. Still, for a low-priced RPG, the artistic assets on display are truly something to behold. 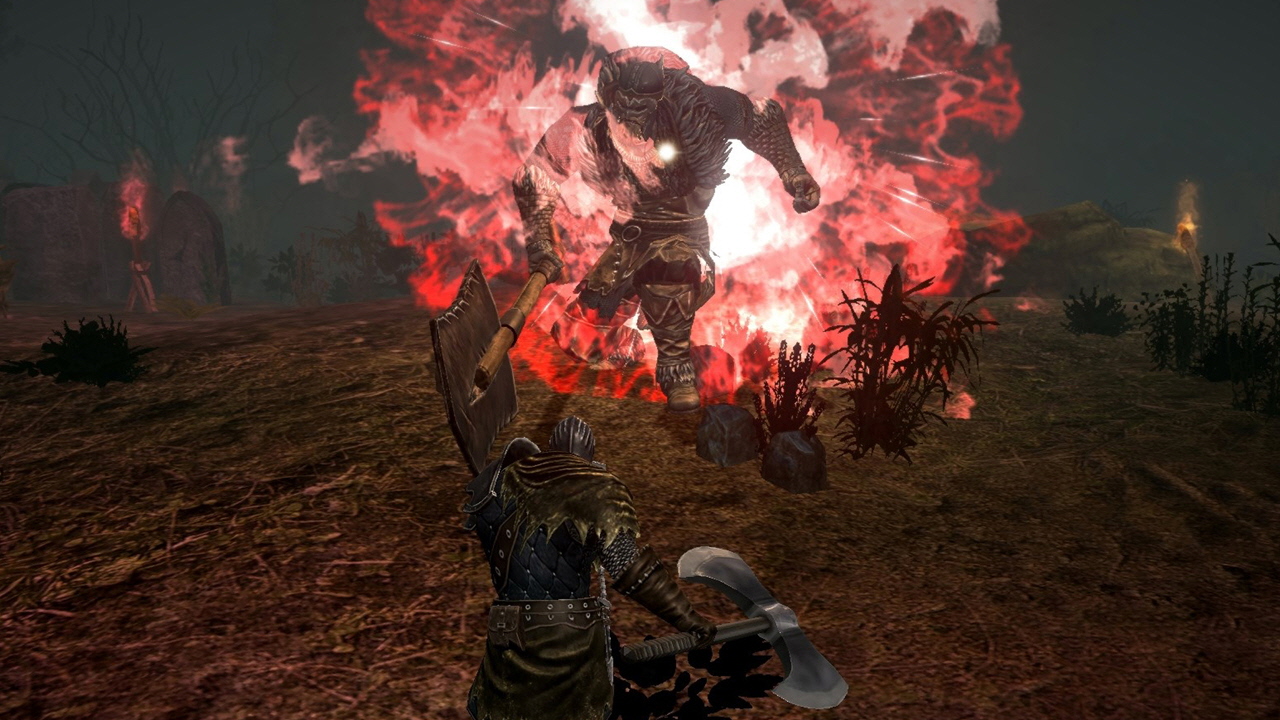 The music and sound design haven’t changed much, however, as Animus is mostly utilizing the same sound effects an music tracks from the first title. Music is sparse in the title in general, only poking its head out during boss fights. Although many of the series’ sound effects are pretty darn brutal, you may feel a bit tired of them if you ended up playing the first title, especially after the campaign that this game offers.

Oh, there’s a story here, as well, though it doesn’t feel as jam-packed with text-based lore as its predecessor. The game’s narrative feels like an afterthought, to be honest, simply setting the stage for some good-old Soulslike action. There’s not much to say beyond the game’s straightforward and mostly-lacking cutscenes.

If there’s one thing I can say that Harbinger does well, is that it streamlines the experience of the original to make menu navigation and objectives much clearer. After completing the tutorial mission, you’re booted to a very Souls-like bonfire setting that acts as the main menu, with character progression abilities appearing on one side of the screen and mission information on the other. Yes, there’s much more equipment to be bought this time around- defeating enemies in missions often makes their gear appear on the black market- but character progression as a whole feels much more straightforward. Players can invest experience into specific stats much more directly (and can also respec with much greater ease!), and trials for weapons are a combination of tutorials and soul-crushing trial-by-fire skirmishes, where your opponent will wield the weapon you’re looking to nab against you. Combination attack inputs now flash for confirmation on screen, leading to the sensation of less dropped inputs, and trial runs of weapons actually teach you the combination attack inputs, rather than having to learn them via their random generation during levels.

Everything just feels as if it plays much more smoothly, and that sentiment doesn’t stop just there. One of the greatest issues I had with the original Animus title were its frequent framerate stutters, dropped inputs, and software crashes. However, most of these aspects seem to have been cleaned up with Harbinger’s port- there are still a few times when the game will freeze up while new enemies spawn, and the frame rate isn’t perfect, but the game runs much more smoothly and feels all the more satisfying because of it. 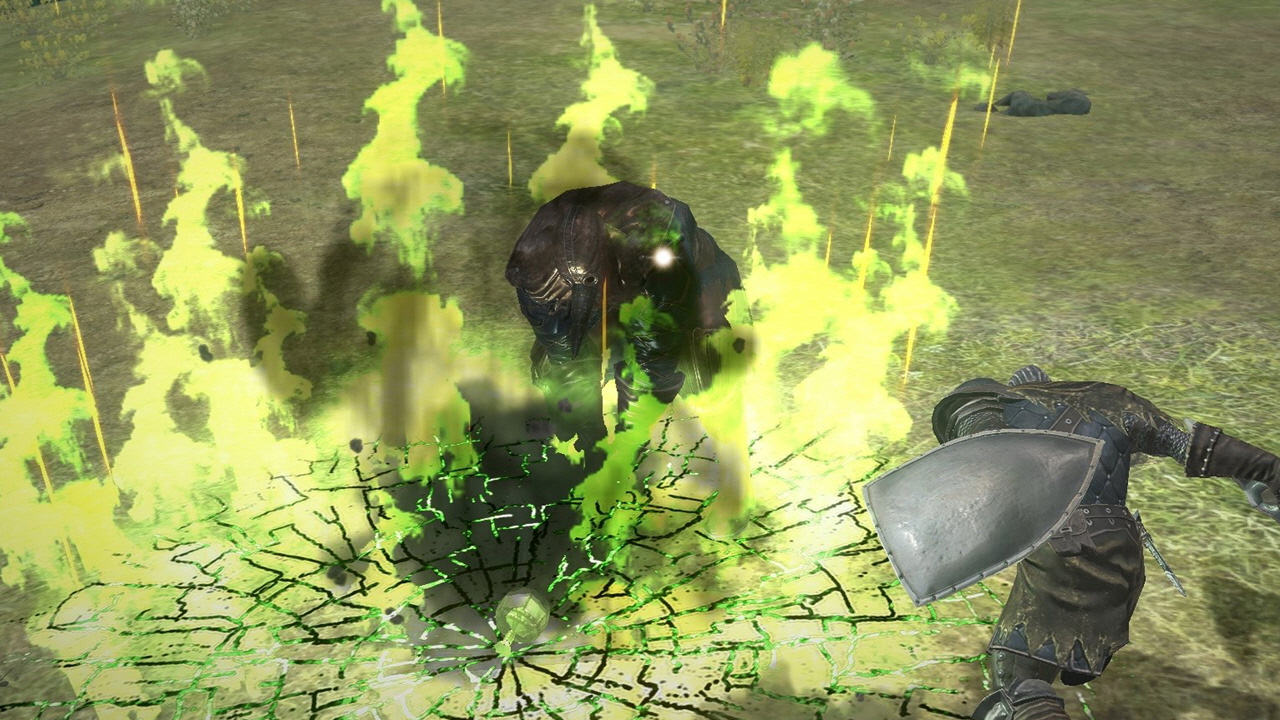 A small admission: despite the original reviewing rather poorly, I’ve actually come to enjoy Animus from a gameplay cycle perspective. Yes, it’s linear, and the combat engagements are a bit too methodical at times, discouraging devastation combo building due to overall vulnerability, but it is a satisfying grind. Watching your hard work pay off as you seal the deal on a new armor or weapon upgrade that gives you the precise edge you’re looking for is rather exhilarating. If you can stomach the three-day cycle of difficulty, that is. Animus doesn’t reveal its hand immediately or all-too-easily, asking players to stick with a campaign reset in order to witness the extent of its horrors. On one hand, you’re getting a surprisingly substantial amount of content for a relatively low price, with campaign resets offering new weapons and enemy types. On the other, if you don’t feel that Animus’ core gameplay loop (which can be seen in just a short, five-minute mission) can sustain your interest, you’d likely get your money’s worth after a single playthrough.

Who knows? Maybe the last of the Animus trilogy, Ire- Blood Memory, will make its way over to the Switch and offer that true multiplayer ARPG feeling that both Animus: Stand Alone and Harbinger briefly flirt with. In the meantime, you’ll get a nice, compact, and pretty Soulslike with Harbinger that’s a step above its predecessor, though that still isn’t saying all that much.

Great review! They reflect my sentiments exactly. One thing I will point out is that there is very little narrative. I really wish they could do something with it and I don’t think Animus Ire: Blood Memory is the answer. Hopefully a new ip altogether.