All Walls Must Fall Review (Switch) 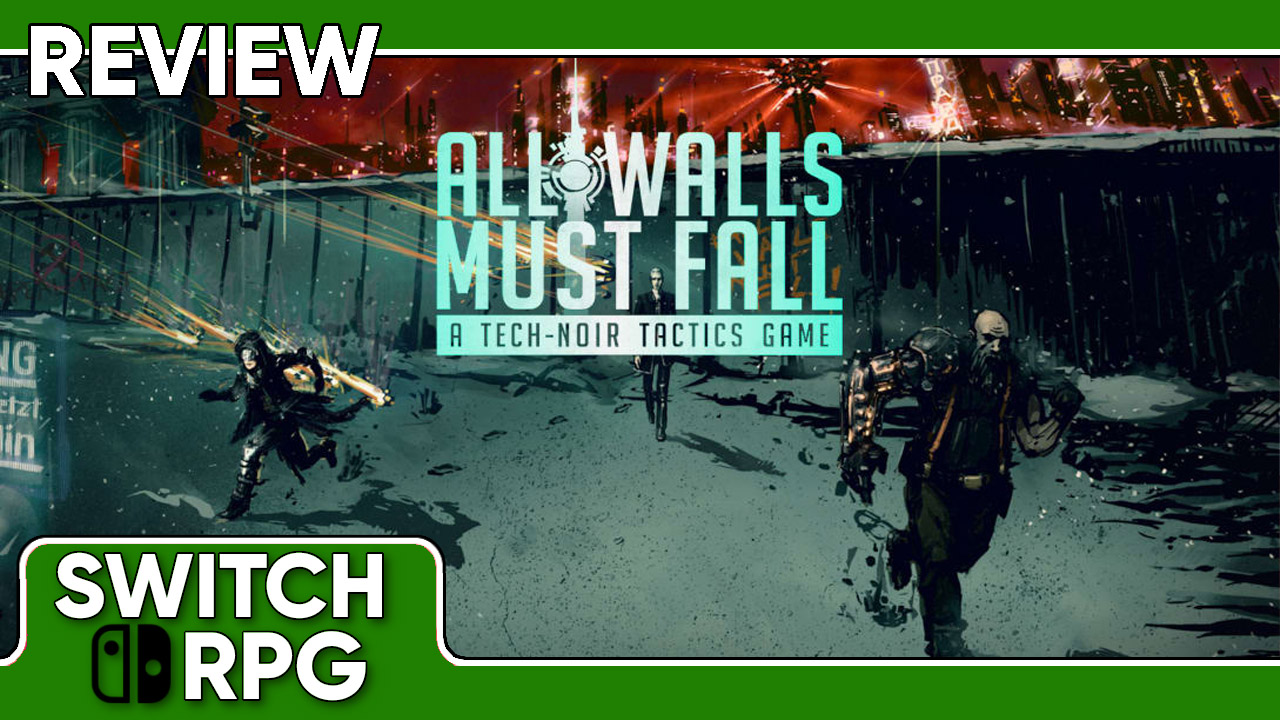 All Wall Must Fall has the potential to be a great game. The combat mechanics are an interesting take on the tactics RPG genre, and the Cold War cyberpunk aesthetic is just cool. Unfortunately, it falls a little flat with difficult controls and confusing gameplay.

You are Kai, a spy in future Berlin, part of a world where the Cold War never ended. The story campaign involves a set of missions where you infiltrate a Berlin nightclub and complete a variety of tasks before escaping back to your getaway vehicle. Other than that, there’s not a ton of storyline here. There is some amount of plot that’s driving you from mission to mission, but it’s not really an integral part of the game. The futuristic cyberpunk setting adds a cool vibe, and there’s some neat time-travel mechanics that drive things along, however. 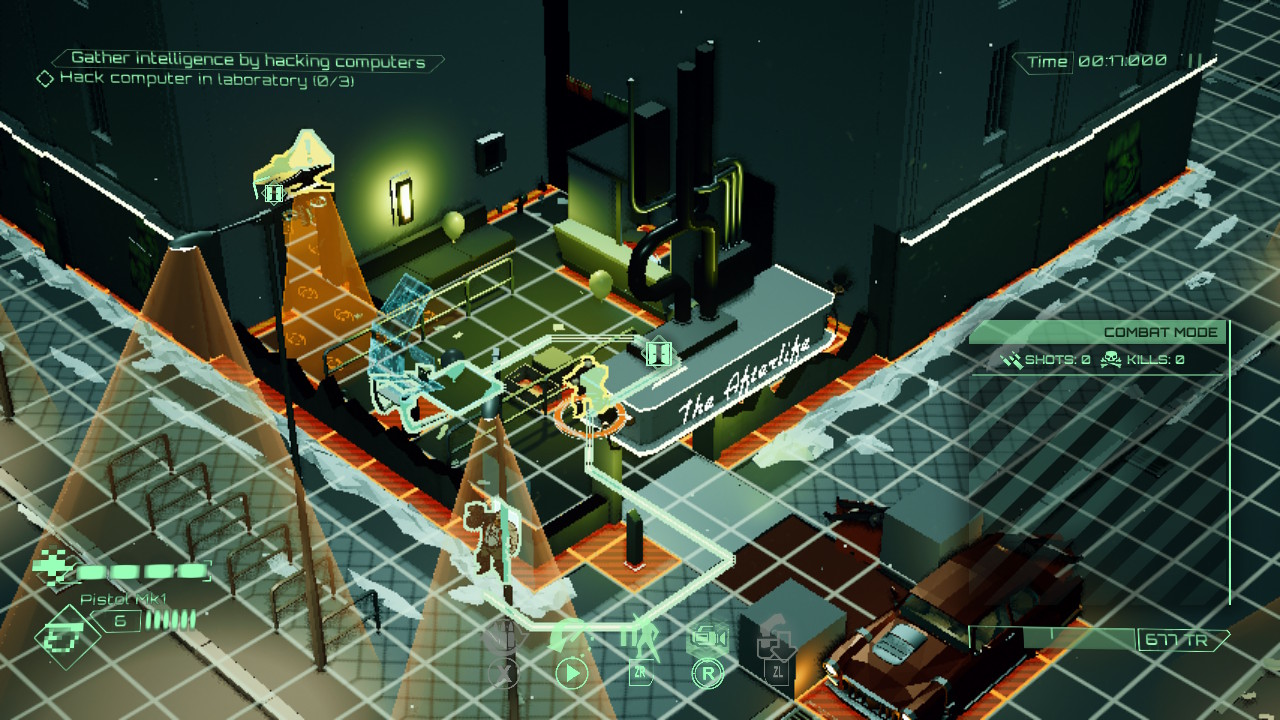 Maybe I’m just bad at video games, but it took me the better part of 2 hours to get through the tutorial level of All Wall Must Fall. I really struggled to understand the command prompts and figure out what my current goal was, but I ultimately persevered. Each mission level is procedurally generated, though they all appear similar. Each nightclub level involves a series of rooms, with hackable doors and security cameras, potential hostiles, and objectives to meet. There are several options for proceeding through the level: hack your way in, talk your way in, or fight. If you choose an option you don’t like, you can use your time-travel ability to undo the action and try a different approach. Hacking is the most straightforward – you approach a door or security device, choose the option to “hack,” and the device is disabled. This action uses up a finite resource that you have in each level, so you must choose where you use this technique wisely. 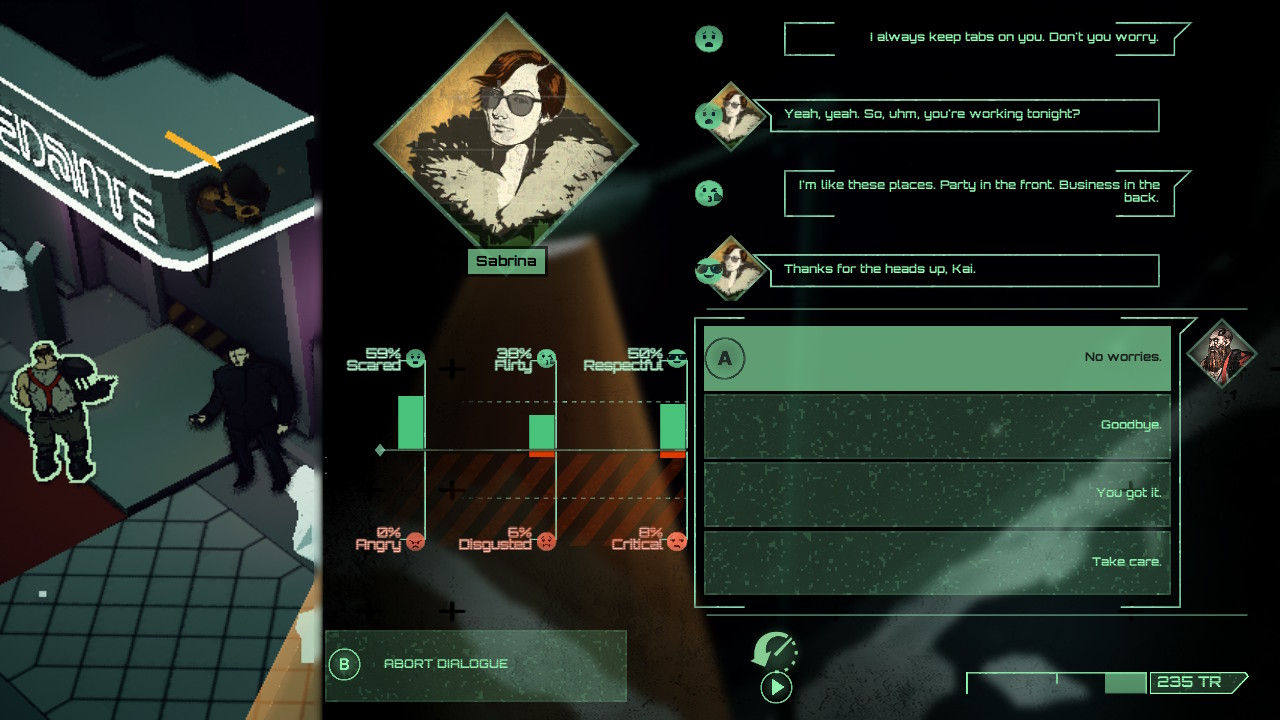 The dialogue mechanic is probably the most baffling, but also has the most potential. You can speak with a variety of NPCs and try to convince them to do what you want. Each dialogue option has a green “good” emotion or a red “bad” emotion result, and your goal in the conversation is to max out one of the green emotions before one of the red ones. This was absolutely not clear at first and it took quite a few tries and finally looking up the game’s website to understand what I needed to do. It’s also not obvious what emotion will result from any given dialogue option. I would pick an option I thought would be a “flirt”, and it turned out to be an “angry,” for example. Then, I would use up all my limited time-travel juice and end up having to restart the level to keep from getting murdered by angry bodyguards.

Speaking of getting murdered, let’s talk combat. Your agent has very limited health and cannot take very many hits, so you have to really think about your actions and use the level to your advantage. There’s a decision timer to force you to think fast, but thankfully the game provides the accessibility option to turn it off. The action is standard tactics turn-based until you defeat all the active hostiles. Once you’ve won, the game gives you the option to “drop it,” where you confirm you’re happy with that set of actions, then gives you a really cool action animation of you defeating all the hostiles in real-time. It’s super slick. 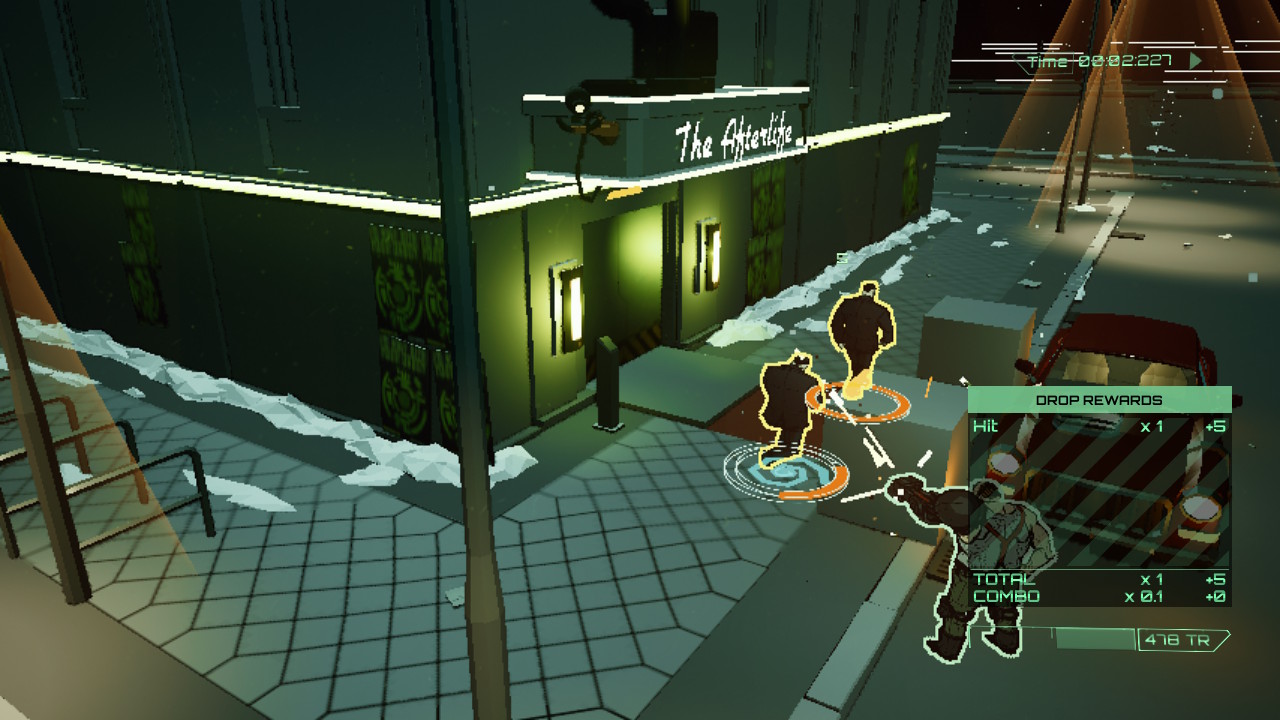 The last thing worth mentioning are the objectives. There are arrows on the HUD pointing to where you should go to meet your mission objectives but I found them extremely hard to follow. The walls of each room of the level are opaque until you enter the room, and even once you’ve explored the space, the isometric views make it really challenging to see where you’re going and what you’re looking for. I definitely spent a few missions wandering around the whole level multiple times before I found what I was looking for, which was frustrating.

In general, I think the appearance of the game is good. The levels are mostly dark colors with greens, and really amplifies the cyberpunk feel. The loading screen artwork is very well done. Also, the soundtrack? Bumping – the game sounds great. The issue is sometimes the screen is really busy, especially when there are a large number of hostiles in view. It can be difficult to tell where the enemies are, and I (more than once) found myself walking into a room that was just full of baddies and died. I also found that the text tended to be tiny and hard to read, which made it difficult to play the game in docked mode. I couldn’t see what was going on and ended up having to play the game mainly in handheld mode. 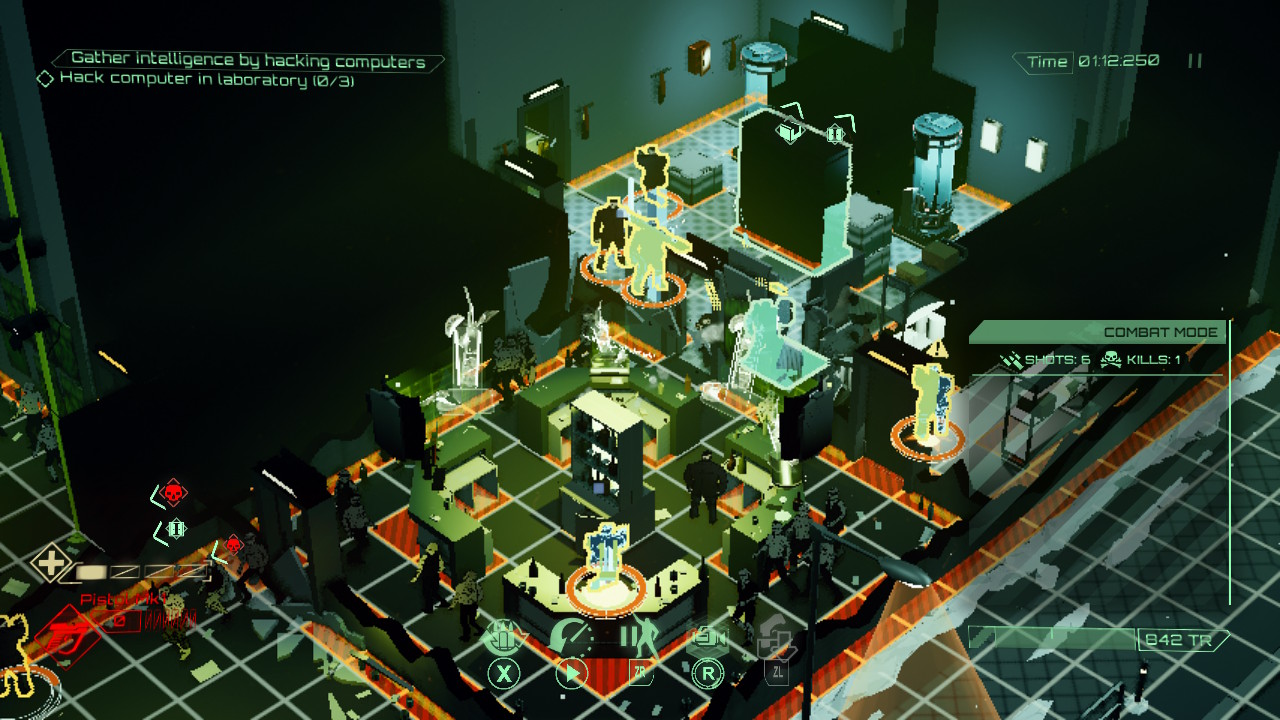 There is a lot happening here.

All Walls Must Fall was a kickstarter game made by some folks who worked on AAA games. It’s clear that they’ve got some great ideas, but the game is still a little rough around the edges. If you’re a diehard Tactics RPG fan, I would recommend checking it out, though, as there’s a lot of fun to be had if you’re willing to spend the time to figure out its systems. I hope to see more from this developer!

Tags: All Walls Must Falltactics rpg