AeternoBlade 2 is an action platformer with RPG elements and unique mechanics that set it apart from most games in a similar vein. Created as a direct follow-up to the original AeternoBlade, the game is set in the same world following the same main character, though there are a couple of extra playable options, offering some additional variety. This game had been in development since shortly after the release of the original AeternoBlade, with a failed campaign on Indiegogo having last been updated in the middle of 2017. 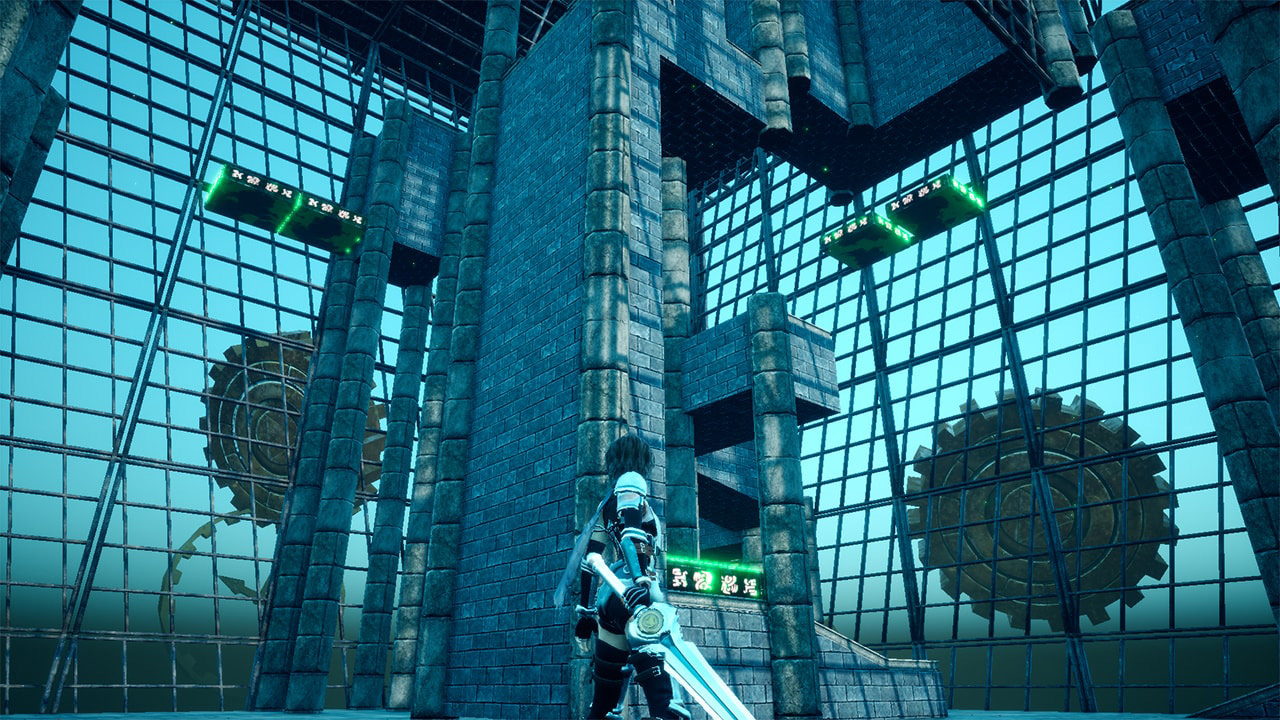 AeternoBlade 2 starts immediately after the conclusion of the first title, following the story of three playable characters: Freya, Bernard, and Felix. Each of them employs different tactics in battle, changing up the usual hack’n’slash recipe with a bit more spice. If, like me, you did not play the first game, you will likely be confused about where you are, why you are there, and why you should care — the game simply throws you right into the action apathetically.

From what I was able to deduce, there were three weapons created by a previous race of Gods that allowed the wielders to manipulate time. There were some issues with creatures and demons from other dimensions seeping through to this one, and Freya took up the AeternoBlade in an effort to save her village and time itself. You soon find that there is a disaster coming from a strange, dark hole in the sky caused by Freya’s actions in the previous game. You will also follow Felix and Bernard, both of whom are heading to a location called the Eternity Fortress.

Players will get to choose which character they want to play as, each with a different play style and storyline to follow based on their perspective. While the story itself isn’t bad, it does suffer from issues with translation and horrible voice acting, which we will talk a bit more about later. There’s a lot of depth to the world of AeternoBlade, but it has to be pieced together bit by bit from what we get in translation. Even the website for AeternoBlade I and II is not able to convey what is really going on here. 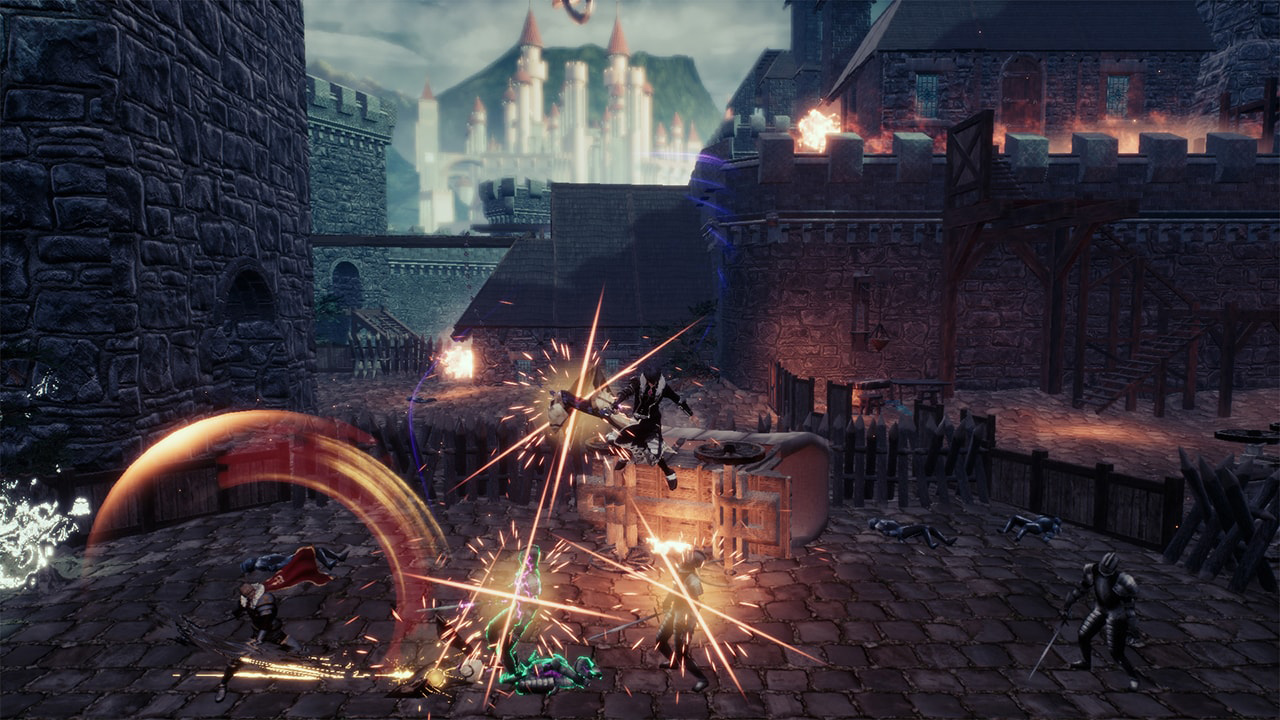 AeternoBlade 2 employs a host of mechanics that, while great in number, aren’t very cohesive. While some of these mechanics are truly fun to utilize, others can seem clunky and downright frustrating. These can cause a multitude of framerate issues and, if you’re incredibly unlucky, some terrible hard crashes that can cause you to restart the game, and in some instances the entire zone that you were playing in. 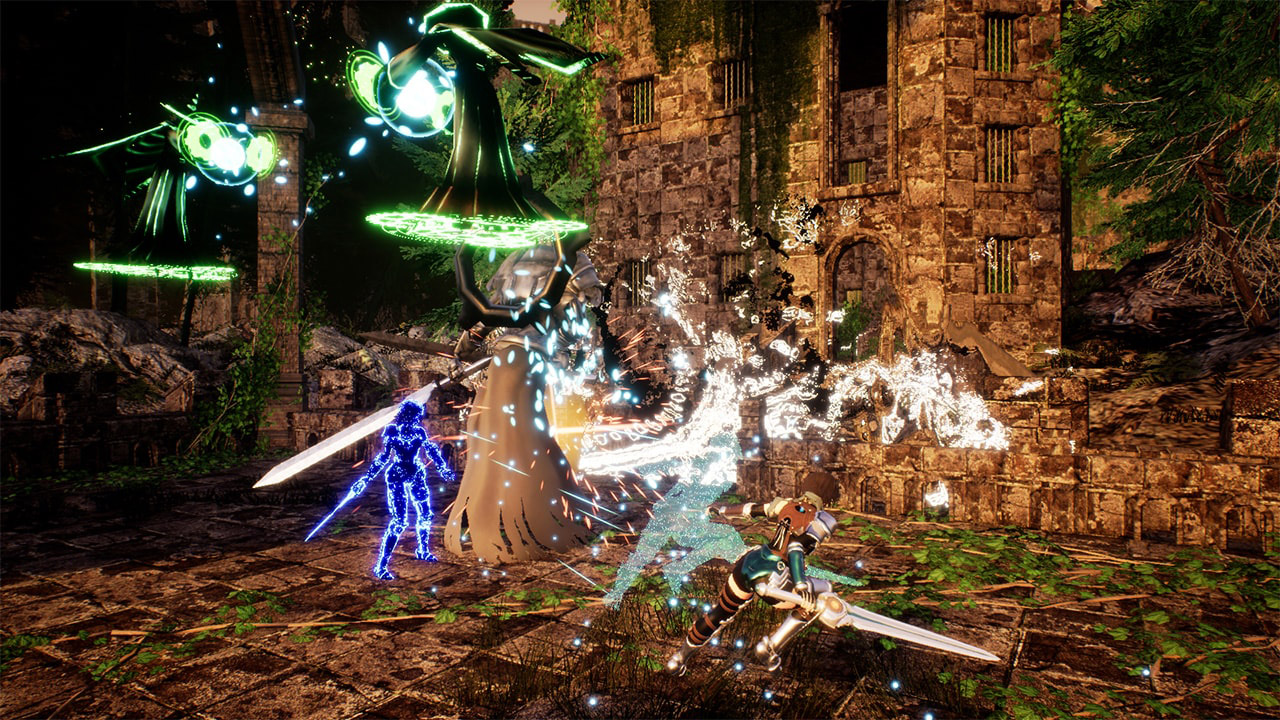 As the wielder of the AeternoBlade, you’re afforded the ability to manipulate time in all manner of ways — slowing, stopping, and accelerating almost constantly to solve platforming puzzles and make the best of the fast-paced and combo-driven combat system. You can use these skills to drive into the weaknesses of your enemies, especially when it comes to the battles with boss characters.

Boss fights are fought in a 3D arena, as opposed to the usual 2D areas of progression. This is complete with controls that seem to suffer from significant input lag, as well as a clunky camera that does more harm that good. Combat doesn’t see any difference here, as you’ll be using the same abilities and combos, so there’s no real need for this change and its truly just a flex of “look what we can do!”

Artistically speaking, this title is nothing to write home about. The resolution is not terrible, but the jagged edges on character models and enemies look crude and uninviting. While the European-inspired fantasy environments are detailed enough, the muted colors run together and prevent any sense of liveliness as you explore through areas. Animations for abilities and attacks can cause framerate stutter, something that, in a game so heavily reliant on combos, becomes off-putting very quickly. This is simply in docked mode, mind you- attempting to play the title in handheld is almost impossible, as you can barely see what you are doing with the resolution drop. 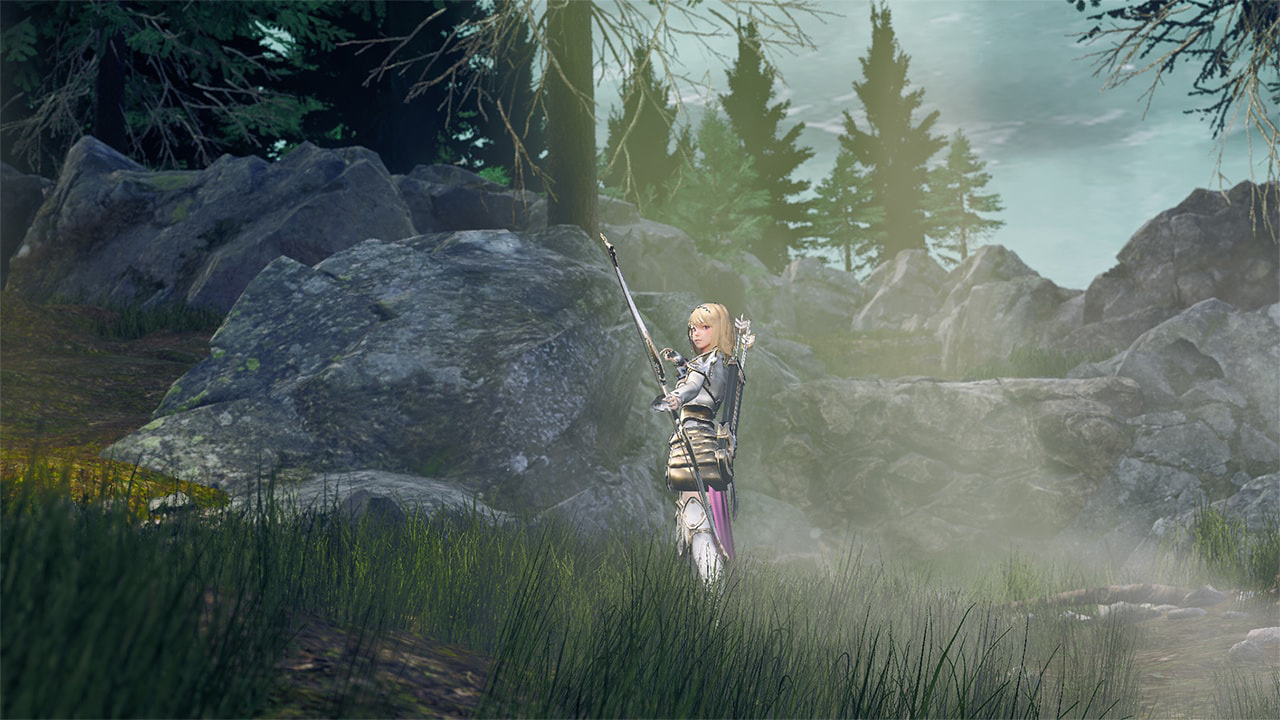 The music itself is honestly very well done, suiting the environments and boss areas in a way that adds to immersion and gives a sense of the world you are playing through. The same, though, cannot be said for the voice acting, which honestly has some of the worst examples that I have been personally subjected to, and I have played Final Fantasy X willingly over a dozen times. The voice cast here seems to have been comprised of rabid raccoons stuffed into human suits and placed into a recording room while being spoon-fed lines. They obviously liked the free snacks being offered, so they tried to be as over-the-top as possible in an effort be kept on.

This sequel tries very hard to improve upon the formula of the original title, but fails at almost every turn. While the core idea is solid and the combat itself is incredibly fulfilling, the amount of bugs and crashes that plague the experience make it not really worth the fight. This is a shame, because the world of AeternoBlade has a lot of potential to be a solid fantasy land full of life and vibrancy, but this hollow shell of a game fails to deliver on pretty much every level.