A rival tribe invaded your home land, caging your people and stealing your loved one. As one of the last free men, you must give chase and free your tribesmen and face off against not only the vicious beasts of the plains and jungles, but one terrifying shaman and other wicked creatures that stand in your way. As you channel the spirits of the land within you, will you be able to defeat the evil taking over these beautiful islands in the sky? Or will you fail on your quest, leaving your people to their twisted, dark fate? 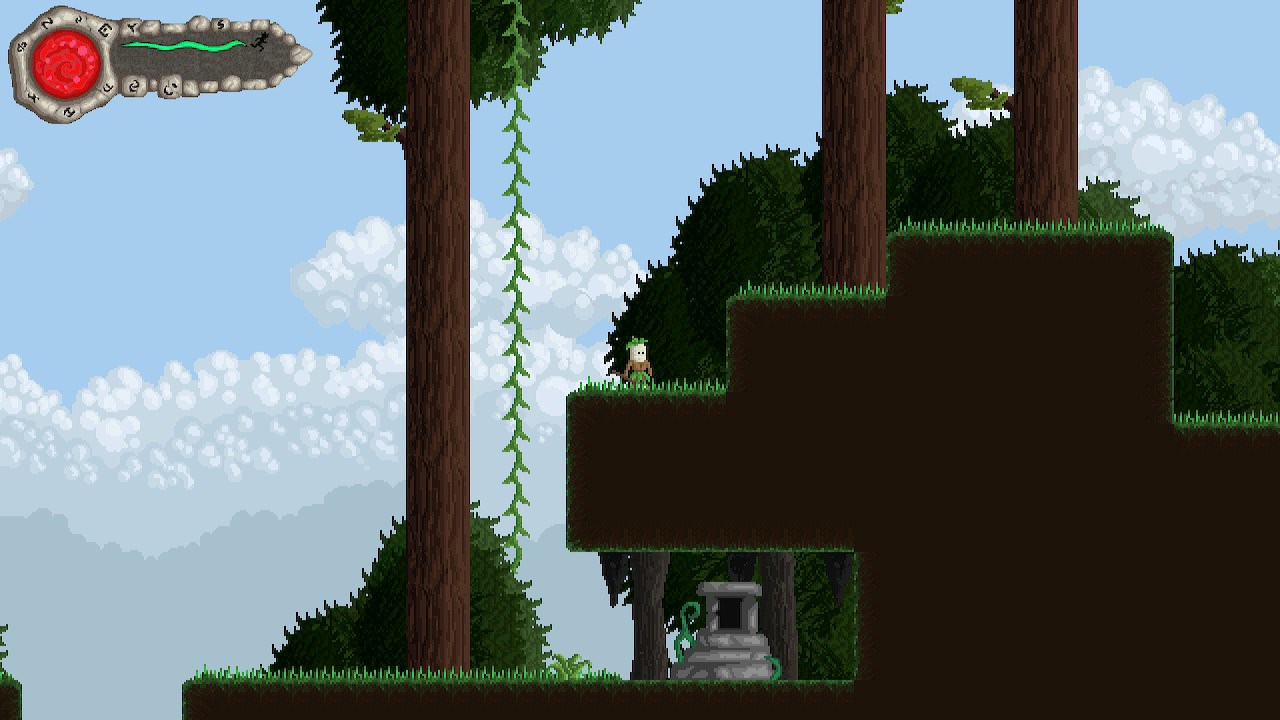 Aborigenus’s controls are fairly easy to grasp. After making sure to read the light tutorials on the signs scattered in-game, you’ll learn to jump, attack with your spear, and later fling a throwing weapon toward enemies. While you can pick up other skills throughout the game, I was quite content with using my throwing weapon as my main source of damage for most encounters. Sneak attacks work when you can line them up, but as I found out that attacking from a distance was generally my best bet, it became my preferred method of combat right away.

As you traverse each island in the sky, you’ll encounter vicious creatures and many obstacles — falling to your death will happen, as will being murdered by large bird creatures if you underestimate their herd.

Exploring in this platformer feels great. The controls are responsive and once you gain your bearings you’ll be climbing vine after vine, jumping over chasms, and scaling cliffs in search of your fellows like it’s your destiny. While NPC encounters are few, the people you meet on your way are generally helpful, giving you new abilities or introducing you to new gameplay aspects like riding a giant chicken across the land to catch up to your quarry.

After defeating enemies, your character can level up, granting the choice of improving existing abilities or choosing a new one from the rather limited list. While there are not a lot of options for character building, I found that I still stuck with my trusty throwing axe despite having super zappy magic powers. I upgraded it all the way rather early on. Old habits die hard? 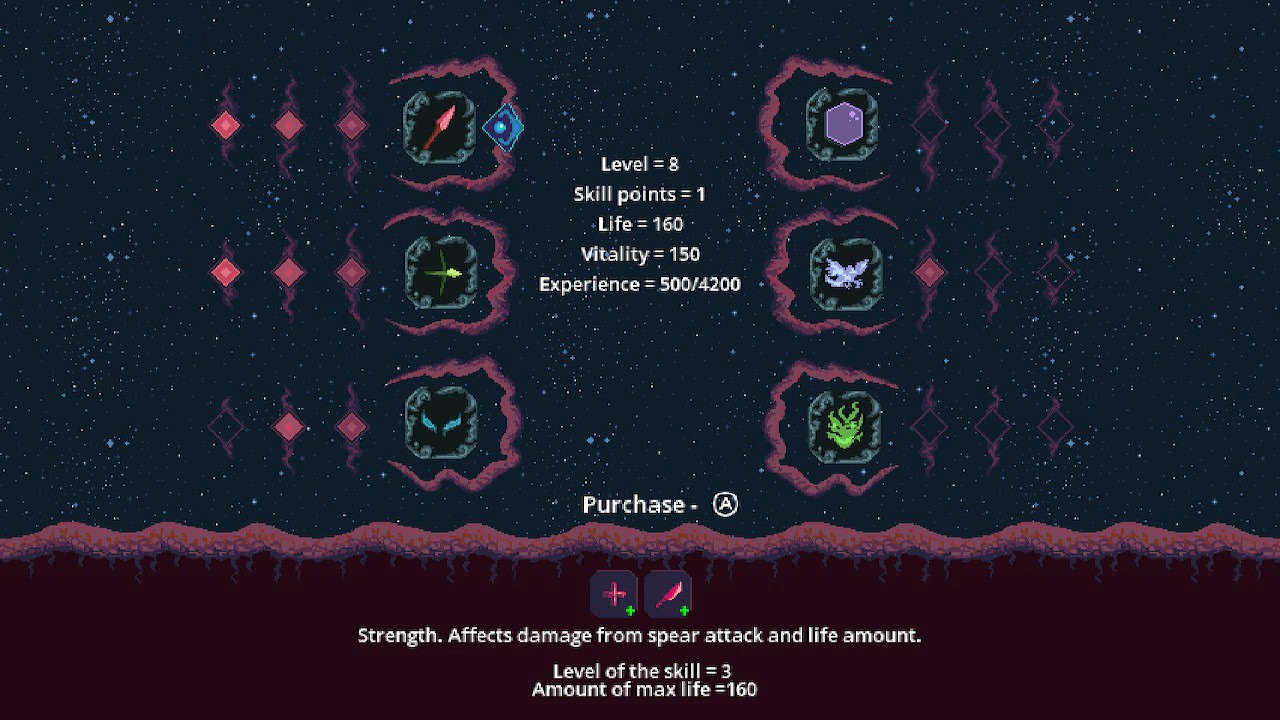 Aborigenus is a short story (around a half hour) that you just so happen to get to play. It has a very simple plot, and beautifully crafted pixel art cut scenes do very well to bolster the overall presentation. It’s artistic expression in the form of a game, but I really wish there was more to play. I truly enjoyed what I got to experience, though, and for the small price tag, this is definitely worth playing if you’re into action platformers.

The RPG elements are super light here, so don’t expect any sort of grueling grind-fest like some of the titles we cover here. What you do get, however, is a riveting tale told with you in the lead.