First off, I cannot believe it has been a year since SwitchRPG.com became a thing. It has been a pretty great ride so far, and the future is looking bright! I wanted to share some insights and experiences from the last year working on this site and related projects. 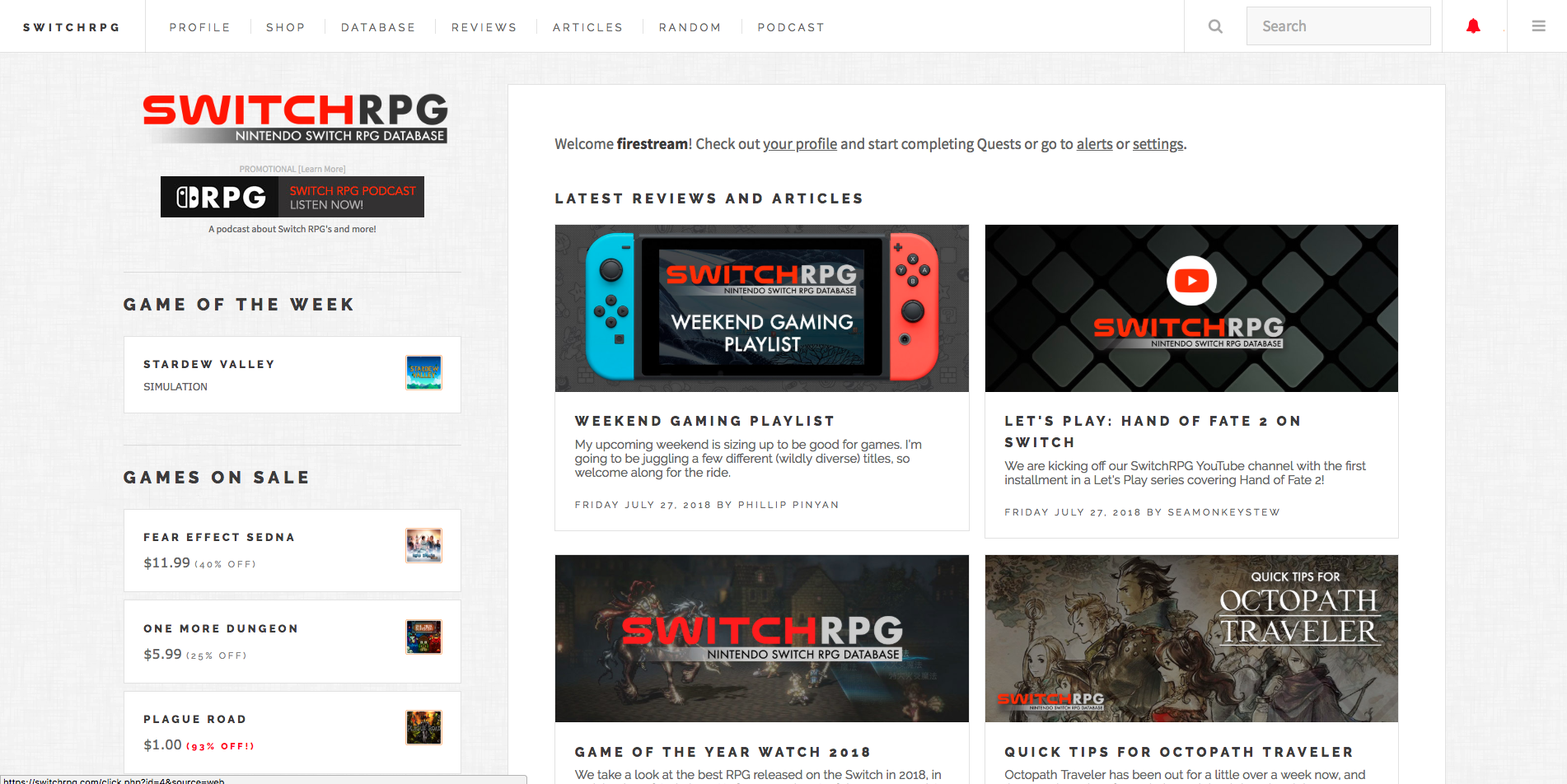 Since 2001, I’ve been building community sites, apps, games, and more for a long time. I’ve done them for music communities, gaming communities and sports communities. In each of these, sometimes you come across people that are toxic and, at times, communities can be full of this toxicity and negativity. SwitchRPG.com is my first attempt at doing something in the world of Nintendo, and it has been an absolute pleasure so far. Nintendo fans have ended up being some of the nicest, most down-to-earth, real people I’ve had the pleasure of working with. In the last year, the community that has formed behind SwitchRPG and SwitchList has been full of great people, and the staff that we have at SwitchRPG have been phenomenal and are a major reason for the success we have seen thus far. I want to personally give a huge shout out to everybody that helps and participates on the site, app and discord.

I’ve had a few of my projects get really big and reach hundreds of thousands of people. Honestly, I thought I could start SwitchRPG and it would just be successful because it was a gaming site focused on Nintendo Switch RPGs. I was wrong. I feel like it has been successful in the last year, but not because of my work or the site-subject itself, but because of the people that were drawn to it, hang out, and help daily to try and make it great. The staff behind SwitchRPG work really hard each week to make the site great, and I could not do this without them! 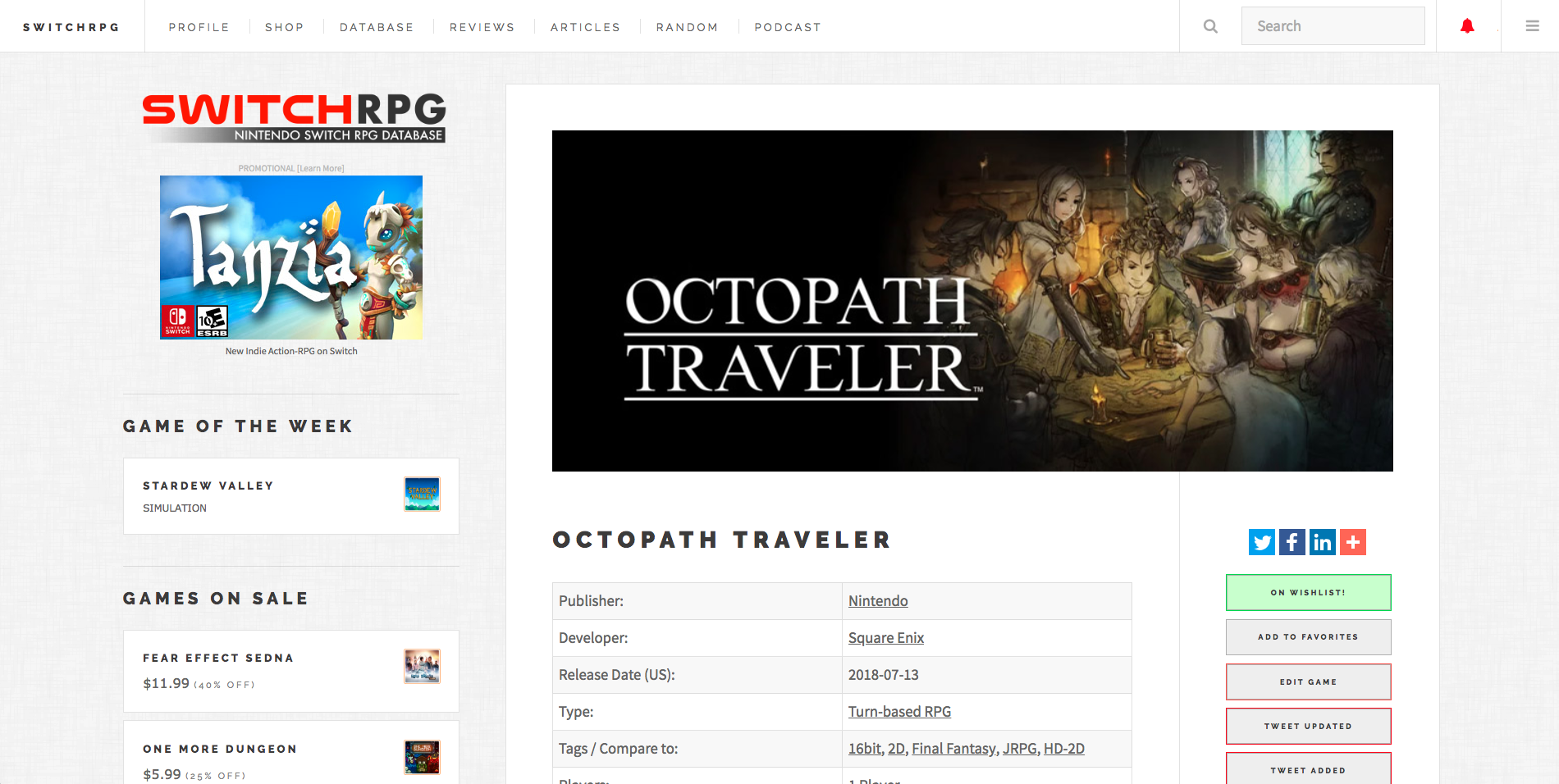 When we first started out with SwitchRPG, I wasn’t sure any studio or dev team would really give us the time of day. For the most part, we were completely wrong there too. A lot of indie devs especially have been very excited about SwitchRPG and have wanted to help out by doing AMA’s and/or giveaways with our community. We’ve been able to have a lot of great events with many different teams of people in the last year. We have also been able to get larger studios interested, and many have supplied codes for game reviews and community giveaways. I think the quality of our reviews really speak for themselves too – again, due to such a great staff behind the curtain.

It’s Hard to Plan Everything Correctly the First Time

SwitchRPG actually started out with some features that it no longer has, like the RPG database and the RPG mechanics on the site itself. When I first started, I thought I had a good plan set on what the site would do and offer. Just having a database of RPG’s was cool, but time and time again people would ask for these features for ALL Switch games. I decided to build SwitchList.app at that point and after a while I ended up with duplicate features between SwitchRPG and SwitchList. It really made sense to refocus SwitchRPG on articles, reviews, videos and the podcast and let SwitchList do everything else. I feel pretty good in that decision still, and both sites have a very solid purpose for existence now.

Traffic In The Last Year

So, in 2018, SwitchRPG.com was visited by over 123,000 people, racking up 860,000 page views. Our first article was written on February 27th, and we now have over 400 articles under our belt. We started a podcast and YouTube channel early on before branching out to all sorts of media platforms. We now have a great staff of people writing reviews, articles, and recording content weekly. SwitchList.app was built early in 2018 and then rewritten in late 2018 and has reached a lot of people as well – It has over 75,000 installs between iOS / Android.

Here’s to the future of SwitchRPG!

Hard to believe it’s been that long–or longer, even. The first article may be February 27, but some of the features that are now more SwitchList’s job were going for a bit earlier than that. It’s been a good place to hang around, here’s to more years!