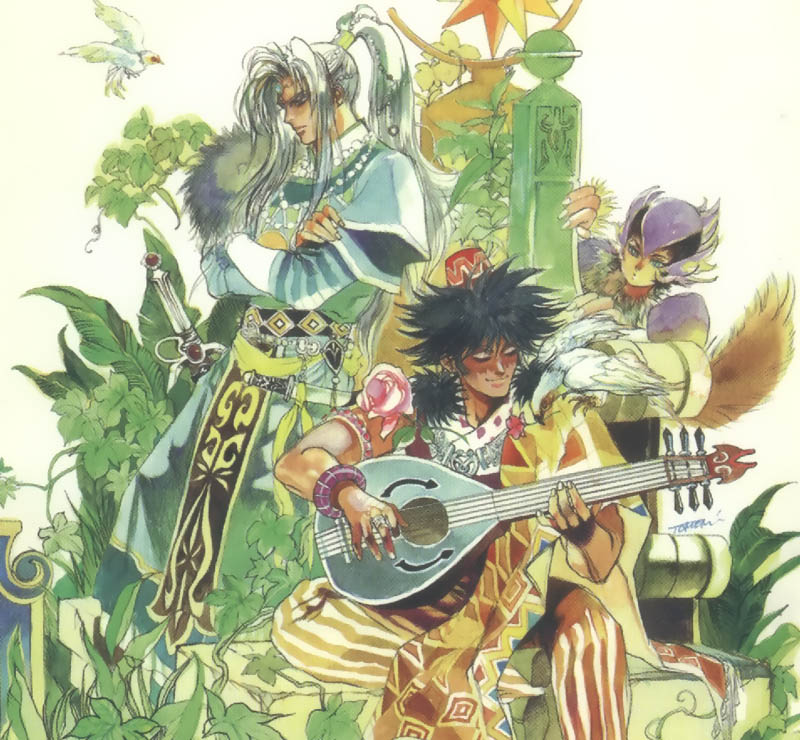 Overworld themes in RPGs are amongst the most coveted pieces of a musical score. Often times, venturing into the overworld marks the beginning of a long journey while also serving as a constant reminder of what lies ahead. When done right, they can throw a bunch of emotions at you all at once, and the best ones stick with you for years to come.

There are tons of great overworld themes, but here are five of my personal favorites (in no particular order). While it’s not really a contest to consider almost any of the overworld themes from the Final Fantasy franchise a favorite, I’ve chosen to NOT include them as to make things a bit more interesting. Feel free to link your favorites, whether they be from Final Fantasy or another series, down below in the comments!

While I originally played Lunar on the Sega CD, I have more memories of its rendition on the PS1. I feel that the Lunar series is often overlooked; therefore, the music might not get the recognition it deserves. The whole soundtrack is great, but this one in particular screams “adventure” to me.

“To A Distant Place (Overworld 2)” – Breath of Fire III

Breath of Fire III is one of a few JRPGs outside of Final Fantasy that blew me away when I first played it. The jazz-like approach to the soundtrack is not something that immediately would seem interesting, but in practice it is really well done. As a (retired) drummer, I can appreciate the intricacies that they used in many of the beats while not making it overpower the rest of the instruments. This particular overworld theme plays during the second half of your journey, and is very fitting given the mood of that point in the game.

As a kid, I was fortunate enough to be in contact with someone that pawned his systems to our family when he was done with them. That is how I ended up with a Panasonic 3DO in the mid 90s, and how I was introduced to the game: Guardian War.

I intend to cover this title in a little more detail in a future article, so I won’t say much about it here. But let’s just say it is an interesting little tactical RPG that I imagine most people have never played. While the song definitely screams late 80s early 90s with the guitar riffs, that doesn’t change the fact that they are sweet licks. I spent a lot of time as a child just leaving this running in the background while I did other things because I enjoyed it so much.

Since all of my selections thus far have been the equivalent of “back in my day, we had better music in games,” let’s pick a more modern choice. Ni No Kuni 2, as a whole, has an excellent soundtrack, but the overworld theme really captures that “spirit of adventure” in my opinion. It is a good thing that it is so well done, because you end up memorizing it pretty early on due to how much time you spend on the overworld itself.

Yes, I know I said no Final Fantasy games! Despite this one borrowing the Final Fantasy name, it is actually from the SaGa series. Also, it’s my list, my rules, dangit! By the time this game rolled out, composers were really putting their all into gameboy musical compositions. This definitely isn’t my favorite track from the game, but it is my favorite overworld theme from the platform itself.

So those are a few of my picks. What are some of yours?