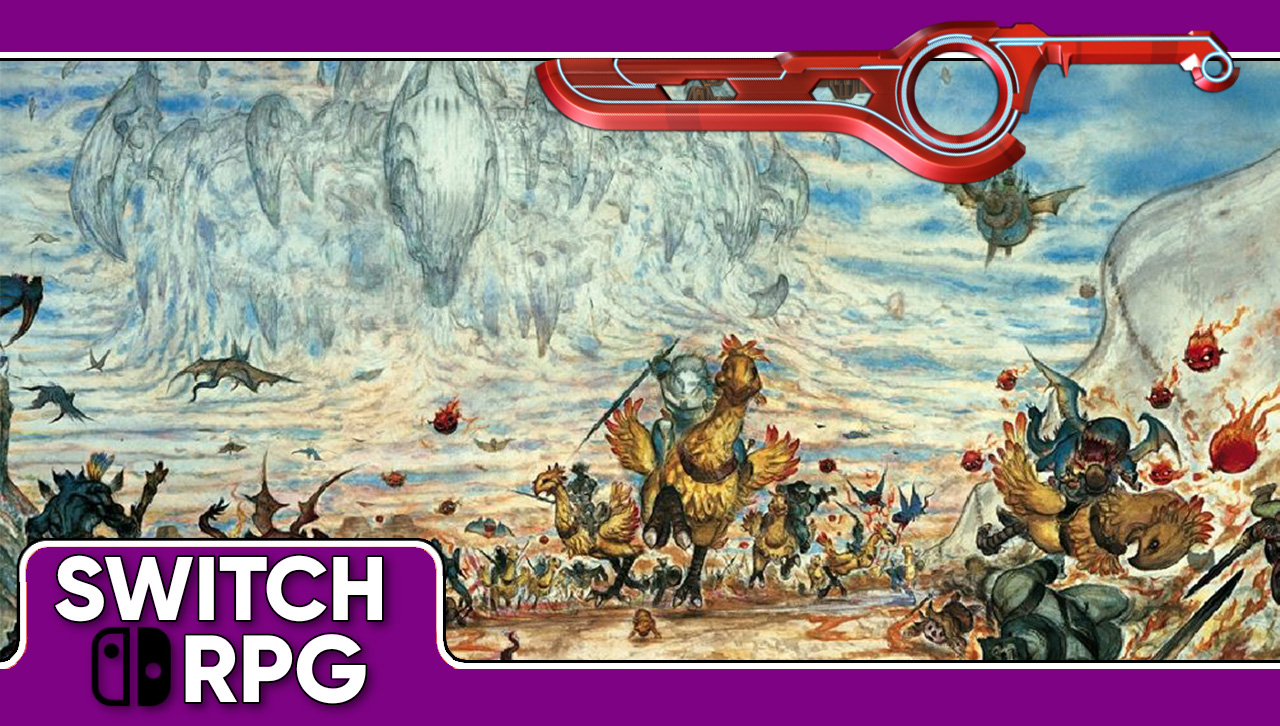 My journey across the derelict titan known as Bionis has been fantastic so far. I’m shocked by just how invested I’ve become in this world and the characters – something that was not completely the case when I played XC2. There’s no denying that Nintendo’s biggest JRPG release in 2017 was impactful – the world design and soundtrack alone were arguably some of the best in the genre. While many any of its systems proved to not to be my cup of tea, Xenoblade Chronicles: Definitive Edition has proven to be the complete opposite, wowing me around every corner and proving that the Switch embracing ports of any kind is not a bad thing whatsoever. I never played the original Xenoblade in its heyday, so you may be wondering why nostalgia is mentioned in the title. While you can’t truly be nostalgic for something you have never experienced before, what I have come to realize through playing Xenoblade Chronicles, and to a lesser extent XC2, is that its similarities to another title have made my trip across Bionis one that feels both fresh and nostalgic at the same time.

I was fortunate enough to receive a massive PC upgrade as my graduation present from high school in 2004. No longer would I be limited to console gaming, for this new hardware would be more than capable of tackling just about any computer game I could throw at it. One of my first purchases was Final Fantasy XI, Square Enix’s latest entry into the massively popular franchise and their first stab into the MMO market; a genre thats popularity would soon reach heights that would surely surpass all expectations. I had a lot of time on my hands as a recent high school graduate not willing to dive right into the college life – staying at home and playing games nonstop had its perks.

However, nothing would prepare me for how invested I’d become in the world I’d come to know as “Vana’diel.” I was hooked from the very beginning, spending an insane amount of time each day exploring this massive world and battling beasts with my friends. Though my adventures there would eventually wane, the long road to max level made the whole experience so special; an experience, in many ways, mirrored in some of the mechanics found in the Xenoblade games I’ve played thus far.

The World Is Your Oyster 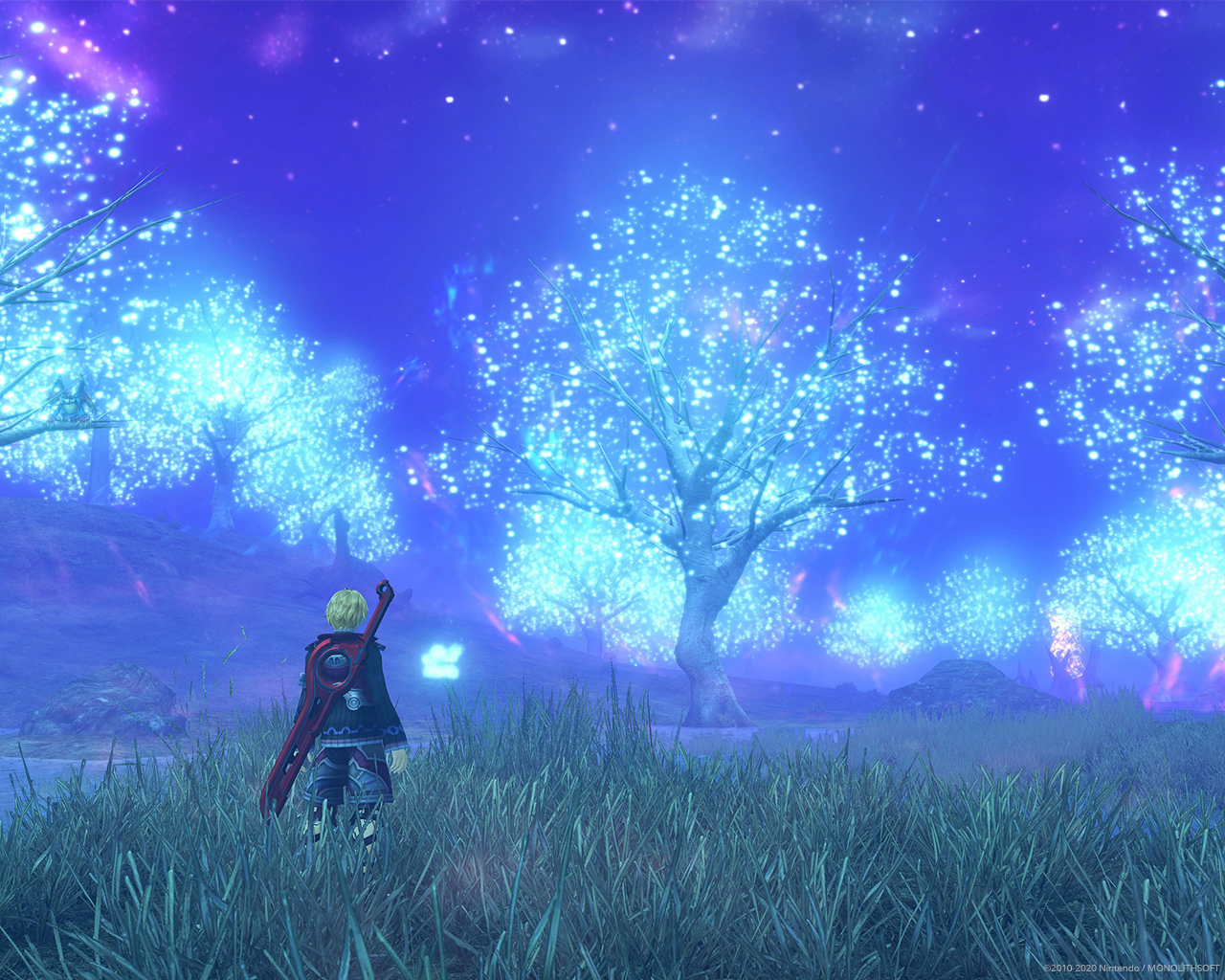 Being (semi) open world games, both Final Fantasy XI and Xenoblade feature massive zones that are segmented in a way as to sidestep their technical limitations while still remaining impressive spectacles. All of the individual areas have their own settings, lore, and are accompanied by appropriately themed visuals and tracks. Xenoblade has some of the best world design I’ve ever seen in any RPG, and though many of FFXI’s zones cannot compete in that regard, both boast truly epic soundtracks. Downtime was a given in the early days of FFXI – especially if you were a Dragoon, like myself – so the music was really all you had to keep you company as you passed time waiting on your next party.

And they did just that – Naoshi Mizuta is one of my favorite composers of all time because of the work he did in FFXI, and I get that same grandiose, emotionally stirring feeling from listening to the zone themes in Xenoblade. The result of all this is a deep level of immersion that just isn’t present by default in all open world games – that genuine desire to soak up everything for the sake of living and breathing in these unbelievably, believable worlds.

Both games extend this realism through their clever use of enemies, their placement, and surrounding design philosophies. Xenoblade takes pride in making the world feel dangerous – any given zone can feature enemies from a wide variety of level ranges, ranks, and aggro mechanics, all of which are things that I’ve always loved about my trips in Vana’diel. You must be aware of your surroundings as to not fall victim to enemies way out of your league, while also making mental note of destinations to visit once you are a more experienced adventurer. There will also be times where the truly adventurous brave certain depths in spite of the potential dangers within, and that is certainly part of the experience, too.

The many unique “named” monsters found in Xenoblade are quite similar to the “notorious monsters” found in Final Fantasy XI, in that both tend to offer far more challenge to the player in comparison to stock foes, especially when faced at an equal level or lower. The extra effort isn’t all for naught, however, as these formidable creatures tend to have better, sometimes unique loot and rewards if you can successfully defeat them. This was especially the case in the early days of FFXI where “NM hunting” was all some players did for hours on end, whether to keep the often-powerful items for themselves or to sell them for a tidy profit. Although Xenoblade isn’t quite on the same level here, the similarities are quite apparent. Regardless, seeking and destroying these named monsters remains one of my favorite things to do in both games. 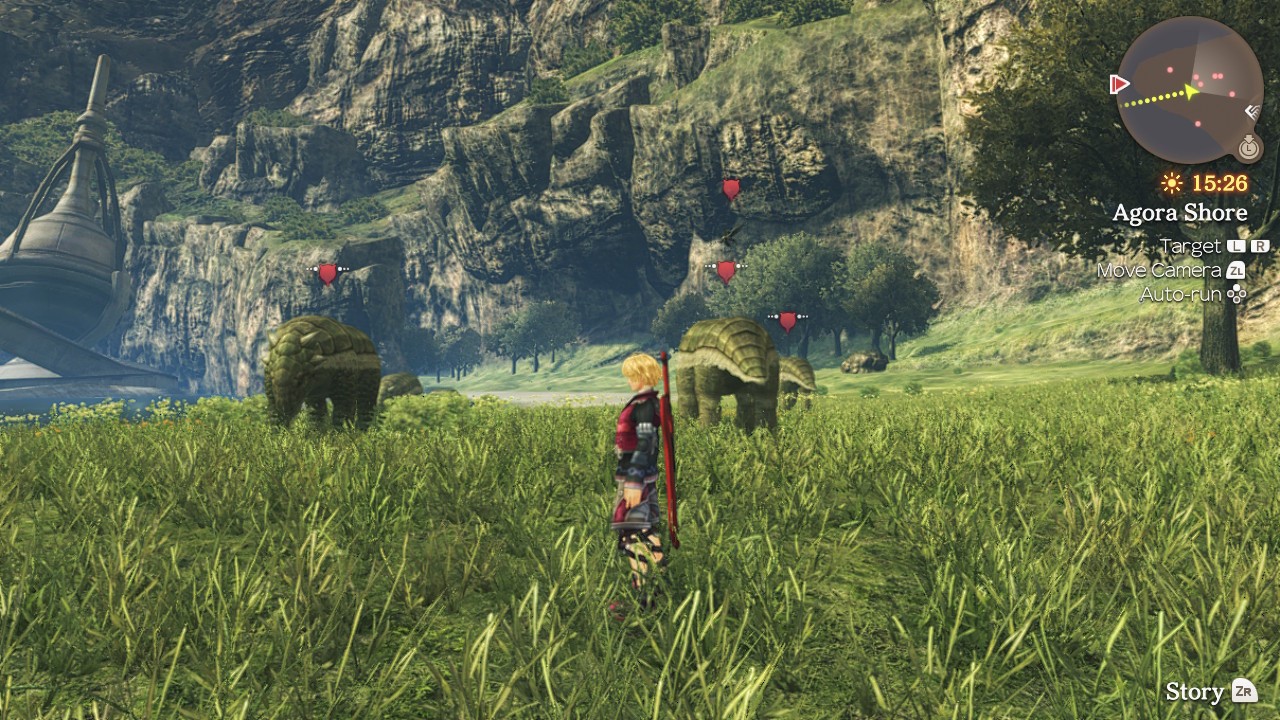 Both Xenoblade and Final Fantasy XI handle character-to-enemy interaction in ways that are criminally underutilized even in the modern age. It isn’t always a matter of just being the first one to strike (or bump into) one another – certain enemies have different ways of detecting the player that makes things a bit more engaging. In Xenoblade, most enemies are either passive (no aggro until attacked) or aggressive by either sight or sound. The “sight and sound” bit may seem like meaningless fluff from the outset, but it actually can add a layer of strategy to traversing areas with particularly dangerous foes.

It is entirely possible, for example, to avoid a high-level enemy that detects by sight if their back is turned away from you, but it may not be as easy when faced with a sound-sensitive creature. Final Fantasy XI also included another branch of detection, scent, that collectively made it so you really didn’t know what to expect in any area before you learned the nuances of each monster class. While such a feature can be downright aggravating at times, particularly when you just want to get from point A to point B as quickly as possible, it plays into that immersion factor quite well.

Aggression mechanics themselves are something you still don’t see in tons of single player games, but have been staples in MMORPGs for decades. The idea of building and deploying a dedicated “tank” character – whose purpose is to take the brunt of damage and keep the attention (or aggro/hate) of all enemies on them – while dancing on that “aggro line” as a strong DPS character is a form of micromanagement that just feels good to execute well. There are even times where it is beneficial for party members to pull enemies off tanks, if only to temporarily “kite” them as to provide a brief respite for heavily wounded tanks to better get back on their feet. Both games provide this to certain degrees, and I love it.

Finally, you have linking enemies and “pulling” mechanics; again, two features often found in MMORPGs but are rather uncommon in single player titles. Final Fantasy XI was notorious for clustering groups of enemies that would attack you as a pack if you chose not to pick them off one at a time. Seeing as the early days of the MMO all but required parties for decent progression, and a single level of progress could take days based on your luck, one bad pull could easily set you back hours of progress. Although Xenoblade doesn’t have this same level of punishment – I’m glad they don’t – it is still nice having to consider whether to pull a rather slippery pack all at once or opt for the safer “stone throwing” solution. I won’t lie, I get serious flashbacks from the early days of Final Fantasy XI whenever I’m separating packs in Xenoblade, but I always have a big grin on my face whenever I do.

By now, I hope that the title of this article makes a bit more sense. I just can’t help but be reminded, in ways, of my adventures in Vana’diel from years ago any time I fire up Xenoblade, and that is a trend that I can only hope follows with each new iteration of this series. Heck, I’m more hopeful now than ever that we eventually see XCX ported to Switch, if only to see how it differs (or adheres) to the other two entries in terms of gameplay. Additionally, this is a reminder that some systems, even the more unorthodox ones, can cross pollinate between single player and MMOs successfully. Many of these features are not exclusive to either game, of course, but remain quite uncommon in the realm of single player experiences. Their inclusion here is why Xenoblade Chronicles Definitive Edition resonates with me so much.

That is all for now, but we will have lots more to share about XCDE soon. Stay tuned for a group discussion and formal review of XCDE in the coming weeks!