Wistful Thoughts of Chrono Cross on the Switch 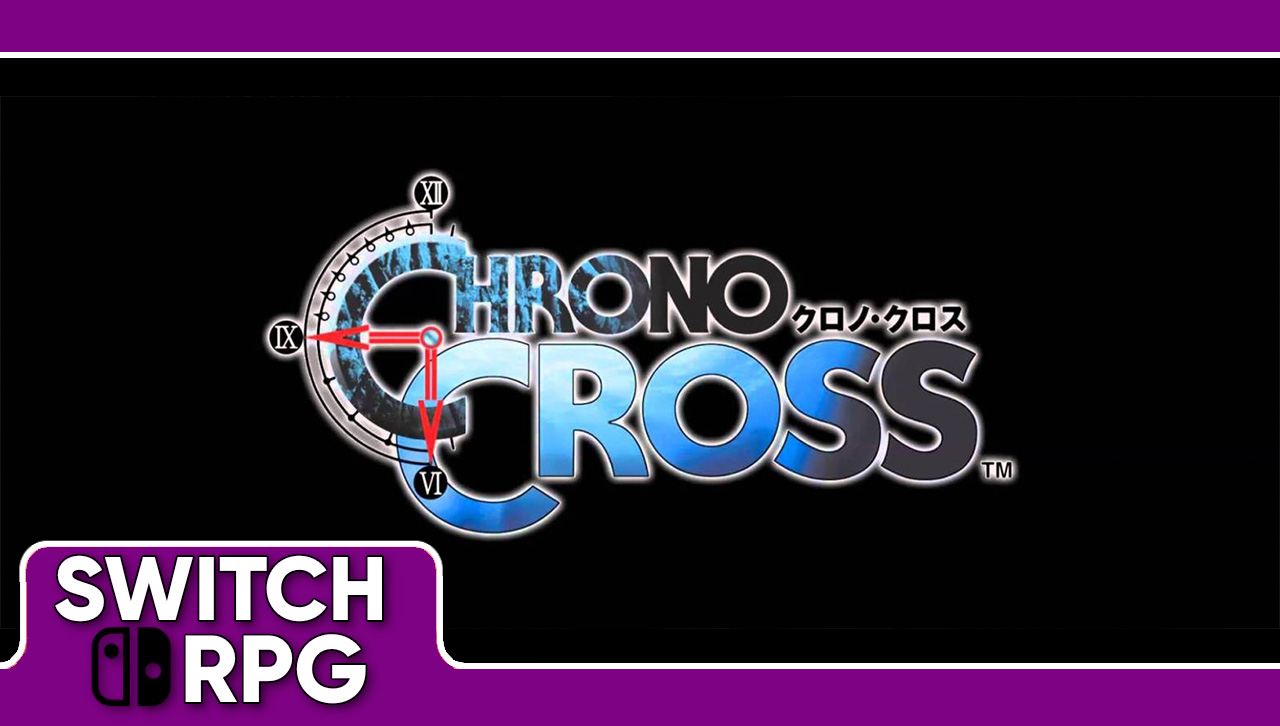 Out of all the consoles I’ve owned, the Switch is probably my favourite (if they resolve the joycon drift issue, I could state this with even more confidence). The first console I ever owned, however, was the original PlayStation; a plain grey machine (an odd color choice, in hindsight) which many of you know well. This meant that I got to play Final Fantasy VII when it released in 1997. I was still just a kid at the time, but I fell in love with the game, and it remains my all time favorite now. Perhaps the odd character models haven’t aged well, but other parts (the story, the striking soundtrack from Nobuo Uematsu, the skillful direction and the background art) are still things that I marvel at when I play.

At one point during those years, around 1999-2001, I visited America on a short holiday with my family. I don’t remember everything well, but there are moments that stand out to me, like the friendly people we encountered, the hot sand on beaches, looking around the huge malls, and enjoying the food courts. During one of these mall trips, I recall being taken to a video game store where my sister showed interest in a new RPG named Chrono Cross. I can’t remember what the man behind the counter said about the game for the most part, but there was one thing he did say that has stayed with me to this day. He told us that he had liked the game to the point that it had made him cry. Even today, thinking about that, it makes me curious. 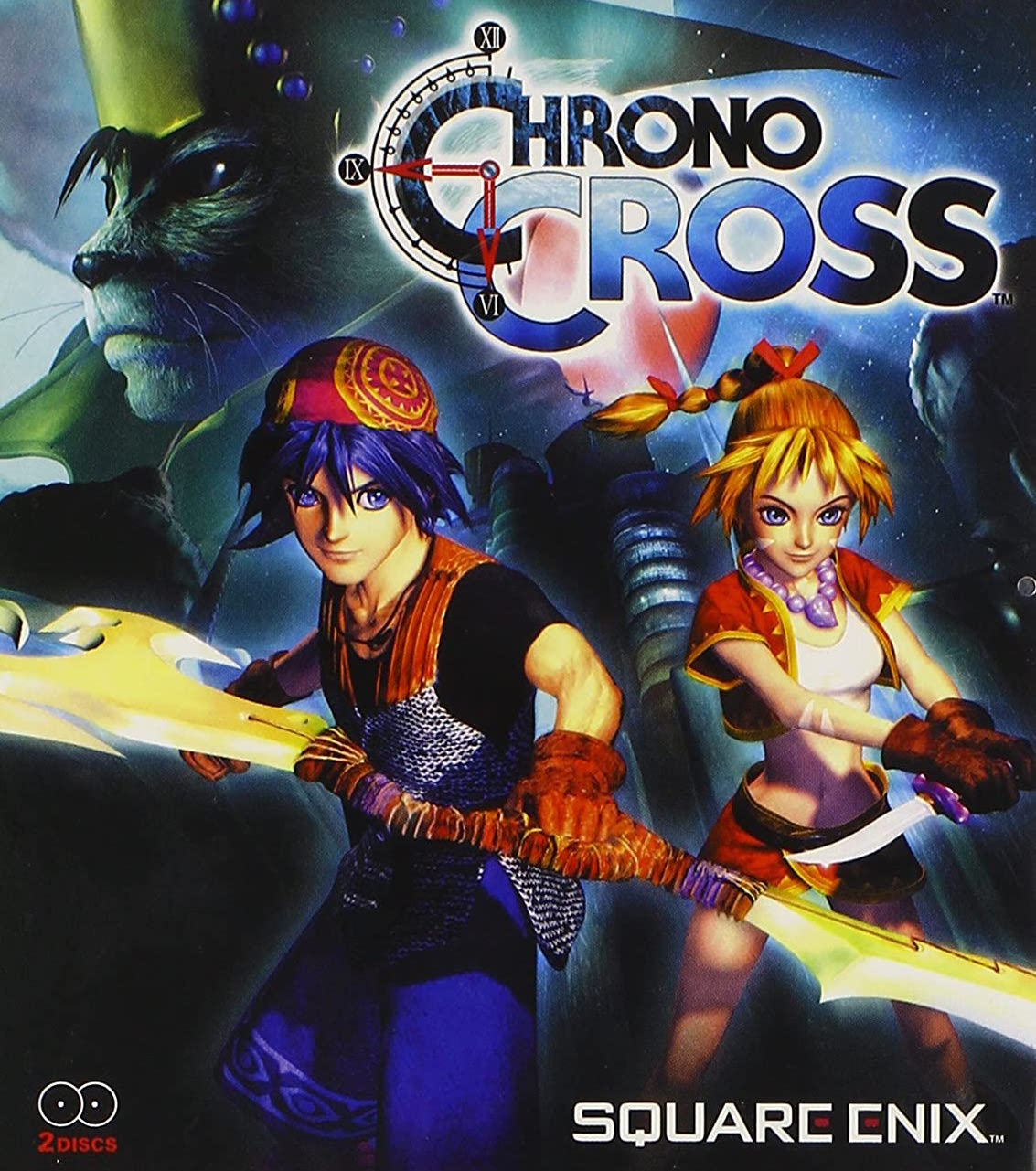 There was, however, no convenient way to play the game on our PlayStation — it was region locked.

We ended up giving up on it, of course. I found myself still hearing about the game again as an adult, however, while I read up on classic RPGs online. People seemed to particularly like the soundtrack by Yasunori Mitsuda, although the game as a whole seemed to have quite a mixed reaction which has lasted until this day. I sampled some of the soundtrack and found it to be just as wonderful as people had claimed, especially On the Beach of Dreams – Another World, The Girl Who Stole The Stars and Scars of Time. Even the track names are great! (I have also seen praise for the visuals, and this seems deserved, too.) Mitsuda’s reputation remains strong even now, years later — the announcement of him joining the team for Sea of Stars was recently met with celebration online.

Unfortunately, Chrono Cross still isn’t available over here in Europe. Perhaps, as with Xenogears (another well-known Japanese RPG that has never released in Europe) it was attempted, but fell through. As far as I know, there are absolutely no plans to bring Chrono Cross to the Switch, or to Europe at all, but as someone who has wanted to play it for a long time, consider this my formal request to see it on the Switch. We’ve waited for quite a while.

Sometimes waiting years to play an older game is worth it. I first played Chrono Trigger around 2010, and I enjoyed the experience, especially the depiction of Frog, one of the more relatable and sympathetic characters that I have seen in any game. (On the note of releasing things on the Switch, the lack of Chrono Trigger is very hard to understand.) Sometimes, the long wait ends up in disappointment, however; I waited to play Shenmue for years, and after trying it recently it left me underwhelmed. What will I think of Chrono Cross if I ever get to play it? Maybe I’ll get to answer that one day.

Are there any old games that you missed out on playing, and would like to try one day? Let us know!

Just emulate on your phone :). It looks perfect on the phone.

Not everyone feels comfortable with the idea of jailbreaking, as it devalues the product in the long-run. Likewise, it’s less the player’s lack of respect for “essential parts of video game life and history,” and more on the industry as a whole. There are many mediums that prioritize preservation more than the video game industry, and that’s something we should attempt to hold them accountable for.

Chrono Cross was my first RPG/JRPG. At the time I didn’t even know Chrono Trigger existed (I played Trigger several years later on the DS). It was and still is one of my favorite games, maybe even my #1. The soundtrack is perfect and the ending theme (Radical Dreamers ~Unstolen Jewel~) was my first time hearing Japanese vocals in a song and it was so amazing and so different at the time that it sticks with me even now.

All square games and all from the now extinct New Age Consoles, advertised in PLAY.

To play them, on your original grey box, you should of bought the ‘Smart Cartridge’ which slotted into the rear of the machine.

It’s on the Switch now 😎