Why I’m Excited for Diablo III On Switch 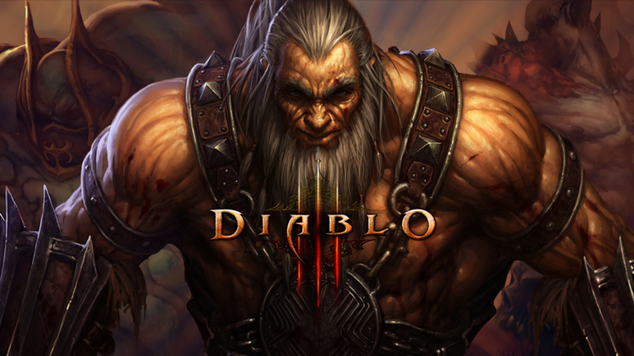 The Switch has developed a fairly robust library since its debut last year. It has been devoid of a solid hack-n-slash lootfest, however, until recently. While titles like Titan Quest are fine (though apparently the console versions of it are not always the best), what the Switch has really needed is something of Diablo or Path of Exile caliber. Blizzard teased us for months about a Diablo III port before finally confirming it a week or so ago as a fall release in 2018.

I have loved the Diablo franchise for a very long time. Some of my earliest online multiplayer memories come from the olden days of Battle.Net in the form of Diablo II. I used to play it for hours on end on a crappy pre-built HP computer back in High School. While the lack of map randomization in Diablo III (vanilla D3, specifically) somewhat killed my loot grinding buzz, I still sank tons of time into the base game and the Reaper of Souls expansion. But I haven’t played Diablo or Path of Exile in ages because I can’t motivate myself to sit in front of my computer long enough to invest ample time into either of them any more.

So obviously, I’m excited for the Switch version of Diablo III. Being able to play on my main TV while also taking it on the go is all kinds of awesome in itself. But that’s really not why I am most excited for it coming to Switch. Rather, I cannot wait to experience it alongside my wife, who is technically not a gamer nor would normally gravitate towards such a game in the first place. She grew up sporadically playing games like Pokemon Snap on N64, but hasn’t really been drawn to anything in recent years. That is, until Breath of the Wild came out and she made my 175 hour playtime look like chump change compared to her 300+ hours. It was both crazy and amazing to see unfold before my eyes, and I’ll never forget how proud I was the few times I went to bed and she was playing, only to wake up six hours later to find her still going at it.

Now, what does that have to do with my excitement for Diablo III? Honestly, she will probably hate how the game looks and plays as a bystander, but I think the couch co-op has the potential to make her go off the deep end just like Breath of the Wild. The fact that we can play together and adjust the difficulty as we see fit is pretty dang cool, and the underlying mechanics of the combat, skill system, and gearing process is easy to learn while also offering depth to veteran players. Now, we did try playing Overcooked together and that was fun, but it frustrated her to no end. She is very competitive and ended up being harder on herself than she should have been when mistakes happened. That’s not to say that Diablo is easy, but again, the ability to tweak the difficulty will go a long way into making it a more enjoyable experience overall. Who knows, she may finally have another game on her Switch profile that isn’t just Zelda or less than an hour played on anything else.

What are you most excited for with Diablo III on Switch?