Welcome to another Weekend Gaming Playlist, where the games are hot, except when their graphical fidelity drops when they are in handheld mode. Then they’re even hotter.

Back when I was in secondary school and even during college, summer was the peak season for catching up on games, especially for longer titles in the role-playing genre. Luckily, the games I’m hoping to catch up on this weekend are varied in nature, but have clear-cut objectives to strive towards.

While it may surprise some to hear that I am continuing to devote time to a game with a three-hundred hour save file, Xenoblade Chronicles 2’s Season Pass has continued to churn out content that is well-worth the return trip. With the recent launch of its Challenge Mode Pack, I’ve gone back into the title to max out Affinity Charts and build proper teams in order to tackle the unique skirmishes that have been added. While some are gimmicky, such as the exciting Ardainian Battleship Scenario where players take control of Jin, others are tricky balancing acts that require precise setups and the proper equipment.

One great aspect of Xenoblade Chronicles 2’s New Game Plus (which may also be a point of ire for others) is that it resets quest completion, meaning every quest in the game can be finished again. This is actually an amazing option for boosting Affinity levels, as many quests give large amounts of Trust. Keeping a handful of these available for maxing out New Game Plus exclusive Blades like T-Elos and the Tornan Blades is great, though leave some open for your Shulk and Fiora once you’ve unlocked them via their Challenge mission. 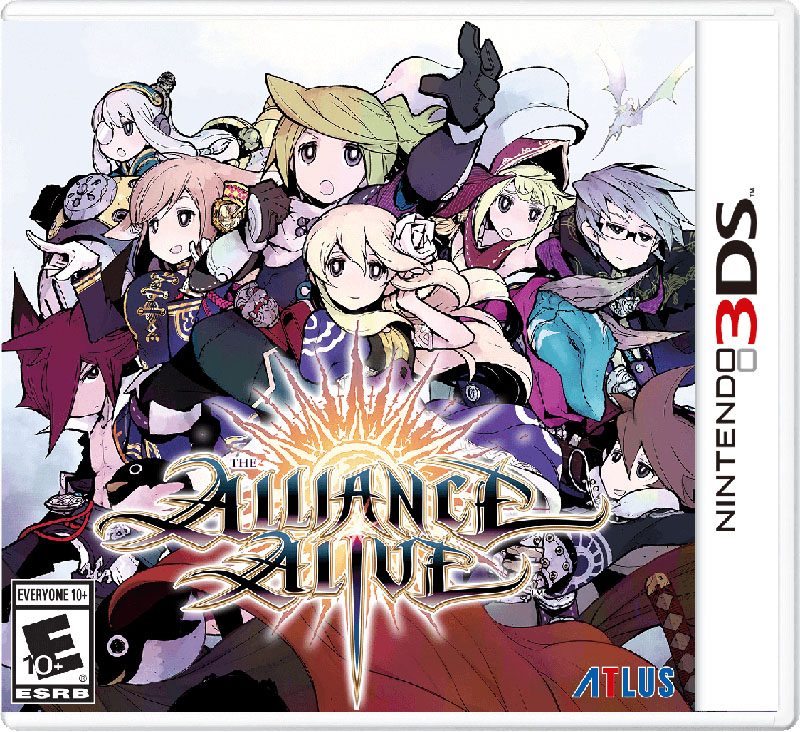 Role-playing games are addictive and approachable because many of them use similar motifs and mechanics. Thief characters play as one would expect, and entering into a labyrinthine cave or dungeon usually signals an approaching boss fight. However, a delightful departure from the norm can be found in the works of FuRyu, a Japanese development studio with a penchant for Role-playing games. Although their latest title, Work x Work, is bound for Switch, their last two titles have made their home on the Nintendo 3DS. While The Legend of Legacy was something of a minimalist, combat-oriented title, its sequel, The Alliance Alive, is an improvement in just about every way.

Though its playable cast is large, The Alliance Alive’s unique character progression system and character species variety makes for a wild amount of customization and strategy. Not only that, but its unique overworld customization offers further combat options and boost rewards. Because it doesn’t have a level-up system in the traditional sense, it can sometimes be difficult to tell whether or not you are fully prepared for the next brutal difficulty curve. Sticking with this title and adjusting to its unfamiliar systems is well-worth the effort, however, and hey, the 3DS deserves some love, too!

If ever there was a title to accidentally fall in love with, it would be this Ubisoft-developed strategy title. While its customization primarily comes from the expansive skill trees, the weaponry on display does require some substantial coin in order to unlock.

Fortunately, while I feel I did get a very good handle on Mario and Rabbid’s combat system, I was not able to achieve the highest rank on every stage in my first run through. This allows a return in order to achieve those ranks and grind currency in order to unlock the highest-level weapons. These weapons are necessary in order to take on the ultra-hard stages that unlock in the post-game, as well as the late co-op campaign levels, which I have been tackling with a friend. After that, it will be time to take one final spin with Donkey Kong and discover the wonders of his Adventure Pack. If you’ve been on the fence about Mario and Rabbids, take it from me: it is absolutely worth the adventure, if only for the final series of boss battles! 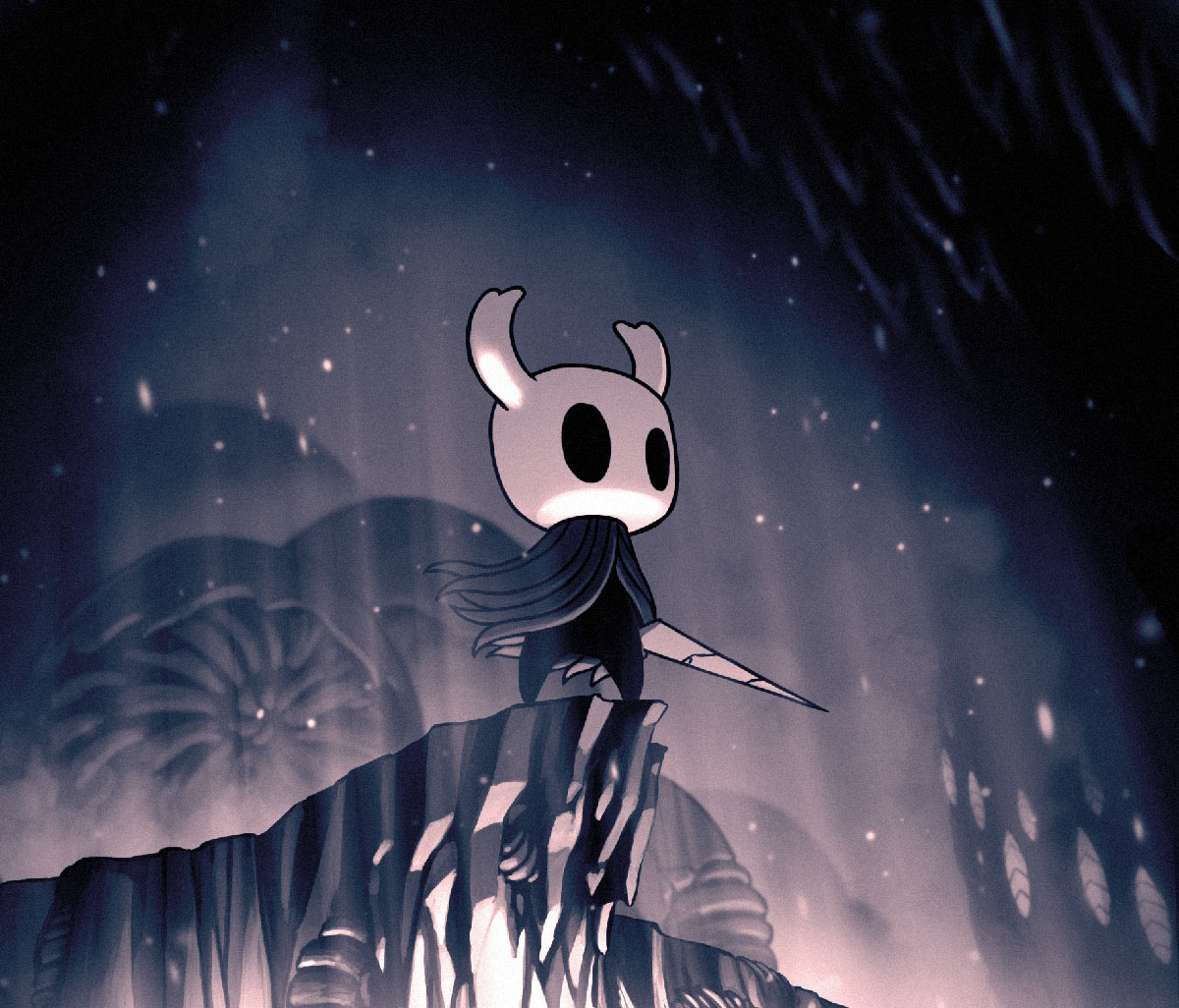 Okay, I’ll admit it. At the time of this article’s composition, I haven’t beaten Hollow Knight. However, it is likely the first thing I am going to pick up after I finish writing, and now is as good a time as any to sing this game’s praises. I am an avid Metroid fan, and the more I return to those titles, the more I fall in love with the subtle presentation of lore and the contemplative sense of isolation. Because of this, I tend to be a bit picky about my Metroidvania, and have often found myself disappointed in titles that emulate Metroid, as many miss the mark due to misunderstandings of the genre. Hollow Knight, however, is the latest title not only to nail down the formula, but even surpass Metroid in some ways.

The game’s aesthetics and environmental design are moody and suit its design sensibilities perfectly- after all, the tube-like corridors of Metroidvania maps evoke the feel of an anthill, so why not take the idea to its logical extreme? In addition to this, its focus on risk and reward in exploration is compelling despite its difficulty. While the game is tough, its soul system almost always guarantees that progress is never lost, and even when circumstances look dire, there are additional back-avenues to be exploited in order to bounce back. The amount of diversity found in the platforming challenges and enemy design is staggering, and each new locale offers exciting opportunity and danger. Simply put, if you don’t own Hollow Knight yet, get it. Though it shares many design tendencies with Metroid, it manages to stand on its own as a grim, difficult, and consistently rewarding game.