Welcome back to the weekend, folks. As I’ve played a lot of Saturday Morning RPG (review soon forthcoming), I’m going to be throwing some other games into the mix this weekend. I’m very curious about who’s played these games and what your thoughts are about them, so please feel free to comment below and let me know how your experiences with them were. 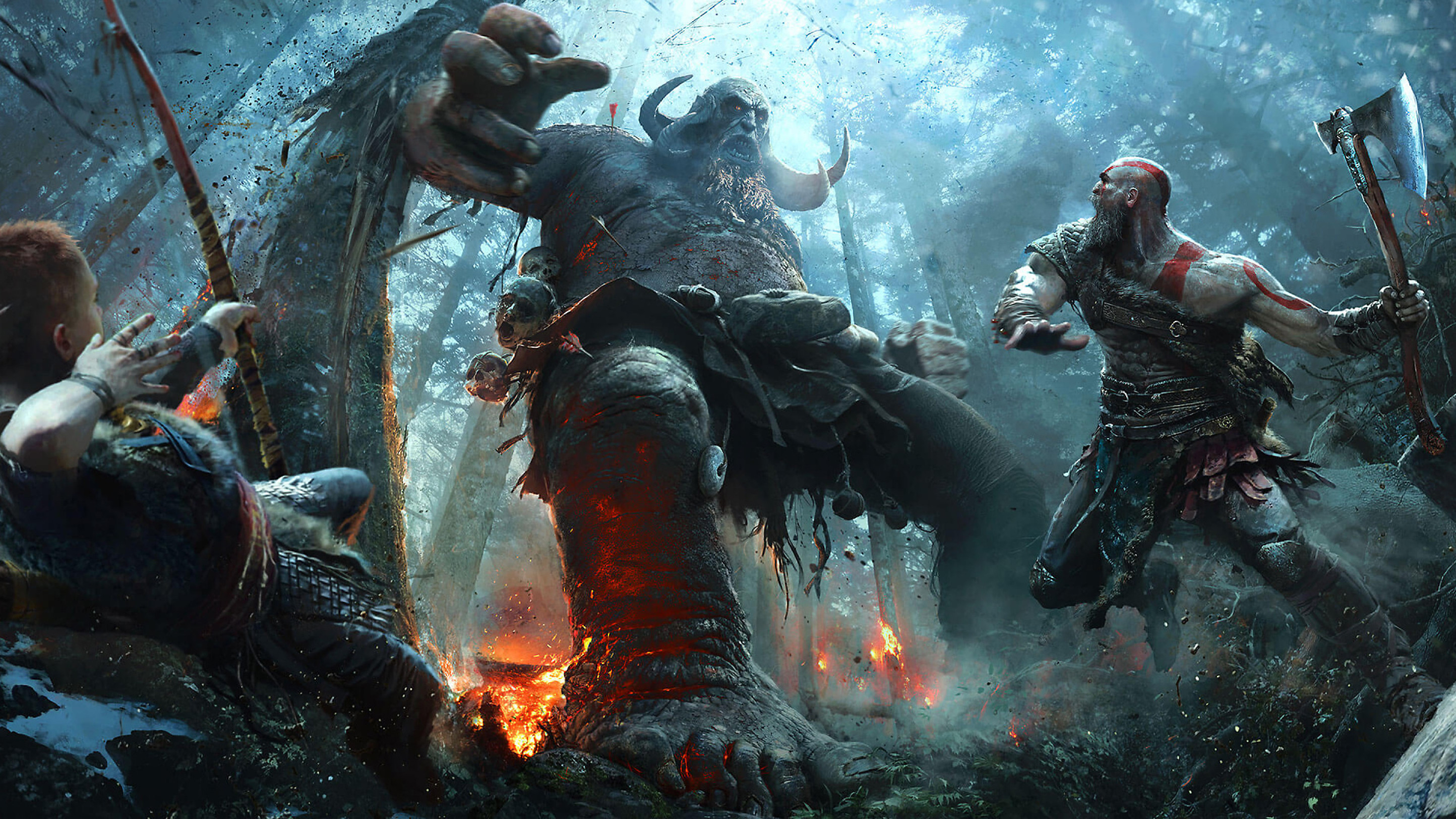 Full disclosure, I never played ANY of the other God of War games in the past. None of them appealed to me due to their apparent thin character progression and narrow plot complexity. This game, however, from the very beginning previews, grabbed me in a way that the past games never did. From a deep complex main character to the interesting connections between the cast, God of War (2018) presents a truly personal story in a believable, fascinating world. Having played a little over halfway, I’m hooked.

While I have followed this series since its rebirth with this game and even watched a playthrough of it on YouTube several years ago, I have never actually played it myself. Let me tell you, it’s been a blast for me. None of the systems are the deepest in the world, but they meld together to make traversing the game fun. In a lot of games, I avoid combat because it’s not as fun as experiencing the story. However, I really enjoy the cover-based combat here, and when things start to go wrong, I have fun with the time-based close combat, especially as soon as you begin to upgrade your weapons to an advanced state.

Like I said, I’m really curious about everyone else’s opinions on these titles. Have you jumped into them? Or are these hard passes?

Have a great weekend, everyone!