Torchlight II and the Loot-based RPG 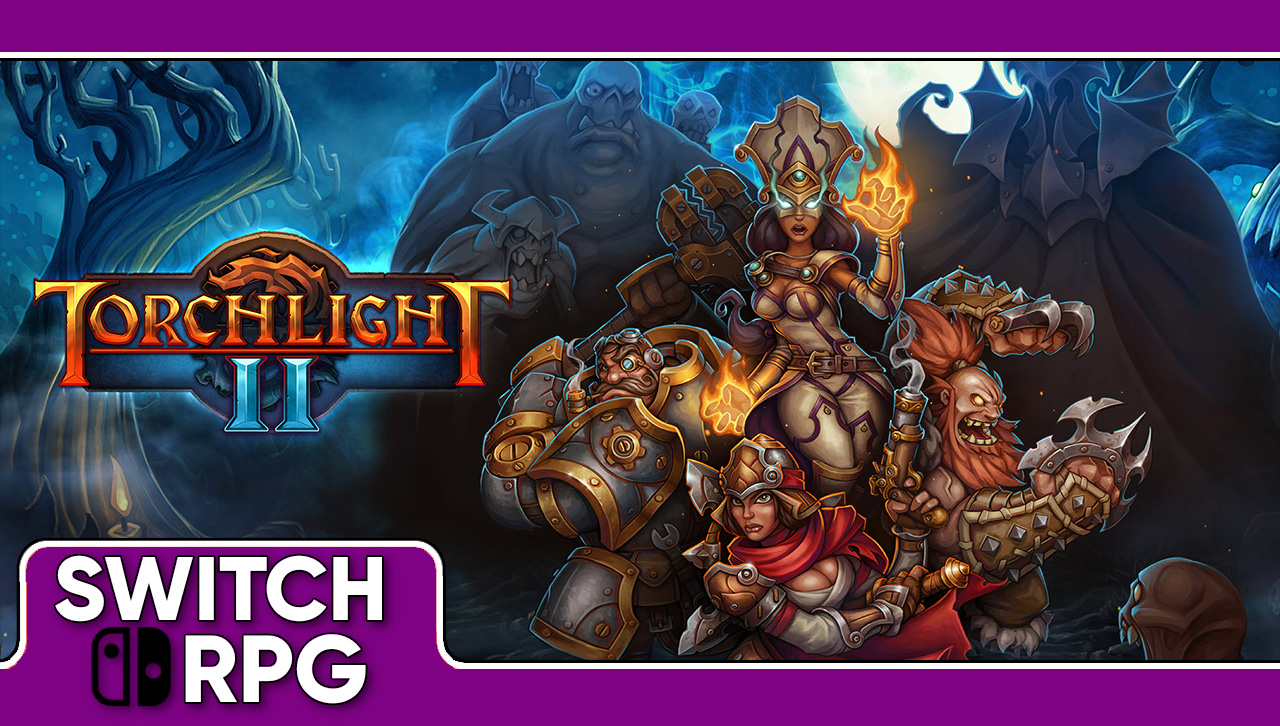 Let’s face it- quarantine has been tough. Though this period of isolation might be an excellent opportunity for some of us to catch up on our backlogs or play some new entries, it can also be difficult for us to maintain social bonds. While this might be easily mitigated for fans of certain video game genres, role-playing games can be a bit more of a tricky matter. Though I’d love to play For the King, a delightful board game RPG, it faces frequent disconnections despite saving progress between turns. Monster Hunter Generations and God Eater 3 are excellent Action RPG titles, but the barrier for entry and gameplay style might be a bit inaccessible for some. Dark Souls and Ashen are fabulous, atmospheric titles, but their idea of co-operative gameplay can be just as frustrating and unapproachable. What even is Pokemon’s online raid gameplay? I could list some other titles, as well as some local co-op experiences that deserve to have online servers (though that can be a tall order). Boy howdy, do I wish Final Fantasy: Crystal Chronicles Remastered was out right about now.

Any one of those options could be feasible for a tried-and-true enthusiast of their respective series, but all that aside, there are still a few more alternatives. Diablo III and The Snack World offer up a different kind of Action RPG- the loot-based, constantly rewarding sort. A similar title is Torchlight II, and while all three feature online multiplayer, I decided to settle on this title in particular, some thanks in part to a generous sale on the eShop. Though I’ve previously played some RPGs with a focus on loot, I’ve never found them particularly engaging, but as they say… desperate times call for desperate measures. Here are some thoughts on Torchlight II, from a relative newcomer to the genre.

Though I’m not entirely certain if this is an overarching feature of the genre, but I’ve experienced some intense input delay in the utilization of my character’s skills. Similarly, because of the length of animations and the relative lack of perceivable collision detection, I don’t feel a great deal of tactile response to my actions in Torchlight. I’ve never been much of a fan of “hold this button to attack” control schemes, but I feel this only further compounds the issue. I’m playing an Engineer, a class that I thought would spend most of its time wielding wrenches and building things, but actually operates as a very tank-ish sort of character- though I still get to build robots, I suppose. 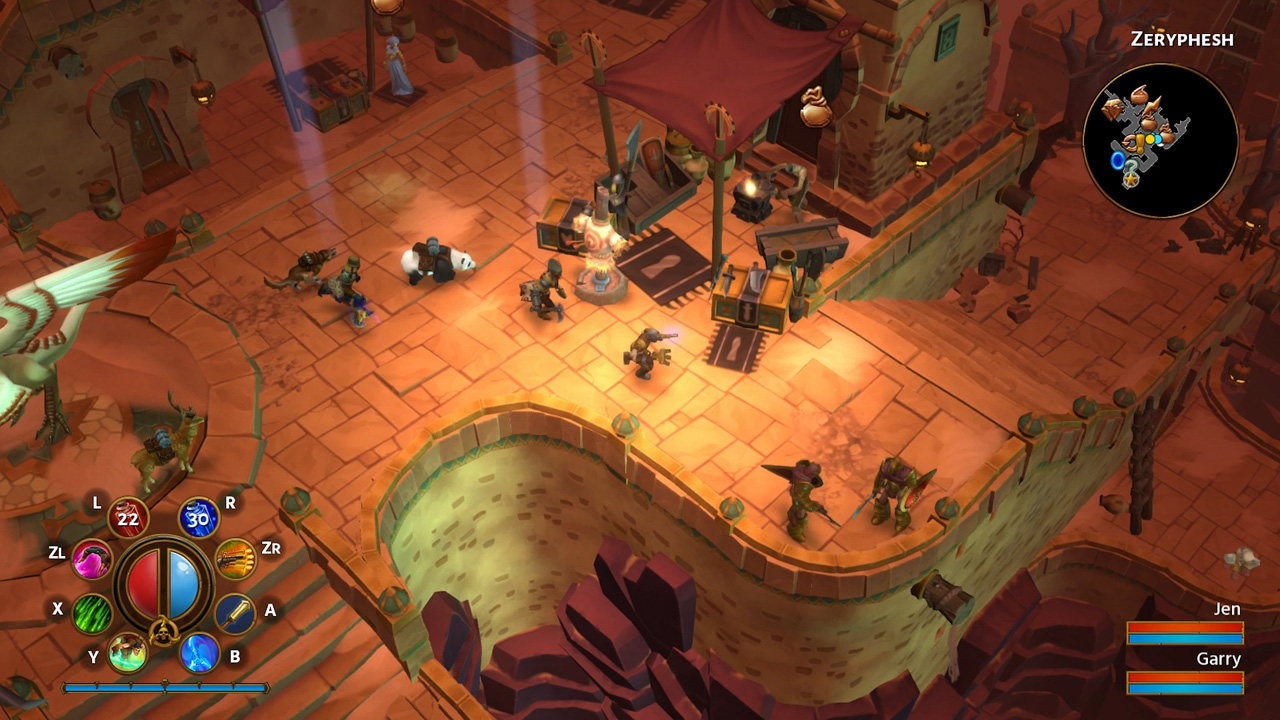 Because I mostly run into battles, hold the A button, and perform a variety of area of effect attacks, I don’t feel the need to navigate around or keep distance from enemies. My co-op partner is playing a ranged character, though, and he… well, really doesn’t have much reason to keep away from enemies, either. I don’t really feel a great deal of interaction with the game, which might be a result of me playing on Normal mode, but… if this is the “normal” play experience, I wonder how engaging this game is is going to feel.

The Obvious Choice = The Right Choice

Loot-based games are loaded with rewards, as treasure chests and boss mobs alike explode into fireworks of gold and items. These items are tiered in such a way that, with each new zone you enter, you’ll be cycling out old equipment for new ones, constantly gaining new items. Depending on your playable class, some of these items might be superfluous. Well, I say “some,” but it should really be “most.” There are a select few rings and belts, however, that might see some swapping out, if only because they rarely add defense in the traditional sense, and instead provide elemental resistances, which are far more impactful. 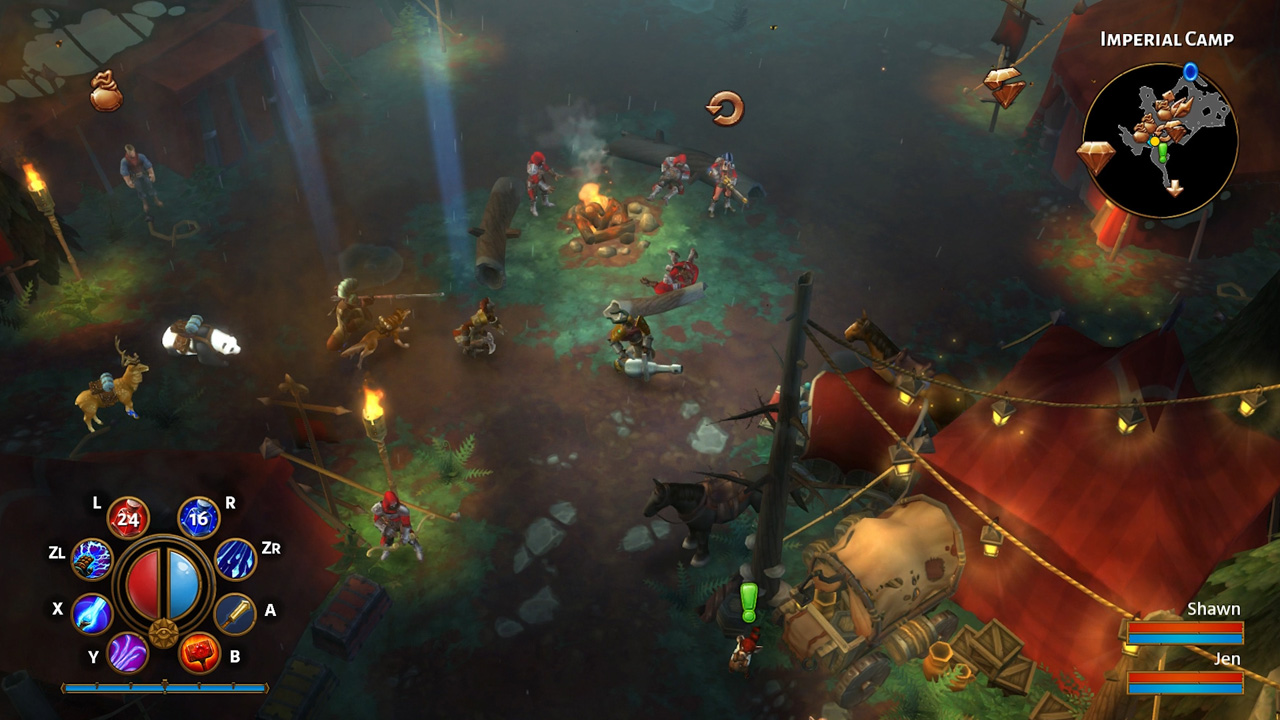 Although I’m playing my co-op campaign on normal difficulty, I find that it’s rare my loadout and skill set is poorly equipped for the trials at hand, and roaming through a certain area often provides the required experience gains for me to keep pace in the game’s dungeons. In other words, I don’t feel any need to seek out certain gear, nor do I necessarily feel that the gear I obtain- the gear that functions with my character, anyway- isn’t suited for the task at hand. I don’t feel as if there are many important choices to be made in the game, other than what I should send my pet back to town with in order to nab some extra cash. Additionally, the game’s currency system seems geared towards keeping players engaged in a co-op system, as you’ll often weigh the amount of money lost upon your infrequent death as the main consequence of staying in the action or respawning further away.

There’s a lot of text in Torchlight II. Many characters have many things to say, and while it often gives some sort of purpose to the quests you’ve taken on, a great deal of it is superfluous. Because of how breakneck the rest of the game’s pacing can feel, these massive text boxes often don’t feel worth the time and effort, especially of you have some twitchy party members who are more concerned with the potential rewards. More noticeable is the relative lack of lore present in dungeons, as a few of the main quest locations have an important NPC or two, but many others are simply generic hidey holes for certain creature types. Your mileage may vary with this observation- if you’re playing Torchlight II in isolation, the game’s text might offer you a nice reprieve from the action, but as far as a co-operative feature, it doesn’t feel warranted and unfortunately doesn’t get appreciated. 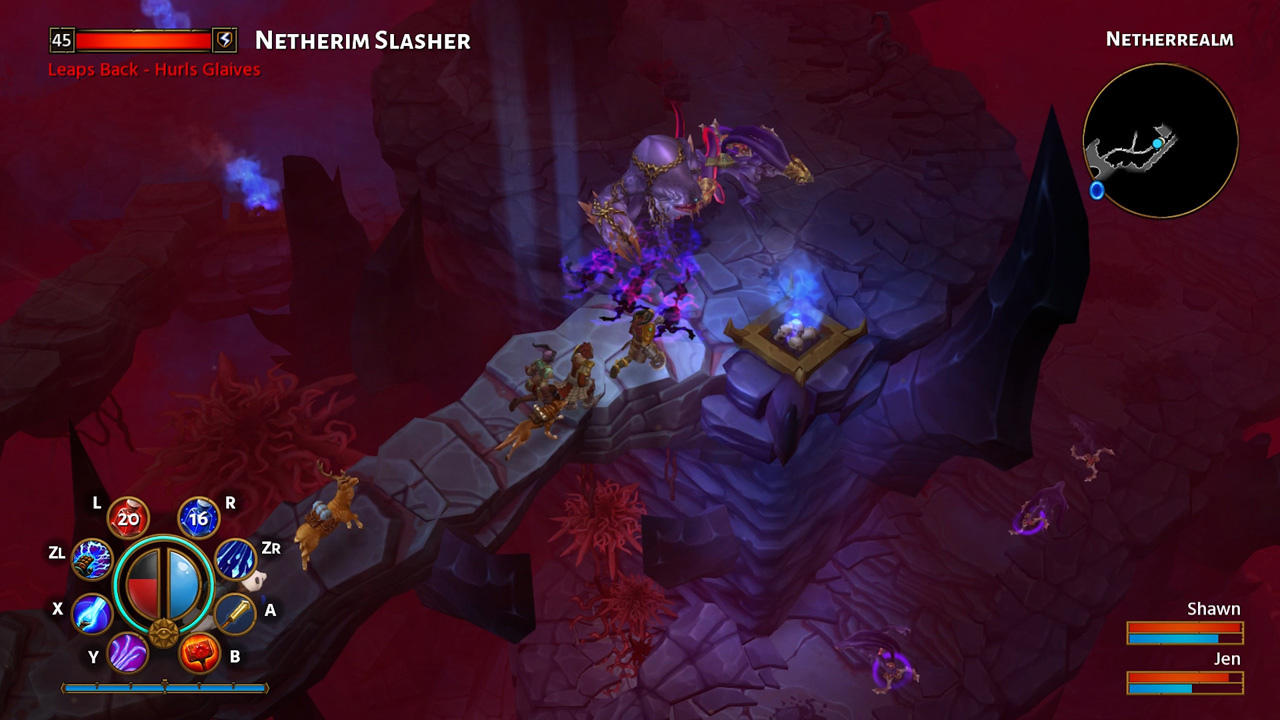 What disappoints me more, however, is that this copious amount of text rarely amounts to much world-building. Sure, there are unique aspects, such as the elemental beasts being manipulated by an alchemist featured in the first game, but the locales aren’t given much more description, other than their generic biome features and the creatures that inhabit them. There’s little wondrous about the environments, serving their theming with basic detail, which seems odd given the unique quality of the playable character classes. Although I feel these environments could use some more personality, I also wonder if that would be developer Runic Games’ highest priority, given the brisk pacing.

Though it may seem like I’m pretty down on Torchlight II and the loot-base dungeon crawler in general, I would be remiss if I didn’t mention that one of my favorite games of all time belongs to the genre and features arguably less complex mechanics and lore: the original WiiWare Pokemon Rumble. The major difference between that title is that it’s all substance and absolutely no style, whereas Torchlight tows a bit of a middle ground between the two. I don’t think this genre is without purpose, and it’s given me an excellent opportunity to connect with people in a relatively low-stress, long-term series of sessions. Whether or not my opinion of Torchlight II will change as I reach higher difficulties, encounter new enemies, or obtain more nuanced loot is anyone’s guess, but I find the experience as a whole to be nice as background noise at best, but questionable in terms of engagement.

Have you experienced Torchlight II, or any other loot-based dungeon crawlers? Any recommendations you’d make within the genre, or experiences you’d like to share? Feel free to comment below, and keep on the lookout for an eventual review here at SwitchRPG.

What you complain about in the article re co-op is EXACTLY how I felt playing Torchlight II and Diablo II. I had to play them solo to experience the game rather than the loot race.

TLII isn’t as good with dialogue/lore as its predecessor, but I feel makes up for it with better class design and environments.