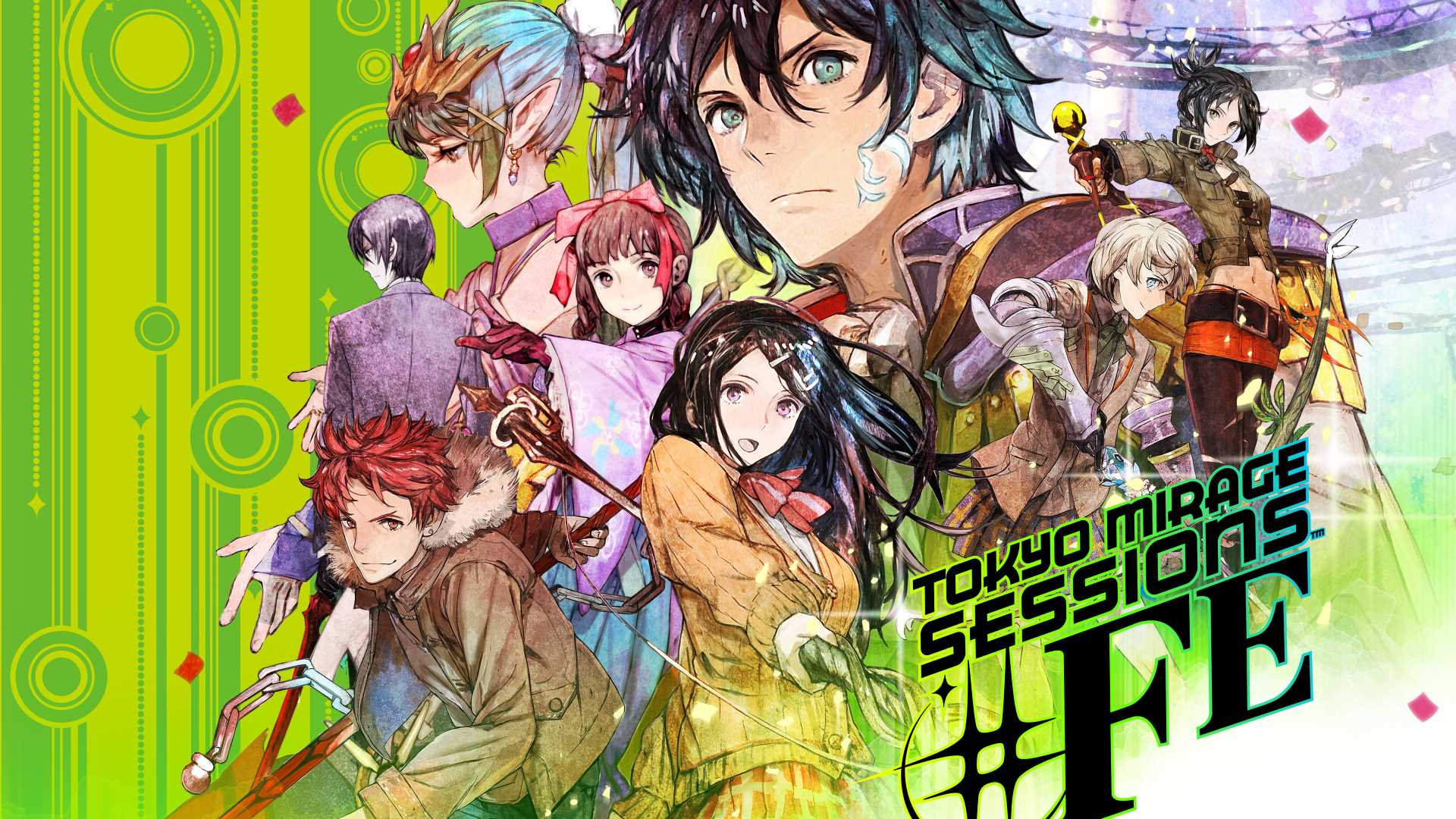 The announcement that Tokyo Mirage Sessions #FE would finally make its appearance on the Nintendo Switch was met with… well, a somewhat lukewarm response. Actually, there’s been very little said about the game except from those who played it back on Wii U, where it received relatively high scores. This continues to surprise me, seeing as the rampant success of Atlus’ Persona 5 should have at least raised some awareness of the developer’s other works. The narrative that developed around Tokyo Mirage Sessions likely has something to do with this, as the game was originally teased with a rather foreboding trailer that showed protagonists from both the Fire Emblem and Shin Megami Tensei series before unveiling a collaboration.

If you’ve never seen a screenshot from Tokyo Mirage Sessions, then you’re likely not aware that “foreboding” is the last word that would come to mind upon viewing the game. Its neon aesthetics, J-pop soundtrack, and unbridled energy are the exact opposite of what fans of both series expected to see when the gameplay was first shown off. Though Atlus has dabbled with the strategy genre in the past with the Devil Survivor series, they opted instead to create a full-length Role-Playing Game combining elements from their own legacy franchise with Intelligent Systems’ strategy giant. The result is a game with the magic and press-turn mechanics of the Shin Megami Tensei titles merged with the characters, weapon triangle, and class changing mechanics of Fire Emblem. And it is a masterpiece.

Again, the idea that this title has received little attention from the Persona fandom is surprising mainly due to the fact that it’s concept is almost exactly that. When Itsuki and his friend Tsubasa visit a karaoke contest, they discover that members of the entertainment industry are draining talented artists of their Performa, an energy that is capable of wonderful- and destructive- possibilities. Fortunately, the two teens are able to summon warriors from the Idolasphere called Mirages- in actuality the spirits of Fire Emblem characters whose endless strife has caused them to take on advanced, warlike forms that barely represent their original designs. The teens are able to use these Mirages as weaponry, donning armor known as a Carnage form, and team up with members of Fortuna Entertainment in order to expose the plot to perhaps destroy Tokyo and plunge the world into chaos. 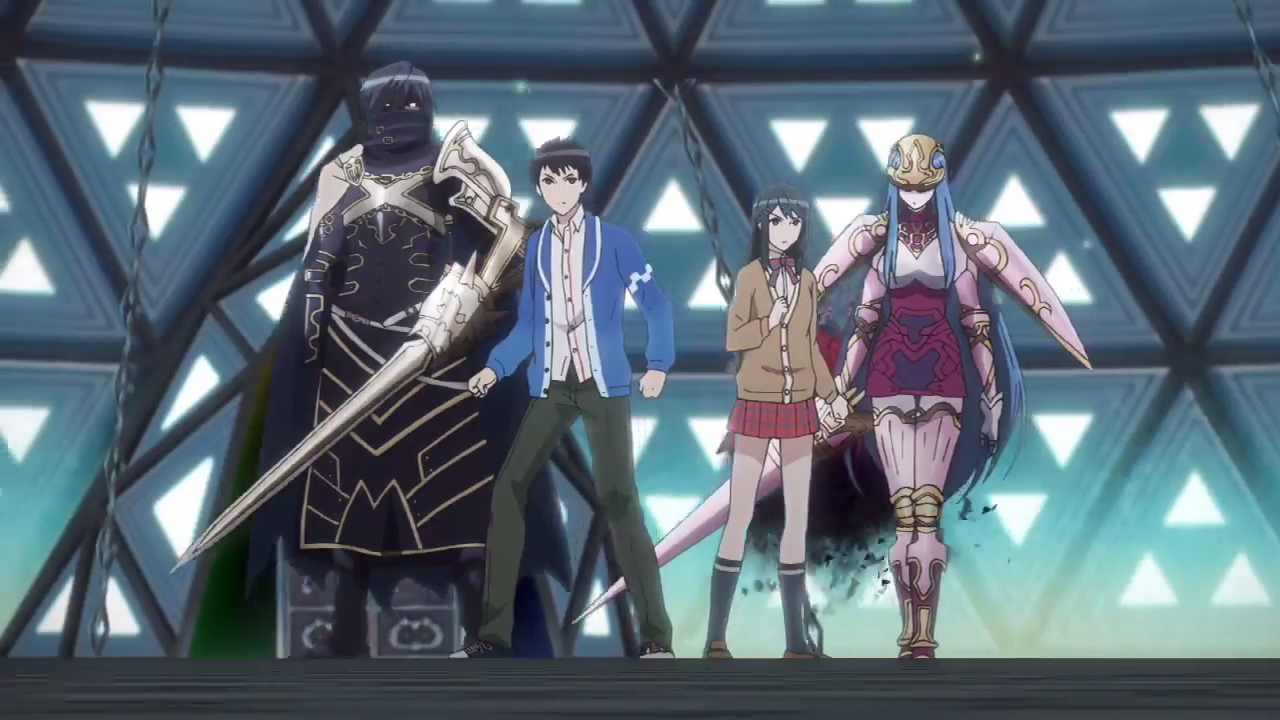 If you blinked, you’d likely miss the dire points of the game’s narrative, as they are shrouded behind a series of absurd scenarios and bright songs that serve as a diversionary illusion. The odd thing is, once you get past its most cliched characters and narrative beats, there’s a great deal of meat to be found in #FE’s Tokyo. Even its ridiculous writing is worth a laugh or two on occasion, as the game plays out like a serialized anime at times in the best and worst ways. But this serialized nature is perfectly encapsulated in Tokyo Mirage Sessions’ dungeon design, which is frankly some of the best you can find in a 3D RPG. To say that the locations Itsuki and his team visit are varied would be an understatement, serving as warped images of Tokyo’s landscape, but each one possesses at least one gimmick that drastically changes the player’s approach.

At its best, Tokyo Mirage Sessions splits its dungeon design into a suitably apt three-act structure: the introduction of a concept, such as cameras that serve as pitfalls or directions given by a show producer, the elaboration on the idea, further complicating the concept by adding multi-floor obstacles, before leading to a boss encounter with higher-level and tougher enemies rounding off the experience. Though all of the game’s dungeons possess the rich coloring present in a great deal of the promotional material, they are highly varied from a topographical standpoint. The 106 Building is vertical and multi-chambered, while Daiba is labyrinthine and looping. The aesthetics are always evocative of the concept behind the location, and offer plenty of dizzying, twisting variety for the player. Make no mistake, care and effort was put into making sure almost every nook and cranny in these locations offers something worthwhile, either via the rare Detritus keys or equipment and materials. 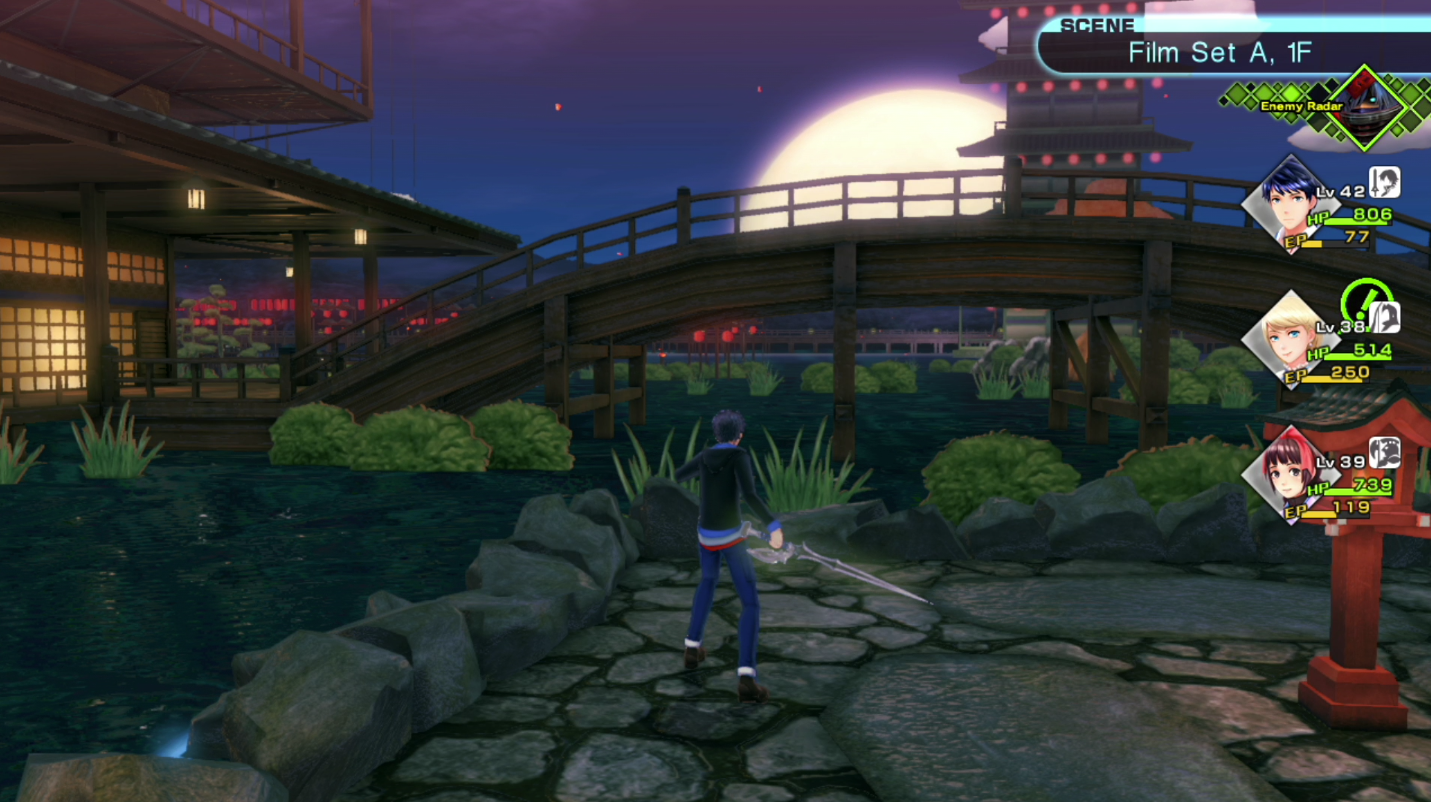 Yes, its idol-based storyline is a bit half-baked, claiming that more practice and a desire to please the crowd will unlock more Performa within the party members, but each narrative twist and subsequent side-story offer wonderful folds on the game’s combat system. Though turn-based, players can activate support “sessions” with other party members if the initial attack is super effective. Sessions build off of one another, so if Tusbasa strikes an enemy with a lance skill, another character may follow up with a session triggered by that weapon. This results in staggering damage once multiple characters (even those not currently active) contribute to an attack chain, which can be further enhanced by powerful ad-lib skills gained via side quests, as well as the powerful duo attacks that can reset the session meter and cause even higher amounts to trigger. While the end result can be an extensive fourteen to twenty-session long attack string, the Encore edition of this game already seems to have the option of fast-forwarding these impressive animations, which are well-worth an initial view, even so. Fire Emblem’s weapon triangle dances hand-in-hand with Shin Megami Tensei’s magic system to create a dynamic and lovely result.

With new features, a new song (from an already addictive and poppy OST), and much more coming to the Switch’s Encore edition, this is a chance to play an even more expanse version of one of Atlus’ best Role-Playing Games. It would be a disservice to call this title a standout Wii U RPG, because… well, the Wii U only had a few. What Tokyo Mirage Sessions represents is a clean combination of turn-based, dungeon-crawling expertise with a healthy re-imagining of Fire Emblem concepts and characters. Do yourself a favor and join in the applause for this well-deserved Encore.