The Terrible Wonders Of Crawl

Watching a trailer for Crawl on the Nintendo Switch eShop may leave the viewer with an unpleasant feeling. This rogue-like party RPG isn’t trying to be pretty – its raspy narrator speaks of losing sanity and humanity, the chunky pixelized graphics are murky and muted, and the whole thing reeks of a horrible time. It’s this griminess that sets Crawl apart from its contemporaries, but it also informs the game’s design in a way that ends up feeling wholly unique from any other RPG, let alone rogue-like, on the system.

Crawl is a game in which players pick a sanity-consuming deity to worship before being tossed into a decrepit dungeon. Depending on whether you’re playing solo or in a group, you’ll be tasked with first fighting off computer-controlled party members, other players, or a mixture of the two in a last-man-standing brawl. One hit means instant death, so this free-for-all is brisk and brutal. Should you emerge victorious, you’ll stagger out of the room and into the depths of the dungeon.

That’s where the game really gets fun.

Crawl is a constant back-and-forth, as the deceased members of your party become specters who can briefly be reborn as the actual monsters within the dungeon. Their choice of worshiped deity determines the three enemy types they can resurrect into, and when they do, the only surviving player gets locked in their current location until they can clean out the room. The game becomes even more hectic as enemy mobs slowly whittle down the surviving player’s health, as whomever lands the killing blow will take that player’s place as the new dungeon crawler. Although living players gain experience upon defeating mobs and can level up, their growth adds wrath to each other player’s monsters, which can be used to evolve the weaker, early-game mobs into truly daunting monstrosities. Likewise, each health point of damage a spectral player deals to the surviving player is added to their inventory as gold, allowing them the chance to buy substantial upgrades.

The ultimate goal of the game is to reach level 10 or higher and kill the dungeon boss, three impressive set-piece creatures whose individual limbs and attacks are controlled by the deceased players. Defeating the boss ensures a win – however, if the group loses three times to the boss, the last person to die is automatically sent to last place, and the other three are ranked based on their wrath, experience, and gold.

Make no mistake, Crawl is a party game, first and foremost. However, its design and mechanics are so deeply ingrained in Role-playing traditions that it is also a difficult title to pick up and play with anyone unfamiliar with the genre. The fact that each weapon shop hosts a number of artifacts, stat-boosting potions, and weaponry might prove overwhelming to a newcomer, especially because of the quick pacing of each game. There comes a point where every player maxes their wrath out and starts pushing to level themselves up in order to take on the boss, which is the endgame that can occur seven-to-ten minutes into a match. Although the matches are fast enough, they can also go by before a player really has their bearings on how to play the game.

Like any rogue-like, however, Crawl becomes more fun and more outrageous with experience. Gaining certain weapons and stat boosts during a run can unlock new traps and hazards, weaponry, and other unique items that are added into future games. This can result in wildly different scenarios as a party becomes accustomed to the gameplay. Likewise, experimenting with certain deities and utilizing wrath in the right ways unlocks new monsters for later games, as well as single-player challenges where one can learn the ropes of a monster before taking it for a spin in the game. Some of the achievements found in the game are absolutely brutal, but they also create one final meta-layer to the group-play: working together with one another in order to ensure a specific player can complete the achievement challenges. It’s a very different sort of experience – much more amicable- but also thoroughly enjoyable while still possessing its own unique demands. 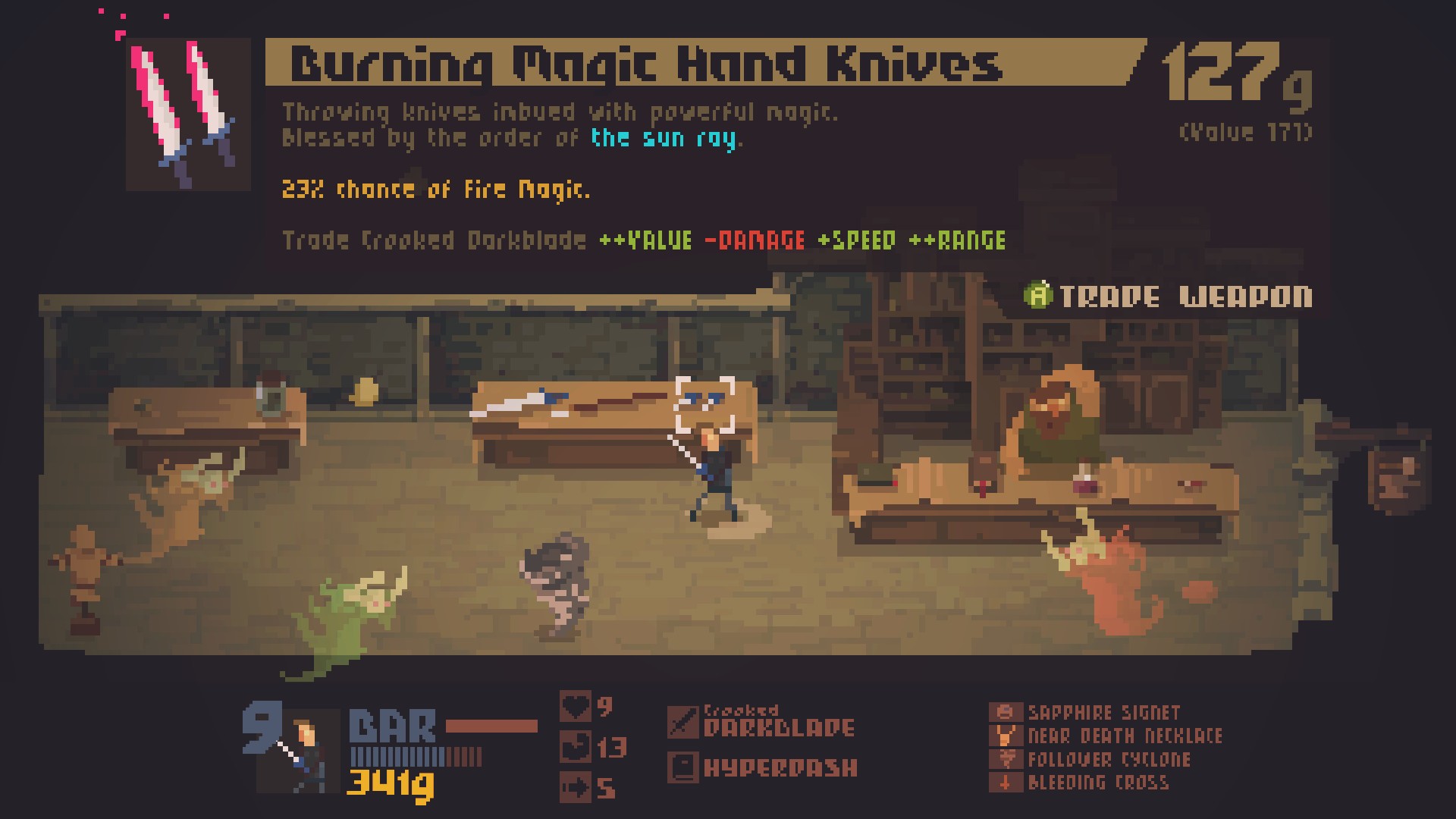 Crawl is not a game for everyone. You need to be comfortable with the rogue-like concept, and what’s more, have at least one other person you feel would be willing to play along in order to get the real effect. The game is at its best when it is competitive – four players pulling out traps, hazards, and a slew of unique monster types in order to crush one another and escape with their sanity. Should you be willing to introduce a potential Role-playing enthusiast or current-fan to a new and different sort of multiplayer experience, this title may just worm… no, wait, sorry. Crawl its way into your heart.