The Puzzling Case of Paper Mario 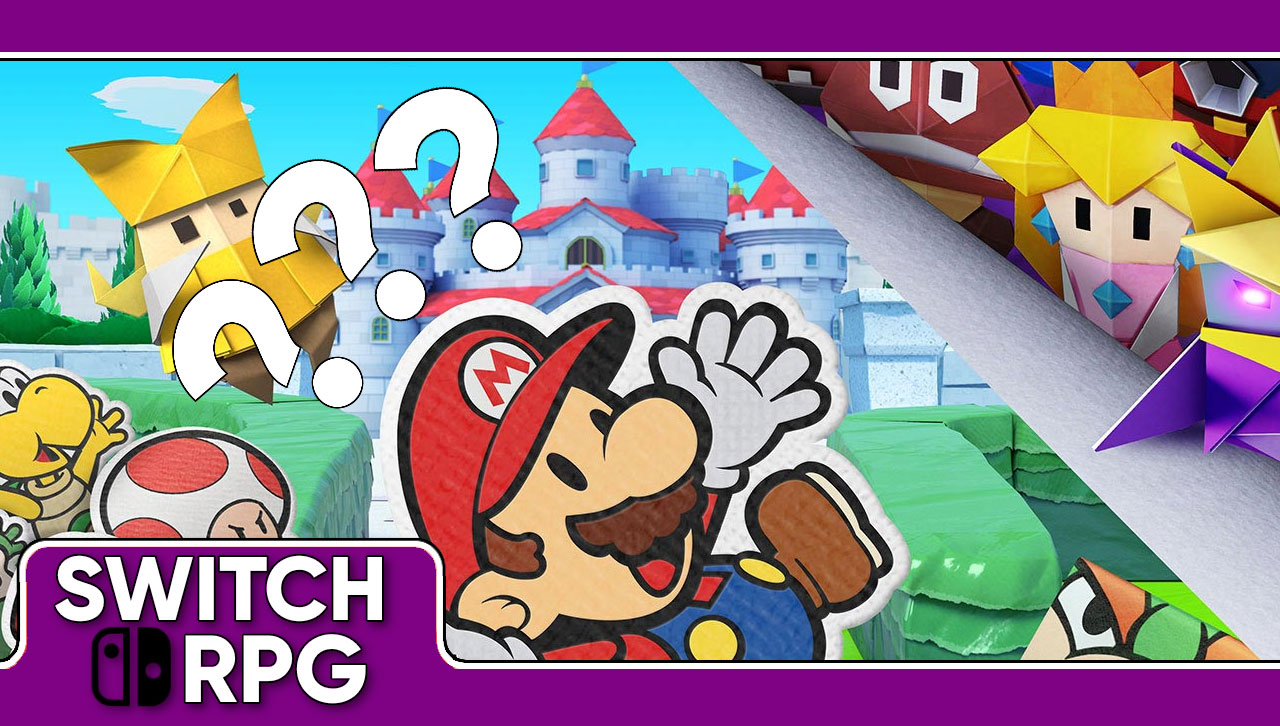 With more and more impressions coming out and some degree of positive reception being generated in regards to the soon-to-be-released Origami King, the general consensus seems to be that the latest Paper Mario game… is not an RPG. Well, it’s an RPG lacking in features, at least. The Origami King continues the trend of Paper Mario titles being more puzzle-focused than offering a simplified twist on RPG staples, which is disappointing to some and not much of a bother for others. Neither side is necessarily in the wrong, though we’re now at the point where there are more non-RPG Paper Mario titles exist than those that adhere to RPG design. For clarification, this is the tally:

Some might debate this categorization, and some might also say that certain titles vary in quality more than others, for various reasons. What some people once valued in the series is no longer present, and what remains is a number of titles with extremely high presentation value and gameplay that can prove rewarding or problematic. A huge part of this is most certainly the change in directors and producers, with Ryota Kawade helming the first three installments as director and Kensuke Tanabe joining the series as a producer with Super Paper Mario, the first installment to feel like a drastic departure in terms of mechanics. These sorts of changes and the intent of the developers and producers are things that are outside of the control of the target audience, and in many ways, the blend of storytelling that seems inherent in Kawade’s titles and the simplified mechanics of the Tanabe-produced titles seems best exemplified in Super Paper Mario. While it might seem easy to say that the presence of one individual or the lack of another is the end-all reason for a change in direction, things are often never as simple as just this. 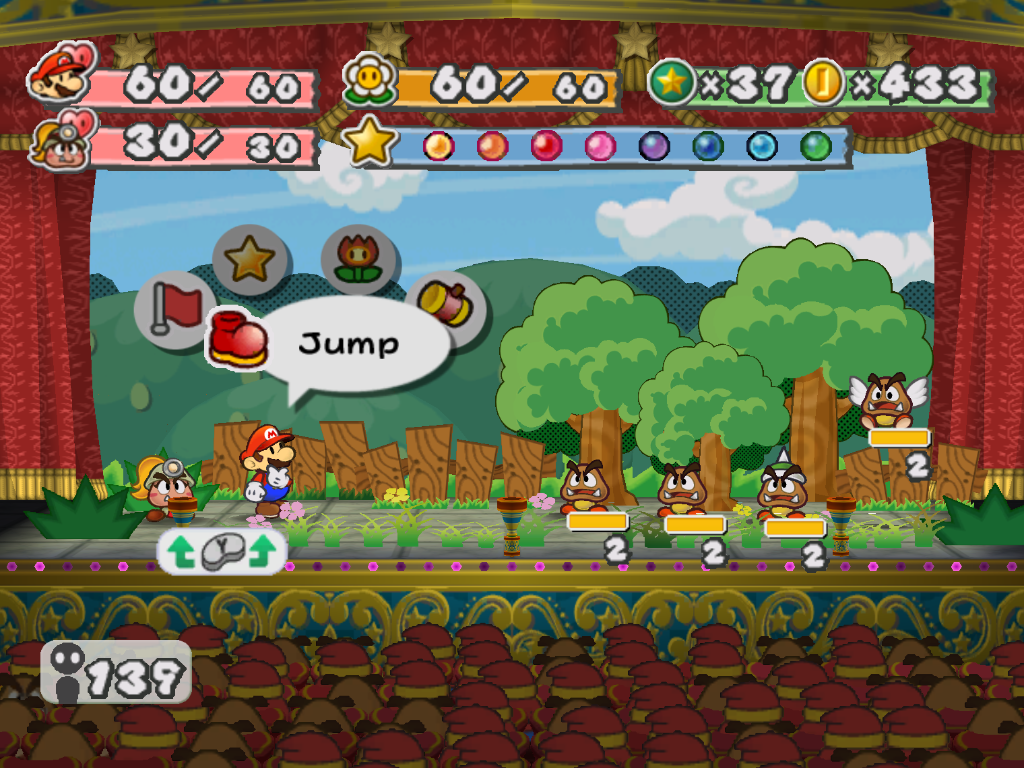 To say that Paper Mario is a series with an enthusiastic fanbase is most certainly true, though they express their enthusiasm and respond to specific elements in very different ways. As a fan of the first two Paper Mario titles rather than the more recent offerings, I can’t say I’m all that pleased with the direction of the series, but what upsets me more is the dissent I’ve witnessed on social media and comment areas regarding the split nature of the fanbase. It isn’t fair to say that one camp is “more right” about the direction of the series than the other, though in the same vein, it’s most certainly inaccurate to claim that one side is more civil than the other. I can only speak for the negative comments I’ve seen in relation to my own side: people expressing exhaustion with the endless barrage of complaints older fans have with the new direction, titles like “thousand-year olds,” but that should by no means be an indicator that we’re the victims. Some people are fine with Paper Mario being the series it is today, and to say that they’re wrong for enjoying a game is kind of the antithesis for why we unite to discuss and enjoy video games, in general.

With all this debate and dissatisfaction about what kind of people even enjoy the Paper Mario series, I wanted to try to find some element that is worth celebrating about all of them. Some series-defining aspect that feels representative of every single entry, if possible. Doing so is a difficult task, however, because of the mechanic shift as the series has progressed. In many ways, it forced me to rethink what a constant might be, in regards to a video game mechanic. Maybe it’s not even gameplay that unites us, as you’ll soon discover… 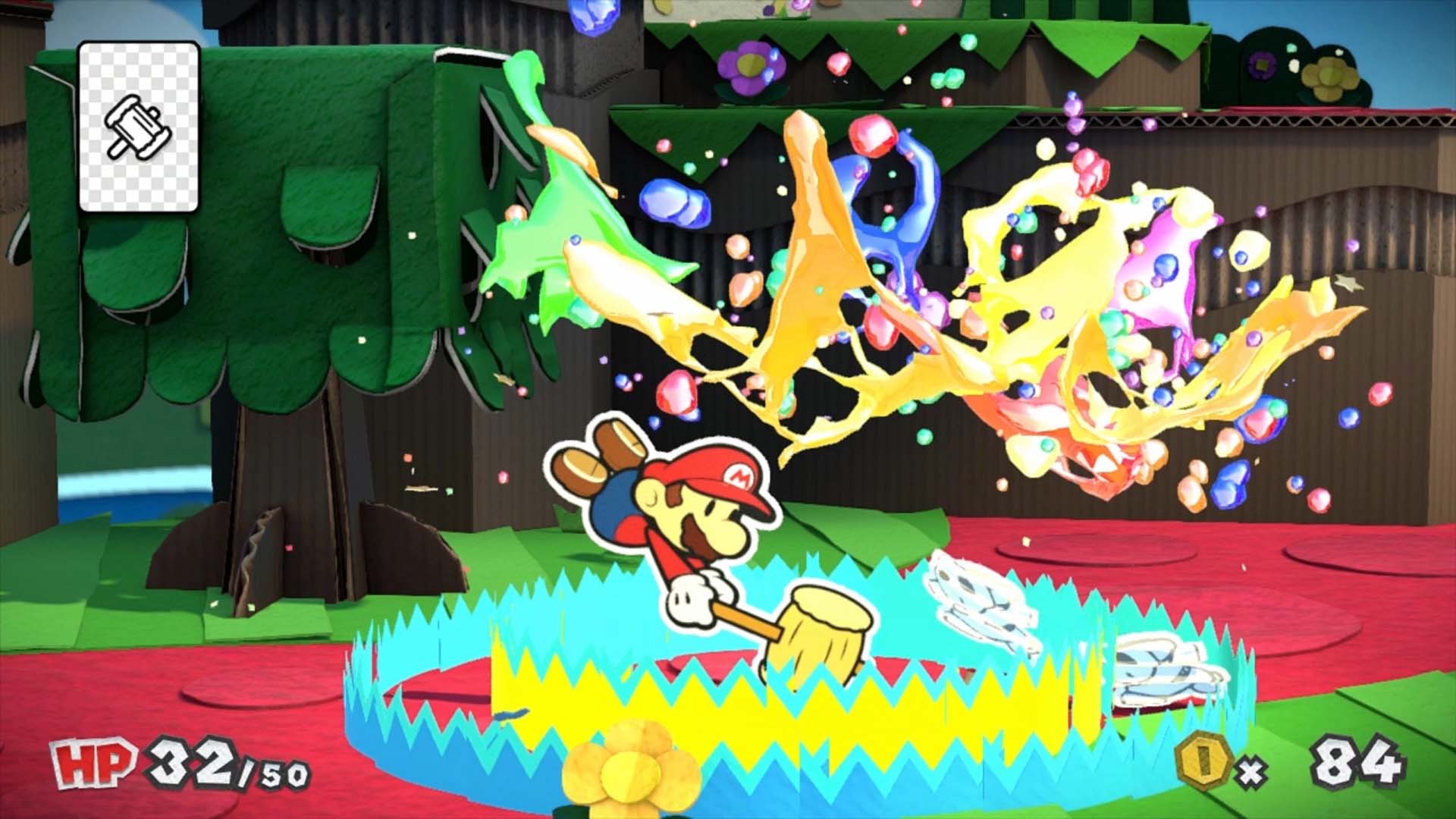 I’ve played The Thousand Year Door enough times that I can complete an entire run without entering an inn, which means I can pretty much enter any battle with a sense of confidence. The first three games relied heavily on using Tattle in order to uncover specific enemy gimmicks, providing hints and resources that were invaluable. Though the first two Paper Mario titles certainly did focus more on character building, it’s not a stretch to say that its battles required a certain degree of puzzle solving, which could be circumvented with certain badges and attacks. Each enemy in the older Paper Mario titles had some sort of specific point of exposure, whether that was jumping on them to flip them over or knock off their wings, or smacking them with a hammer in order to avoid taking spiked damage. This usually factors into the efficiency of a playthrough, which has taken a greater focus with the expendable attack options in more recent titles like Sticker Star and Color Splash. These games also take this idea to its logical extreme with bossess that can be defeated with specific Things, further accentuating the puzzle-solving, or perhaps precise approach, of the gameplay design. Dungeons and/or environments have always had a puzzle-solving element to them, as well. 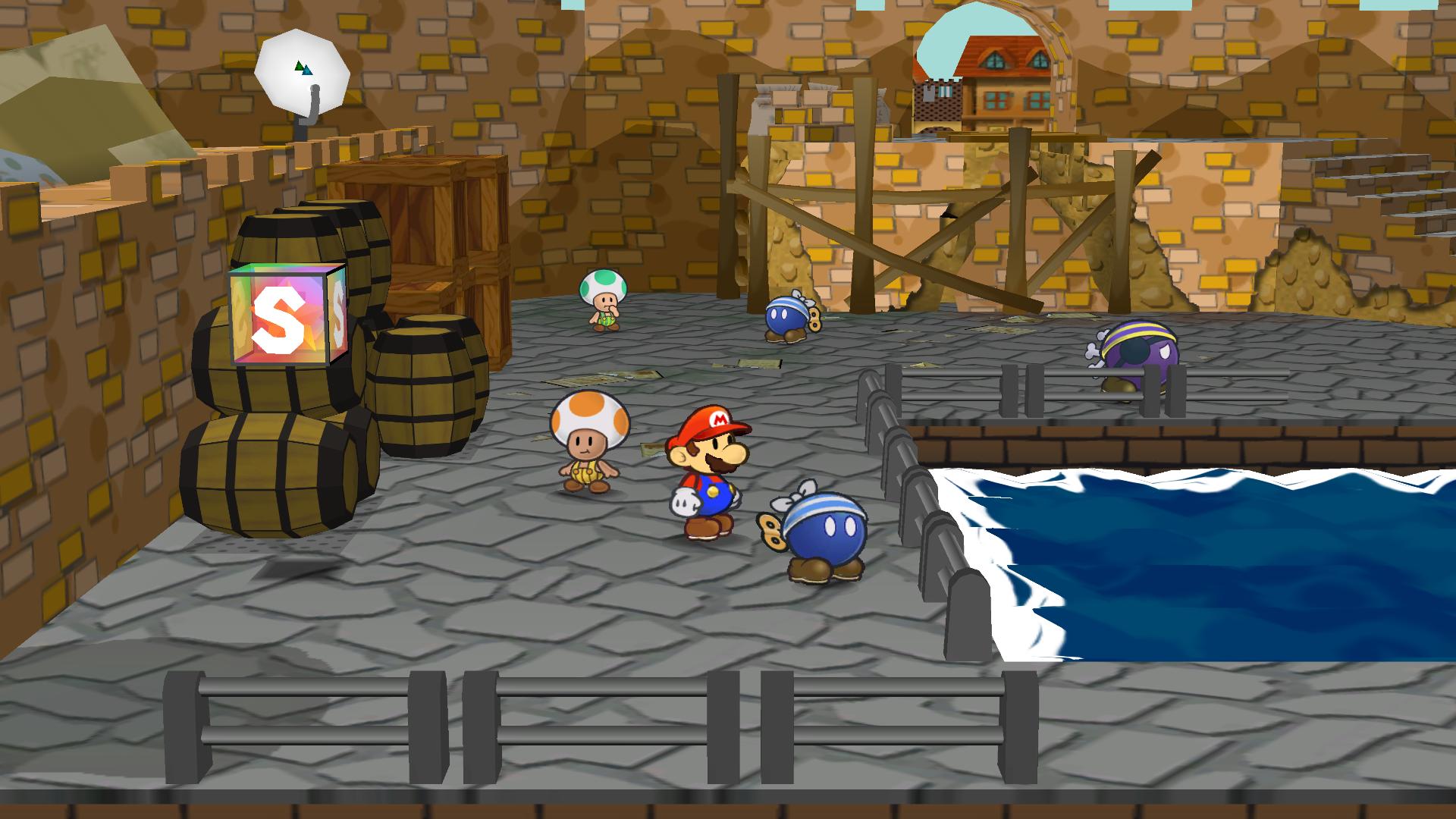 As much as I dislike the more recent Paper Mario games using stationary and paper-themed elements as world-building concepts, the title of the series is… Paper Mario. Though the earlier installments used this as a storytelling device, with the games functioning more as pop-up storybooks about Mario’s escapades, the idea that Paper Mario lives in a paper universe was something implied in Sticker Star and Color Splash, and then fully confirmed with Paper Jam.

Rather than focus on this contentious element, I’d instead like to champion the aesthetics of Paper Mario’s character design. We all know and love the fantastical designs of the Mario universe, but the smartly-designed, simplified versions of these characters in their paper form is something that is just too cute and charming to ignore. Unlike the designs featured in Good Feel’s Kirby and Yoshi efforts, however, the Paper aesthetic has become so beloved and endearing that it has remained relatively constant throughout each installment, with new characters like Bowser Jr. and the Koopalings receiving paperized designs, as well as enemy types like Spike, who wasn’t featured in earlier titles. While older titles took classic designs and gave them a twist, resulting in memorable characters like Goombella, Parakarry, and Admiral Bobbery, the more recent shiny and color-drained variations of classic characters are quite novel, as well. 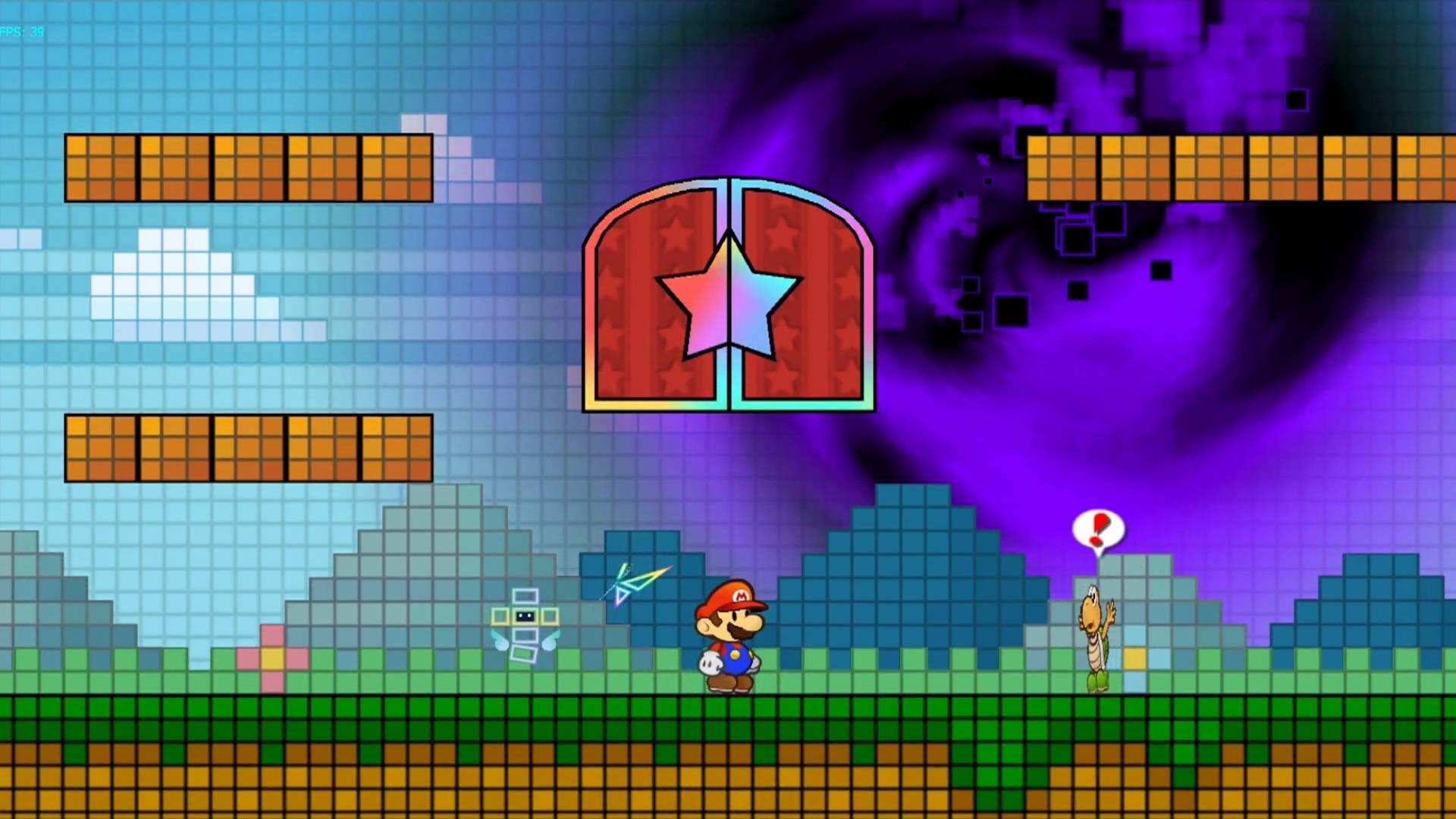 Though the overarching narratives of Paper Mario have simplified in more recent entries, the series’ hallmark Treehouse localization efforts have never failed to delight. There’s a certain whimsical, tongue-in-cheek tone to the way Paper Mario characters speak, both self-aware and strangely earnest, all at the same time. Earlier games allowed for dialogue options that resulted in silly character interactions, and as the series has progressed, the silly nature of scenarios like the trivia challenge of Snifit or Whiffit has only added more absurdity to the whacky world of Paper Mario. While nothing will ever top the bizarre Pianta mafia featured in The Thousand Year Door, disco-dancing Boos and plenty of smack-talking characters from across the series have made Paper Mario a joy to read, at the least.

These are elements that I believe any fan of Paper Mario can find themselves agreeing with, though to be honest, I’m not sure much more can be said about each of them, respectively. They’re relaitvely borad categorizations to begin with, which is definitely for the sake of them being agreeable, but delving into any of them reveals their contentious nature. Puzzling battles in earlier titles required more nuanced approach because of the variety of attack options offered thanks to partners, aesthetics have become more homogenized in more recent entries due to the focus on the stationary gimmicks of each title, and the writing has evolved with the onset of new communication methods just as much as it has taken a back seat to new gameplay ideas.

“I don’t think that anyone wants to start a fight about Paper Mario” is a statement I wish I could say, but fans of the RPG-era of the games have become more outspoken, just as those willing to try something new are willing to push back. The further we stray from the RPG mechanics of the first two titles, however, the more likely it seems that Paper Mario will continue to evolve as a series with no reverence for its initial offerings, and that isn’t necessarily a bad thing. There are other games out there attempting to recreate the magic of the older Paper Mario titles, such as the recently-reviewed Bug Fables: The Everlasting Sapling. I just wish that people would focus more on what makes these games enjoyable rather than what makes them disappointing, as the discussion of each installment’s strengths is likely to prove more constructive than harping on their flaws.

With that being said, we’re planning on putting out a series of articles covering the Paper Mario games in due time, so we hope that you’ll look forward to them. Which Paper Mario installment is your favorite? Do you agree with the series staples featured in this list? Any ideas you’d like to add? Feel free to share your thoughts in the comment section below.