The Importance of Classic Overworld Design in RPGs

As graphical fidelity has increased over the years, there has been an obvious decrease in RPGs that feature that old-school, overworld design akin to the earlier Final Fantasy titles. What’s even more interesting is that it still remains somewhat of an anomaly despite the “throwback” or “retro-inspired” RPGs being on the rise in recent years, especially amongst the indie scene. So why is it that the classic approach to overworlds is glossed over in favor of other avenues? Before I state a few reasons why I prefer the old style overworlds in my games, let me explain the different types of them so that you may better understand my point of view.

My preferred type of overworld consists of a zoomed out perspective, where the player character moves around at will and can zone into other sections of the game. Often, the character will move around at the same speed on the overworld as they do within any individual map, but I actually prefer the few games that utilize a slower movement because it helps further bring about that sense of grandeur. Random battles are preferred, of course, but I would take visible, engageable enemies on the map as well. This is what I would consider a classic overworld design. 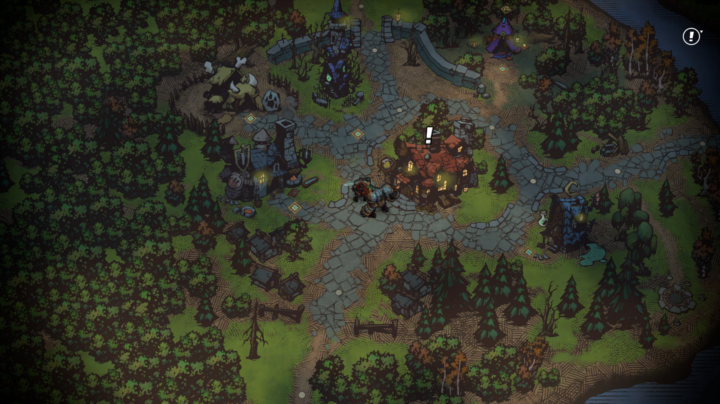 There are spinoffs, if you will, of that classic overworld design too. For example, Battle Chasers: Nightwar uses a zoomed out overworld design but limits your movement around it in a point-based fashion. While this design still provides a reference to scale, the limited movement feels a little too “on-the-rails” for my tastes. 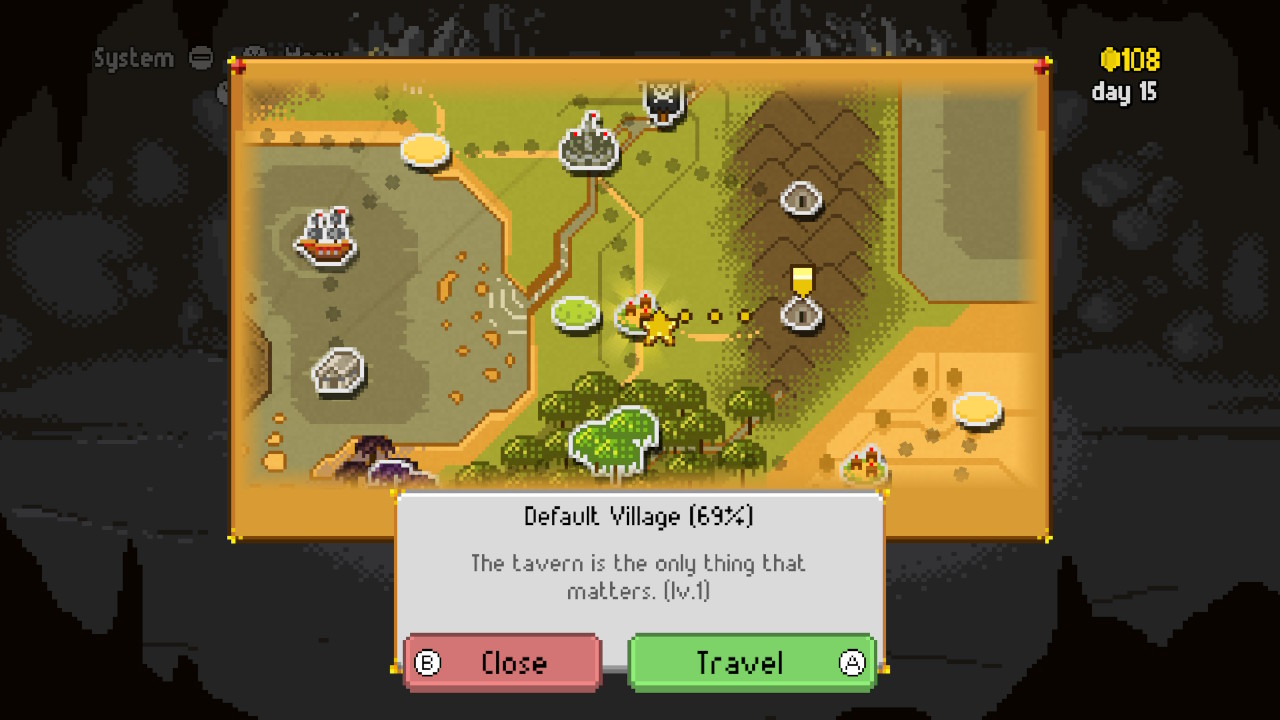 You can also look at a game like Knights of Pen and Paper for an alternative to the classic overworld design. There, you travel around the world map, but only see your chosen method of transportation (typically a boat or horse) during the process. This system, in my opinion, makes the world feel REALLY small even though the game in question has quite a few places to traverse. 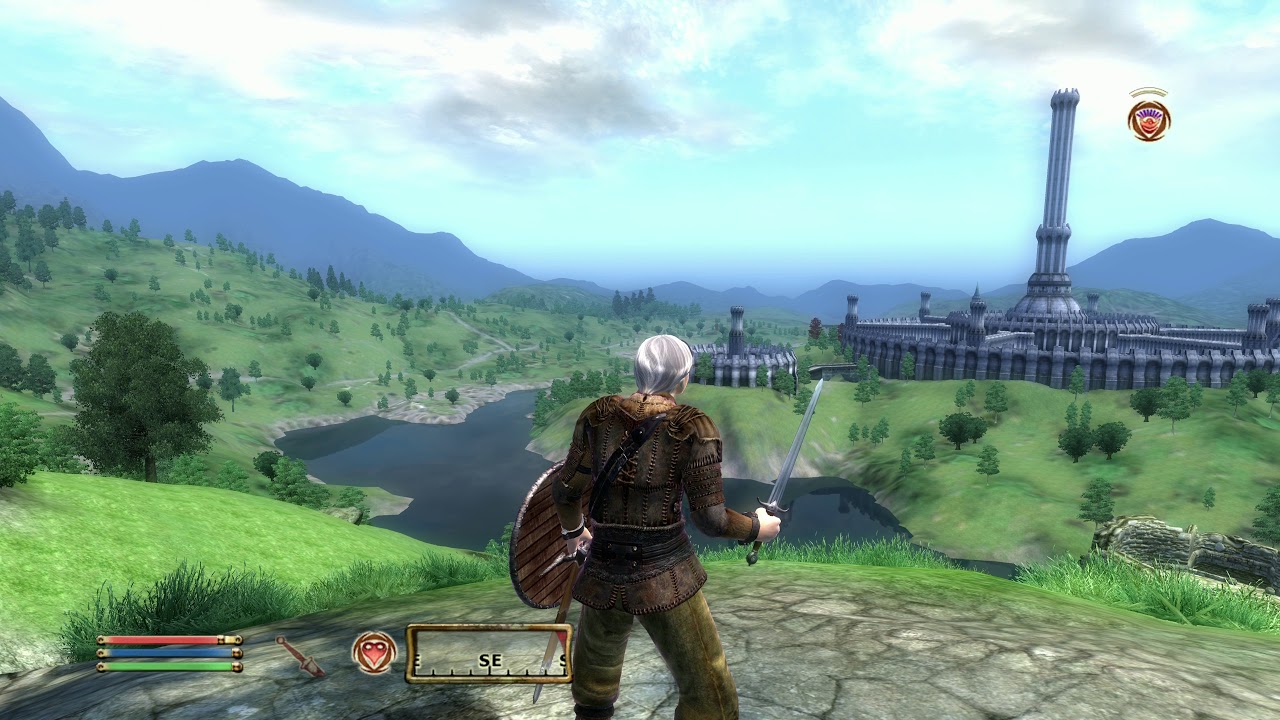 On the opposite side of the spectrum, there are open world games like Skyrim and Breath of the Wild that portray a massive sense of scale that is hard to argue against. Even so, this statement brings up my first point as to why I prefer a more classically designed overworld, which is in regards to the aforementioned scale. Now, I don’t think anyone can deny that heart-stopping moment when you leave the prison and step into the open world of Cyrodiil in The Elder Scrolls: Oblivion. But in my opinion, there was something even more special about that moment when you get out of Midgar and make your way to Kalm in Final Fantasy VII. 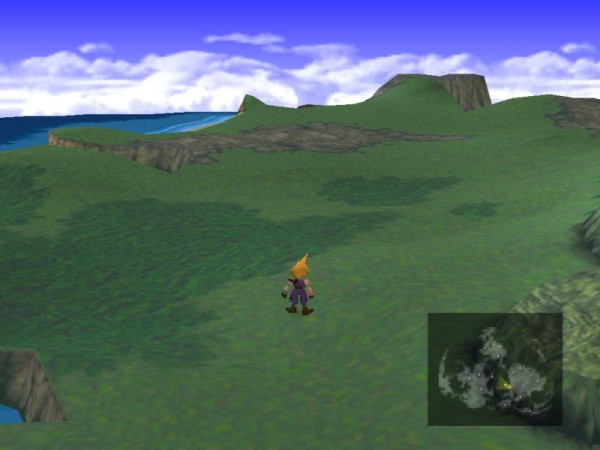 You just spent hours in a massive city, only to discover that your journey has just begun. Cloud moves so slowly on the world map that it makes those moments when you come across vehicles that much more satisfying and rewarding. Most importantly, it makes the world feel BIG. That’s not to say that a game like Skyrim doesn’t feel big, but I’ve found that I prefer the older style perspective in most games. And that’s not even factoring in the impact of music, which is my next point.

I was a slave to the MMO giant known as World of Warcraft for almost half of my life, and its soundtrack is among my favorites of all time. Games like WoW, as well as single player open world games tend to have zone-based musical tracks or, at the very least, some sort of ambient noise to help immerse you in the world. These things are okay of course, but they tend to fall short in speaking to you on the scale of the entire world due to their inherent design. Let me explain: in WoW, each zone has a different musical track to help set the mood of that particular area. While the individuality of the tracks help keep things fresh when going zone to zone, it doesn’t really give you an idea of how the world as a whole is doing.

Now, take the World of Ruin theme in Final Fantasy VI. That track does a fantastic job of setting the feel for the second half of the game, after Kefka essentially destroys the world (at least, how you knew it before). It does a great job of reminding you that, for a time, you are alone in this scarred landscape. Then, after discovering that some of your companions did make it out of the cataclysm alive, Searching for Friends plays to fill you with that perfect balance between hope and fear of what is to come.

These kinds of moments are lost when you play through an open world game, whether it be of the single player or MMO flavor, because they lack that same point where you are walking “on top of the world,” so to speak.

I really hope that more retro-inspired RPGs choose to go back to the roots defined by their predecessors when it comes to overworld design. With more recent releases like Earthlock using that same system, it makes me a little more hopeful for the future rather than it simply being a pipe dream of my own creation. What are your thoughts on the matter? Do you prefer the newer, open world design or do you long for those classically-inspired setups like I do?