I would be lying if I were to say that one of my favorite games of this and last year wasn’t Xenoblade Chronicles 2. It is a title of odd polar extremes, featuring a heartfelt narrative, sharp and improved combat, and an amazing OST, while at the same time possessing awkward performance issues, middling-to-mediocre voice acting, and multiple layers of hidden and obscured depth. In other words – if you’re a fan of Monolith Soft’s previous titles, you’ll find just as many improvements in Xenoblade Chronicles 2 as you will flaws. My save file currently stands at more than three-hundred hours of gameplay, so I obviously have some strange sort of love/hate relationship with the game.

Upon launch, the title featured a number of odd bugs and strange design inconsistencies, making the experience feel like something of a “one step forward, two steps back” scenario. Unskippable summoning cutscenes added hours of tedium to a playthrough. Some bugs would cause the game to crash or soft lock. The fast-travel mechanics and map system were terribly non-intuitive. However, over the course of the following months, Monolith would churn out a number of patches that fixed issues and added features, making for a much smoother gameplay experience. In booting up the game for a New Game Plus run, Xenoblade Chronicles 2 felt entirely new to me, in some places. Things moved more briskly, Blades dropped more reliably, and getting where I needed to go both in menus and in the environments felt like much less of a hassle. Part of this may have been from experience, but I can say with confidence that the quality of life improvements definitely made an impact. The most fascinating aspect of Xenoblade Chronicles 2’s improvements and additions is certainly its downloadable content, which has offered quests and rewards that feel as though they should have been included in the base package (such as the premium cylinder and accessory craftsmen), new rare blades with very unique functionality, a challenge mode, and of course, the soon-to-be released story expansion known as Torna: The Golden Country.

Except, it’s not actually an expansion? Torna is actually being released physically, separate from the base game but including download codes for all of its expansion pass content. The intention here seems to be that Nintendo wants to buff their release schedule with another title and likely increase exposure to the Xenoblade property with another title on shelves. With Torna being economically priced, it could certainly catch the eye of a number of newcomers – assuming the physical release will cost as much as the expansion pass. This could, however, not be the case – should Torna cost any more, it would either be out of a sense of loyalty to those who purchased the expansion pass with the launch of Xenoblade Chronicles 2, or perhaps in order to account for the increased cost of cartridge production. Either way, should diehard fans be interested in owning a physical copy, they’ll have to shell out even more for that sweet box art, despite possibly already having ownership of the content via the expansion pass.

What confuses me more, though, is that Torna looks very good: the alterations of Xenoblade Chronicles 2’s combat mechanics, the addition of cooking and crafting systems that include new options to the playable characters, the brand new continent to explore and possibly access to areas featured in the base game’s narrative (as characters often comment on skirmishes that took place prior and gave certain areas their names), and brand new tracks for an already-stellar OST. It’s impressive to think that, even at a fraction of the base game’s length and price, Torna may even offer an experience that rivals its other contemporaries in the Role-playing genre – and it is merely additional content based on a pre-existing game. What is stranger is that Torna looks like it might offer a superior experience in comparison to the game it is based upon. The latter of these two points shouldn’t surprise anyone, though – Xenoblade Chronicles 2 was certainly the most rushed of the three Monolith Soft Xenoblade games.

Having witnessed the various technical and mechanical inconsistencies and seeing the narrative of improvements and additions over the past year, Torna feels like the cherry on top of a cake that was slowly iced over time. Even outside of these performance aspects, however, playing Xenoblade Chronicles 2 prior to Torna makes the latter feel less like a missing piece of the puzzle and more of a… well, downloadable extra, answering questions that did not necessarily need to be covered in the base game. This makes me wonder what the opposing narrative might be for someone potentially starting with Torna and moving on to the base game afterwards – will the narrative beats and revelations be lost thanks to the existence of Torna as a stand-alone title? Will Xenoblade Chronicles 2’s combat system be less appealing thanks to its decreased emphasis on equipment and increased Aux Core grind? In other words, does it make sense to go backwards? 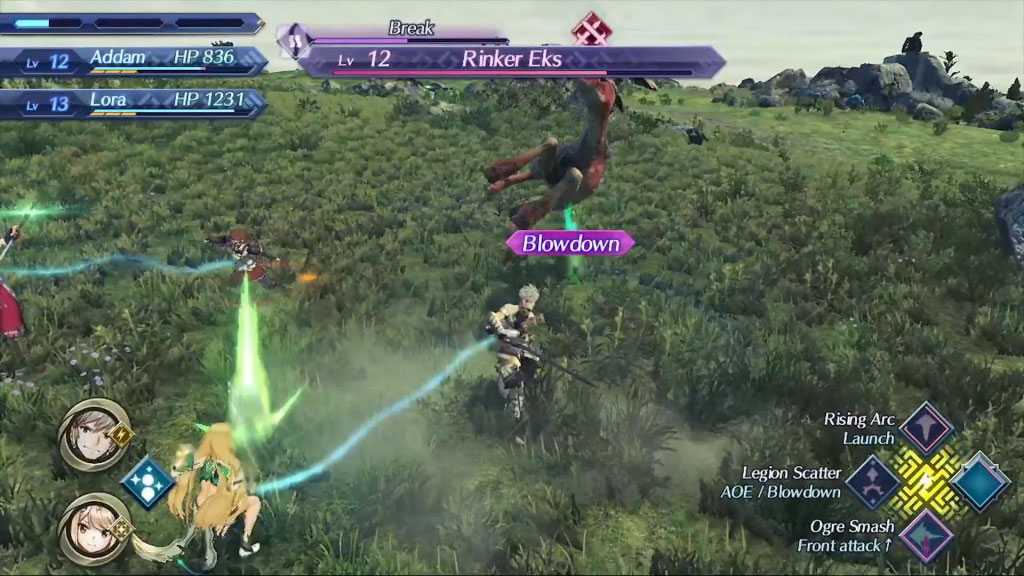 It is certain that some who have held off purchasing the expansion pass will likely follow through with Torna’s physical release, but I feel that having both it and the base game on the same retail shelf is an odd move on Nintendo’s part. On one hand, it is exciting to see a story expansion substantial enough to warrant its own physical release, and much of the promotional material surrounding Torna makes it look and play like its own separate entry rather than simply downloadable content. On the other, its lower price and more approachable aspects may have a negative effect upon the perception of the base game, a title that has divided many in a number of ways. While I can safely say that I look forward to getting my hands on Torna and closing out my journey with Xenoblade Chronicles 2, I can’t help but wonder what sort of adventure others might have by taking the opposite route.