You might be wondering why a fifth part of this series exists, seeing as we’ve covered the last of the Crystal Chronicles titles in Part 4. Though we could be looking into one of the two WiiWare titles, My Life as a King and My Life as a Darklord, I wanted instead to delve into a title that offers a similar co-operative experience to Crystal Chronicles. Similarly, it is a Square Enix property that will likely never see a sequel, despite the potential avenue that the Crystal Chronicles HD Remaster might present. The title in question is Final Fantasy Explorers.

First, there is one important element I feel is necessary to establish regarding Square Enix in the modern era. This may come across as a critique, but it is instead an observation from an individual whose experience with RPGs and favorite titles mostly exist outside of the work of the company and its previous, individual forms. Modern Square Enix appears very much to be centered around nostalgia and reverence for their older titles in their newer products. For an avid fan of their earlier games, this might be a welcome feature, but on other occasions, it is grating and misguided.

For example, a game like Final Fantasy Dissidia, Brave Exvius, or Theatrhythm requires an inclusion of characters from previous titles, although Final Fantasy Explorers did not. Additionally, the Crystal Chronicles mythos and characters are mostly absent from these games that honor the traditions of the Final Fantasy series, which is what I would consider to be an oddly missed opportunity in the case of Explorers. This is an awfully great amount of introduction for the game, however, so it is important that we cover the premise and basic features of the title, first. 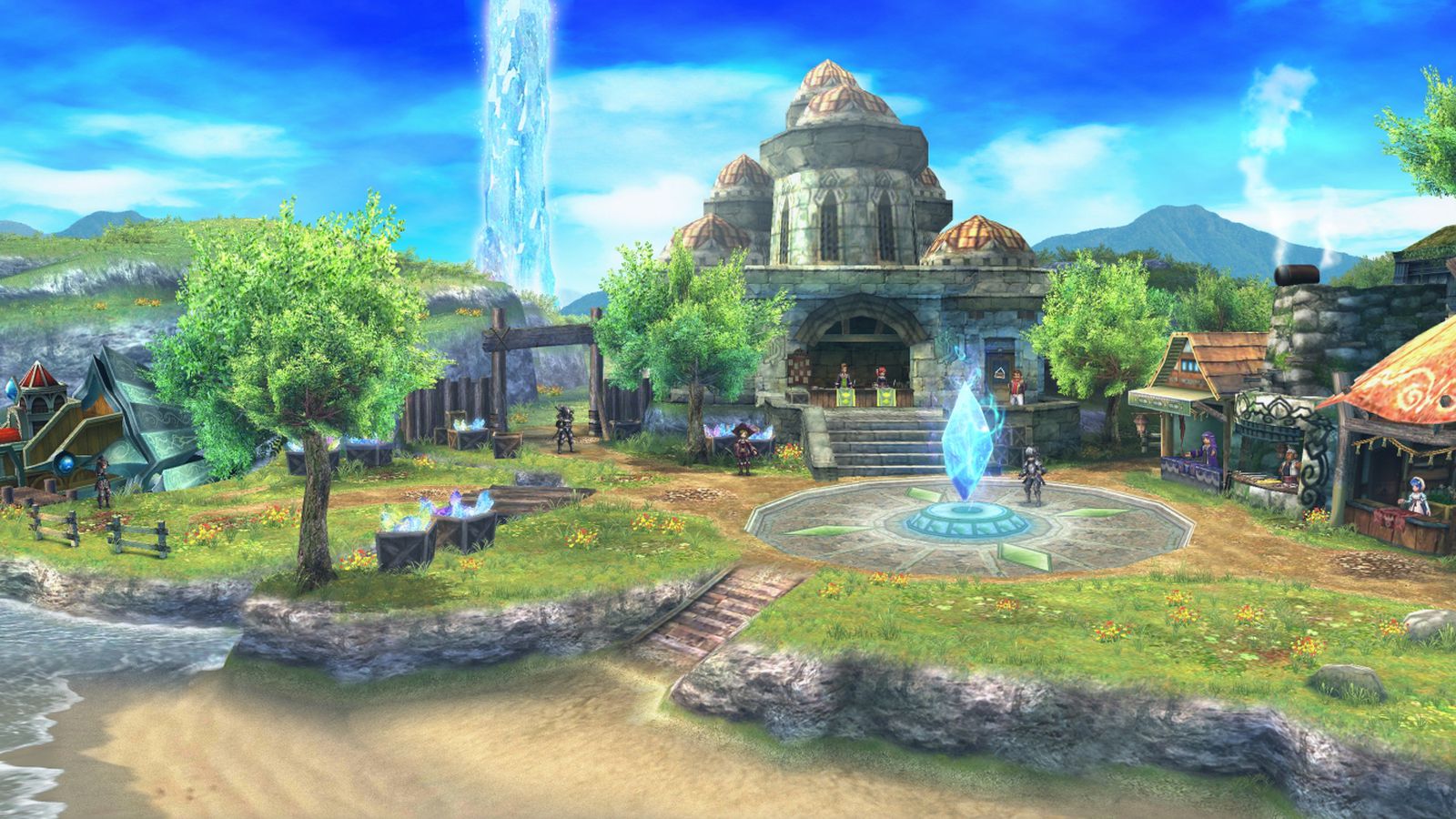 A recently discovered island of Amostra is rife with Crystals, a thing that – if you’ve never engaged with a Final Fantasy title before – are usually rather important. How and why are they important? Good question. Usually, in a Final Fantasy title, the function of crystals is elaborated upon, but this isn’t the case so much in Explorers. They are vital to life and civilization, but in a way that isn’t delved into, much. That’s okay though, because Explorers isn’t a very lore-heavy game by default, as it strives to mimic another style of RPG rather than expand upon it all that much.

The core function of Explorers is, rather surprisingly, not exploration, but rather, co-operative combat, as you’ll be taking on the series’ staple Eidolons in large battle arenas in order to gather their materials, craft new equipment and weapons, and take on greater foes. This article comes at an especially pertinent time with the recent release of God Eater 3, a title with similar mechanics to a certain Capcom-developed Monster Hunting game, as Explorers is, more or less, the Square Enix equivalent.

Unlike its contemporaries, however, Explorers possesses an impressively expanse job system, which is the real limitation for specific weapon types. The player starts as a Freelancer and can branch off into the variety of also-staple Final Fantasy professions: Black Mage, White Mage, Dragoon, Ninja, Dark Knight, Paladin, Machinist, Ranger… you name it, it’s here in Explorers. These jobs are not terribly restrictive, however, as the player can use accrued experience points to purchase options that allow them to use other weapons – and if a player has gained skills from a job that utilizes these weapons, they are able to access them in an entirely different job so long as the weapon is equipped. This can make the transition from one job class to another smoother, but each job also has its own exclusive abilities and stat distributions to benefit the player.

The skills a player learns via investing time and experience in certain jobs can also be “mutated” by storms that occur intermittently on the island, and these mutated skills – which have additional effects such as HP drain, elemental affinity, or simple damage boosts – can be purchased in their forms back at the central hub. Once equipped, a player can strengthen them even further by stacking more mutations on top, which do tend to cap out at a certain point, but can be tailored to fit almost any scenario. If there is one thing to be said about Explorers’ level of player freedom, it is vast, enabling a variety of play-styles and making most investments and builds relatively viable.

The island of Amostra is a large one with several different biomes, and multiple enemy types among them. While they are all interconnected, the player will usually be tasked with seeking out an Eidolon that inhabits a specific biome. This is where its title comes into play in its truest – and least convenient – sense. Almost every Eidolon resides in a specific area that is precluded by a “dungeon,” a series of randomized, yet similarly sized rooms inhabited by a slew of lesser mobs. While defeating these creatures is hardly an issue, any seasoned Monster Hunter fan will tell you that the least-amusing part of fighting a monster is finding a monster. Yes, they can travel from area to area, and making sure you’re tracking them is sometimes a priority, but no one wants to spend seven-to-ten minutes getting to where the fight starts – which is a generous time estimation, because Amostra has quick travel points that require environmental traversal *outside* of where these dungeons begin.

The saving grace of the main encounters, which is also a sort of oddity, is that the Eidolons themselves will not migrate to other areas – you reach them on their battlefield, and you’ll be trading blows there until the conclusion. Some of these battles will have a specific gimmick, such as an environmental hazard or major status effect that requires some quick movements, but a major difference between Explorers and other hunting ARPGs of its kind is its reliance on AP over stamina. Skills require AP in order to use, which is a resource akin to stamina that recharges overtime as well as with the use of basic attacks. You also use AP to sprint, but there are hardly ever moments where this is necessary in battle, instead being more necessary for the pre-fight “exploration.” However, the addition of an AP drain mutation to skills can mean a drastic increase in their usage, seeing as they can be utilized far more often. 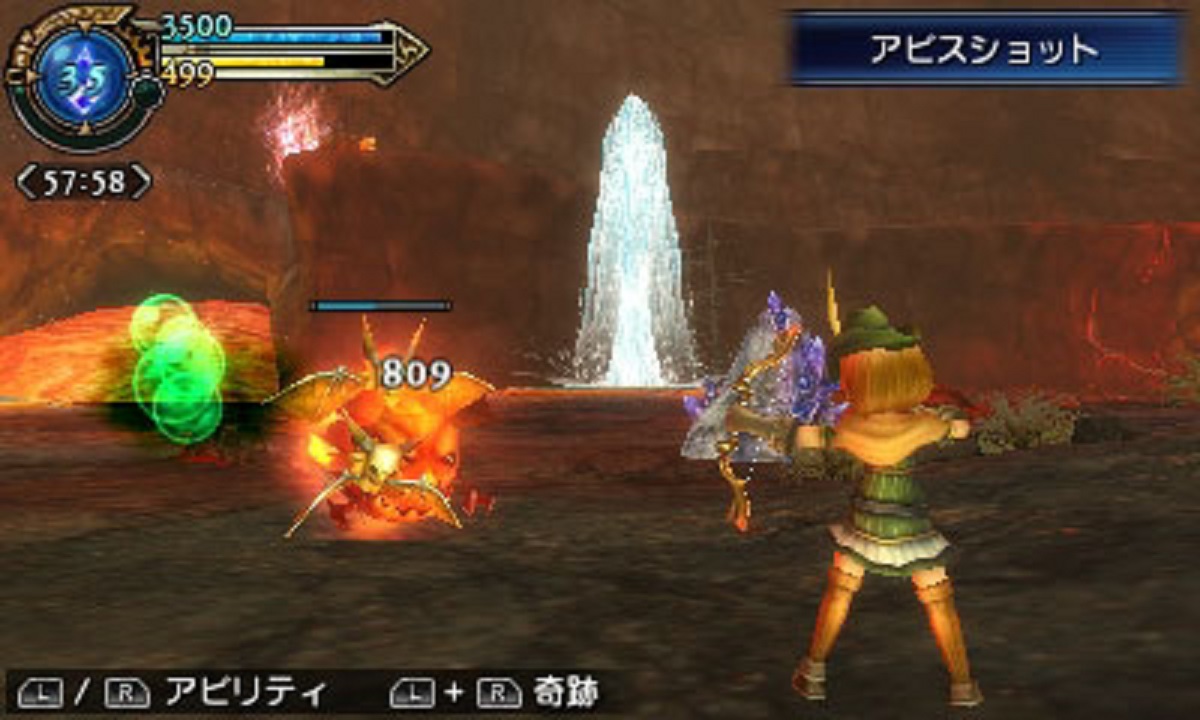 There are mechanics upon mechanics I could touch upon in Explorers, but you’d likely be stuck here reading for much longer than is needed to get the point. Despite the developers’ insistence that the game was a Final Fantasy XIV-lite sort of experience more than anything else, the four-player co-op gameplay and lengthy battles more or less solidified the perception that this title was meant to coexist with Monster Hunter. The attempt is admirable, but it falls back on staple traits of Square Enix titles while also making some bizarre modifications to the core mechanics of games like it. For example, its version of increased difficulty was self-imposed limitations that would up the difficulty of endgame battles, rather than newly-crafted content.

The lack of a dedicated dodge button and the much more precise lock-on features meant the usually-high-commitment animations of the genre required less positioning though this could be seen as an element of accessibility. Strangest of all, however, was the gear system – while contemporary titles often used a “gear grind” system of interchangeable options that possessed their own levels of investment and utility, most of the early-game weapons and armor of Explorers could be maxed out to possess abilities equal to the late-game unlocks. Sure, they require more material farming to get to that point, but when every equipment, skill, and job combination is somewhat viable in the end… is there really all that much variety?

Explorers uses the staple Eidolons – Ifrit, Shiva, Bahamut, Ramuh, and the like – as its flagship monsters, but its total roster rounds out at a meager twelve – this is softened somewhat by its variety of lesser mobs, some of which are scaled up and fought as sub-missions, but their abilities are hardly as cinematic and awe-inspiring as the tussles with their larger brethren. Likewise, the game’s insistence to lean heavily on tradition – fighting summons, a bizarre Trance-mode mechanic that turns you into previous Final Fantasy protagonists, and familiar jobs – results in a game that lacks a bit of spirit and personality. The animations are impressive, as is the art design for a smaller game of its kind on the 3DS, but the music is a bit too subdued when traversing its loop-structured overworld and generic when facing down Eidolons. Only its title and battle themes, both of which are genuinely great, are standout inclusions, a far cry from Crystal Chronicles Celtic vibes. 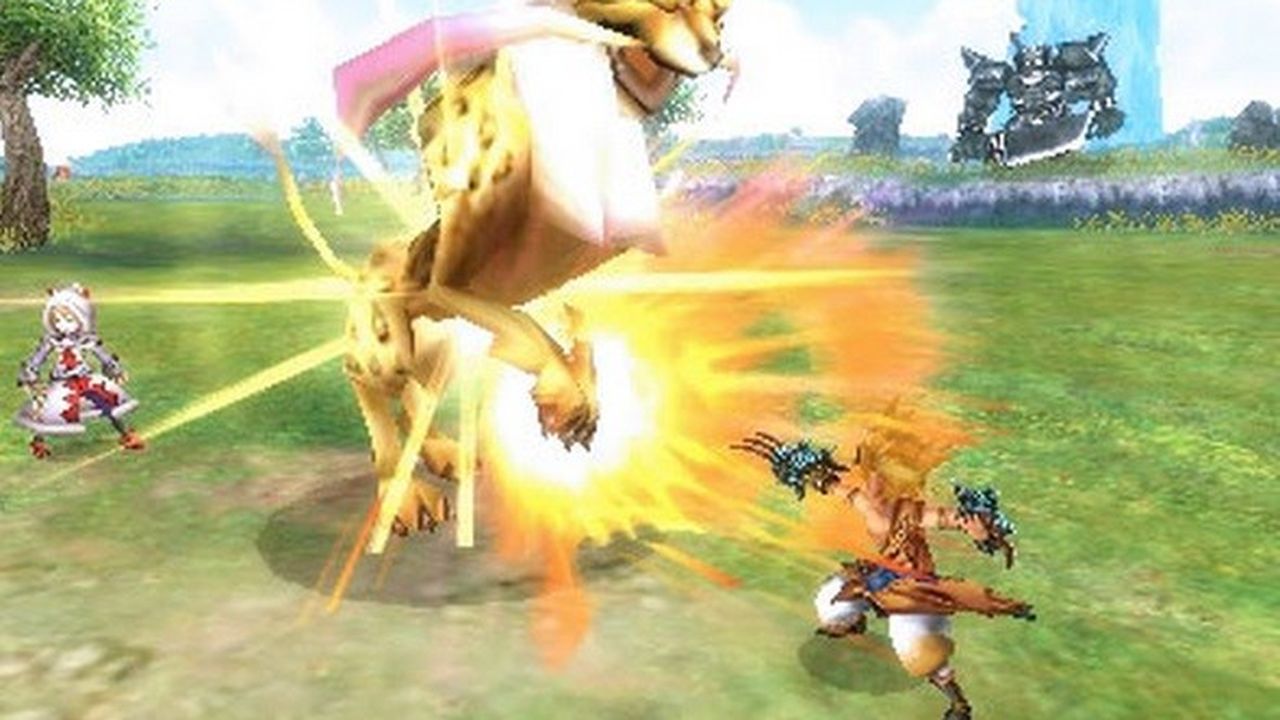 Yet, throughout the lifespan of the 3DS, this was the only equivalent of a Square Enix multiplayer title released. A game that felt like a pale imitation of its contemporaries, in addition to being a sadly laggy experience in online play. Sure, you could boot your old copy of Echoes of Time up on the backwards-compatible handheld, but at a time when Monster Hunter was dominating the space with Tri Ultimate, 4 Ultimate, and eventually Generations, it wasn’t surprising that Square Enix would attempt to retrofit their branding into a tried-and-true formula.

What surprised me, however, was that the company already possessed a perfectly sensible co-operative series in Crystal Chronicles, and that they chose to transfer none of its lore or characteristics to the Explorers universe. So Explorers became, for a short period of my time, a substitute for the beloved series. As a fan of Monster Hunter, I appreciated some aspects of its design and questioned others, but I ultimately moved away from the title because its charms wore off. This left me with a desire to see the company experiment with the Crystal Chronicles formula once more, which brings us to the modern era.

The HD Remaster will launch sometime this winter, with plenty of questions still unanswered. How will its odd Game Boy Advance features be updated for this new version, if at all? How will players be able to join other caravans and take on the journey together? The likelihood of additional content is astronomically low, but the period in which the game has been out of the hearts and minds of the community is longer than that of a Kingdom Hearts sequel – perhaps the return to the world of deadly Miasma, plucky adventurers, and atmospheric dungeons is one that will reignite an appreciation for the series that, in my mind, it truly deserves.

Over the past year, we’ve covered just about all of the Crystal Chronicles titles, including some distant cousins. As of right now, this is the final installment in this series, though perhaps someday, we’ll have the opportunity to talk about a new installment in this beloved, charming series. Until then, thank you for taking the journey with us as we looked back on these titles, and if you ever need an extra member in your caravan come Winter, you know where to find me.