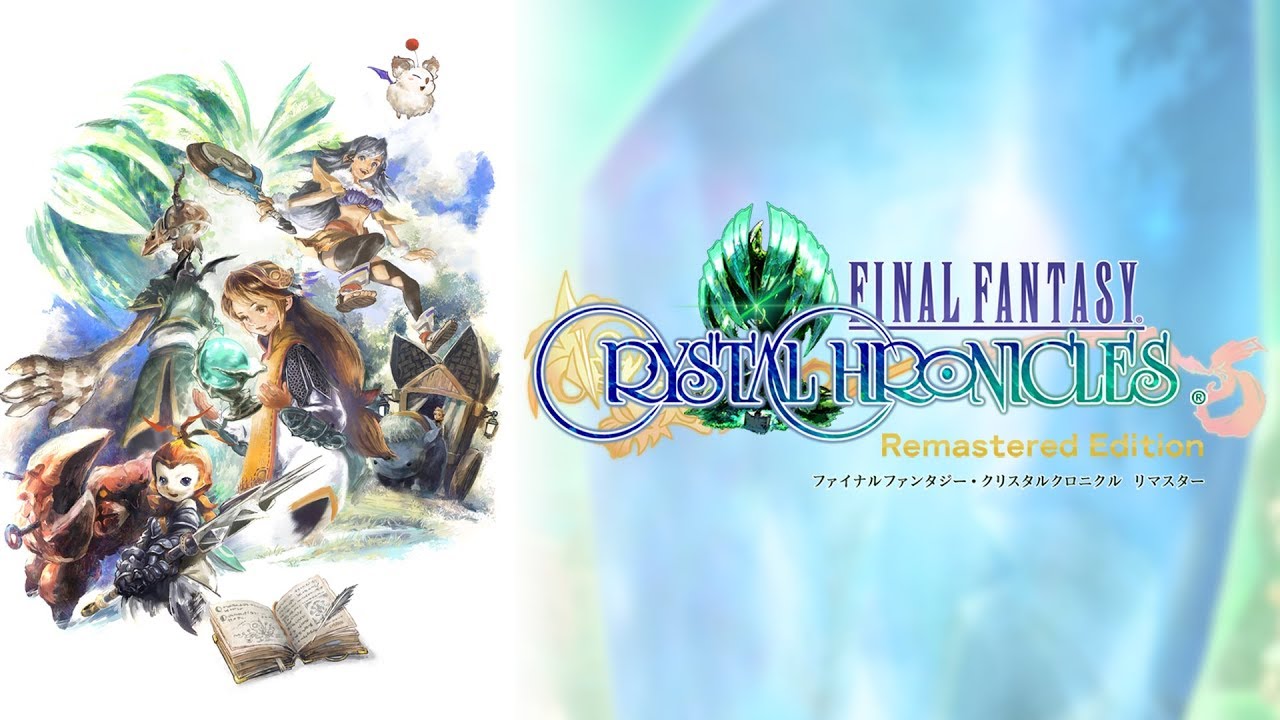 I hold little allegiance to the mainline Final Fantasy titles, though this likely stems from the fact that the GameCube was my first home console. The legacy and impact my role-playing enthusiasts have for the 90’s entries in the series had no effect on me, and the GameCube’s own role-playing library was somewhat thin. Fans of the genre cut their teeth on titles like Tales of Symphonia, Paper Mario: The Thousand Year Door, and a pair of niche titles called Baten Kaitos from a developer named Monolith Soft. Needless to say, finding the harsh dystopian landscapes of the PlayStation Final Fantasy titles nostalgic is a notion lost on me, as these GameCube titles have more of a focus on colorful, cozy worlds instead.

This is also why, when I become nostalgic for the days of my youth, a particular storybook role-playing game always comes to mind. It’s somewhat surprising, considering my feelings towards Square Enix, but that title is Final Fantasy: Crystal Chronicles. I never owned the game, myself, but my history with it, and the rest of the Crystal Chronicles series, is a long and delightful story. With a tentative 2019 release of the original Crystal Chronicles- with online multiplayer, no less- on the Nintendo Switch, I find it my duty and privilege to recount my own experience with the game and urge newcomers to give this wonderful title a try.

Even the LOGO is magic.

My first experience playing Crystal Chronicles was at a friend’s house, a young man lucky enough to have all of the materials needed to summon this behemoth of a game. In order to play the title, a Game Boy Advance and GBA Link Cable was needed for each individual player, and though I had a GameCube, I did not have either of those devices. I was lucky enough to be able to borrow one of his sibling’s GBAs, and we created a save file and began exploring. Players create their playable character from one of four races: the human and basic Clavats, the elf-ish Selkies, short-and-cute Lilties, and bird-like Yukes, and are tasked with collecting precious Myrrh to power the guardian crystal that keeps toxic miasma from engulfing their home town. With the premise down, you and your partners head out from home on a caravan and stop at a number of towns, cities, and of course, dungeons as you fill up your Myrrh vessel from the trees spread around the game world.

The phrase “less is more” is heard so often that it becomes eye-rolling, but it rings true in Crystal Chronicles. While on the road, players will often encounter other travelers that trigger small vignettes and offer bits of alluring lore, but aside from that, the story in the game is very light. Most of the charm comes from the absolutely entrancing narrative that triggers upon entering environments, where a woman recounts the tales and folklore surrounding an area as a preface to the action. Along with Kumi Tanioka’s Renaissance-laced OST, the game looks and feels like stepping into a fairy tale, and it allows the players to create their own narrative and take whatever roads they please as they set out to solve the annual conundrum that is Myrrh gathering. Players only need so much of the stuff in order to satisfy the needs of the town, so its perfectly acceptable if you travel to the same spots a few times to grab crafting materials and change the elemental affinity of your vessel, which will allow you to bypass certain roadblocks that stop your caravan from exploring the world in full. Not only that, but certain events will only trigger in staggered intervals, allowing new routes and shortcuts to previously inaccessible areas during specific years. 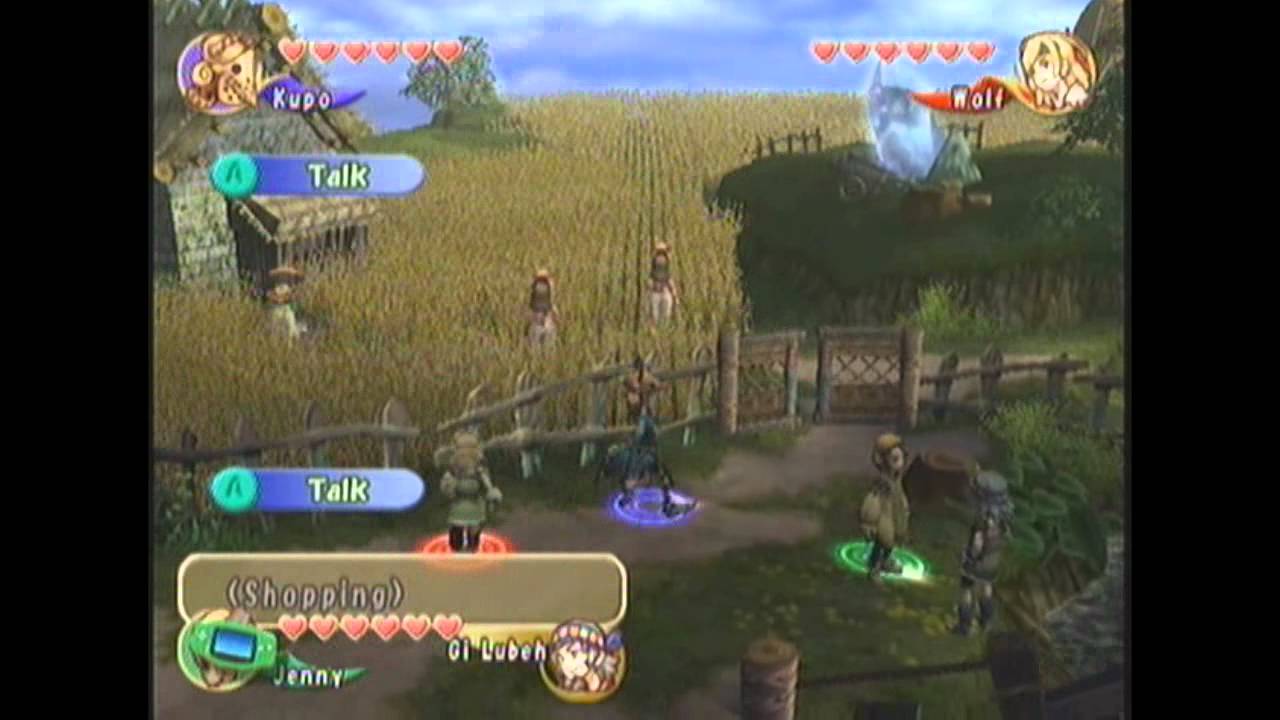 You think having three players on one screen was easy? Think again.

All this results in a laid-back, playfully competitive action-based Role-playing game that offers one of the most newcomer-friendly approaches to the genre that exists. Sure, the nature of miasma means that one player must always carry the protective vessel through dungeons, but this role is necessary, context-related, and interchangeable- whoever plays the assigned role can always throw the vessel down in order to take on enemies. Players share rewards, but those who perform the best while in a dungeon get first pick of the loot. Locking magic circles from multiple players accesses more advanced spells, some of which can devastate foes. Players can share items and heal one another mid battle, and if the designated healer of the bunch ends up kicking the bucket, they can pleasantly wave at the other players as they attempt to kill the often horrifyingly abominable bosses. The easygoing pace means that as long as the players are in their caravan, they can save their game and drop out whenever time is up. Its something of a life-sim and an action Role-playing game, rolled up into one, and because there’s little of substance to be missed, narrative-wise, it is easy to jump in and pick up where one leaves off.

Of course, in the past, the struggle of playing Crystal Chronicles was having the proper equipment for multiplayer, which relegated all menus and maps to the Game Boy Advance screen, allowing for an uncluttered user interface and real-time inventory management. Whether or not you had access to these materials, you still needed someone to play with, and that was even more of a risk, especially if attempting to have a newcomer drop into an established player file. With the game making the jump to PlayStation 4 and Switch, creating a group-caravan should be more painless than ever, and taking new and old friends on adventures- as well as finishing the actual narrative of the game, as elusive as it is- will be possible near and far. 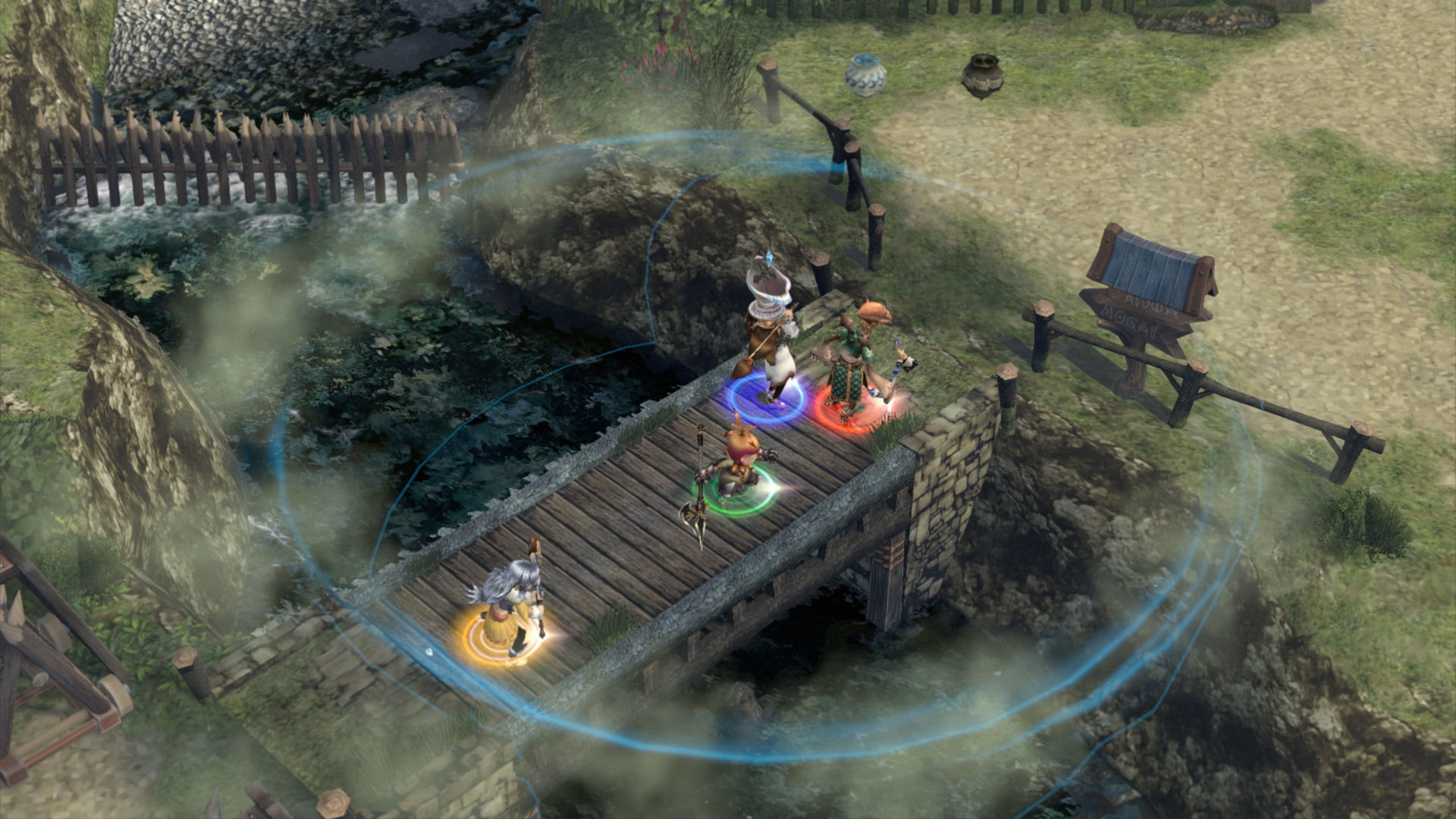 Playing Crystal Chronicles is like getting tucked in for a bedtime story- comfortable, fascinating, and nostalgic. If you should take the plunge into this adorable RPG, keep your eyes out for a caravan with my name on it. We’ll have fun together, I promise. This might be where I would end such an article, simply stating my love for an underrated title, but I have the privilege of having completed each of the (dare I say it) mainline Crystal Chronicles titles. Therefore, you’ll be hearing more about the evolution of the series- or perhaps, devolution- next time as I wax nostalgic about Final Fantasy Crystal Chronicles: Ring of Fates.