Let’s be honest – there are only so many ways that you can slice the cake that is dialogue delivery in RPGs. While there’s nothing wrong with the tried-and-true method of manually speaking to NPCs, confirming each textbox in the process – to the often extravagant and visually stimulating scripted events that can feel like they are right out of your favorite action-oriented anime series – more variety is not a bad thing.

I’ve been spending a lot of time with Tales of Vesperia recently, like I’m sure many of you are doing as well. Now, this is my first experience with a Tales game since Tales of Phantasia back in the early 2000s, so I’m not completely familiar with the ins and outs of the series as a whole. That said, I’ve quickly grown fond of the game’s skits – something which apparently is a staple of the series.

To those unfamiliar with skits in Tales, they are optional events between various party members that often provide additional lore bits, character development, or context to the situation. They are fully voice-acted (at least in Vesperia) and, once initiated, unfold without any interaction from the player. Any number of individuals can appear at once in these skits, with an animated portrait of themselves serving as the gateway to their emotions. Skits found in Tales basically line up with the textbook definition of skits – short routines that are often lighthearted in nature (but not always). 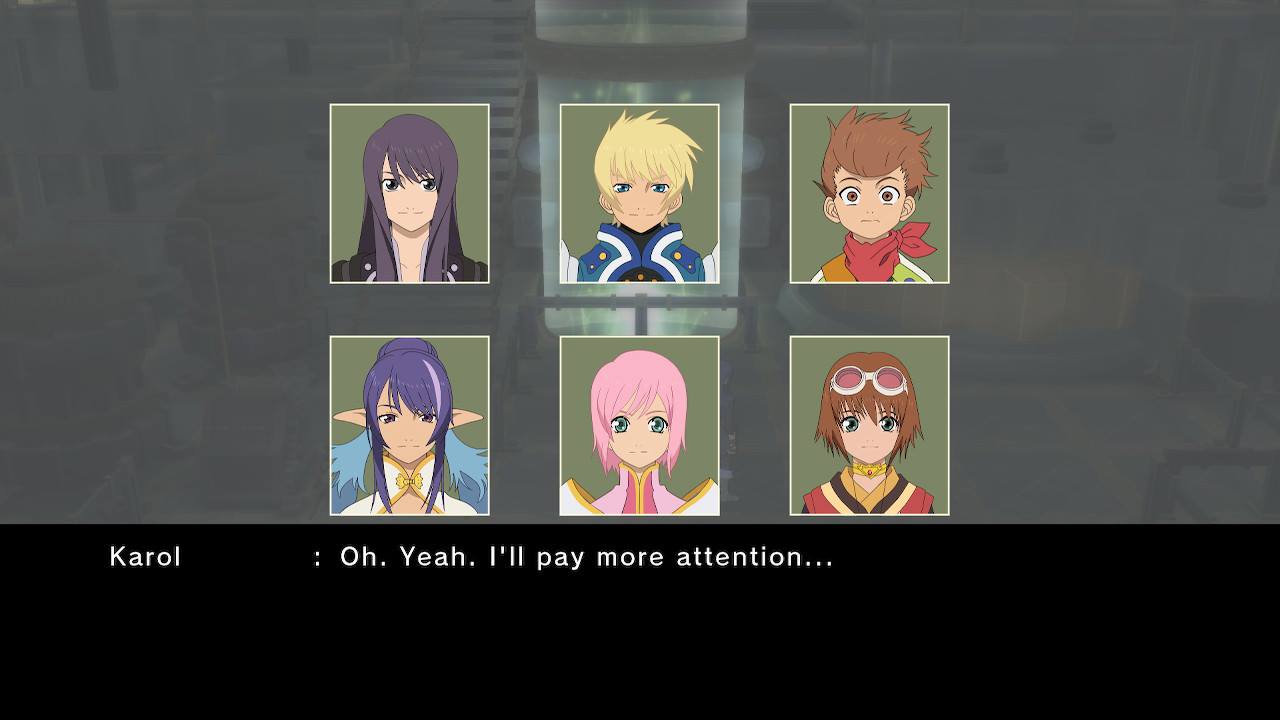 Sure, skits and other similar forms of events have been done in other games before. The Disgaea series comes to mind immediately, though I am sure that there are others as well. But it hasn’t been until my experience with Tales of Vesperia that I’ve really grown to appreciate this approach to dialogue delivery, and there are a couple of reasons for that.

Many JRPGs make the mistake of frolicking hand-in-hand with overly serious plots when they could really use the occasional escape from the madness. There is certainly a line between comedic relief and just being dumb, but Tales of Vesperia is aware of that and does not test the limits of those boundaries. Through these skits, you get a real feel for what the characters really think rather than them being stone-cold, emotionless husks that only care about one thing: the ultimate objective.

Humor, when done right, does not make light of the situation at hand, but does give light to the hope in humanity (or whatever species the subject is). The exchanges made in these skits breathe life into the people and their situations, reminding us that small talk is necessary to remain sane in whatever trying times our heroes might have themselves wrapped up in at the time. 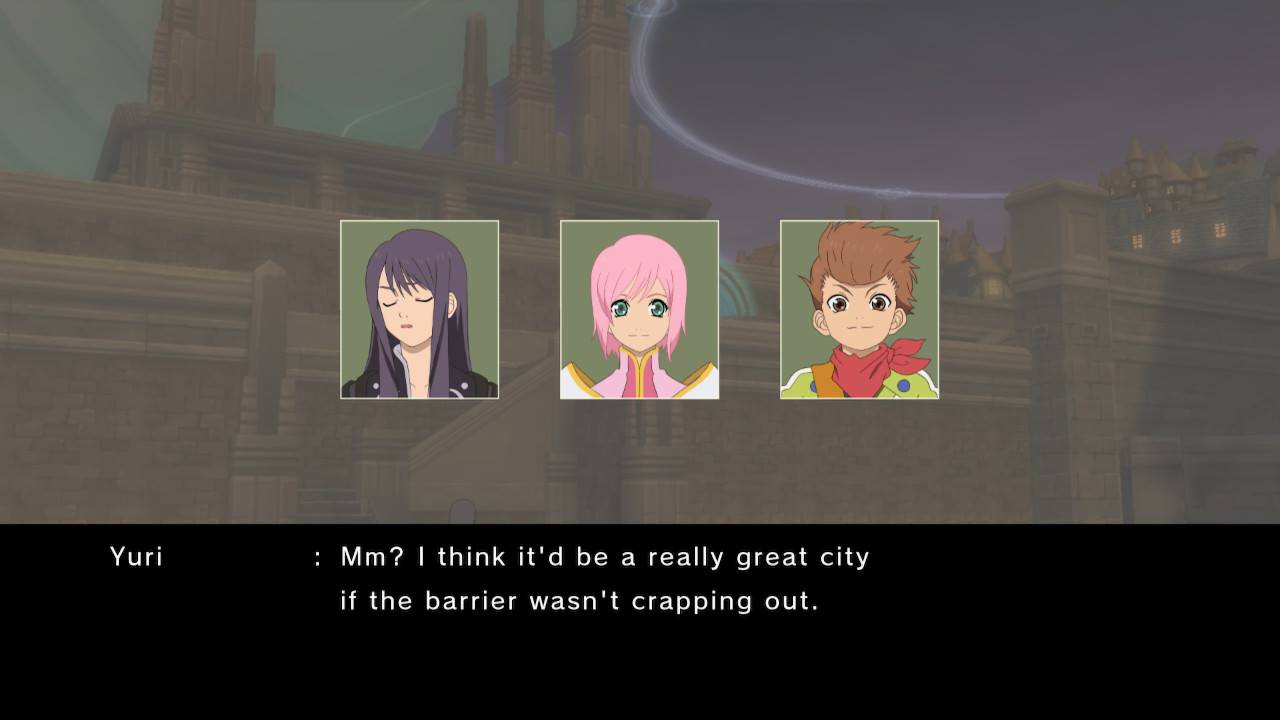 Skits allow a complete view of the character’s facial expressions – something of which is not always possible through traditional scripted events with fixed camera angles. As one character talks, you have the opportunity to read the entire room – not just the individuals within the camera’s view. This results in a better understanding of the emotions of the party as a whole when complete emphasis is put on their visage alone. While it will never replace the traditional delivery methods, it is a nice change of pace from the run-of-the-mill approaches, and I seriously hope that more RPGs adopt it in the future.

But that’s it for now – be on the lookout for our complete, detailed review of Tales of Vesperia in the near future!

This was one of the most important things missing in Octopath Traveler. There was very little connection between party members and it left the narrative so disjointed I could enjoy the game. Nice article and can’t wait for the full review.

I agree! It seemed like such an obvious omission from the game.