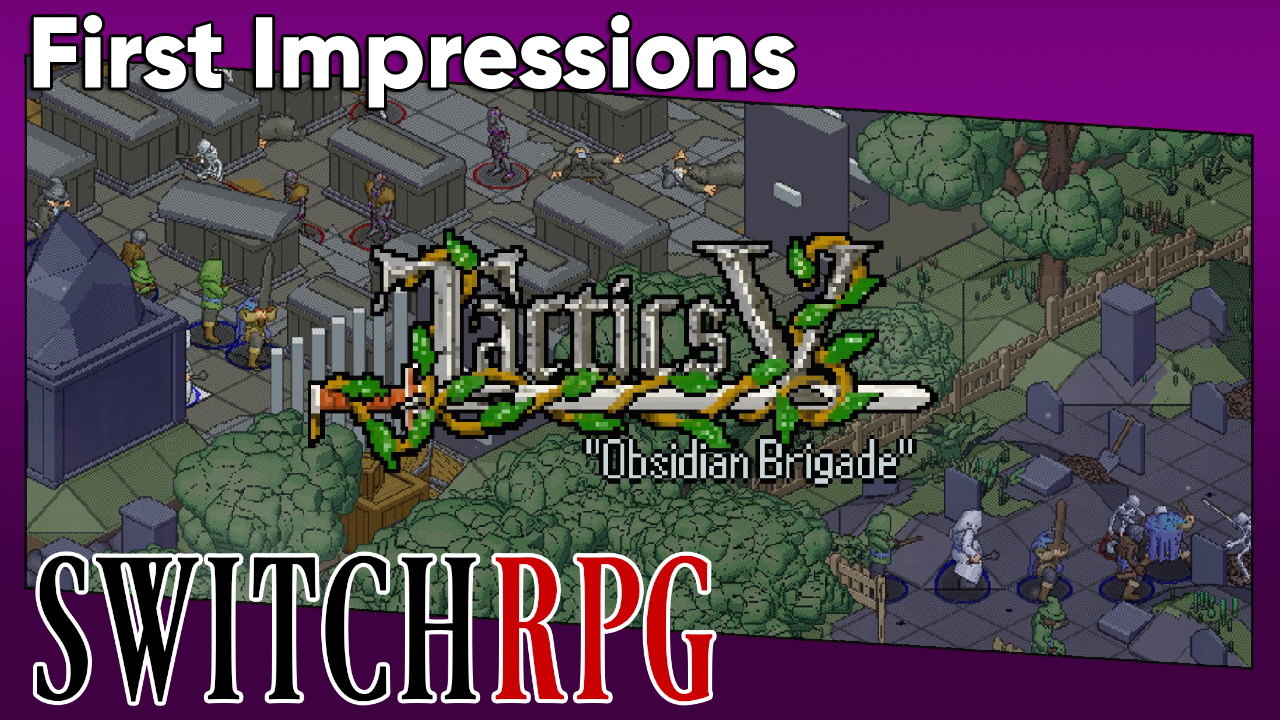 There hasn’t been a shortage of tactical/strategy RPGs on the Nintendo Switch recently. Fans of the genre have no doubt had their hands full with Fire Emblem: Three Houses alone – some might even still be working their way through the massive game. Others, including myself, were eagerly awaiting the arrival of Fell Seal: Arbiter’s Mark – a title clearly inspired by classic Matsuno TRPGs, like Tactics Ogre and Final Fantasy Tactics. It was during this wait that yet another tactical/strategy RPG caught my eye – that being Tactics V: Obsidian Brigade. Nestled between the release dates of Fire Emblem and Fell Seal, it could have easily been overlooked if it wasn’t for the use of a very distinct art style. While it could be some time until we have a full review of this title available, here are some first impressions based on the opening hours of the game.

Tactics V: Obsidian Brigade is a tactical/strategy RPG that, like the aforementioned Fell Seal, is very much in the vein of the legendary Matsuno-directed tactics titles. The narrative centers around a morally conscious group of mercenaries, known as the Obsidian Brigade, who get wrapped up in a global conflict that will ultimately test their mettle. Choices will have to be made that may alter the outcome of certain situations – some people might die because of it, so these are not to be taken lightly.

Tactics V clearly aims for a dark, serious subject matter akin to the politically (and morally) driven narratives of the popular Square Enix tactical/strategy games that came before it, but only does so with limited success. The player must be invested in the world and its characters in order for this type of plot to work at its best and – so far at least – Tactics V does little to grab you. In a matter of a couple hours, one main character dies while another goes to the dark side – both of these key points fail to impact because it doesn’t really build up to the events that well.

Fortunately, the game looks and plays well. I can’t emphasize enough how similar some of the systems – even the UI and transitional animations – are to Final Fantasy Tactics. This was all easy to digest (and pick up on) as a fan of the PS1 classic. Where it finally sets itself apart however – and to me this is big – is the art style, which almost looks like something in between an early EGA and VGA computer game from the late ’80s and early ’90s. In an era where retro-inspired, pixel-based RPGs are extremely common, it is incredibly refreshing to see one approach aesthetic design from a fresh angle, rather than being “traditional pixel art design number ninety million.” Don’t get me wrong, I do love the classics, but commendations are due for the team tapping into the retro look with a less common lens. 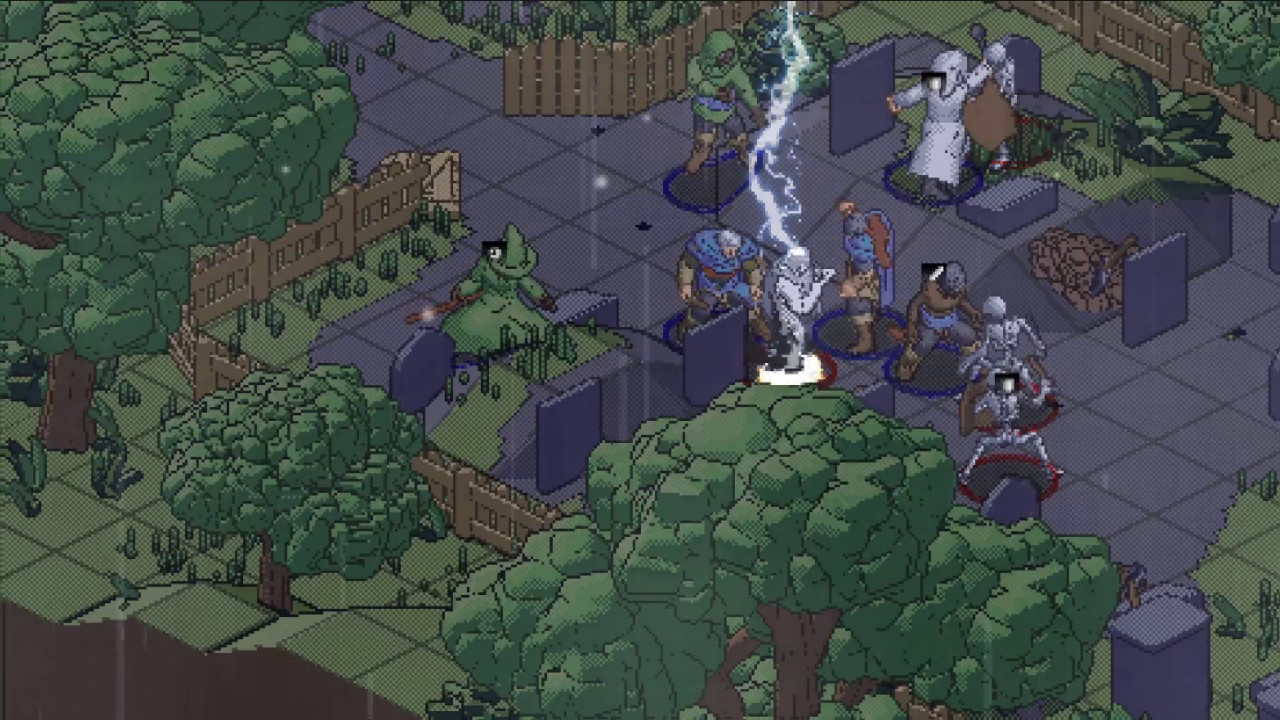 This type of retro-infused presentation however, whether intentionally or not, does come with a few setbacks. Combat animations and sound effects are rather rudimentary in design, and I don’t know whether that is due to the team trying to emulate games from that era even more accurately or not. Whatever the case may be, the decision doesn’t mesh well with everything else because, I believe, animations can make or break these types of titles. One reason Final Fantasy Tactics is looked back on so fondly is due to its superb animations – the overall graphical presentation was a bit dated, even for 1997, but those sweet combat animations went a long way in keeping the player engaged and entertained for hours on end.

In combat, Tactics V has you committing to turn-based decisions on a grid-based map. Although positioning does play a role in ability damage, accuracy, and is key in the defense from those same abilities, elevation seemingly plays little to no role in the process. A class-based system is used, allowing for some ability overlap between multiple classes once you’ve unlocked the proper components. Most classes seem balanced well enough, but the meat shield “Defender” class can prove to be quite overpowered in the early-game, both for the player and their AI-controlled opponents.

I kid you not – one scripted fight lasted twice as long as it should have because of the stupid amount of block, evasion, and damage reduction that Defenders have. Thankfully, the game features an on-the-fly frame skipping mode that helped ease the pain of this scenario, but the fight still dragged on for quite some time. Time will tell whether this issue corrects itself as new abilities and classes become available, however.

Tactics V: Obsidian Brigade promises a 12-15 hour main campaign, with 3-5 hours of additional, optional content beyond that. That doesn’t factor in the amount of extra time one could spend perfecting their squad though, so there is clearly a decent value to be had here. Is it the next Final Fantasy Tactics? Absolutely not, but it could scratch the itch for those looking for a similar experience, at a reasonable price.

Tags: From Nothing Game StudiosTactics V