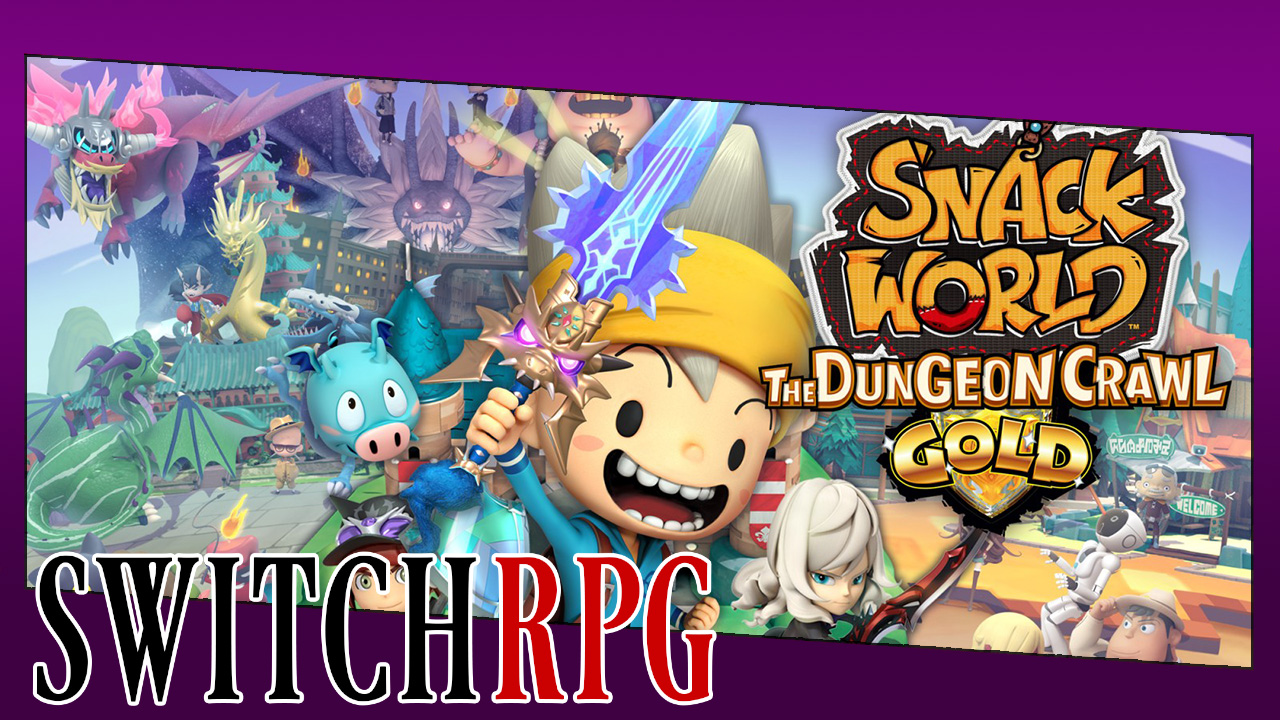 In this series, Elias has chronicled her playthrough of Snack World – The Dungeon Crawl Gold from the perspective of her playable character. Though the format may be different, there are some clues as to the game’s quality and features throughout. Enjoy!

I guess the first rule of adventuring is to record your travels, ya know, in case you forget. For me, I guess that’s doubly important, seeing as I don’t remember much aside from my own name. I don’t think I’m from around here. They found me unconscious at the gates of this Kingdom and I guess since then I’d been taken care of by this mousy girl Ciderella and Jennifer the Innkeeper.

While exploring the town, I met some pretty loud adventurers that were chasing after a shady guy, but none of them seemed to know me… But! I was summoned by the King today because his daughter, Princess Melonia, wanted to meet me, and somehow I got roped into going to retrieve this “purple eye” from the lair of a terrifying monster! I don’t know how they expect me to do this — I don’t know if I can swing a sword, let alone slay some terrible creature. Tomorrow starts my training. Wish me luck. 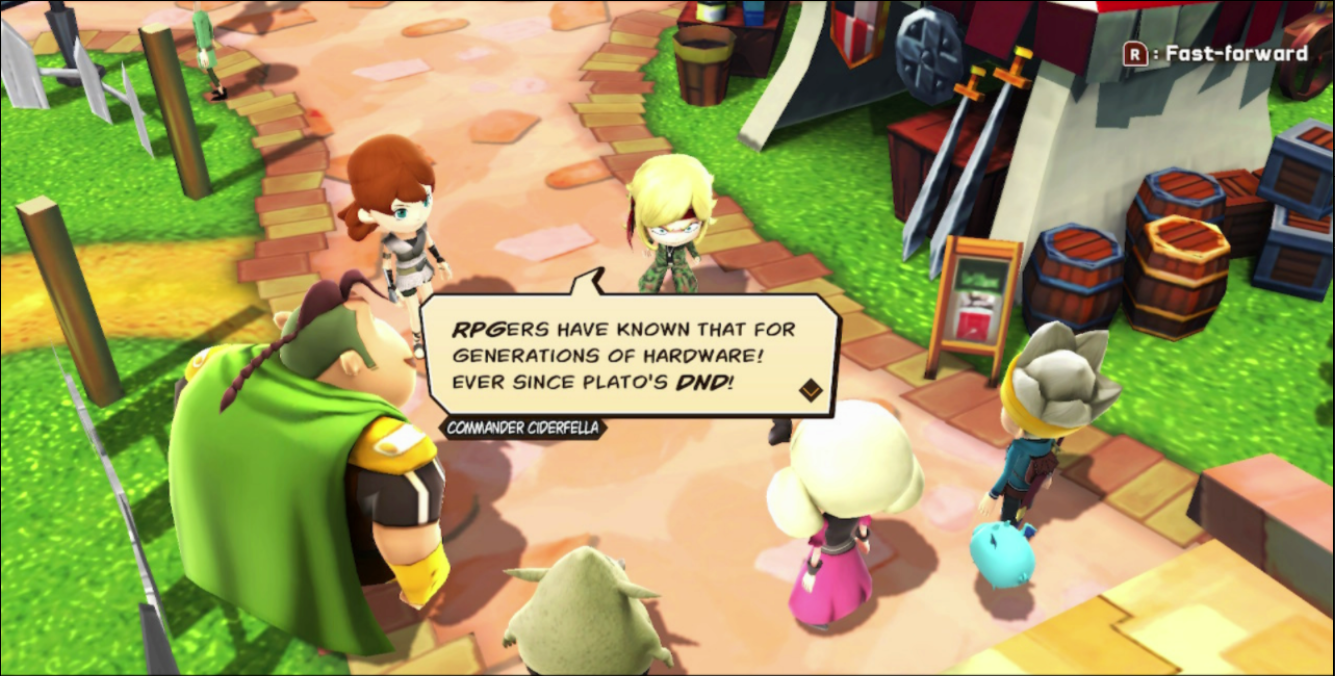 The people of this Kingdom are super strange. That quiet girl that helped take care of me turned out to be the commander of the Navy Heels. They’re some kind of military force for the Kingdom. I still can’t believe it! How could such a small, scared child end up being a ferocious drill sergeant? Talk about a 180… Apparently this alternate personality is named Ciderfella, and she took me out to the Falafel Flats to gain my bearings.

I CAN swing a sword! I was given a starter set of Weapon Jara by Jennifer Yamamoto at the inn, and I’ve learned the basics of fighting out here. I was even given a a little sylph friend, a snack to join my party! She’s really cute and helps me out in battle by attacking enemies with spells and healing my wounds during the fight. I’m sure we’ll be good buddies ’til the end. We got to the Gorgonzola Ruins, and that means tomorrow’s the big day. One of those kids from yesterday is going with me, so I’m not completely alone in there, at least. I’m going to get that purple eye for the Princess and prove my mettle!

Now give me that purple eye!

I picked the white-haired kid named Chup to come with me today through the Ruins. He was pretty nice to me the other day and let me have a token for the Pick-a-Prize after he won an awesome Crystal Sword Jara. He’s kind of hyper and a little annoying at times, but he seems dependable enough and I think he has a crush on the Princess. I kind of wanted to play wingman and help him out a little bit.

The ruins were HUGE! So many twists and turns, I was sure we were lost about a million times! We found our way to the final foe though, the hideous Madusa. This thing was horrifying: mottled stone-like skin with sinister glowing eyes and a head full of winding serpents instead of hair. It was like something from a nightmare! It had this paralyzing gaze that could turn you to stone for a little while, and I thought we were goners! My little sylph friend definitely came in for the win, though, with a well-timed heal.

We dispatched the monster and collected the Purple Eye, heading back to the castle in Tutti-Frutti, and you wouldn’t guess what happened… The princess didn’t even want the darn thing anymore! I couldn’t understand it at all. She kept saying something about it no longer being “in” even after she told us how she needed it or she didn’t think she could go on as Princess. I was super mad about being sent in to that crazy death maze for no reason. I kept the stupid thing for myself. Ugh. I can’t stand her. 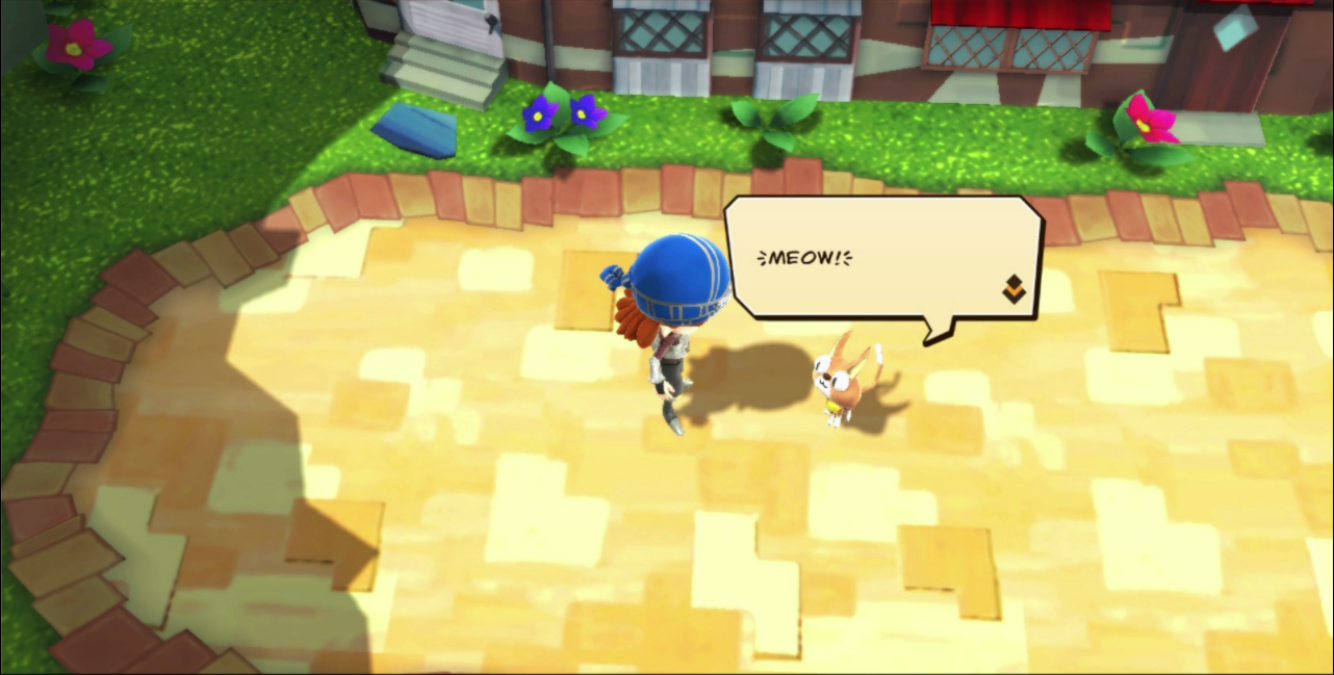 I met a cute citizen this day!

Today I learned about making my own gear. I’m so excited! I thought the pay for quests was a little low- no idea if there’s a minimum wage in this Kingdom, but man is it rough to buy new stuff! The cool thing is that if I salvage all the items dropped by the monsters I kill, I can use those materials to make my own stuff. I’ve never thought of myself as a seamstress, but I seem to have a knack for making things.

So now I have a snazzy new hat and some stylish new duds. I don’t trust myself to try and make a weapon, so I’ll just stick with the Jara I have and what I find in dungeons. It feels so cool to be good at something like this! I’m sure I’ll be able to make loads more things once I get some new materials on my travels. This adventurer thing is turning out to be pretty cool. I may not know who I really am, or where I came from, but for right now I think I’ll just continue like this. It’s an honest living, and to be real, I’m having a lot of fun with these guys… except that crazy princess.