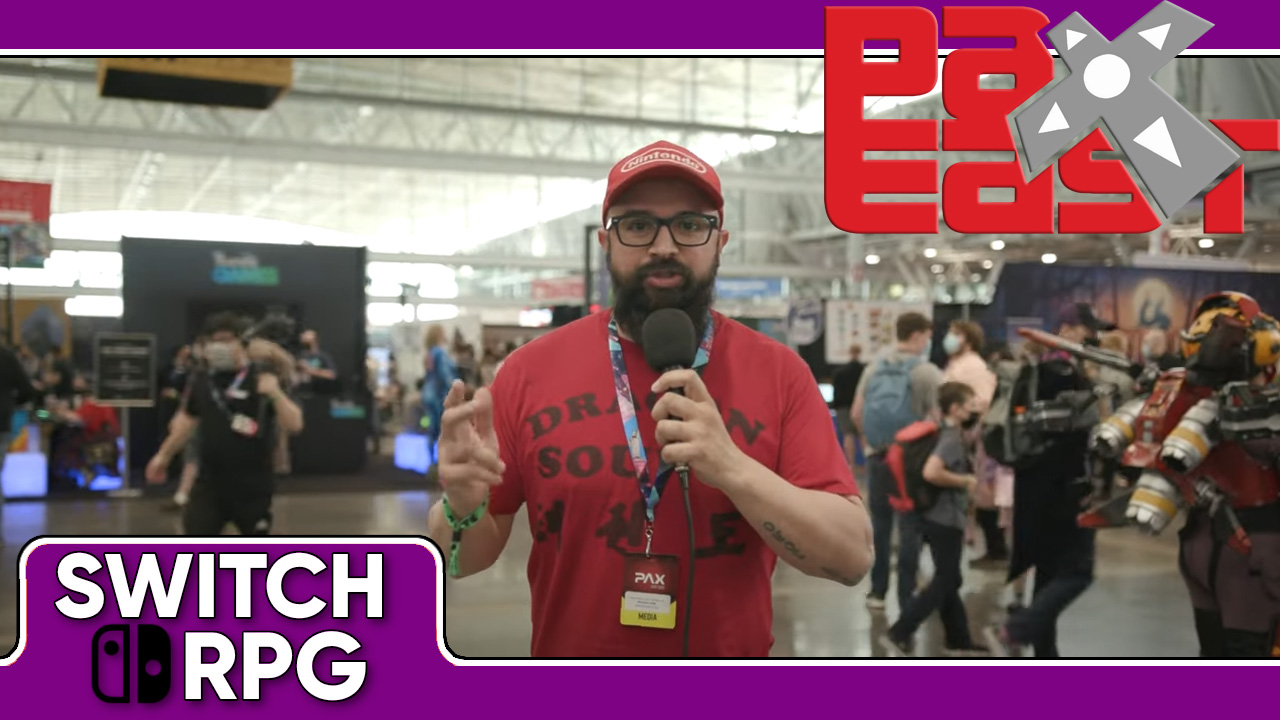 PAX was, in more ways than one, a little different this year. This was the first time PAX was an in-person event since the global pandemic. There was a mask requirement, a reduction in capacity, and fewer vendors. This led to quite a bit of space on the PAX showroom floor and to be honest, it was kinda nice. Being able to see everything I wanted on the floor, without a ton of clutter, felt nice. I also didn’t have to rush around from interview to interview. I was able to spend some time speaking with other developers and even demo a few other games. Of course, not all developers were able to make it to talk about their projects, but the publisher reps were extremely knowledgeable in answering any questions.

Here are some impressions on titles I did get to check out. If you’re interested in some of the video interviews I’ve done with game developers, check out this playlist. 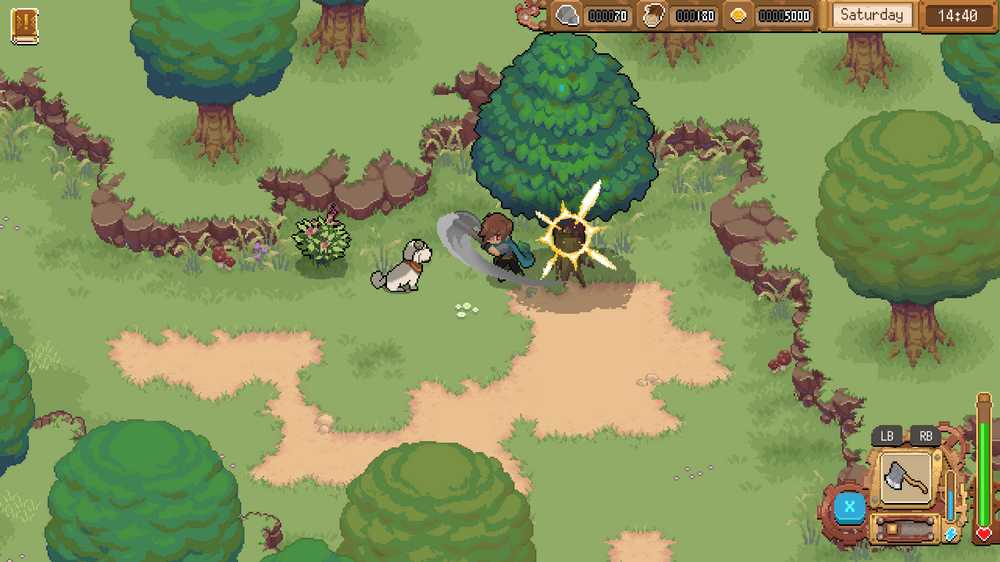 Potion Permit is an extremely charming pixel art life simulation RPG (think Stardew Valley) developed by Masshive Media. The main protagonist and our canine companion make their way from the capital to the small town of Moonbury. The residents of Moonbury are a little standoffish of outsiders, especially folks from the Capital. As you make your way into town, suddenly, your services as an alchemist/doctor are required to save the mayor’s daughter.

The demo that I played was pretty polished and for the most part seemed ready for release with no real issues. We started by gathering materials to create our first concoctions. We also encountered some enemies and collected their parts but I didn’t have the opportunity to use the materials in my limited time. PQube (The publisher) is extremely happy and proud of this release, and they should be. There really is so much more that I really couldn’t experience in the short time I had with Potion Permit, but we’ll get that chance a little later this year. 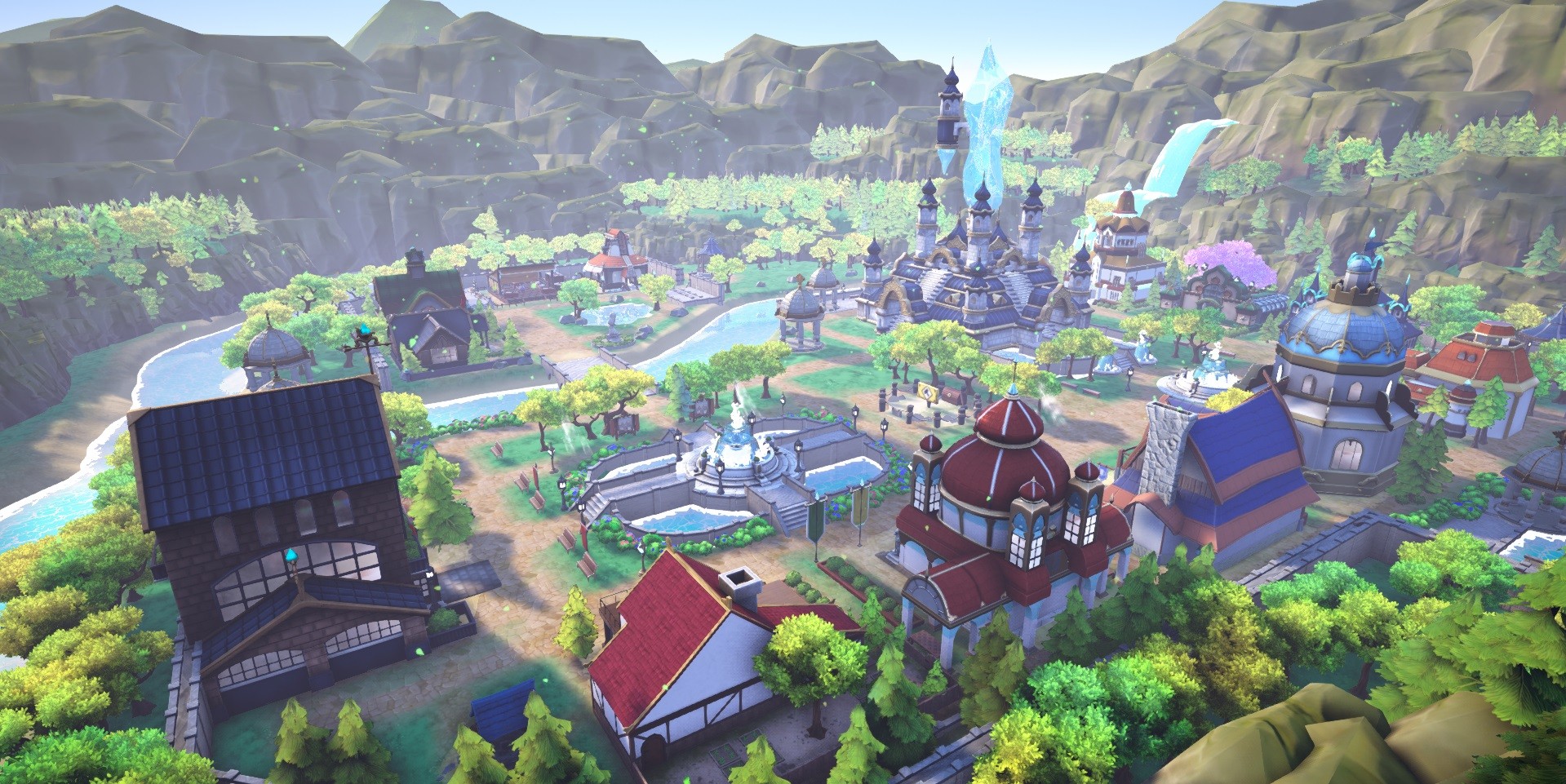 A sequel to Valthirian Arc: Hero School Story, Agate Games hopes to build on what previously made it a community favorite. “Community” being the overall foundation of the sequel’s development because as I was playing the demo, the rep continued to use that word when describing any changes that were made from the original. Agate Games has taken their community feedback to heart and are building the next game with it in mind. Taking a stroll through the developer’s Twitter account, you can see they take their feedback very seriously. Valthirian Arc: Hero School Story 2 is still in Alpha and in Steam’s Early access, and we only got to play the very start of the game.

After a very brief tutorial, we became the Principal of our very own school and were immediately thrust into building the campus. One thing of note is that the artstyle and the combat are completely changed from the original, transitioning from a semi hand-drawn artstyle to one akin to Dragon Quest Builders (during combat mode). As mentioned before, the combat has been totally changed and, in my opinion, to its detriment. I feel like the new simple turn-based combat slows the pace of the already slow gameplay of building out our campus and forging relationships with students.

Valthirian Arc: Hero School Story 2 building management mode is pretty intuitive yet complex to satisfy those that love diving into the minutia. Students can be sent to any of your buildings for training before you send them outside the campus to gather materials – I was not able to experience this in my short time with it. There is still a bit of development to go – in fact, it may be another year or so before we see Valthirian Arc: Hero School Story 2 on the Nintendo Switch. 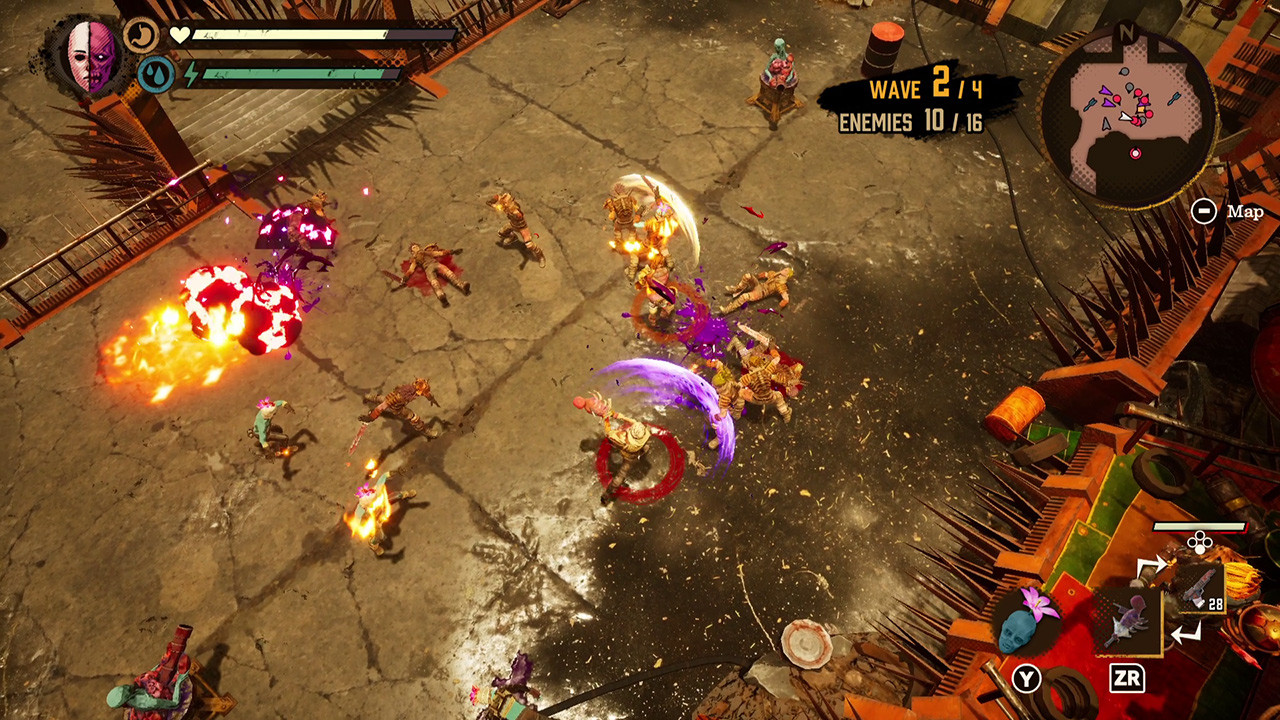 Deadcraft is one of the titles I was really excited to play before heading to PAX. Developed by the same studio that brought us Daemon X Machina, Deadcraft has an extremely short window from the announcement to the release date of May 19, 2022. Another surprise was getting a demo of which I played before going to PAX this weekend. I was unable to finish the demo on the Switch beforehand, but that was actually a good thing. Playing the PAX preview had a ton of additional goodies to help me experience a little more than what the demo back home on the Switch had to offer.

Deadcraft combines many different genres. At its core Deadcraft is a survival game but adds tower defense, town building, farming, and action RPG elements all in a zombie infested, post-apocalyptic setting. The team at Marvelous have a pretty impressive title here. I was surprised when I heard most of the cutscenes were voiced – that alone isn’t the impressive part, but the fact they were actually pretty good quality. The writing and narrative in all my playtime was above average as well, along the same vein to the humor of Borderlands.

Survival games aren’t typically my favorite genre – struggling to find a good balance of managing thirst, hunger, and stamina has been a nearly impossible task here, but luckily in Deadcraft’s skill tree you’ll be able to minimize those effects. All in all, the hunting, gathering, and Deadcraft’s action combat did plenty to keep me very interested in it.

Gonna spend many many hours on this one.

And that’s it! What did you think about PAX East this year? Did anything catch your interest? And in case you missed it, check out this article that features all our developer interviews from PAX East 2022!