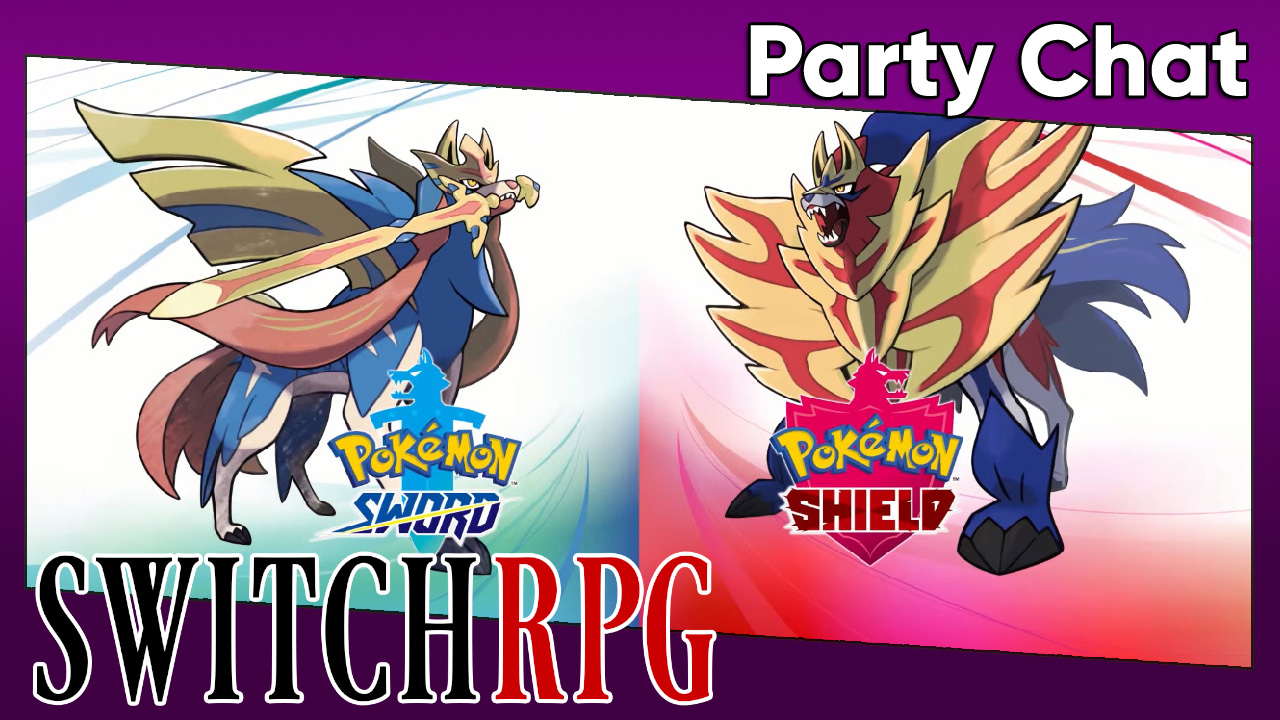 Party Chat is a new feature from Switch RPG that occurs when the planets- and the gaming tastes of our staff members- align. Much like the Party Chat feature in Dragon Quest and Tales of series, we gathered the group together for some initial thoughts on the opening hours of the latest, greatest releases on the Nintendo Switch. This week’s topic: Pokemon Sword and Pokemon Shield. 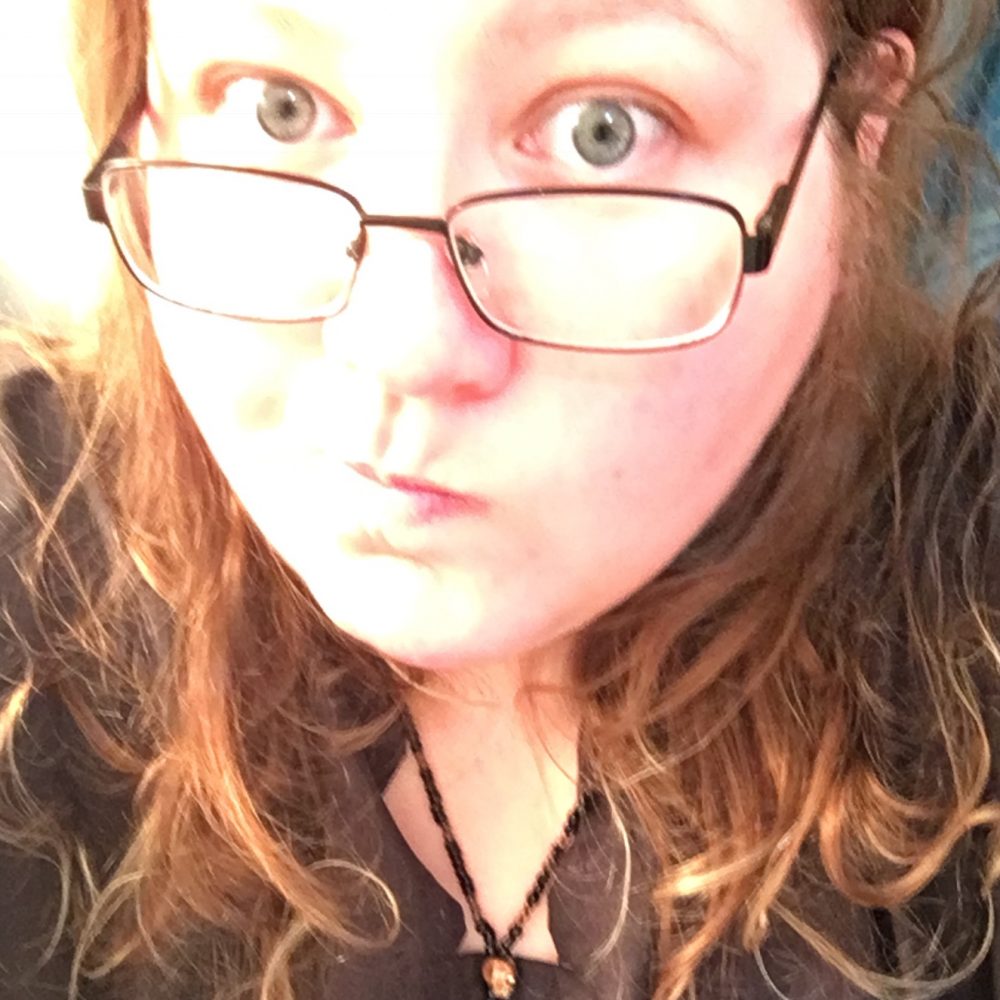 I feel a lot like the first time I did picking up Pokémon Red as a kid. The world is so immersive, and the Wild Area is addictive. I love exploring and seeing the other trainers out there with me as we all take on this journey together. It’s so incredible seeing how we started with this series and where we’ve come at this point. Little kid me would die of happiness.

The only real issue I have is minor — some stuttering when playing online in the Wild Area, but other than that I don’t mind the pop-in or the other things that folks have been so worried about. While I do miss my main buddy, Shinx, I’m finding love for new creatures as well as some old that I never gave a chance to. If this is the future of Pokémon, I’m incredibly excited. I’m six badges in, and loving it.

I don’t get people saying “the Wild Area is so cool!” It’s small. I look at the Wild Area and I see what a console-sized Route. The routes that do exist are extremely small. The game feels claustrophobic in the same way that Sun and Moon did. The Wild Area connects the three main “islands” of the game, but they’re just as small as Sun and Moon.

There are so many baffling design choices. It still startles me. But with that said, the game isn’t bad. The Wild Area doesn’t really have anything in it outside of raids in it, which I see as post game content more than anything. As it stands, you don’t need to interact with it throughout the first three gyms. In fact, it’s a bit frowned upon, since it’s so out of the way and, frankly, inconsequential.

Why don’t lower level Pokemon scale with your progress in the Wild Area? Eh, there’s way more questions I could ask, but… outside of gameplay, any thoughts on the lore or storytelling? 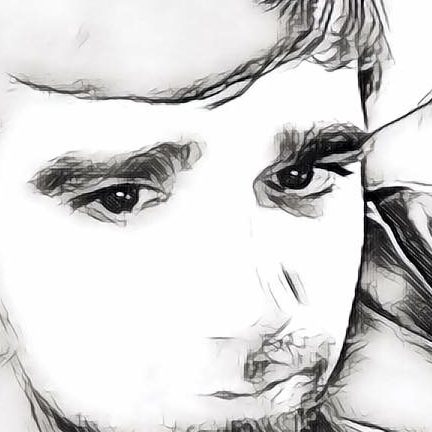 Couldn’t agree more, Evan. I’m enjoying the heck out of the game but I feel like I’m only getting a tease of what the best Pokémon game could be. Wild area kinda just feels like an excuse not to come up with unique environments for the Pokémon. Am I to believe that all the Pokémon of the Galar region chose to huddle up in an expanse in the middle and choose to show themselves when the conditions are right? Bit of a cop out, honestly and I’m sure it’s because Game Freak were so pressed to meet a deadline. Where is the sense of adventure and the thrill of the hunt?

I need something more than “well if I go to this area of the WA while it’s snowing, I can catch Sneasal.” I feel it should be more like “I’m equipping the warmest clothes and heading up that snowy mountain in hopes of spotting a Sneasal at night and if I find a cave I might go as deep as possible to find the big momma Abomisnow or Absol. And if I go all the way to the summit, time it just right at the end of the blizzard, I might spot Articuno.” That make sense? I know I’m rambling. Can’t wait to write my article on this.

Your idea for an article reminds me of what I’m most excited about for this Generation, which is an eventual Diamond and Pearl remake. The routes in those games truly felt expanse, and well-segmented enough that it felt as if the player was going to uncharted areas or trekking through swamps to get where they wanted to go.

If they took the qualities of the Wild Area and applied them to the routes of Sinnoh, the result could be fabulous. It also upsets me that there’s no real sense of height in the Wild Area- many of its landmarks are just cosmetic and there’s no overlooks where one can take the whole vista in. It’s a bit of a bummer. 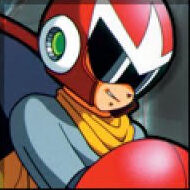 While I certainly agree that there’s more they could have done with the Wild Area, I don’t think those possibilities take away from my enjoyment. Game Freak continues to bring incremental innovations to the series, and I’m excited to see how features like the Wild Area evolve in the future.
As for what we DO have, I’m about 7-8 hours in, just beat the first gym, and loving every minute of it.

As an old school fan, I found the sheer variety of Pokémon available from the start daunting at first, but I’ve quickly adjusted. I’m used to slowly building my team of six over the course of an adventure. But with Sword and Shield, I’m instead finding myself cultivating a huge number of Pokémon at once. I plan to build out custom parties for each gym, sampling a huge variety of Pokémon along the way. And it’s the changes made to Sword and Shield that make this possible. The experience share, candies earned from raid battles, and the variety of levels of Pokémon available in the Wild Area all pushed me towards this approach.

Now, catching them all is about more than just being a collectathon, and more about being a true Pokémon Master, ready to face any challenge.

That’s a nice sentiment. I’m glad to hear you’re trying out different teams. To me, the fundamental change in approach is what has shown me that, with more recent incremental steps, Game Freak has strayed more and more from what I like about Pokemon.

On a related note, gosh, this narrative. I almost feel as if Sonia and Hop should just be permanent party members, a la SMTIV.

The narrative focuses so much on their personal agendas, I almost wonder if Game Freak purposefully wants me to lose against Hop, they’re throwing him such a pity party.

That’s a bit further on than where you are, @Jeremy (Xatres), but the point stands. Bede fills that asshat rival motif I miss so much, but the problem with both characters is that they react to failure and their desires in the most unrealistic ways.

Hop is constantly being proven second best, but has boundless enthusiasm, while Bede is a jerk who still thinks he’s better. And don’t get me started on Rose…

I can definitely agree that I’ve found the rivals for the last several generations lacking. I remember being excited for battles against the rival in Red and Blue, as they were often tough challenges that came at unexpected moments. Modern Pokémon games have you fighting your rival so often, and with so little challenge, that they feel woefully overmatched.

It’s partially the lack of effort. Why do so many pokemon trainers- your rivals included- only have around four Pokemon? I use EXP share on mine (because I don’t have a choice) and my team of six is prepared to take on whatever they might throw at me.

But, that being said, gym challenges returning have been welcome, despite some of them being really… bad.

In any case, any final thoughts? Things you’re looking forward to? Things you hope will improve?

I look forward to getting to the end game and seeing what happens from there. I hope they take the feedback from this game and give us a better sequel or a great remake of DPPt

Did you enjoy our Party Chat? Any thoughts you’d like to add on the subject of Pokemon Sword and Shield? Feel free to let us know in the comments below. If you like this article format, please tell us! We are looking to expand this concept in the future and potentially include patrons in the future!

I am not a Pokemon fan but it is Interesting idea for an article/series. Seemed to just end though with only one person responding to the last question.

if anybody has a zacian that they will trade for my zamazenta the link code is 0912 and I will be online at 3:25pm EST

Does anyone have a marsh shadow they will trade
Me on the game?