February 13’s Nintendo Direct came with a bit of a surprise – the announcement of Tokyo RPG Factory’s third project, titled Oninaki. As we’ve covered in the past, Tokyo RPG Factory is a studio with a great deal of ambition, hoping to evoke the feeling of past classics but updating them with modern sensibilities. It’s a lofty claim, and one might argue that it is the hope of most developers. The only problem is, you can’t start a studio with the intention of recreating classics – the reason a classic exists is primarily because their appeal is so finely tuned and well-realized. This is all the more evident in RPGs, where titles often live and die by their gameplay foundations. I Am Setsuna wowed with its visual style and piano score, but it didn’t do much to update the foundations established by previous RPGs. Lost Sphear added a whole lot to its battle system and introduced many quality of life elements that are often overlooked, but the title as a whole was somewhat bland. 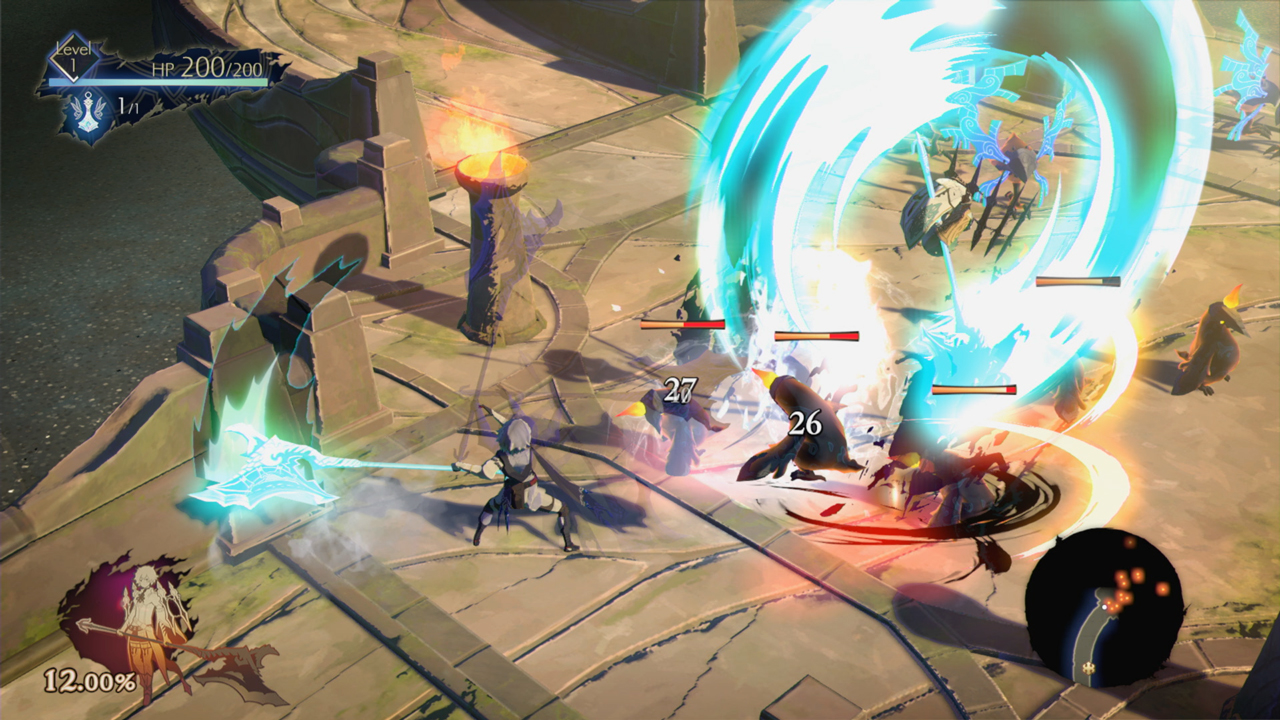 This time, however, Oninaki looks a bit different. So different, in fact, that it’s hard to ignore. Sure, the studio’s visuals seem to be consistent, with some environments looking very similar to previous titles, but the character models look improved, likely due to the action combat system. And what a system it appears to be – abandoning their turn-based sensibilities and going for something with a bit more flair. Sure, it’s hardly unique – we’ve seen several examples of RPGs where characters use the spirits of others in order to enhance their own strength – but the premise behind it is inventive, and apparently a large part of the story.

Oninaki seems to be a marked departure from the studio’s previous work. Perhaps this is a sign that Tokyo RPG Factory are looking to reinvent the classic formula in a whole new way, or maybe that this is their own “Final Fantasy.” For those unaware, the original Final Fantasy was a bit of a gamble at Square, due to series creator Hironobu Sakaguchi’s previously unsuccessful projects and the company’s threat of bankruptcy. While it’s arguable that Tokyo RPG Factory is facing similarly dire straits, they are at a point where their next title needs to do some convincing. If Oninaki’s straightforward premise, flashy combat, and distinct style can set it apart from the studio’s previous middling attempts, then it might also leave a strong impact on the RPG enthusiast, as well. 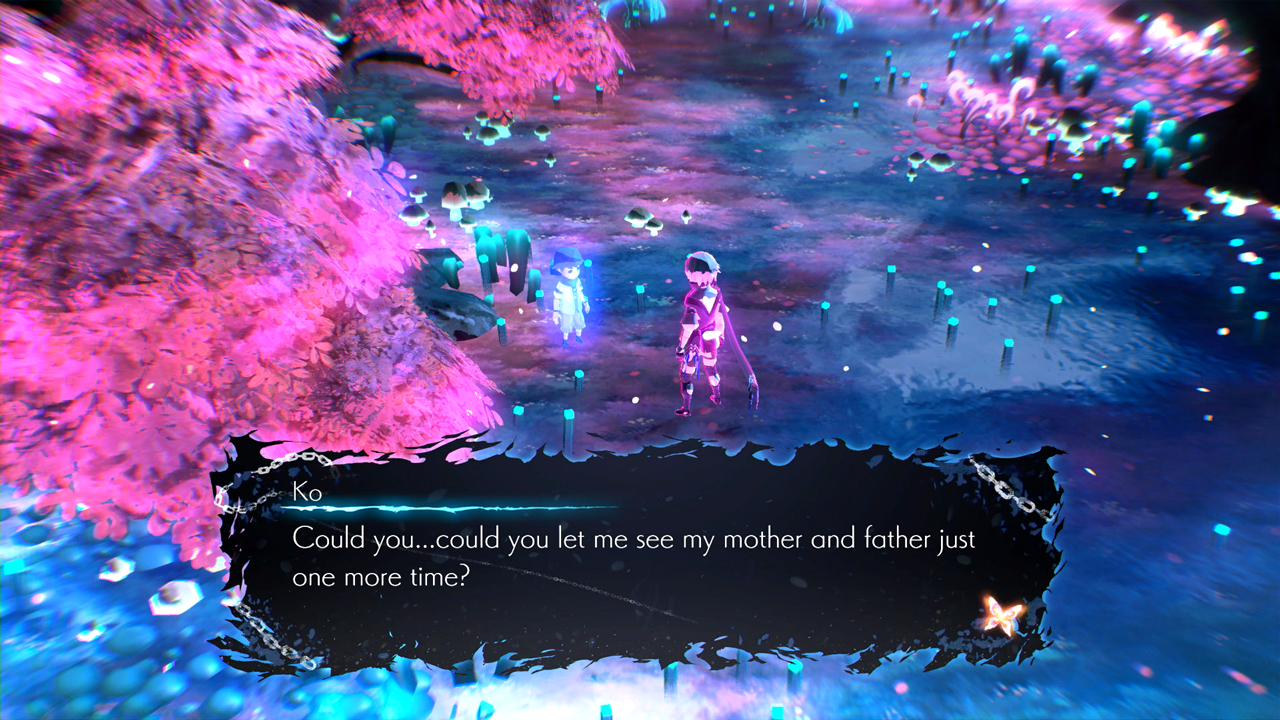 But more than that, the gameplay of Oninaki seems to have less to do with stripping away elements and more with the joy of addition. I Am Setsuna was a fundamentally charming title, but its self-imposed instrumental limitations resulted in a soundtrack that left something to be desired. Lost Sphear was about the absence of content and the journey to recover it. Oninaki’s primary message is a bit different: even in death, characters remain useful as valued elements of combat and vital story pieces. Despair leads to the loss of these souls and no hope for reincarnation. In a way, this might be telling of the studio itself. Down, but not out, the developers hope to bounce back with a title that is all about expanding options through a straightforward system, rather than the multitudes of convoluted elements that existed in previous titles.

It may be too soon to tell whether this new title is worth a look, but from a single trailer, Oninaki has spurred more interest in this writer than any of Tokyo RPG Factory’s prior work. If the developer’s intent remains focused, the lessons from previous titles are kept in mind, and the game doesn’t over-extend its novel premise, then maybe the old adage is true, and the third outing will be a real success. We’ll keep you updated on the title as details emerge, and you can certainly look forward to our impressions of the final product.

I disagree with the premise of this article. Setsuna was a fine title, not revolutionary but good in its own right. I know it’s fashionable to hate on this studio, but they have a win already.

Also, how can Setsuna have “wowed with its…piano score” but also had that limitation result in “a soundtrack that left something to be desired”? I recall the piano always being a controversial choice. Personally, I thought it fit the game perfectly, but I can see where others would find it lacking.

My thing with both Setsuna and Lost Sphear is that they treated and hyped them as essentially spiritual successors to Chrono Trigger, which most would agree they were not. Are they decent games? Sure. But their whole scheme to hang on the coattails of previous (and beloved) games was not a good idea. Oninaki, on the other hand is taking the team in what I think is the best direction yet, because another Chrono Trigger-like would have not been a smart move. And whether we agree on the quality of their games thus far, if it wasn’t for the backing… Read more »

I don’t think it’s “fashionable” to hate on any studio, and I don’t condone that sort of behavior. I have very little interest in Square Enix titles in general, but I don’t think that people who enjoy those titles are tasteless. In any case, let me clarify: I wrote this article because Oninaki looks like the first of Tokyo RPG Factory’s titles that actually has a personality and style of its own, rather than the previous two titles from the developer, and that makes me personally excited to play it. Setsuna’s draw was, “to be a game like other classic… Read more »

I dont like very much I Am Setsuna (nice music, but the game is very boring), and i miss completely Lost Sphear …. but this looks very interesting and i really hope this time the game will be good. Let see.