One Year with Octopath Traveler

This month marks the one year anniversary for the release of Octopath Traveler – one of the most hotly anticipated RPGs to hit the Switch last year. The game garnered immediate critical acclaim (including a ‘Great’ review right here at SwitchRPG) and spawned a large, dedicated fanbase, with players putting in hundreds of hours optimizing their teams, completing side quests, and taking on special, homebrewed challenges. While not every RPG fan instantly fell in love with the game, no one can doubt the impact the title has had not only on Switch owners, but RPG fans across the board. The game remains a consistent topic of conversation in communities across the internet, with the recent PC/Steam release serving to reinvigorate interest in the game and bring in a whole new set of admirers. 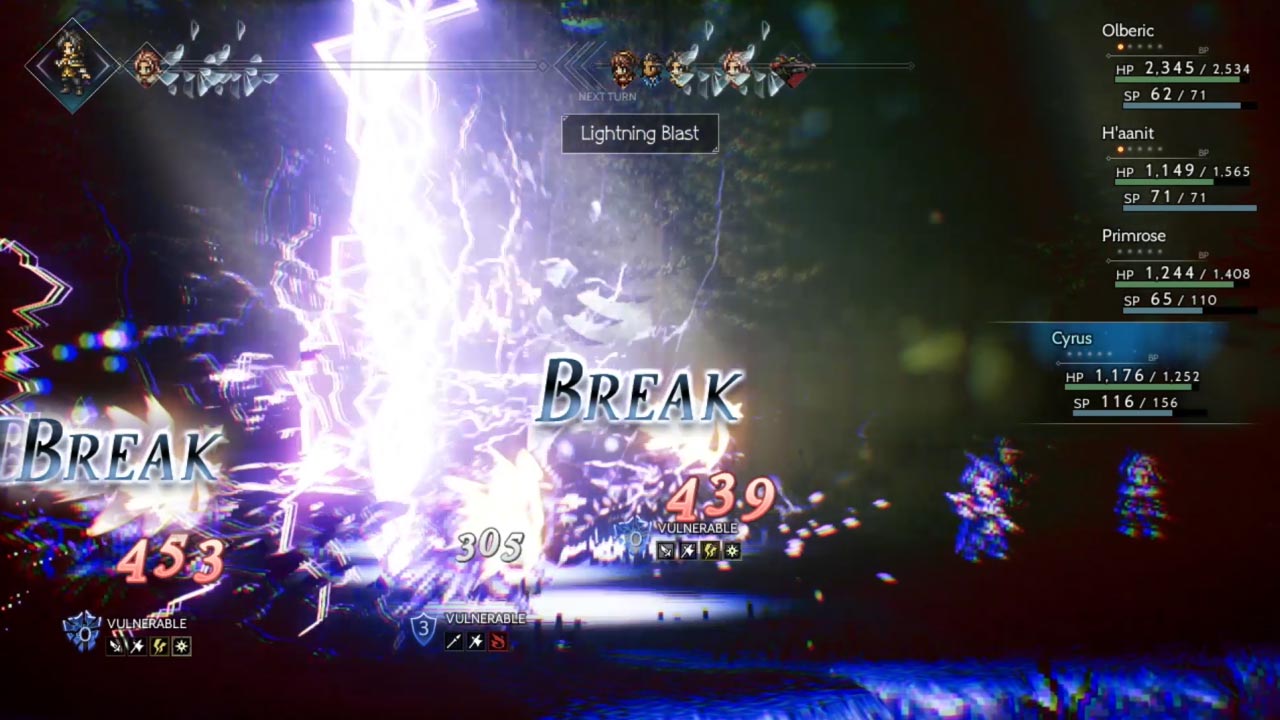 As a fan, it is extremely satisfying to see how successful the game ended up being. Square Enix went above and beyond their standard operating procedure for this game, putting early demos into the hands of players to gather feedback and give them a taste of its beautiful visuals, innovative combat system, and compelling characters. I fell instantly in love with Octopath after playing Olberic’s story in the first demo, and actually avoided playing Primrose’s side of the story until the final release. The demo allowed Square Enix to refine the game’s look and feel, make quality of life improvements, and gradually build up hype. At the same time, the months and weeks leading up to the final release saw Nintendo make a major marketing push for the game, with Nintendo Directs, trailers, another demo, and ads all over the internet.

All this collaboration between Nintendo and Square Enix paid off, resulting in this classical JRPG selling well over a million units. By the numbers, here’s how Octopath performed:

These numbers are nothing to scoff at, and have basically guaranteed that we’ll see a sequel on the Nintendo Switch somewhere down the line. 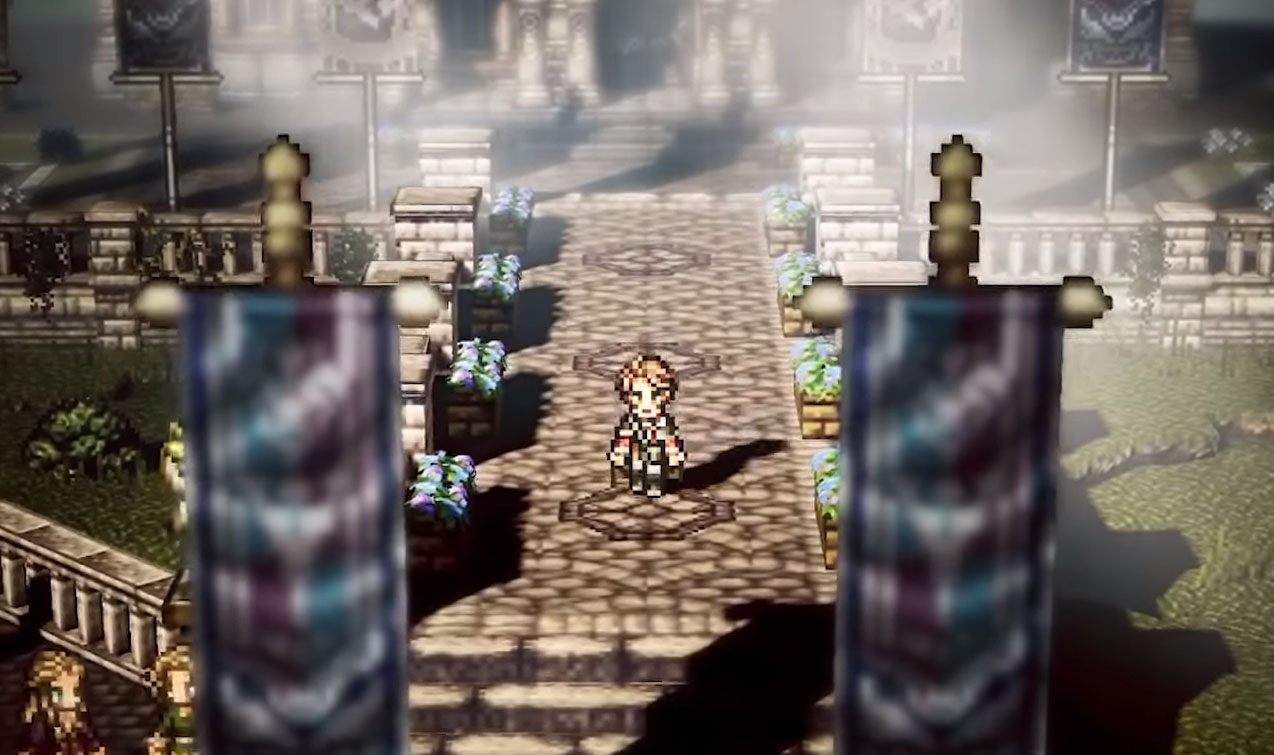 While Square Enix has revealed very little about the sequel to Octopath Traveler (and indeed, signs seem to point to the producers working on another Bravely Default sequel first), we have been shown a different spin-off set in the same world – Octopath Traveler: Champions of the Continent. This mobile title is a prequel to the main series, set on the same continent of Orsterra, with new towns, characters, and locales to explore. Champions of the Continent received its own demo in Japan earlier this year, and all indications point to an eventual Western release.

Based on the demo, we know this title will follow a similar “multiple paths and stories” format, with three major objectives the player can choose between. They can follow the path to wealth, power, or glory. As seen in the demo:

In search of wealth, you will begin your adventure in the deep forests of the Woodlands region. The one who stands in your path is “The Witch of Greed” Helminia. The witch has embezzled an immense fortune in Valore, dying [sic] the town in darkness.

In search of power, you will begin your adventure in the snow-covered Frostlands region. The one who stands in your path is “The Hero” Titus. He controls the Red Wings, an organization made to rehabilitate ex-convicts. He rules over the town of Amberglow with an iron fist.

In search of glory, you will begin your adventure in the rich plains of the Flatlands region. The one who stands in your path is “The Playwright” Arguste. The citizens of Theatopolis, the capital of arts, all admired his work, but he ended up straying from the right path.

While no one will deny that a mobile prequel cannot hope to stack up against a full, 80+ hour retail release, I for one will admit that my interest in this game is piqued. It will hopefully be the perfect stopgap for fans eagerly anticipating the announcement of a full-on sequel somewhere down the line.

Spawning a Welcoming and Active Fanbase 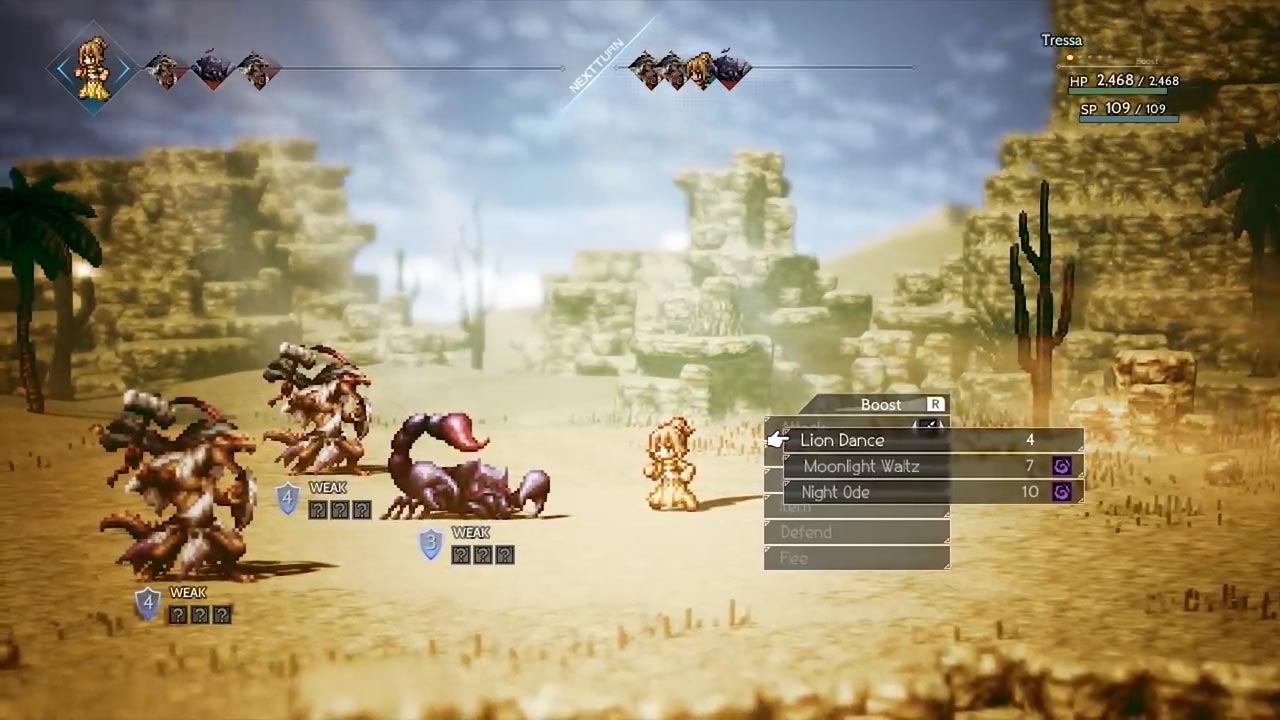 Speaking from my own subjective experience, I’ve found fans of Octopath Traveler to generally be a welcoming and easy-going lot. People asking for advice are met with friendliness and encouragement, with very little snobbishness towards others who don’t find the game their cup of tea. Octopath fans have banded together to spawn discussions of their favorite character builds and create guides, online tools for testing party configurations, and, as always, memes centered on their favorite new cast of characters.

More niche communities have formed around the game, as well. There’s no shortage of Octopath Traveler fan art to be found online, and a speedrunning community developed almost immediately after the first demo launched. Today, you’ll find people speedrunning their way through all main story arcs, all chapters, individual character arcs, and even all the way to the final boss. The fastest solo run on Switch as of this writing is held by the player Crafted, who completed Tressa’s story in 43 minutes and 19 seconds (see the video here). Meanwhile, the fastest run to the final boss was completed by player Jelloknifee in 4 hours, 11 minutes, and 25 seconds (see the video here).

What is the Impact? 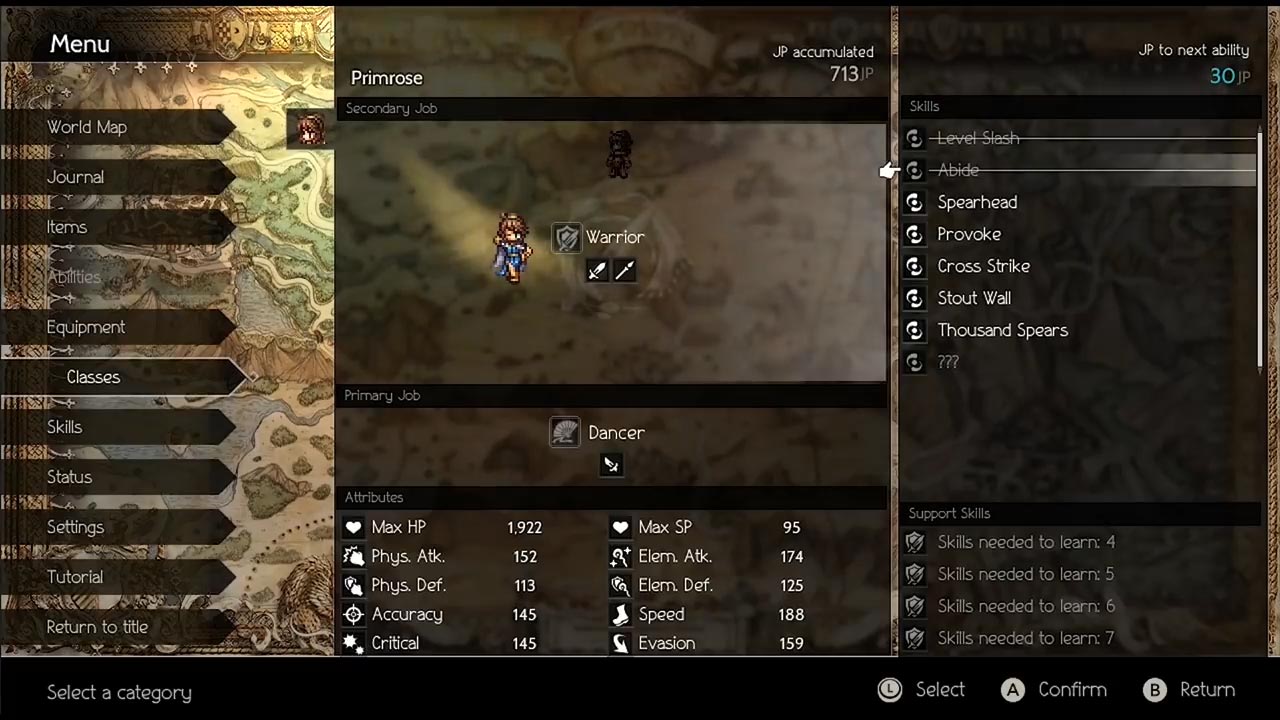 For most, Octopath Traveler amounts as a solid addition to their RPG library, a game to be enjoyed and looked back on fondly in the years to come. Some may be looking forward to the sequel and the potential improvements that could be made, while others are happy to move on and leave the franchise to its fans. For the SwitchRPG community, the game will live on as one of our highest rated titles in 2018, with multiple wins in the first SwitchRPG awards, including our community pick for RPG of the Year.

Personally, I walked away from Octopath Traveler with a new game added on my list of all-time favorites. This game will serve as a touchstone for me, both from a gameplay and story standpoint. I’ll likely end up drawing comparisons between it and future JRPGs, whether in graphic design, musical score, or combat and job systems. The characters will continue to stick with me for a long time due to each of their unique moral centers, lessons learned, and hard-fought experiences. Each of these travelers faced a challenge to their personal ideals and were forced to ask, “to what extremes do my cherished virtues hold?” Eventually, all of them learned that life is not a collection of simple statutes, but rather a nuanced and complex web of interlocking beliefs and opinions. Despite some hiccups in the delivery, I firmly believe the stories of these eight individuals all explore important themes that should stick with players for a long time.

Whatever your stance on the game may be, we should all be happy to have another great selling RPG on our favorite little hybrid console. The success of one RPG will invariably lead to more releases, benefiting all RPG fans on the Nintendo Switch.