New Game Plus: Slay The Spire 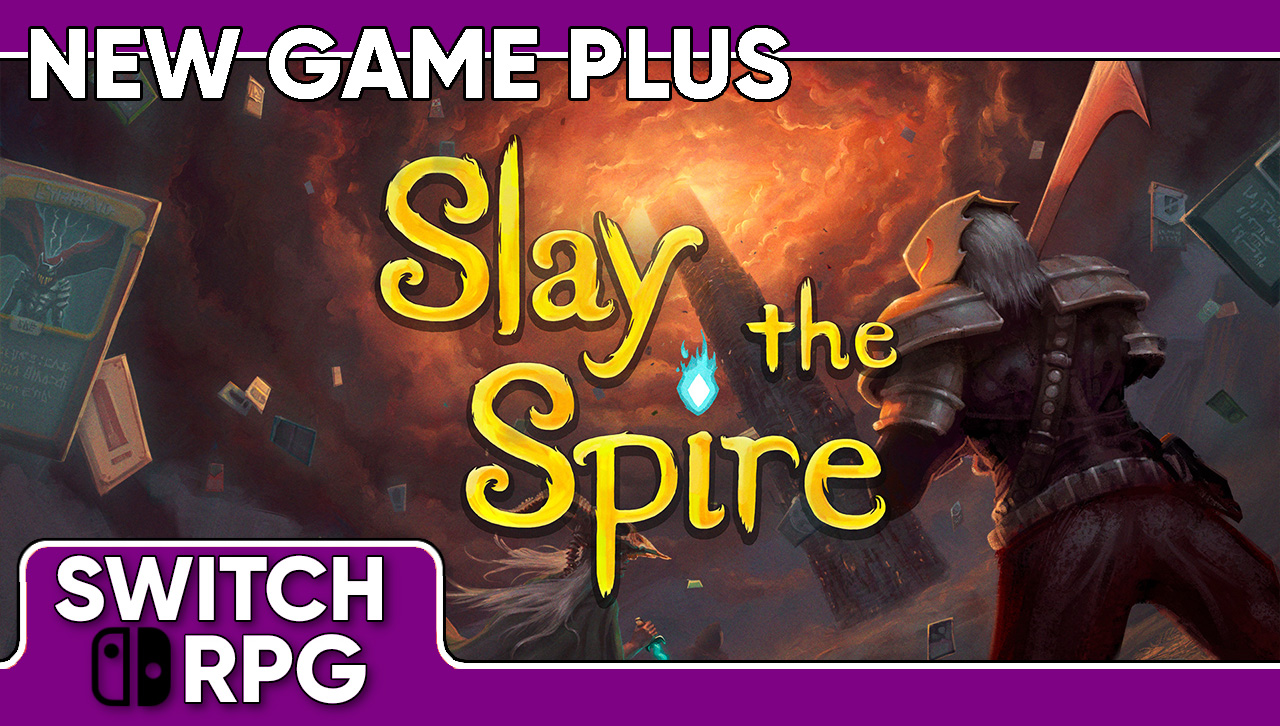 Last year, Slay the Spire brought its infectious, deck-building design to the Switch in spectacular fashion, its menu icon becoming a staple on the home screen of many tabletop enthusiasts. In our review, we lauded the game for its massive variety, challenging players to weigh risk and reward with each new added card, picked-up potion, and floor of the Spire. The roguelike risks only compound themselves once the player has completed a successful run with all three of its playable characters, unlocking the increasingly perilous colored keys throughout their run.

With its latest update, Slay the Spire has received a rather sizable addition of a new character. Though it might not seem like much, the base experience was comprised of three characters, so this is the equivalent of adding another third of content to the game, at least, in terms of experimentation. Though PC fans are already familiar with this striking individual, Switch owners can new enjoy the Watcher in all her glory. 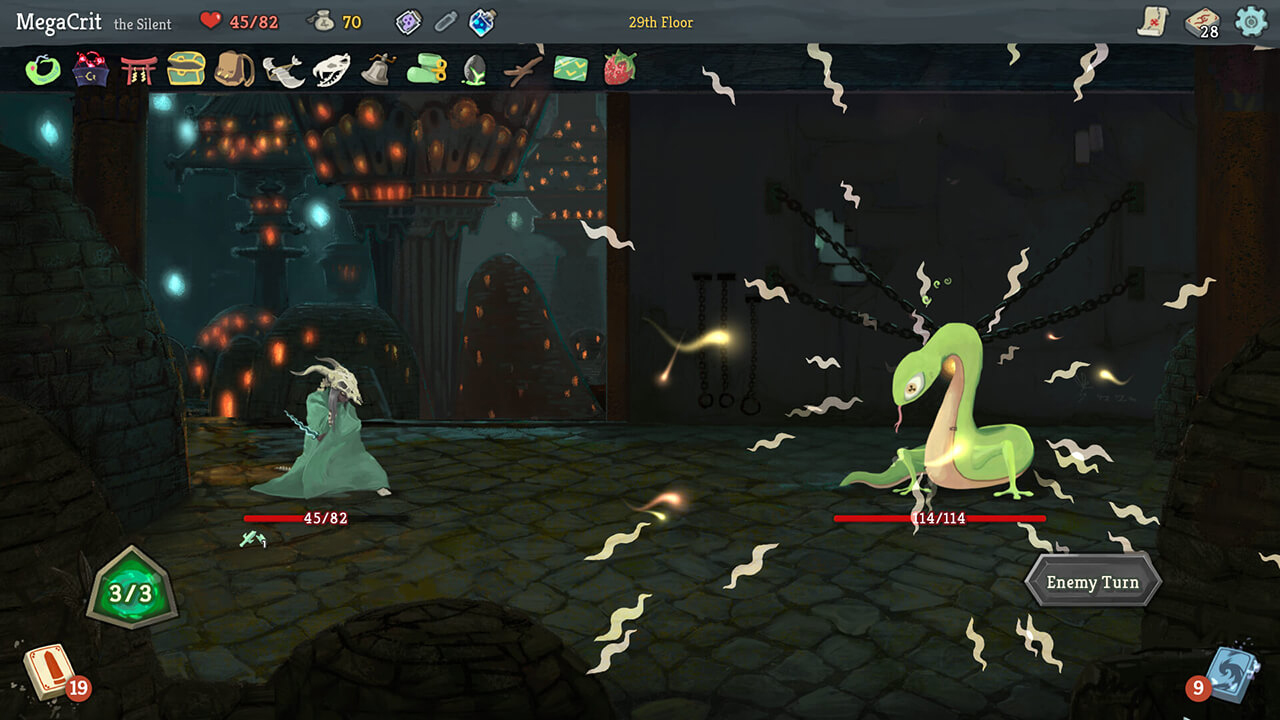 Each of the characters in Slay the Spire operate around their own specific gimmicks, so to speak, with their entire collection of cards featuring around two to three gimmicks in order to strategizing on the fly and focusing in on certain mechanics. The Ironclad has a number of strength-boosting cards that stack with status afflictions like Intimidate and Weak, though he can also benefit from self-inflicted statuses and boost his defense with cards that deal damage simultaneously. The Silent can add low-cost attacks to her hand via the use of Skill and Power cards, while also inflicting poison damage in gradual or massive amounts. The Defect utilizes a unique summoning system that can enable consistent or burst damage, consistent shields, and/or additional mana to cast cards, depending on the spread of your resources. With such varied play styles already present, the Watcher adds a new twist- the ability to change stances during combat, which grant a number of effects when either standing or exiting. If you should choose to enter the Calm stance, you’ll only receive extra mana upon leaving said stance, but when in the Wrath stance, you’ll deal and receive double damage. If you feel confident enough, you can also go the distance and attempt Divinity stance, where your damage is tripled and you obtain extra mana, but only for a single turn. 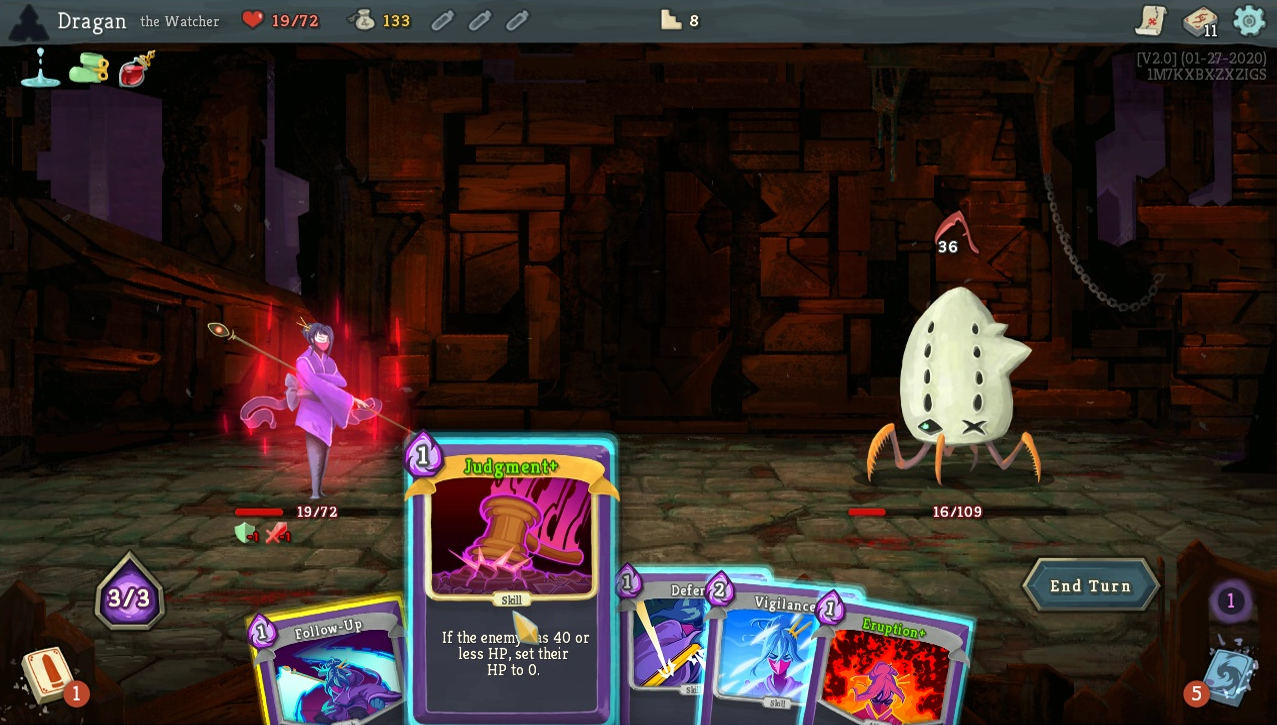 With any of these strategies, it’s hard to take advantage of more than one gimmick, and there are times when even your best-realized strategy goes awry due to certain encounter compositions or a lack of resources. Luckily, the Watcher is highly focused around a central gimmick that applies to a variety of cards in different ways, similar to the Defect. Her learning curve is a bit easier to handle in comparison with the Ironclad and the Silent, which might make her more welcoming for newcomers. If you aren’t satisfied with the initial builds of each character, you can always create a custom deck or join the daily challenge to see how strong your understanding of the game’s mechanics are. In addition to the Watcher, many new potions and relics- the game’s equivalent to equipment- have been added to the game, some exclusive to specific characters. There’s more options than ever to utilize, though many of these new potions and relics have highly specific and beneficial uses, so their application is a bit less vague and predictive than some of the earlier, high risk and reward options. It’s a better time than ever to start playing Slay the Spire, with four highly unique and engaging character play styles and loads of customization. While the initial release was a bit of a mixed bag due to the Silent’s shaky foundations and some technical bugs, this latest console update makes the game a must-have.

Do you have a favorite character or build in Slay the Spire? Are you on the fence about this title, or maybe you’ve logged a bit too many hours into it? Let us know in the comments below, and keep on the lookout for more installments of New Game Plus as more titles receive new content.