Overland is a roguelike in its proper form – you push as far as you can cross-country with your party of normal people, and once you’ve fallen, you’ll need to start all over again. It’s punishing, sure, but it’s also a title where each step forward offers its own precious rewards. Testing out new scenarios, weapons, and combinations of volatile gameplay elements yields valuable information that will benefit you in later runs. That being said, Overland was a title with a few troublesome bugs and a disappointing endgame experience – once you’ve made it across country, you have seen it all, so to speak. The developers at Finji were not quick to give up on this darling strategy title, however, and its latest update offers the kind of content that players were craving.

As it turns out, we were craving dogs.

The recent Overland patch adds what has always been desired: Pugs. That’s right, this new and exciting breed of dog can be recruited to the party and kick just as much, if not more ass than every other dog in-game. Okay, they’re just a new skin for the already-faithful and very reliable dog recruits you can get in game, but as a former pug owner, myself, I can appreciate the inclusion. 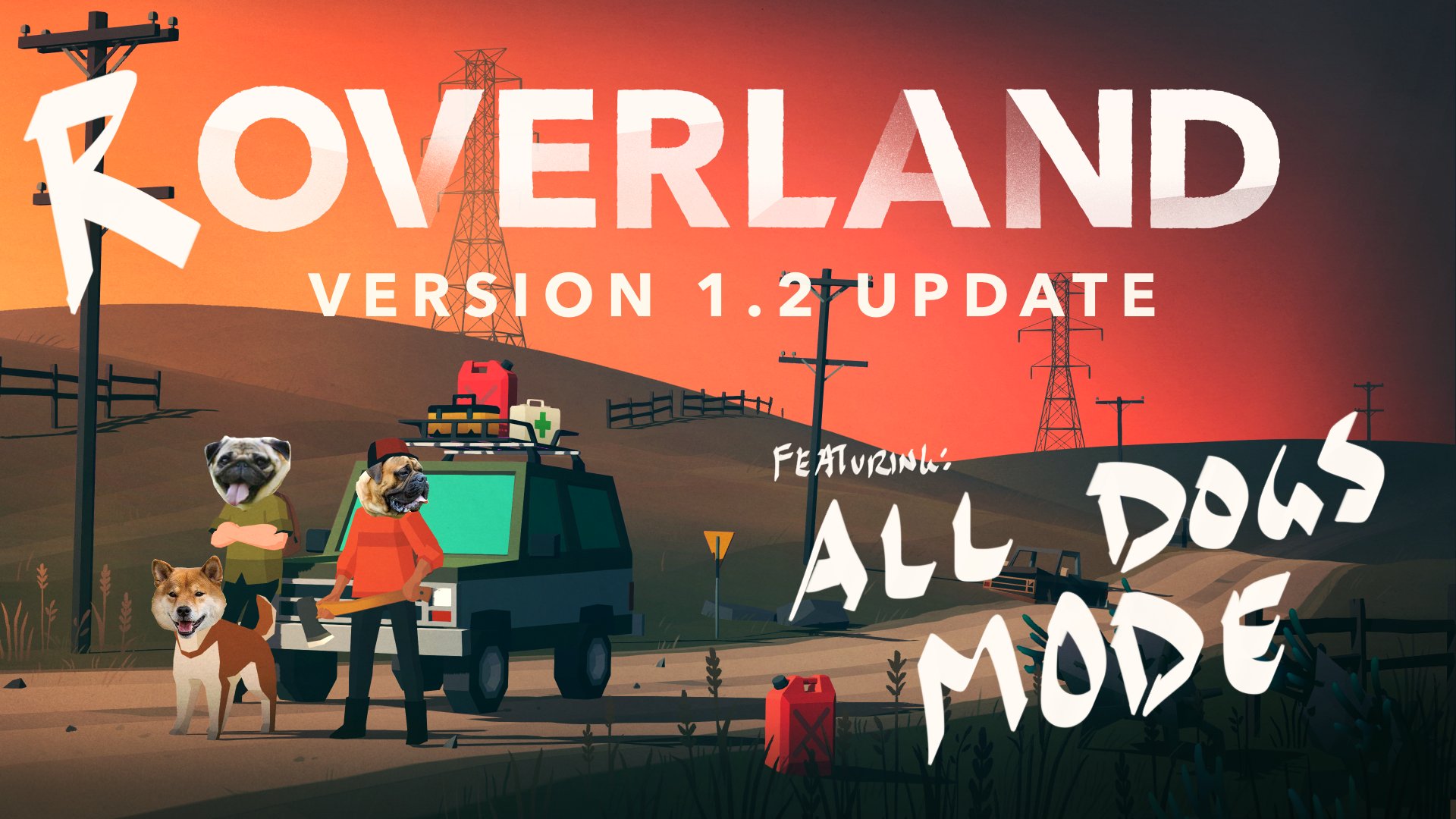 As if those dogs weren’t enough, several new modes and difficulty options have been added to the game to vary play styles, the most important, of course, being ALL DOGS mode. You heard me, instead of needing to play as a filthy human, you can create a team of the best boys in town and drive your dog car across country in order to murder each and every creepy rock-insect around. I would go so far as to say this could very well be an easy mode to the game, as dogs are incredibly useful characters for a variety of reasons, but the developers at Finji did also add a new easy difficulty as well as a tourist mode to the game in order to allow newcomers to enjoy the narrative and ease into the gameplay.

Interactions with certain units and items have been improved, allowing for easier item management and more reliable trading with NPCs. There are new enemy types, as well as new events and hazardous behaviors to be taken on as you continue across country. The inclusion of Rest Stops mid-biome is sure to be a boon for players feeling worn out by the progressively intensifying challenge on display. While not a content expansion, per se, the amount of new features added to the game with this patch is substantial and bound to add at least a few handfuls of runs to your Overland playtime.

Have you played Overland yet? How are you enjoying these new updates? Still struggling to finish a normal playthrough? Let us know your thoughts and impressions in the comment section below, and keep your eye out for new installments in the New Game Plus series!

Really what the game needs is a completely overhauled UI that can actually be interpreted and used by a normal human adult and a tutorial that explains their backwards method of accomplishing seemingly basic tasks like changing out items or fueling up your car. Far too time-consuming and frustrating as a whole and it’s all because they just randomly decided to not explain any of their re-inventing-the-wheel game mechanics. Spend a literal hour on a run just to die for a reason you have no way of being able to perceive or identify – because it’s never explained. Wondering if… Read more »

Yikes! I didn’t find the UI that unintuitive, but I suppose everyone has their preferences. One of the things I enjoy about the roguelike genre is learning how things interact and work- and I will say that the new update does offer a tutorial for the start of any and all campaigns!