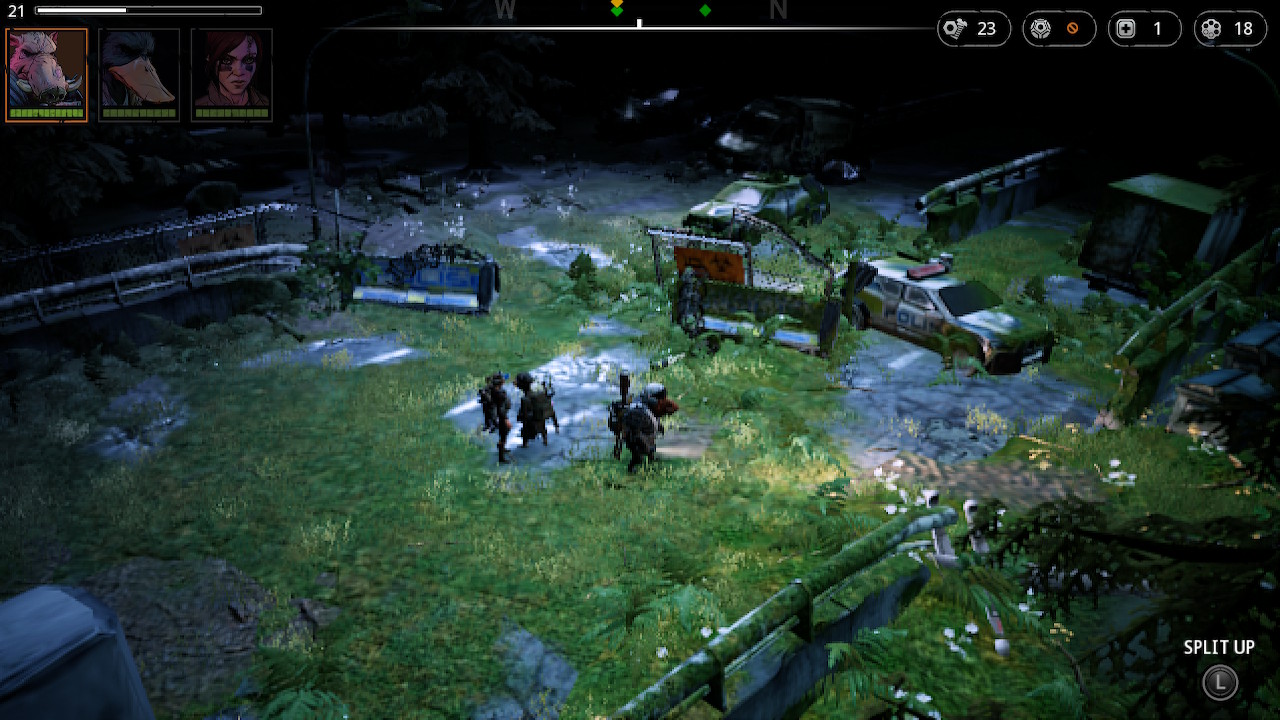 Mutant Year Zero: Road to Eden is a XCOM-like turn-based tactical RPG developed by The Bearded Ladies and published on Switch by Funcom. I haven’t found many great XCOM-like experiences on the Switch, aside from the surprisingly fabulous Mario + Rabbids Kingdom Battle from 2017. When I first saw trailers for Mutant Year Zero, the game grabbed my attention with its robust tactical combat and interesting story and character design, so I was excited to see the game was being ported to Switch.

As the game opens, you take control of Bormin and Dux, two Stalkers who are tasked by the Elder to head out and find their comrade, Hammon. A deadly plague and global nuclear war has broken out and humans have mostly become extinct, with the remaining few transforming into mutants due to the radiation. The Ark is a fortified settlement where the last of civilization resides, and The Elder, the sole individual with knowledge of the past, resides within. Bormin and Dux, along with other Stalkers, are dispatched from the Ark into the Zone- the surrounding wasteland- to scavenge for resources in order to keep the Ark functioning. In the Zone, the Stalkers aren’t alone- they must deal with Ghouls: human survivors that have gone insane, choosing violence and worshiping the old world civilization. As you head North on your quest to find Hammon, you rescue Selma, a Stalker who worked with Hammon, and learn of the Noca Sect.

As previously mentioned, Mutant Year Zero is a XCOM-like experience. On the world map of the Zone, there are a number of smaller locations connected by interwoven routes that you can travel between. While at the Ark, you can turn collectibles in, gather supplies, and upgrade your weapons. In each location, gameplay is divided into two phases: exploration and turn-based combat. While exploring, you use your flashlight to search the areas for loot, including notes, collectibles, scrap, med-kits, weapons, and weapon parts. When you enter combat, the game shifts to a grid based system, during which your party of up to three team members has the option to take two actions per turn. Some characters can unlock the ability in their skill tree to take a third action per turn, as well. 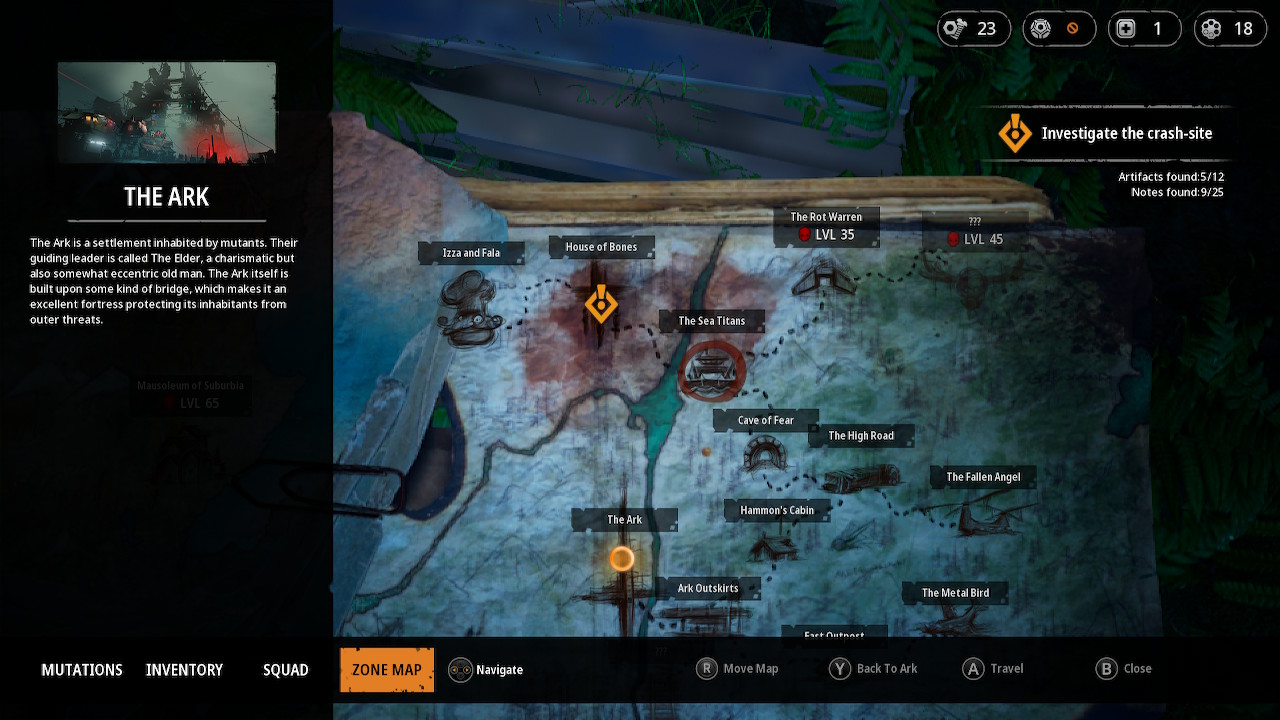 So far, Mutant Year Zero has been a mixed bag experience on the Switch, at best. The technical issues and muddy graphical presentation are very frustrating and at times make the game unplayable. There have been several occasions where, halfway through a difficult mission, the game has frozen and then crashed, leaving me no choice but to restart. In one specific instance, I’ve had to replay a mission three times. 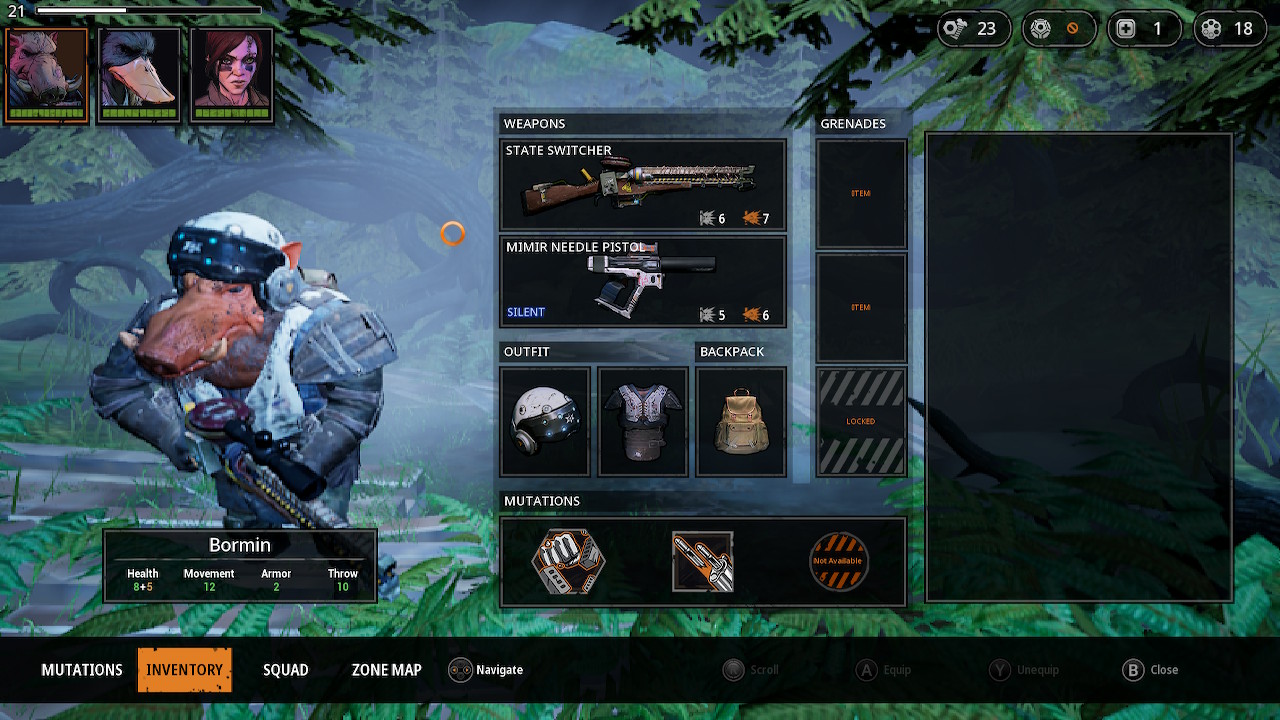 Mutant Year Zero was one of my most highly anticipated summer Switch releases, but the performance issues have made this game a chore to enjoy. The robust tactical combat is a joy to play, but the technical issues break the immersion and ruin the potentially well-crafted experience on Switch. I will continue to push forward slowly and hope the developers patch the game, as I like these XCOM-like titles, which are in low reserve on Switch. If you’d like to discuss the game further, come chat with us in our SwitchRPG Discord.