In a world where many developers and players are putting stock into massive multiplayer experiences over single player campaigns, what we’re about to dive into might be considered blasphemy when taken at face value. Rest assured, I am with the everyone that still desires rich, meaningful single player games! What I’m about to suggest isn’t a declaration that either style of play is greater than the other – quite the opposite, really.

I believe that each side can learn from the other, for the betterment of the medium as a whole. So today, I’m going to go over a handful of design choices prevalent in multiplayer games – notably MMORPGs – that I’d love to see become more common in single player titles. But don’t let my personal list be the be-all and end-all of ideas; please share your own desires – or rage at these choices – in the comments down below!

In many titles, resource gathering is nothing more than a means to an end – crafting – but it has the potential to be far more robust. Final Fantasy XI is a great example of this, because it made the process of gathering the raw materials an adventure in itself. As a gatherer, not only did you have to invest in the proper equipment for the job – like pickaxes and hatchets – you also had to mindful of your surroundings.

Gathering proved best when performed in its own gearset, which would reduce the amount of tool breakages from the act of harvesting. The downside to this was that you’d be ill-equipped to take on enemies, should they rear their ugly heads – and they would, believe me, since resource nodes were almost always within contested areas. Because bag space was an issue, especially early in the game’s life cycle, it meant that you weren’t always able to bring along a full set of adventuring gear in addition to what was needed to gather. This meant that the player had to consider how much risk they were willing to take on for potential rewards. Ultimately, the player could A) ignore optimization and reduce profit margins, or B) go all-in, be aware of their surroundings, and ensure the highest profit potential. 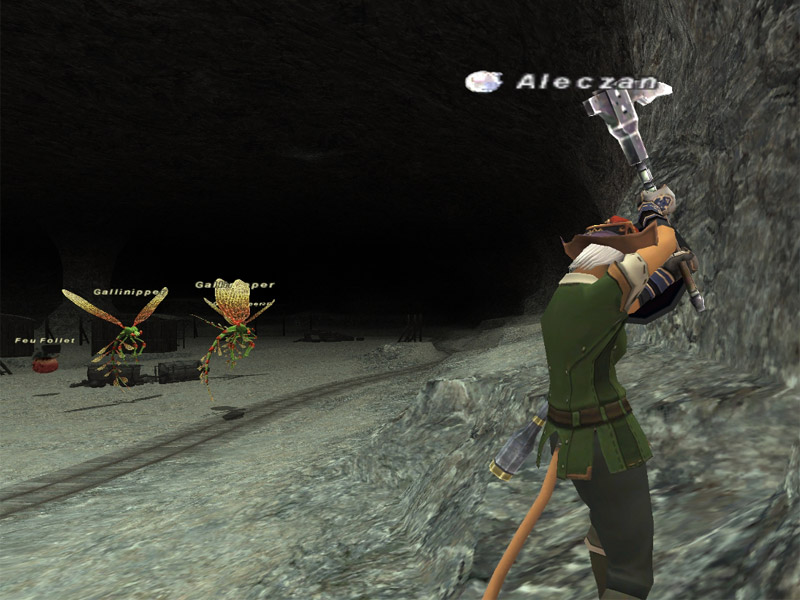 Balancing risk versus reward was key here, as will be the case with all of my points in this article. Some might think this particular system is too hardcore, but it had an undeniably attractive payoff when performed properly. Have you ever stopped to thing how dull resource gathering can be in most games? I’m re-playing The Witcher 3 right now, and have been amazed by how much it vomits herb nodes everywhere on the map. While this makes it far more accessible, it is so brainless that little stimulation is required to complete the action. Some people like being able to check these kinds of activities off their list quickly – that is totally fine – but I am not one of them.

In Final Fantasy XI, many resources were hard to come by but could either be sold at a premium, or used in a plethora of crafting specializations. I feel that this same principle could be applied to single player resource gathering: make it more interactive and less of a thoughtless process. To me, there’s nothing exciting about having beneficial resources readily accessible to the player, when there is clearly a way to flesh it out into its own “adventure” of sorts.

Crafting went from being a pleasant surprise in games to something that is often shoved in superficially. Dragon Quest XI, however, is a relatively recent example of doing crafting right – there are loads of potential gear of varying qualities and requirements, with the most coveted pieces requiring hard-to-find components. They took it a step further by making the process of crafting an interactive mini-game in itself, and an enjoyable one, at that.

Unfortunately, this level of detail and care has become somewhat of an anomaly in the single player space, but many MMORPGs still make it their calling card. Final Fantasy XI, XIV, and the Elder Scrolls Online have deep, rewarding crafting systems that rarely feel tacked on, and are often well-worth the player’s investment. One can look to these systems as proof of crafting systems that reward the player adequately for what they, in turn, “pay” into the system.

Of course, risk versus reward comes into play here once again, with the introduction of fallible crafts – not every synthesis is a guaranteed success, depending on the product in question and your current skill level. Recipes around your level may be easy enough, but you may have a small chance at crafting an extremely useful item that, in theory, is well out of your current crafting capabilities. You might attempt to craft now and result in failure (and lost materials). Alternatively, you just might get lucky and come away with something that is quite powerful for your level.

Some may chalk this up as an unnecessary level of RNG, but that isn’t the case at all. What I’m suggesting is enhancing the crafting progression in order to make it feel more rewarding. Not only does this give additional meaning to a player’s crafting level, it also puts increased value on the raw materials themselves. Encourage the player to work at making improvements over time, while still allowing the opportunity at risky crafts for the truly bold and brave.

To bring this point full circle – I simply want developers to think more about how they implement crafting, rather than putting it in just to cross a basic feature box. Without a true sense of risk versus reward, you might as well save the player a step and give them the finished products through other means – monster slaying and merchants – rather than wasting their time and effort.

We live in the days where in-game clocks aren’t uncommon, especially when it comes to the open world variety. Game worlds have become so detailed that they often follow their own time – crazy, right? But why not capitalize on this feature with other things, like rare monsters and events. Before we proceed, let it be clear that I DO NOT mean the random, “dynamic” variety that Preston Harvey can’t wait to tell you about – for eternity – in Fallout 4. What I mean are creatures so elusive they may only be seen during a certain time period, a specific type of weather, a far-off location, or after killing its minions unknowingly. 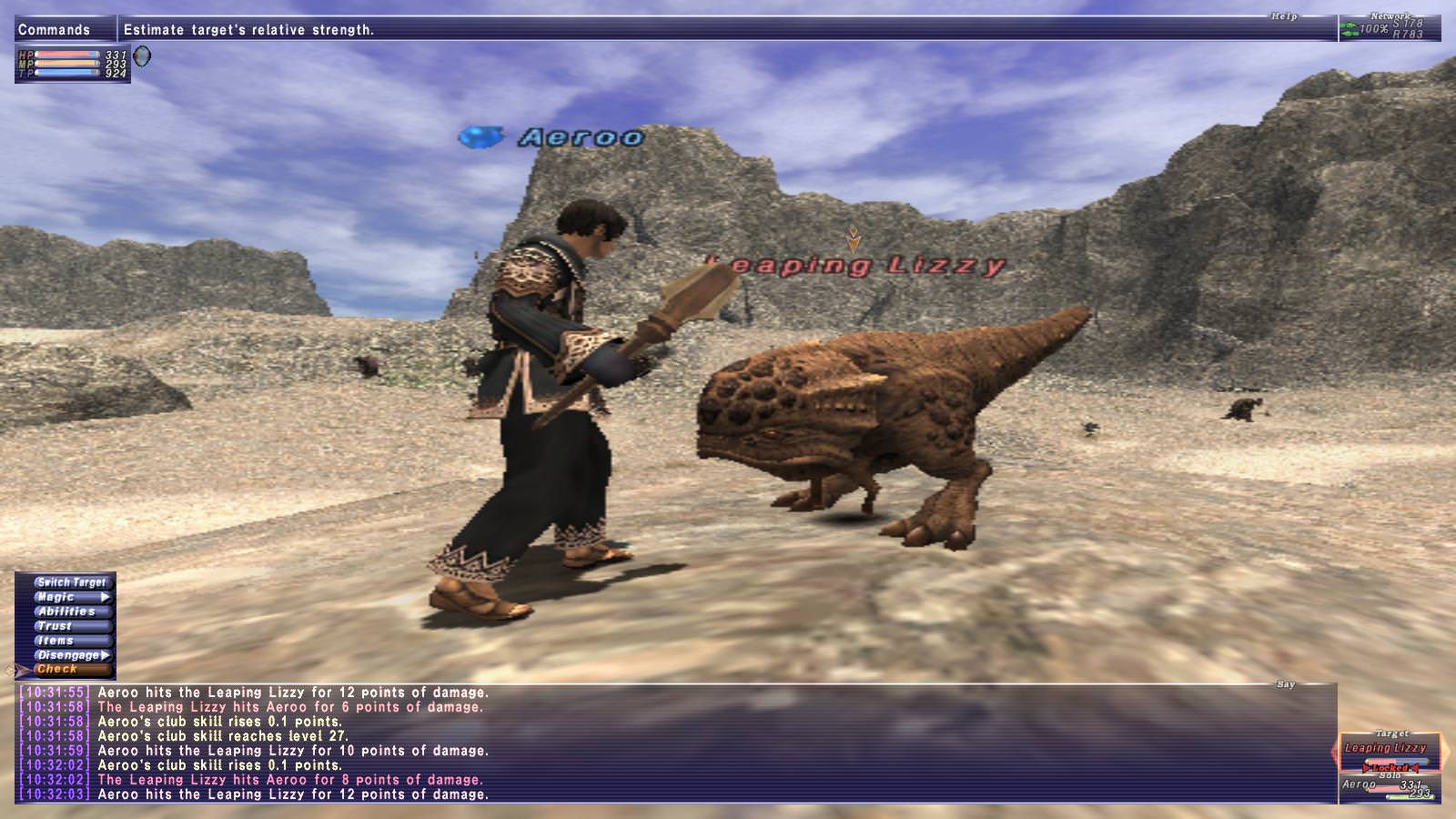 Final Fantasy XI was notorious for this with its… fittingly named… Notorious Monster system. These rare spawns were wide, varied, and generally rewarded the players handsomely for their time. However, they weren’t easy to deal with – in fact, these enemies were often very difficult for their level range, even with a party, but bagging them meant you often walked away with something truly special to show for it.

Meaningful rare monsters further emphasize world exploration, as some can be in far-off remote locations, or well-off the beaten path. A more recent example of this would be the rares in Xenoblade Chronicles 2, but many of those weren’t necessarily that “rare.” Rare monsters, using the framework outlined above, are a great conversation piece though, as it fuels friendly competition among fellow players when you might have come across something that many others haven’t before. In my opinion, genuinely rare monsters encourage thorough exploration, theorycrafting, and playful banter, and I see no reason why their inclusion could be considered a detriment to any game.

As you can see, I’m a huge proponent of the risk versus reward mindset, but I’d like to know what YOU think. Do you agree with my ideas, or would you do things differently? Let’s discuss!

I’d love to see all of these things come to fruition. One hurdle for meaningful resource gathering and crafting is that i think you do need some sort of player driven economy to become something other than a chore. And now i was to play Elder Scrolls Online again….. Rare monsters is definitely something I want to see in single player games and this shouldn’t be difficult to do. That’s one of the fun aspects in the Borderlands series I enjoy. While it wasn’t always a “Named” rare enemy, there was always some randomness involved in what enemy you could… Read more »

A player-driven economy would definitely immediately solve the potential “chore” feeling, but I also thought that just being able to convert those resources into whatever currency the game uses – and at an exceptional rate – would work, too. That way, it could be used for either crafting or as an investment for other purchases.

Patiently waiting for a Switch port…