Most Anticipated Switch RPGs of 2019

2017 was a fantastic year for Nintendo’s then newly launched hybrid gaming console. Heavy hitters, such as Breath of the Wild, Mario + Rabbids, and Xenoblade Chronicles 2 helped carry the role-playing torch from 2017 into 2018, where we received titles like Octopath Traveler, Diablo 3, and many more. 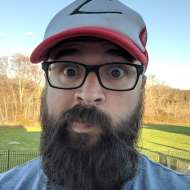 Tales of Vesperia. Having missed out on the previous version of the Tales of Vesperia releases, Bandai Namco is celebrating the 10th anniversary by letting players experience the game all over again. The definitive edition consists of new HD improvements, new characters, and other additional content never released in the West. I cannot wait for this game. Not only does the game look beautiful, it also has an amazing soundtrack and voice acting. Now, we finally get to experience one of the favorites of the series in all of its definitive glory.

Fire Emblem. Ah yes…Fire Emblem. A series I’ve known about since the beginning of time, but only really became interested when Nintendo dropped the trailer for Fire Emblem: Three Houses in the 2018 E3 direct. Well, that’s about to change. This latest title intrigues me the most, the anime-inspired art style seems to fit well with the visuals I’ve been loving lately. As I mentioned, this would be my first entry into the Fire Emblem world and I am looking forward to it whenever it happens to release. For me, this one is a must buy.

Decay of Logos. Do you like Dark Souls? Do you like Legend of Zelda: Breath of the Wild? If the answer is yes, then meet Decay Of Logos. A ZeldaSouls game? I don’t know? In development by Amplify Creations, Decay of Logos hopes to challenge you in this third person action RPG. In the initial trailer, the environment is incredibly reminiscent of Breath of the wild, but it does lack some definition. Some things like the grass, flowers, and trees seem to blend together, but that has been evolving. I have been following this game closely for some reason and have kept up with the developers blog. They have made several changes in the environment to make it feel more alive. Keep your eye on this one.

Pillars of Eternity II. Pillars of Eternity 2: Deadfire may be the closest we get to experiencing the true pen and paper experience on the Switch. There is a lot to this game. It has deep character customization, a deep story, and deep oceans. Initially released on the PC but we now get to explore a large world on land and sea. Yes, that’s right – ship battles. You can captain your ship and explore the world. This game also has many characters voiced by members of Critical Role. 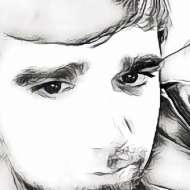 Final Fantasy: Crystal Chronicles.The concept of the game was wayyy ahead of the technology that was available at its launch. Nintendo Switch Online will streamline that experience and should allow the game to reach its full potential, even if it is over a decade later.

Vampyr. It was an absolutely incredible story that was mired by imbalance in difficulty and awkward combat. Patches were subsequently released to even the experience out though. The Switch version will already have those adjustments built in upon release, and should be a solid reason for Switch players to experience one of the best in-game stories of 2018.

Pokémon RPG 2019. It’s our first new world of Pokémon built entirely for the Switch. If Nintendo chooses to include Switch Online functionality , or better yet make it a full blown MMO for Switch…they could truly take over the world. 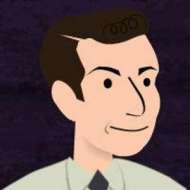 It’s great when teams get to work on passion projects after working on one thing for so long, and that’s what Town looks like to me. Game Freak, the developers behind the Pokémon series appear to have been allowed to let their creativity out while building on what they do best, make RPGs. With Town, they aren’t limited by a formula or list of requirements – they can make a compelling and fresh RPG in a different universe with its own new and unique style.

Final Fantasy (CC, 7, 9 & 12). It’s great to see one of my favorite developers supporting Nintendo again. I spent so much time playing their games on SNES as a child and Octopath was a breath of fresh air this past year with its amazing art and music. With Square seeing great success on Nintendo’s new platform they are bringing some of their best and beloved games to the Switch, some of which have been platform-restricted in the past. It will be great to re-play CC on a modern device, online and with the proper hardware that the game always could have used before. Lastly, being able to go anywhere and have FF7, 9 & 12 with you is a dream come true to gamers. For some, it will be great to relive past memories while others who have never played these entries will be in store for a real treat.

I’ll have to agree with Rich in regards to the plethora of Final Fantasy titles coming in 2019. There is a lot of quality content to be had as long as they don’t botch the ports like they did the Steam port of Chrono Trigger. IX and XII are of particular interest to me since those are two that I have never actually finished despite getting about 90% through both titles multiple times. I have also never played Crystal Chronicles, and it sounds fun as crap.

Additionally, I’m very excited for Shadows of Adam, an indie RPG that released on PC a couple of years ago and is headed to Switch pastures soon. It has absolutely beautiful pixel art, an amazing soundtrack, and can be quite a challenging turn-based RPG at times. It is a throwback to older JRPGs in the most genuine sense, and I am really looking forward to having it on the go.

Town. While Game Freak is primarily known for their work on the Pokémon Series, it’s exciting to see them make an RPG not bound by the features and expectations required by a Pokémon title. With a beautiful art style and an interesting concept, I’m excited to see where this adventure takes us.

Final Fantasy XII: The Zodiac Age. Having played the Steam version, I couldn’t help but think how good it would be to have with me all the time, slowly working my way through the mountains of side content there is in the game. Not only was this one of my favorite remasters in recent memory, it became one of my favorite games I’ve played in recent memory. It’s a wonderful experience, and it deserves a home on the Nintendo Switch.

What are you most looking forward to in regards to Switch RPGs in 2019?

SOOOO much to look forward to!